There are approximately 15,500 transgender service members in the United States Military, making it the largest employer of the trans community in the country. And although the repeal of Don’t Ask Don’t Tell was a step in the right direction for the acceptance and respect of our LGBTQ service members, trans people were not — and are all too often still not — a part of the equation when it comes to equality within the military.

It was after the repeal that filmmaker and activist Fiona Dawson decided to share the stories of four transgender service members in her new documentary, Trans Military.

“I was one of the many advocates around the repeal of Don’t Ask Don’t Tell,” Dawson told INTO, “and it wasn’t until after that repeal that I came to understand that it allowed lesbian, gay and bisexual people to serve, but transgender people were still banned due to outdated policy. I felt ashamed that I had been this advocate and constantly said, ‘LGBT’ but actually it was not making change for the ‘T’ at all.” 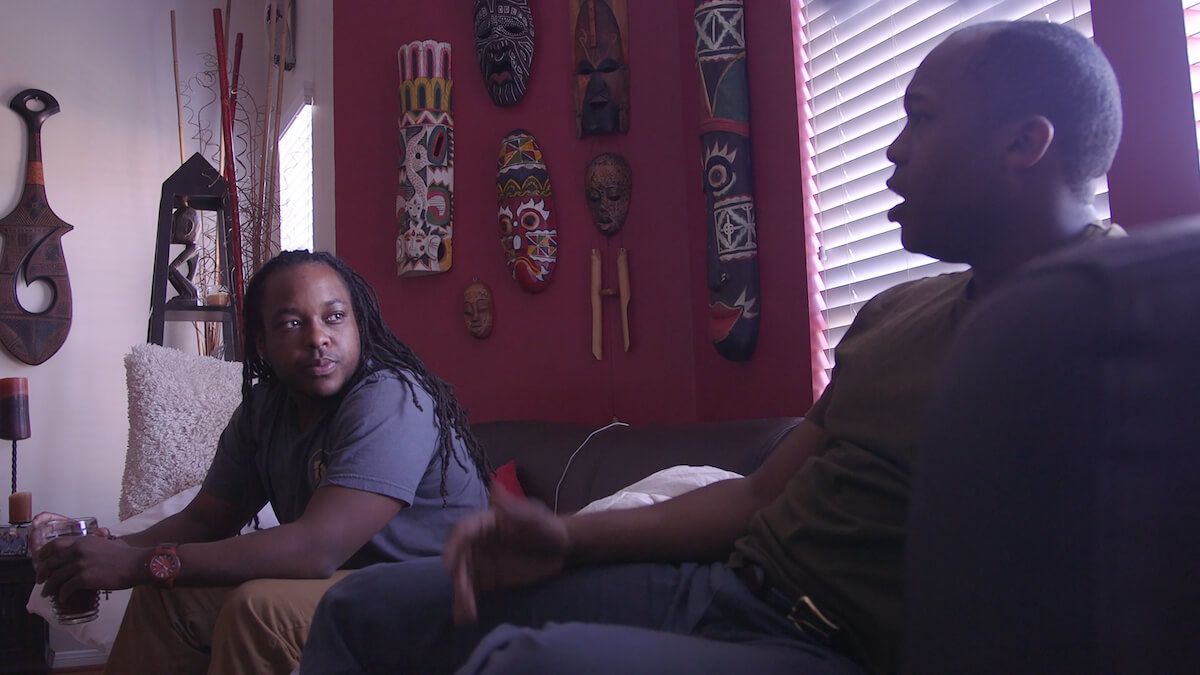 In a combined effort with director Gabriel Silverman and writer and producer Jamie Coughlin, Dawson and the team began to attend meetings of an organization called SPART*A, which advocates for actively serving transgender military members, veterans, and their families. It was there that they were introduced to the characters of Trans Military, Senior Airman Logan Ireland, Corporal Laila Ireland (Villanueva), Captain Jennifer Peace, and First Lieutenant El Cook.

“There was a secret meeting, the first of its kind actually, in Houston in January of 2014 I believe,” Dawson said. “And that is when the first time active duty transgender members got together for a conference and really were able to talk about how we can change the policy and also empower them on how to share their story. So I met 20 active duty service members at that conference and did preliminary interviews with them and just really formed friendships. I think it all really comes down to trust and them trusting myself and my team to be able to document and share their story accurately and fairly.”

Trans Military gives a glimpse into both the personal and professional lives of the characters and some of the struggles they face as service members who live in constant worry that they will be outed or if they are out, how they will be treated by their superiors and their peers. Dawson spoke of one instance in particular when she and Senior Airman Logan Ireland were on a Skype interview while he was on deployment and how he had to hide while speaking to her for fear of being outed.

“He had a couple of friends with him who knew he was trans and were completely cool with it,” Dawson said. “And there was a moment in that when he stopped mid-sentence and said, ‘Hang on,’ and you could see the look of fear on his face as three to four leaders came in and were looking around assessing the situation.” 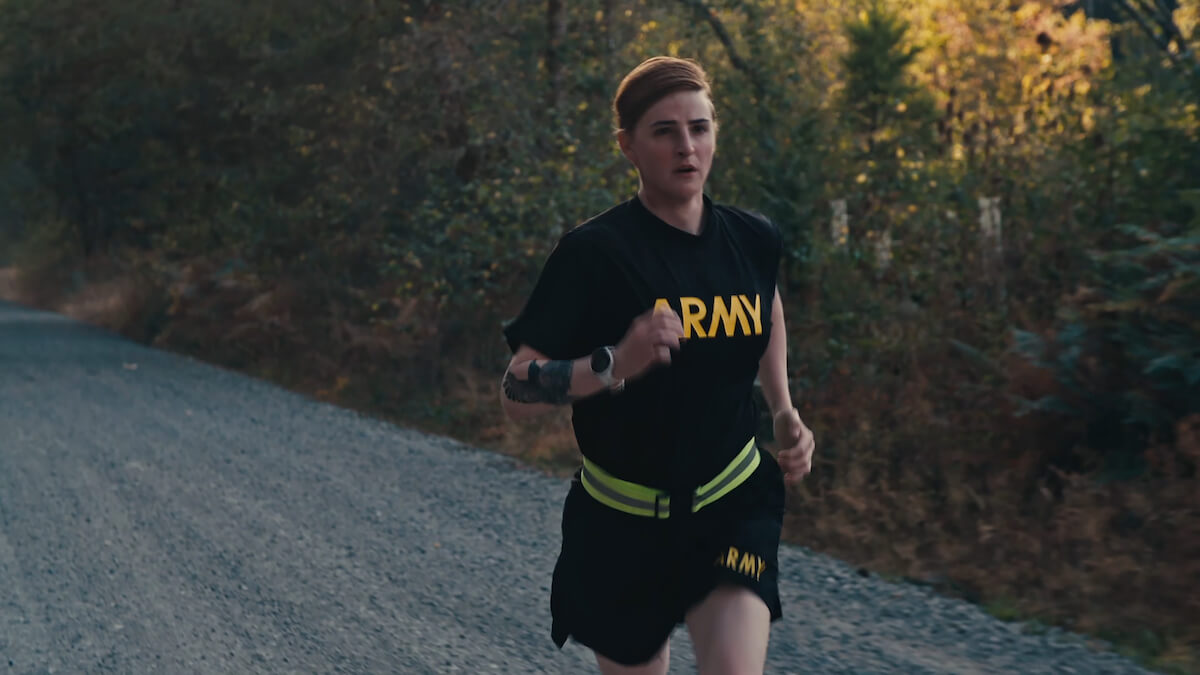 Just when Dawson thought the film was complete and ready to be shown to the world, Trump sent out a series of tweets saying he was effectively banning all transgender people from serving in any capacity in the U.S. Military — and just like that, the progress made in the fight for trans service members took a step backward and Dawson had to re-think the ending to the film.

“We had a rough cut and we thought we were finished in May of last year,” Dawson said, “but on July 26, 2017, Trump made the decision to reinstate the ban and that really shifted the film — one, in terms of how we ended the story so we had to go back into production a little bit to change the ending, but it also gave us the opportunity to reach an audience who had otherwise kind of been blind to the issue. All of a sudden mainstream film producers and mainstream audiences wanted to know more.”

Although there were moments of worry and fear for the featured service members in the film, as well as vile and hateful rhetoric coming from Trump, there were also moments of bravery and accomplishment that made what they were fighting for worth it.

“In the beginning when we first started filming, the ban on open trans service had not been lifted,” said Corporal Laila Ireland. “So deciding to step forward to brave the journey of telling my story took some serious intestinal fortitude. It meant that I needed to be aware of the consequences I was willing to take in order to help make a historical change for the better.”

“After sitting down with the team and sharing my story with them, they assured me and then again reassured me that what I was doing, was in fact one of the bravest things they’ve known anyone to do,” she continued. “I was putting my life and my career on the line. It meant that I could lose absolutely everything. And they were willing to walk that line with me. The team made it easier to dive into the dark details and really capture what it was like to be a transgender person serving in today’s military.” 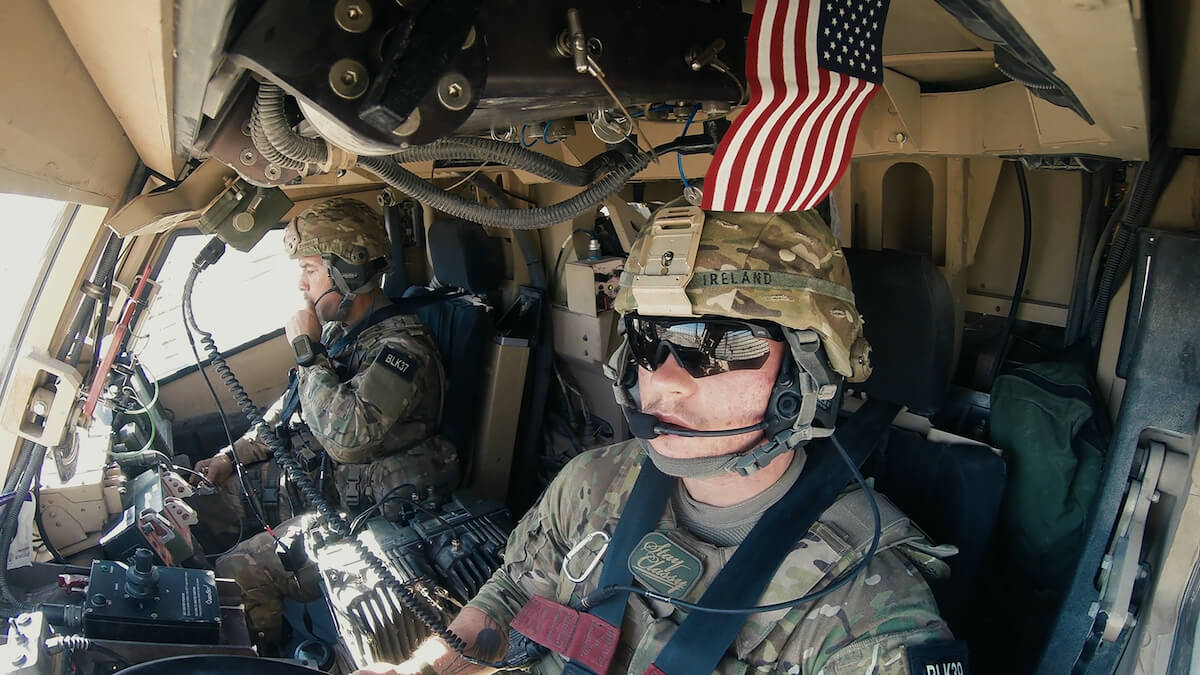 Trans Military has won numerous awards at film festivals throughout the country including the Audience Award and Best Feature Documentary Award at SXSW where it premiered earlier this year. The effect this film has had on audiences around the world has been groundbreaking, especially noticeable amongst the featured service members.

“Since the premiere, the conversation surrounding transgender service has been taken to heights I never could have imagined,” said Corporal Ireland. “The impact of this film has been nothing less than positive and has seen support from so many different crowds across the nation. The film’s premiere is monumentally important and couldn’t come at a better time. With the current political climate constantly looming over marginalized communities, we are forced to the forefront of this fight for equality, for the right to exist. While this film is a small victory for the transgender community, there is still so much more work to do.”

Trans Military premieres tonight at 8pm on Logo and it is Dawson’s hope that during this holiday season, LGBTQ people will be able to take this film and show it to their family members and friends who may need more education or conversation around trans service members.

“I hope this film isn’t preaching to the choir,” Dawson said, “but empowering the choir.”