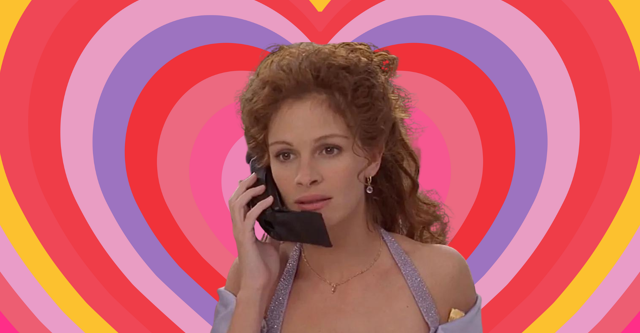 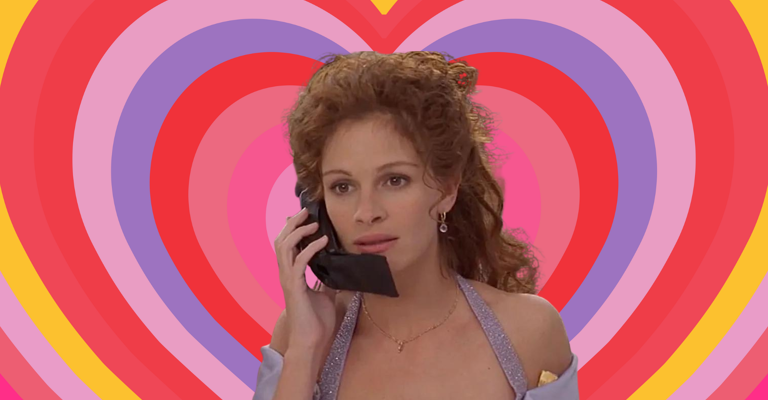 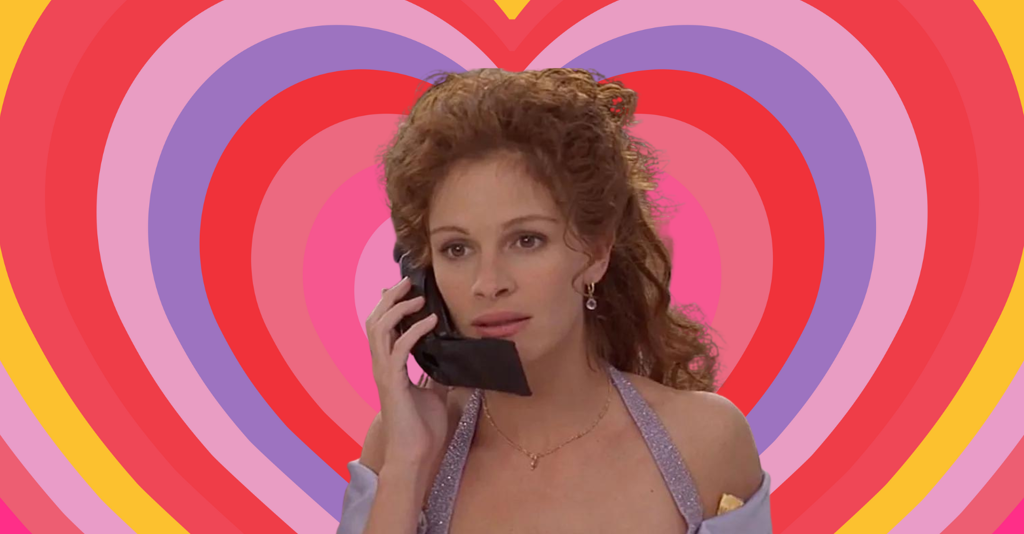 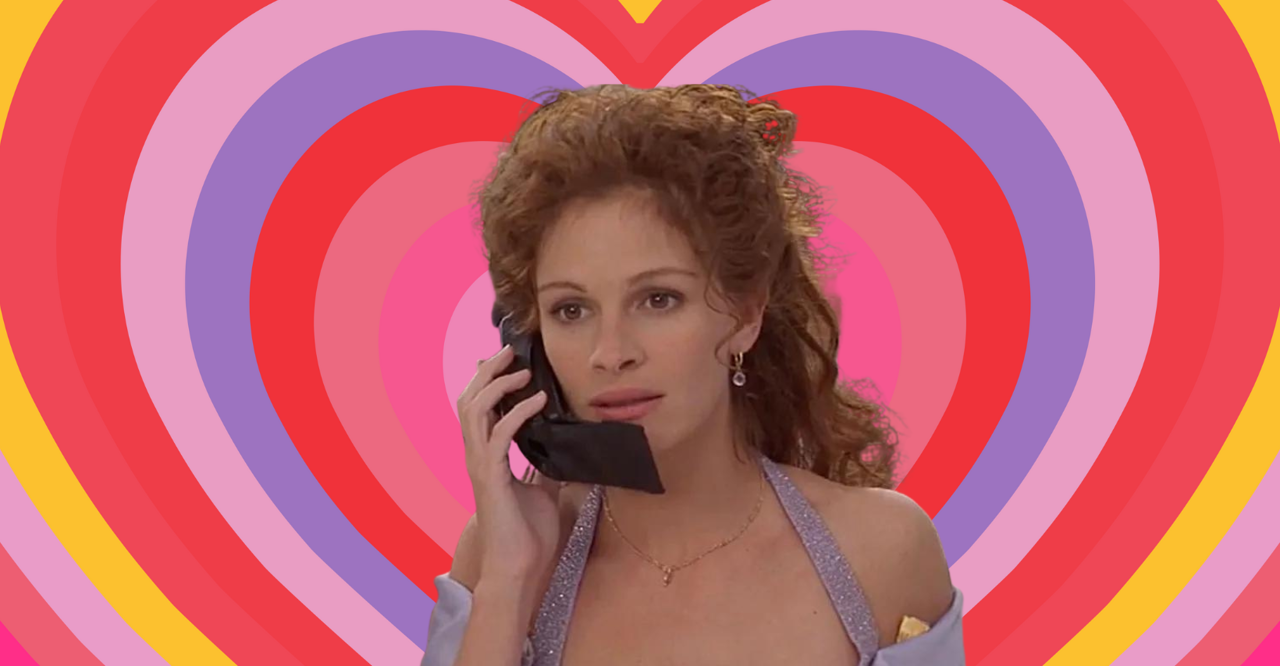 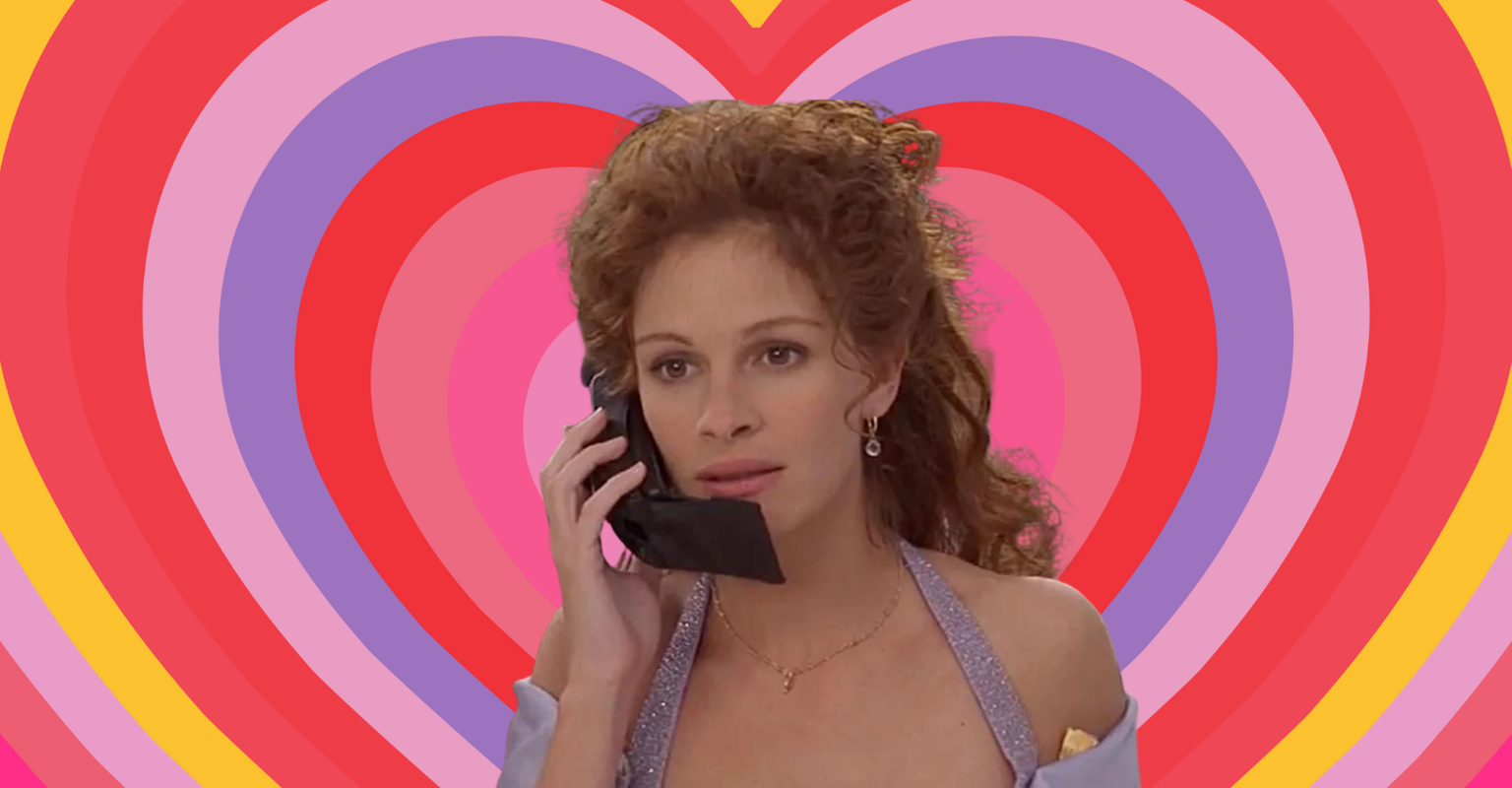 As a hopelessly closeted trans child, I found TV and movies to be a place of inscrutable gender-specific rules: like who can and can’t be your favorite character. By my twenties, an education in the humanities helped me hide by showing me how to find pleasure in the structure of film and avoiding anything resembling a genuine emotion. Transition eventually freed me from that abstract box, and so, during the lockdown, I binged all the iconic 90s romantic comedies.

I was no stranger to the genre, but like Hugh Grant and Andie MacDowell in Four Weddings and A Funeral, we’d never let our brief encounters blossom. This is how, in 2020, I found myself relating to an embarrassing degree with Julia Roberts’s character in My Best Friend’s Wedding. We were both overcoming decades of trans socialization.

My Best Friend’s Wedding is about a food critic, Jules (Julia Roberts), who discovers her love for her best friend, Michael (Dermot Mulroney), a week before his wedding to Kimmy (Cameron Diaz.) The first act of the film dwells heavily on how much Jules has changed since college. When Michael calls her out, she states, “I’m still your best friend. You just haven’t seen me for a while.” Beneath these very trans moments lies Jules’ intensified feelings for Michael. It’s the same avalanche of hereterosexual desire many trans women experience: Jules yearns for her lost time, and though the action centers the love triangle, the principal conflict of the film is between that yearning and Jules’ inability to express it.

On learning of the engagement, Jules asks whether the sudden move on Michael’s part is “responsible,” betraying her own history of talking herself out of desire. For all that she’s changed, the spontaneous engagement remains inconceivable to her. Trans children without acceptance are conditioned to build layers of self-correction between their inner and outer lives. We see the effect in Jules’s attempt to embarrass Kimmy at karaoke: Jules cannot conceive that Kimmy’s genuine emotion will shine through her haggard singing because performance is all Jules knows.

Given the pernicious image of trans women who “trick” men, it may seem odd to identify with a liar and manipulator. I see my past in the way Jules repeatedly wheedles herself into a self-defeating, stone-faced retreat. Her failed attempts to share her feelings remind me of countless trans women I knew from message boards, struggling to share their stories offline. For some, it was pure survival. Others rehearsed indefinitely for the “perfect” moment of coming out: that, or we came out to one or two friends and then retracted it. Our pre-transition selves had no reference for the openness and vulnerability that became possible only later.

Beautiful words have been written about the monstrous and industrial character of trans embodiment, but as an adult transitioner, with years of stutter-stop life paths behind me, it’s the villainy of living a false life that I relate to most.

Following her long, dark night of the soul, Jules’ “choose me” speech should be her pivotal moment. But when she kisses an unwilling Michael, she reveals just how deeply she is still living in a fantasy constructed to avoid rejection. George (Rupert Everett) her editor, says that Jules is “afraid of needing to belong to someone,” but the wise gay friend trope is wrong this time, because he missed the trans reading: Transition is necessary for life, but it isn’t one’s whole life.

I see my past in the way Jules repeatedly wheedles herself into a self-defeating, stone-faced retreat.

So much media about trans people focuses on that first act of our story, the validation of our identity, but trans literature has always been bolder than that. At the forefront of the current wave, Imogen Binnie’s Nevada explored these same themes when it first came out in 2013. The novel opens on Maria, a trans woman, as she’s faking an orgasm. Soon enough, we learn that she’s faking almost everything else in her life. Though struggling to change, Maria is quite skilled at talking about how her trans experience failed her.

“Like, okay,” she says. “Do you know any straight, male-assigned people who kind of get it? Like, they try to be feminist […] so they’re respectful to women, and give space, stand back, whatever. […] except they need you to show them how to clean a window, because they don’t want to do it wrong?”

Jules yearns for her lost time…the principal conflict of the film is between that yearning and Jules’ inability to express it.

So familiar was the logic behind Maria’s many clever but self-defeating monologues that my gut instinct was to hide the novel from my cisgender friends like it was my trueselves.com username. Nevada was reprinted this year, and I still wonder whether a wider readership will see Maria’s stone-faced deception as a symptom of perversity, or whether they will see her as she is: a woman yearning yet unable to express herself.

My heart aches watching My Best Friend’s Wedding when Jules finally says, “If he was feeling what I’m feeling, then he’d know what I’m feeling.” It’s an unrealistic expectation that we replicate in conversations on representation—especially when we forget that the real issue is access to publishing. No one character can or should represent us all, and we miss out on the power of fiction as an exercise in empathy when we demand a focus on our specific and uncomplicated validity.

In the cisgender reading of My Best Friend’s Wedding, the iconic “Say A Little Prayer” scene is a moment of out-of-place silliness, but in the trans reading, it’s terrifying. Everyone at the table sings happily. But not Jules. She is too many layers deep in her performance.