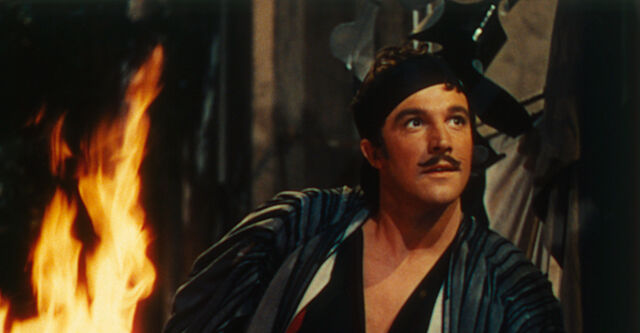 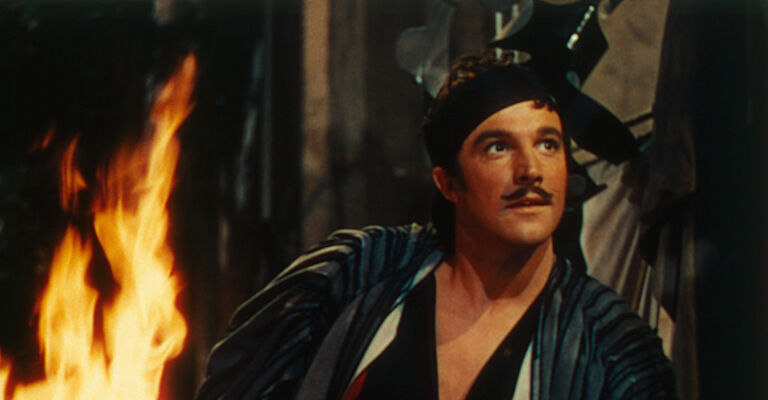 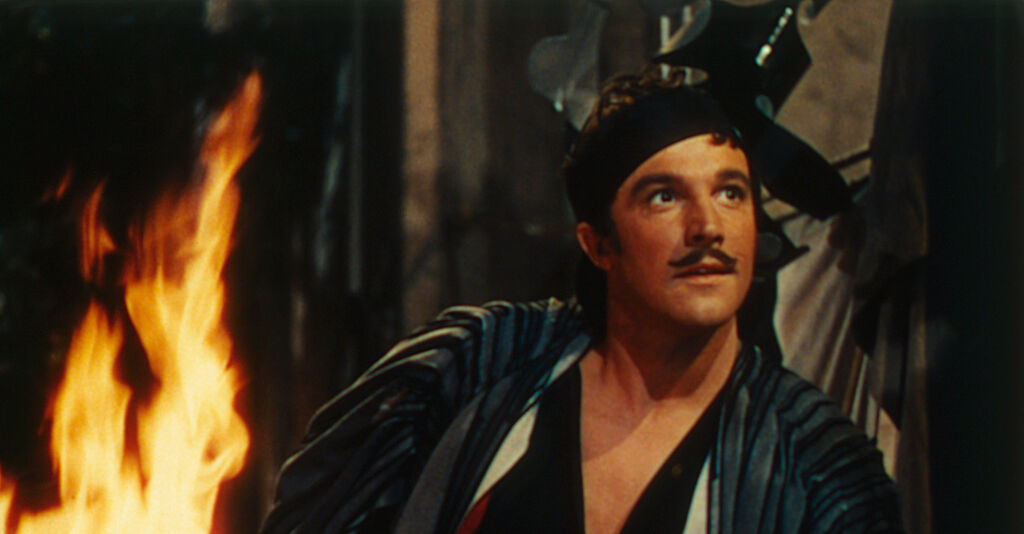 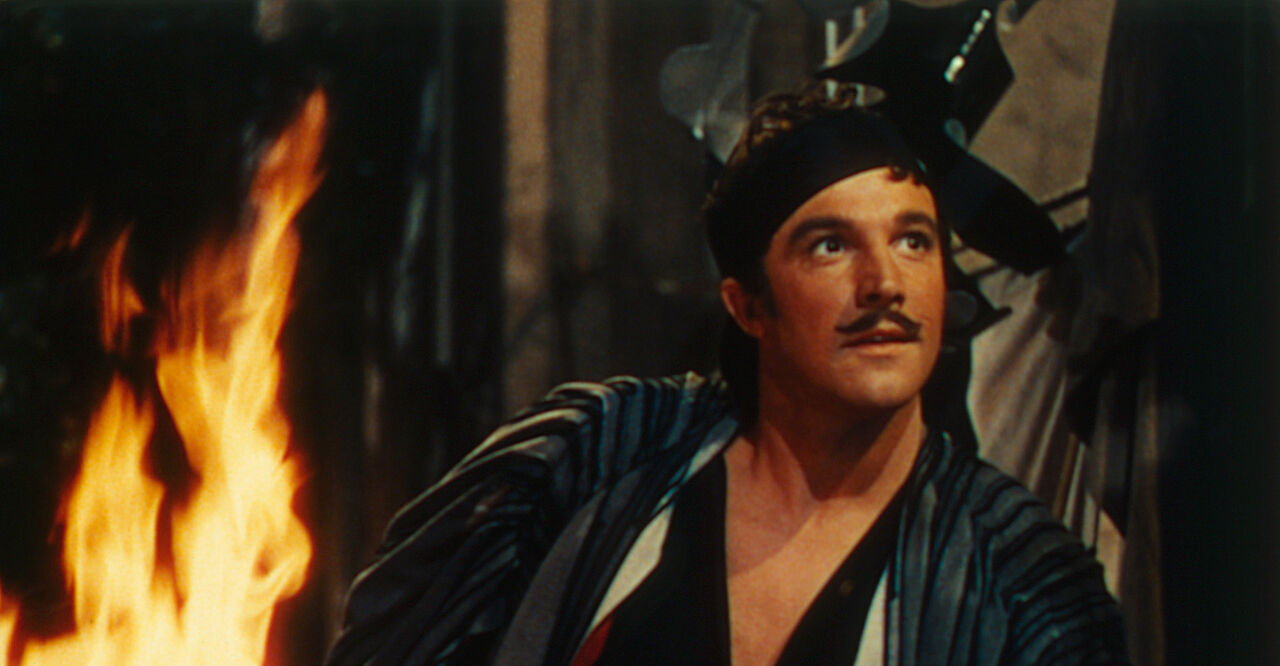 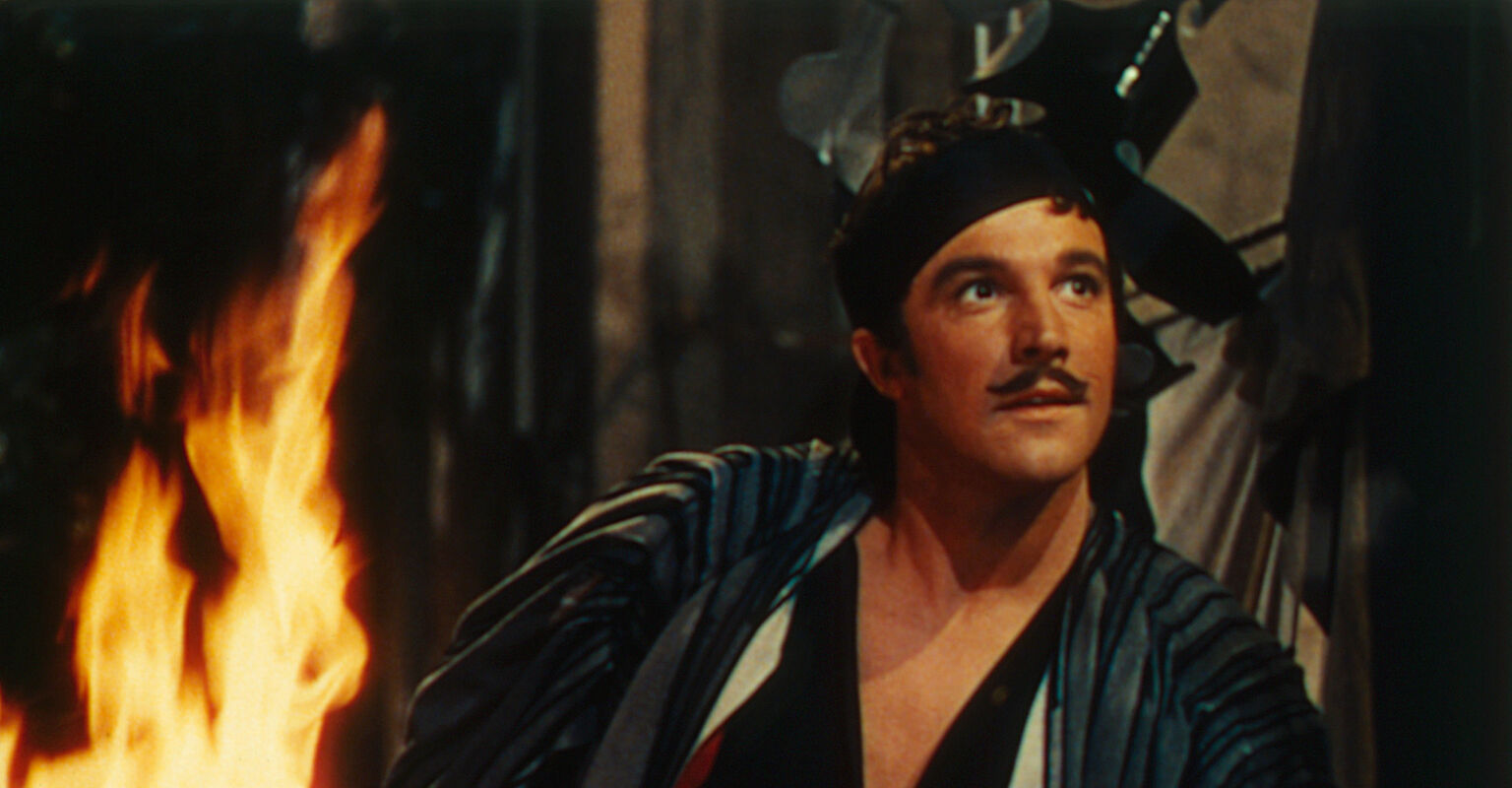 Everyone has a movie—maybe more than one—that they are inexplicably attached to. This movie is probably not good—not by any critical standard, anyway—but you love it without self-consciousness. It does something for you, and you’re not sure what, but you know it gives you a feeling about the world being a little bit bigger and maybe less tragic and more forgiving than it seems from where you’re standing. Most importantly: it brings you joy.

That movie, for me, is 1948’s The Pirate, a less-celebrated Judy Garland movie that still manages to showcase everything she’s about—everything she means to us—wonderfully. Most things about it—the garish Technicolor, the limiting sets, the hats, the makeup—are ugly and off-putting, and even the song and dance numbers to which an at this point utterly uninspired Cole Porter lent his talents are disappointingly silly. (At one point, Porter rhymes “neurasthenia” and “schizophrenia”) And yet it gets to the heart of something.

It’s a musical about what it’s like to be a girl with a kink in a universe that denies girls the power of sexual fantasy. It’s more than that, in fact: it’s about this kink leaping out of the private mind and into the mortifyingly embarrassing realm of the public. And yet, for a movie about a kink, it’s oddly shame-free. It is the rare Hollywood musical that sides with kink in favor of a more traditional future for its heroine.

Originally written as a Lunt-Fontanne vehicle for the stage, the story takes place during the golden age of piracy, where we meet Manuela, a young upper-class girl living in the Caribbean. It’s the eve of her arranged marriage to her town’s wealthy mayor Don Pedro, whom she has just laid eyes on for the first time. The fact that Don Pedro is played by a truly unappealing Walter Slezak doesn’t matter, because Manuela’s heart belongs to yet another man she’s never laid eyes on: the legendary pirate known only as Mack “The Black” Macoco, who goes around looting, pillaging, and presumably raping women to his heart’s content.

The thought of this makes Manuela extremely hot, though she knows enough to be ashamed of it. “I realize that there’s a practical world and a dream world,” she tells her aunt early on. “I shan’t mix them up.”

She doesn’t have to, because the world has other plans for Manuela. She convinces her aunt to take her to a port town so she can look at the sea before settling into a depressing life of never leaving the house. Once there, she’s beset by a group of traveling actors, foremost among them Serafin (Gene Kelly.) Serafin is everything Manuela’s sheltered upbringing has warned her about: he’s obnoxious, he won’t leave her alone, and he has the most beautiful ass you’ve ever seen in your life.

It’s no surprise that this musical—along with 1955’s brilliant Gentlemen Prefer Blondes—is part of “Queersighted,” Criterion Channel’s Pride month spotlight on queer-coded musicals. Obviously, to me, everything is queer coded. But there’s something a little different about The Pirate, something that makes everything gay people love about both Gene Kelly and Judy Garland undeniably plain. When Serafin corners Manuela and hypnotizes her for an audience as part of his act, he asks her to unlock the secret of her true love, the thing which, if known, could throw her nice, socially-acceptable life off the rails. In this state of hypnosis, she tells him—and the crowd—that she loves the pirate Mack “The Black” Macoco. He does things for her. “Someday he’ll swoop down like a chicken hawk and carry me away,” she says, wide-eyed. “And I’ll do his bidding.”

She then launches into a song about the pirate to whom she’s dedicated her entire spank bank, calling him “Macoco the fabulous” and letting her hair fall down in cascading red waves, becoming the entertainer we recognize. This is the Judy Garland number, in which the great performer departs from whatever role she’s playing to show us Judy with a capital J. If you’ve seen a single Judy Garland movie, you’ll know this moment well: it’s when the uniform expression of the male background dancers turns from bored to utterly ecstatic. They can’t help themselves. It’s as if to say: Judy’s here, and bitch, we’re all here to see Judy. They crowd around her as she sings of Macoco:

“Ev’ry night he’d have a date

Over pieces of eight.”

She’s in love with the fantasy of the pirate’s power over women, over society, over social rules themselves. But mostly, she likes that he’s cruel. A bit later, we’ll see a bizarre number involving a seated donkey who becomes the centerpiece of a Gene Kelly extended dance take: he saunters around the donkey with a whip in hand, and the animal, in a quick fade, becomes Judy Garland wearing bunny ears. Her leather daddy fantasy leaps to life: Kelly is now in short shorts surrounded by equally-hot male backup dancers. He slices the first of her bunny ears off, then the other. He screams and flies into the air, and the fantasy ends.

It’s maybe one of the most explicitly kinky things I’ve ever seen from this era, and I’ve seen Ecstasy.

To be clear, Hollywood is often kinky, but always within the margins, and usually to underscore certain gender essentialist ideas about its romantic leads (“she’s headstrong so she needs a spanking” etc.) But there are few movies that take the time and interest to celebrate a girl’s less-wholesome romantic obsessions, unless it’s to underscore them as being “silly” or immature. Plenty of films give long, drawn-out treatment to the erotic interior lives of men (The Seven Year Itch, Guide for the Married Man, and the James Bond franchise leap to mind.) Here, however—importantly, because it’s Judy Garland, a leading lady with the box office pull of a leading man—we can enter her fantasy without it being threatening. We can hear her talk about wanting to be carried away and mistreated by a pirate in short shorts, because it makes so much sense. It’s Judy—of course she dreams of this kind of gay S&M fantasy. She doesn’t fantasize like other straight women, who in 1948 were still being coached to want a life with Walter Slezak as the matron of a big estate in the middle of town. Judy Garland was always wanting with incredible subversion: in almost every movie, she’s looking to be a star first and a wife second. She’s looking for her life to made bigger, not smaller. And sex—specifically kinky sex—is part of that.

This is an aspect of the queer-coding viewers have ascribed to the Garland persona since the days of Parker Tyler: in her films, Garland has always wanted men like a man, with the complexity and fervor only allowed men in those days. She desires men with a voraciousness, a desperation, an eye for male beauty that doesn’t feel quite appropriate to a cis woman, who are usually content to date walking trash bags. Perhaps it’s the extra bit of agency allowed Garland in her choice of roles, in her inability to play a character without the added zest and torturous pain of knowing exactly what she wants. She could never be one of those leading ladies who floats around, her main purpose being to simply be desired by men. It’s Garland who wants, who must have. Who wants with a bigness that can’t be denied, or bottled up, or ignored. “Underneath that prim exterior there are depths of hidden emotion, romantic longing,” Seraphin tells Manuela: he can see it so clearly, and so can we. It’s she who dares sneak a peek at Gene Kelly’s extraordinary ass in leggings, in short shorts, in cutoffs. It’s she who calls the shots in their relationship. She’s even gay enough to see a kind of comedy in her dilemma: the exquisite torture of loving an obnoxious twink. We’ve all been there: Judy made a career out of being there.

The plot ties up as easily as it began: after Seraphin finds out that Manuela’s fiance Don Pedro is actually Mack “The Black” Macoco, long since retired and now settling down under the pretense of respectability, Seraphin pretends to be Macoco to win Manuela’s affections, knowing the real Macoco won’t dare risk exposure (and a death sentence) to correct that wrong impression. Don Pedro calls in the police and almost has Seraphin executed: before Manuela steps in, pretending to be hypnotized again, and sings a romantic ballad to Seraphin, causing Don Pedro to out himself as the legendary pirate out of jealousy. He’s arrested, Manuela joins Seraphin on the road, and they become that gayest of all romantic units: the double act.

Again: is it a good movie? No. It transcends the petty categorizations of “good” and “bad.” Do I love it? Obsessively. There’s something here that just sends the spirits flying, even if nothing about it should or does really work. There are plenty of movies like this from that time—films that don’t care to flesh out a real plot or have things make narrative sense or even showcase actors in the best light, but that, by some glorious mistake, bring certain screen personae to us in their essence. Unfiltered, unadulterated, full of the kinks and weirdness that we always love them for, never in spite of.