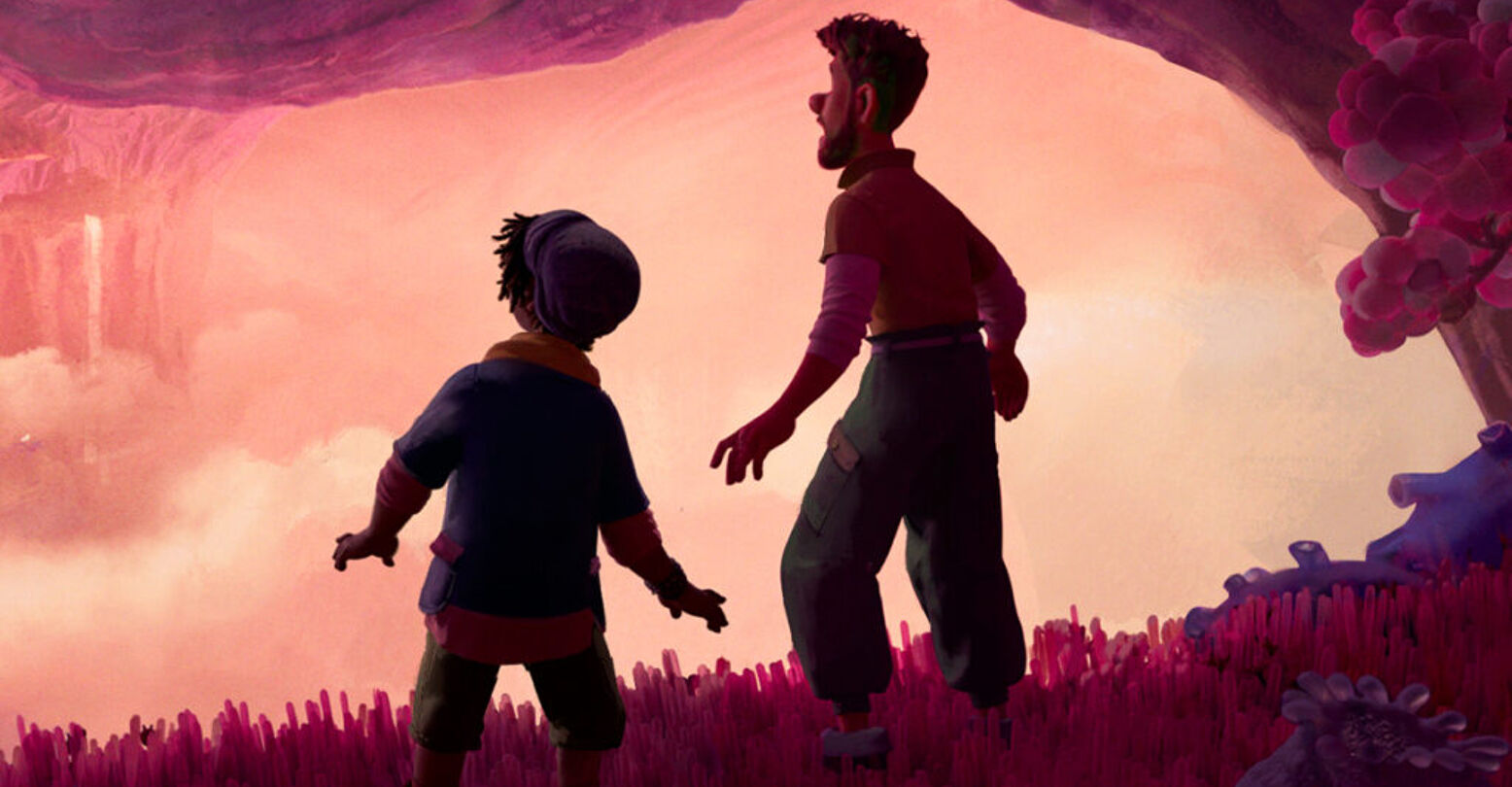 Disney has provided a first look at its upcoming retro sci-fi animated film Strange World, and that include details on a gay storyline. According to Variety, the film is set to have the “first openly gay teen romance in a [Disney] feature.”

Strange World follows the Clade family, an intergenerational group of space explorers who find themselves on Avalonia, an alien planet of purple and magenta landscapes, flying fish, and mountains that come to life. In addition to being inspired by midcentury pulp adventure, the film is taking its cues from Jules Verne and Edgar Rice Burroughs.

The gay character is reportedly the grandson in the family, Ethan (played by out comedian Jaboukie Young-White). A recent showcase at France’s Annecy Animation Festival premiered a scene in which Ethan flirts with his boycrush Diazo. His dad Searcher (played by Jake Gylenhaal) interrupts and embarrasses Ethan by telling Diazo how much his son has talked about him.

While the footage from the festival is not publicly available, the queer nature of the scene was confirmed by Production Designer Matthieu Saghezchi on Twitter.

The scene describes the son being very shy in front of his boy crush, and his dad comes in and says “so nice to meet you! my son talks about you all the time” and further embarrasses his son 🙈😂 very cute.

Other voice actors include Dennis Quaid as grandpa Jaeger Clade, Gabrielle Union as Ethan’s mom Meridian, and Lucy Liu as Callisto Mal, ruler of Avalonia. The film is being helmed by Don Hall (Big Hero 6, Raya and the Last Dragon) and Qui Nguyen (co-writer for Raya).

This new development comes at a time when Disney’s relationship with the LGBTQ+ community is especially fraught. Disney’s most recent film Lightyear came under fire for a lesbian kiss that was initially removed. It was later reinstated, and Disney has since been praised for refusing to edit the kiss to pass censors in the 14 countries where the film is now banned.

Earlier this year, Disney was heavily criticized for failing to speak out against the “Don’t Say Gay” bill in Florida despite having made several political donations to the bill’s sponsors. This resulted in a mass staff walkout. Ultimately, Disney halted political donations in Florida and put out a statement condemning the law.