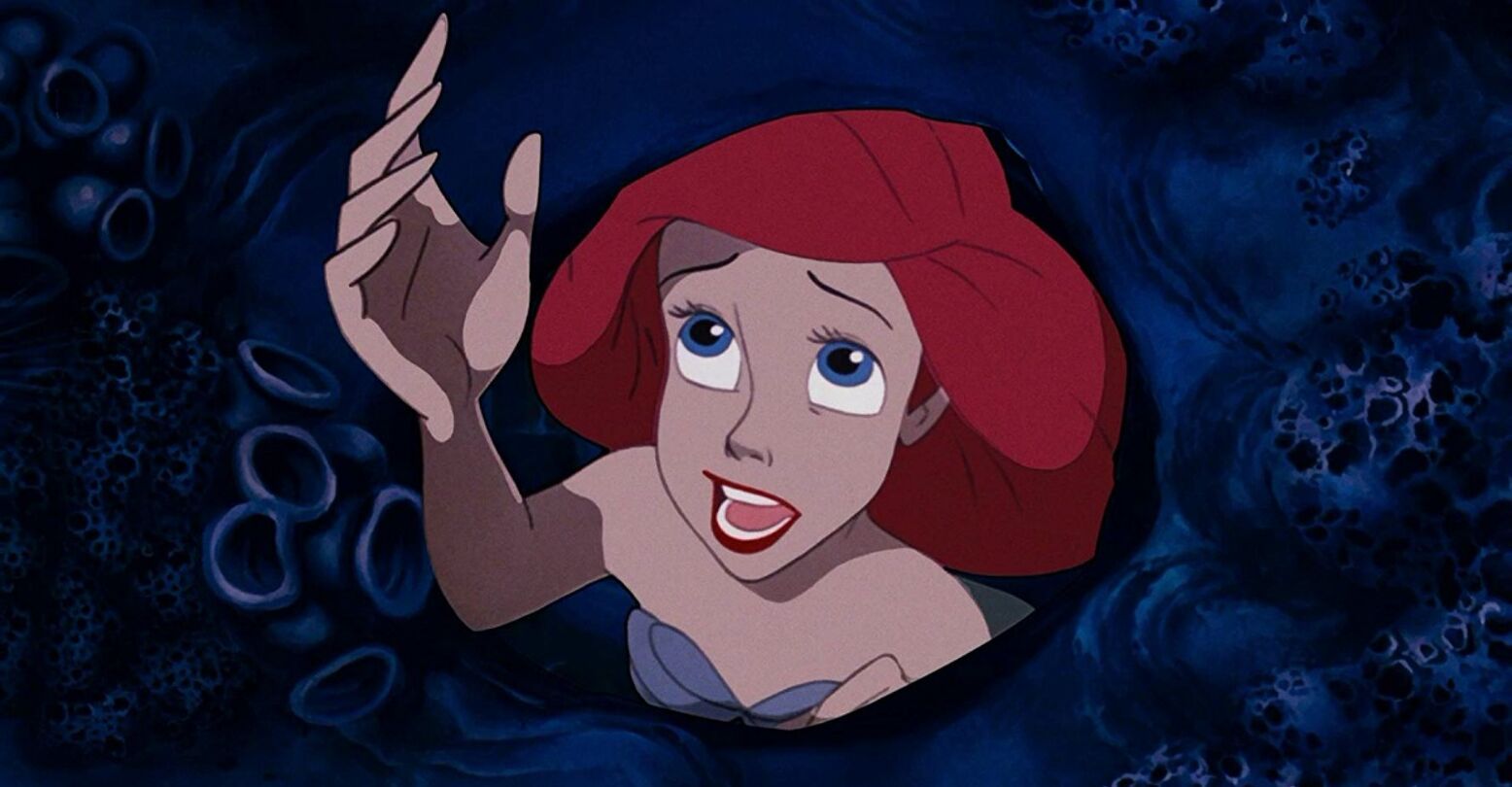 Disappointment has been a defining feature of my life as a queer and trans person. I’d like to say that this isn’t the norm, but who am I kidding, of course it is. We grow up being told that we don’t have a culture, being gaslit by society into thinking that girls can’t kiss and that gender is fixed and that boys can’t fuck other boys.

And then, at the age of maybe 5 or 6, we watch our first Disney movie. And we realize it’s all a lie.

That’s what makes it hurt so much when a company like Disney betrays us like this. It hurts, but it’s not exactly a shock.

If you hadn’t heard the news, Disney is under fire for backing Florida’s hideous “Don’t Say Gay” bill, which seeks to criminalize the teaching of queer and trans history in schools. One iteration even forced teachers and counselors to out queer students to their parents, a mandate that would have ended in violence and excommunication for many queer teens.

Disney hasn’t said much about the matter, but they’ve promised to “keep telling diverse stories” while giving money to one of the most hateful pieces of legislation to arise in this unusually hateful year.

It’s not enough, because it never could be, especially during a time when trans and queer kids are under attack from every angle. In a moment when representation has finally started to catch up to the reality of queer peoples’ lives, brands like Disney are finding it unnecessary to back up their creative endeavors with political action. And that’s messed up, because representation means virtually nothing without some kind of bid for political change undergirding it. By supporting the bill, Disney has basically announced their intention to support queerness on a surface level only. And it’s not surprising, especially when you know a bit of the history behind the company and how it came to be so queer. Or at least, queer-coded.

If you go on TikTok, you’ll find countless videos explaining how the influence of gay lyricist and composer Howard Ashman shaped Disney’s brand just when it was facing one of its worst downturns in history. There’s more to it, of course. In the James B. Stewart compendium “Disney Wars,” we learn all about what was happening in the late 1980s, right as Disney was about to enjoy what we now call the Renaissance, a return to form in which the company pivoted away from darker, less-sophisticated action-adventure stories and began to embrace the fairy tale format once more. After the dismal failure of 1985’s The Black Cauldron, the company nearly disbanded its animation department to work on more profitable branded arms of the company.

If you go on TikTok, you’ll find countless videos explaining how the influence of gay lyricist and composer Howard Ashman shaped Disney’s brand just when it was facing one of its worst downturns in history.

And then along came the Broadway songwriting team of Alan Mencken and Howard Ashman. Ashman had written and directed the stage show of “Little Shop of Horrors” on Broadway, as well as a few other, more experimental shows held in black box theaters in Alphabet City. The team was invited to pitch a few concepts, one of which was the Hans Christian Andersen tale “The Little Mermaid,” a canonically gay story inspired by Andersen’s unrequited, forbidden love for a man. But it was Ashman more than anyone else who ended up shaping the story and turning into the widely-accepted trans narrative we understand it to be today. Not only did Ashman grow up in Baltimore around the same time as John Waters and the Dreamland Gang, he pitched the idea of the sea witch Ursula as inspired by Divine the drag queen. All this is well-known and on the record, as is Ashman’s influence on the later feature Beauty and the Beast, which is now considered to be an AIDS metaphor. He brought Disney the formula that it still uses to this day, borrowed from his days on Broadway: he gave us the “I Want” song, the “not belonging” narrative, the “conceal don’t feel” angle that nearly every important Disney cartoon since has embraced and cannibalized from those first two important hits, The Little Mermaid and Beauty and the Beast.

A man making work about trans culture, gay culture, and AIDS was himself too freaked out by the company culture to even talk about the thing that was killing him.

What fewer people know is that Ashman, slowly dying of HIV-related causes during the production of both films (and 1992’s Aladdin) was afraid to disclose his positive status to then-Disney executives Michael Eisner and Jeffrey Katzenberg for fear of being fired. So a man making work about trans culture, gay culture, and AIDS was himself too freaked out by the company culture to even talk about the thing that was killing him.

Ashman’s death is, in more than one sense, the original sin of the Disney company as we know it today. Not the fact that he died–it couldn’t be helped at the time, even if Disney had known sooner and intervened–but the fact that his specific storytelling influence and formula was taken and used to develop the company’s forthcoming masterpieces without credit, and without any real admission of the fact. Before 2016’s Beauty and the Beast reboot, Ashman’s influence and legacy wasn’t widely known, and it took until 2020, with the release of the documentary Howard, for most of us to learn about the man who had, essentially, been our caretaker and our father for all those years. I didn’t know about Howard Ashman as a young kid, but I knew about my love of those movies. I knew they helped me and understood me, that there was something reaching out for me inside of those words and plots and sounds.

Disney’s continued success as a company built on obvious-yet-covert queer representation is a legacy built upon Ashman’s grave. You can see and feel his influence in every Disney masterpiece of the past few decades. And it continues. But it was like pulling teeth to get someone, anyone to acknowledge it. For years.

So no, this isn’t surprising, nor is it new. It’s just out in the open. Disney is a company, and companies will never be our friends. It’s the queer voices stuck in the system that will always find us. It’s not enough, but it’s what we’ve got.