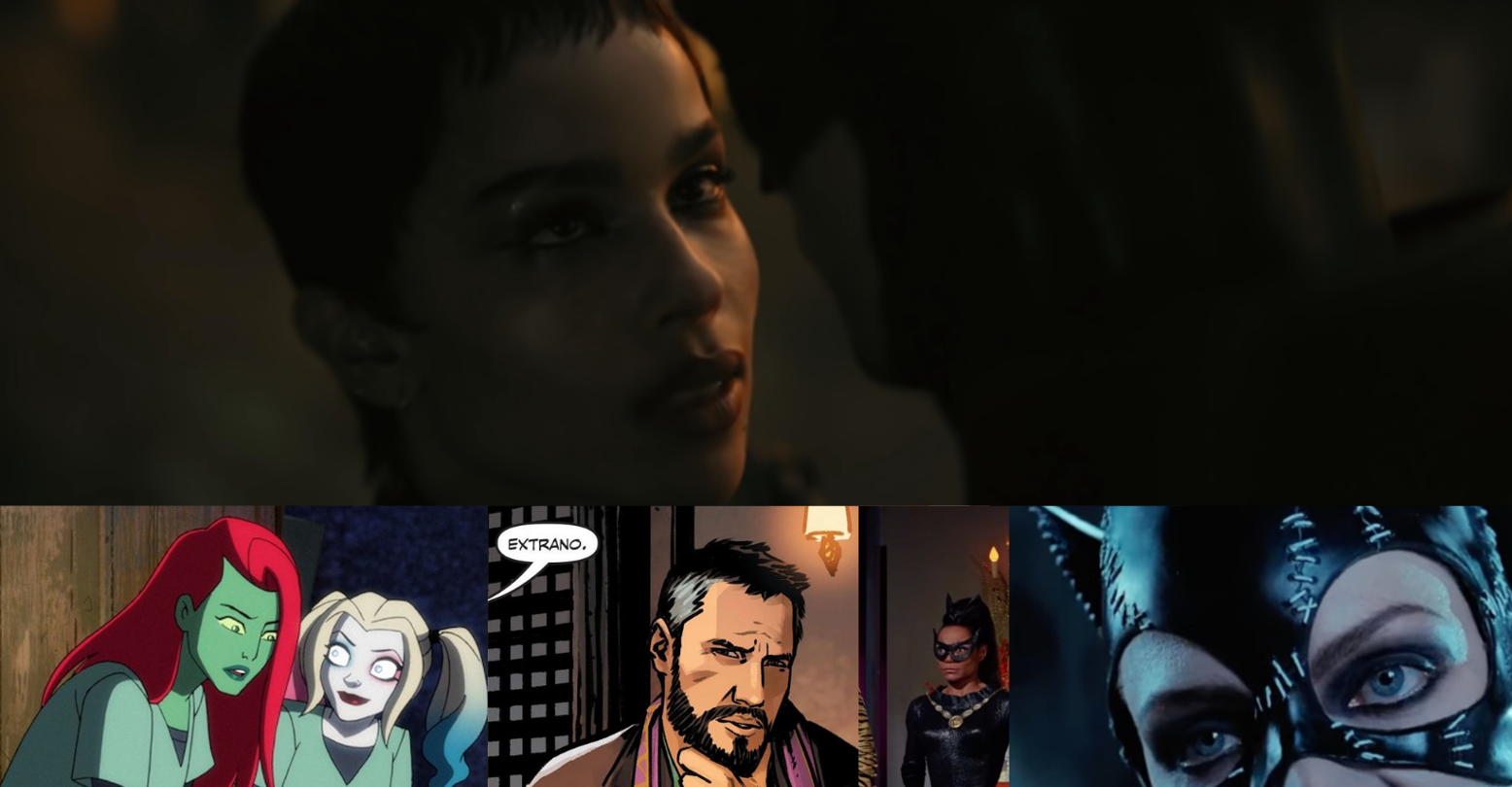 Queer superhero fans all over the world had another reason to rejoice with the latest interpretation Catwoman in the box office hit The Batman. In a recent interview, Kravitz mentioned that when she was playing the role of Selina Kyle, aka Catwoman, she interpreted the character as bisexual.

The feline femme fatale has been played by many famous actresses: Eartha Kitt, Michelle Pfeiffer, Halle Berry, Anne Hathaway and more have brought this complex character to screens across decades, but Kravitz is the first actress to bring Catwoman’s bisexuality to the silver screen. Now, her actions are just another step in the right direction for more queer representation within the DC Extended Universe (DCEU).

In the comics, Catwoman’s queerness was placed front and center in issue #39 of Catwoman. The infamous cat burglar shares a kiss with a woman already donning the costume she’s known for. Additionally, the series writer, Genevieve Valentine, stated that Catwoman’s identity as a bisexual woman was canon.

We all know Selina Kyle. She is most known to be involved with Batman, but in Catwoman #39 she revealed to be bisexual. #PrideMonth pic.twitter.com/9j7EelCmf5

Since 1940, Catwoman has traversed the streets of Gotham and quickly became an icon outside of the shadow of Batman. Sometimes a villain, sometimes merely an anti-hero, her felonious talents have been portrayed in live-action TV shows, cartoons, movies, and comics. And while her queerness didn’t make print until 2015, it still didn’t make the silver screen until 2022 with The Batman. But she isn’t the only queer villain, let alone queer member, of the DCEU.

Superpowered beings entered into print within the late 1930s with The Phantom being the first costumed hero and Superman the superhero comic brand. Eventually, these characters shifted onto screens in living rooms everywhere and popularized through the success of the late 1960s Batman and becoming a part of the history that the DCEU is founded on. However, the history of queer characters in the DCEU is a little more rough around the edges.

What could have relinquished stigma around homosexuality and HIV instead became incredibly problematic.

The first queer character in DC Comics was Gregoria de la Vega, aka Extraño, debuting in 1988 as a part of the The New Guardians within issue #1 of Millenium. The Latine gay superhero was a sorcerer who could have been a step in the right direction for queer representation. Unfortunately, the Doctor Strange-esque character embodied many gay stereotypes, contracted HIV from an attack from a white supremacist vampire called Hemo-Goblin, and was unceremoniously killed off in an issue of Green Lantern.

What could have relinquished stigma around homosexuality and HIV instead became incredibly problematic. Thankfully, the character was reimagined to be less stigmatizing in the 2016 Midnighter and Apollo (which stars two gay leads), but the impact still remains.

Eventually, more queer characters appeared within the comics. Notables include Midnighter, Apollo, Batwoman, Constantine, Alan Scott (a Green Lantern), the latest Superman incarnation, and Wonder Woman, to name a few. Each character highlights queer narratives in different ways while bringing a new element to the DCEU.

From print to TV, DC is still bringing queer identities to their different properties. Within its animated works on HBO Max, you have Harley Quinn showing Harley’s relationship develop with Poison Ivy and Young Justice highlighting Aqualad’s sexual fluidity.

But animation isn’t the only area where queer characters shine. DC’s live-action properties on The CW have highlighted various queer and trans characters. Supergirl’s Dreamer showcased the first trans superhero on the network, Thunder gives all of the DC fans lesbian representation on Black Lightning, White Canary and Constatine aren’t shy about their bisexuality in Legends of Tomorrow, and so many more LGBTQ+ characters are shown performing super-heroics.

In a time where more legislation is policing queer and trans communities, especially LGBTQ+ youth, we need more LGBTQ+ narratives to shine a light on who we truly are.

Although the Marvel Cinematic Universe (MCU) gave audiences the first openly gay superhero on the silver screen with Eternals Phastos, DC has been highlighting LGBTQ+ characters on the small screen for a while now. And as the DCU continues to create new properties, there is still plenty of room to incorporate queer characters into its movies. Plenty of stories are still left to be told and a few are on their way, as seen with HBO Max’s Batgirl bringing Alysia Yeoh, a trans woman and best friend to the titular character, in a lead role within the film.

While many may see the DCEU in competition with the MCU, everyone wins when both create content with more LGBTQ+ representation. In a time where more legislation is policing queer and trans communities, especially LGBTQ+ youth, we need more LGBTQ+ narratives to shine a light on who we truly are. Studies show that a lack of on-screen representation negatively impacts the confidence and self-esteem of viewers. Also, reports like GLAAD’s Where We Are on TV highlight the increase in LGBTQ+ narratives on-screen and the need for more of them on broadcast, primetime, and streaming services.

We don’t require anyone to validate our existence, but any example that shows LGBTQ+ characters in a holistic and positive way makes queer and trans folks feel seen. Addtionally, it shows cisgender and straight audiences that queer and trans people can and deserve to be everywhere, while creating a positive shift in perspective towards the LGBTQ+ community. Onscreen representation makes a difference and with characters whose understanding and navigation of powers can literally be seen as a metaphor for the LGBTQ+ community, it’s incredibly important.

Superheroes give hope, and in a world that’s been full of bleak events, as of late, a little hope goes a long way. Whether it’s a queer kid learning to use their powers or a trans superhero saving the day, these bits of on-screen representation go a long way. Here’s to that continuing to happen within the DCEU.♦