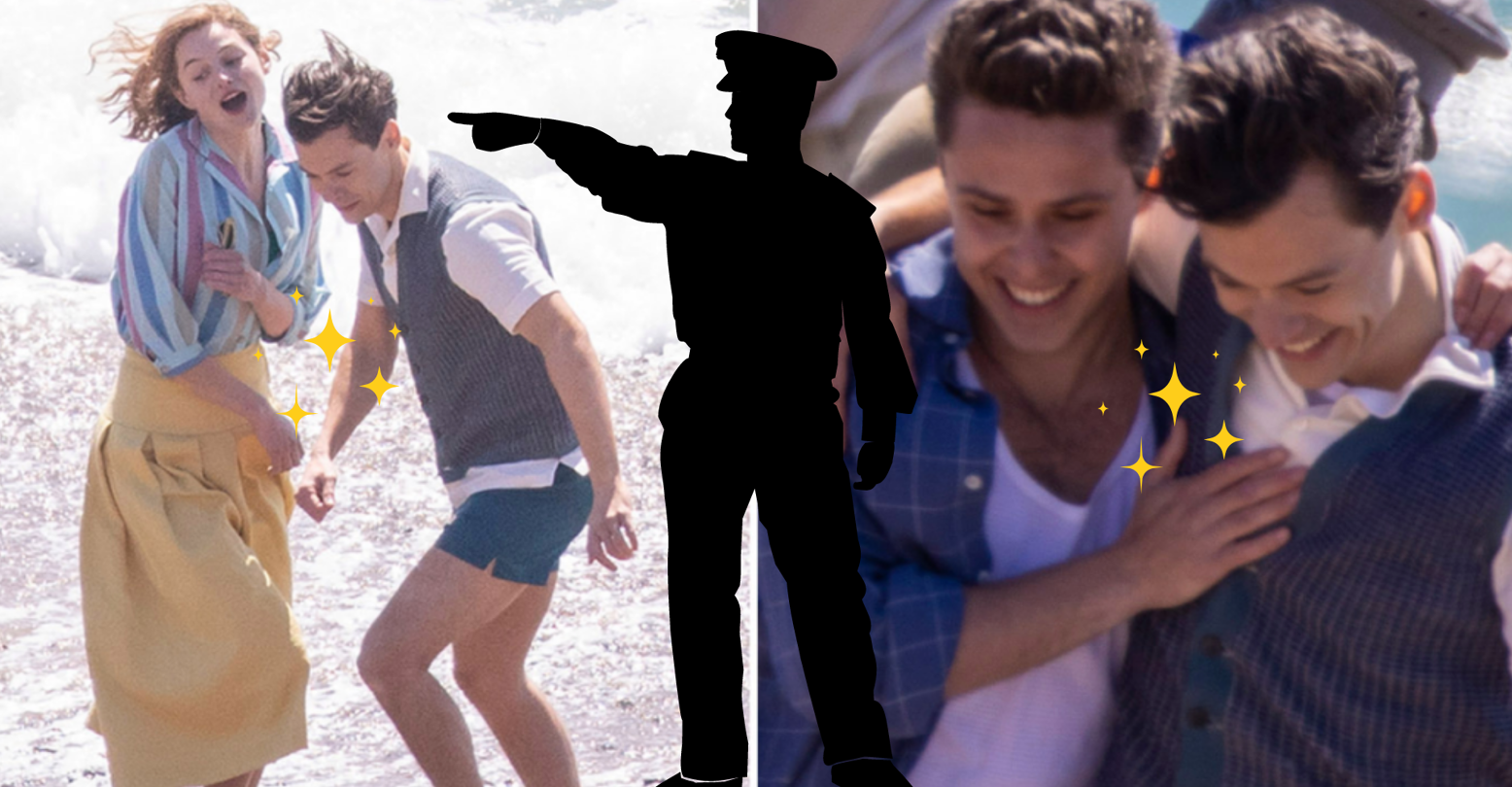 Since paparazzi photos showed Harry Styles on the set of his upcoming movie, “My Policeman,” fans have been anxiously awaiting more news about the film. We know Styles will be playing a closeted police officer in 1950s Brighton, meaning his queer fans will finally get to see him in a gay relationship — at least on screen. But for more info about the movie, one need only look to its source material.

“My Policeman” is based on the 2012 novel of the same name by British novelist Bethan Roberts. Even though it came out nine years ago, the book was only just published in the U.S. due to excitement about its adaptation. It’s the story of Tom, a gay policeman (to be played by Styles), his wife, Marion (to be played by Emma Corrin) and his secret older lover, Patrick, a museum curator (to be played by David Dawson).

The craziest part is that the novel is based on a true story. Roberts was inspired by the real affair between author E. M. Forster and policeman Bob Buckingham, which began in the 1930s. Buckingham’s wife, May, was very open-minded, and the three of them actually had a great relationship, all things considered — Forster was named their son’s godfather, and May took care of Forster on his deathbed. This is where Roberts’ novel strays from the true story: her book is sad as hell. Hooray for gay melodrama!

The book has a unique structure. It flashes back and forth between Patrick’s diary entries from 1957 and Marion’s reflections from 1999, while Tom, arguably the main character, never gets to speak for himself. He’s the object of desire from both sides — Styles was definitely a good casting choice. We still don’t know if the movie adaptation will use this structure as well.

So, until the trailer drops, we can step into the world of “My Policeman” by picking up a copy of the novel. Or, keep yourself unspoiled and experience the narrative in theaters! Either way, it promises to be a gay old time.