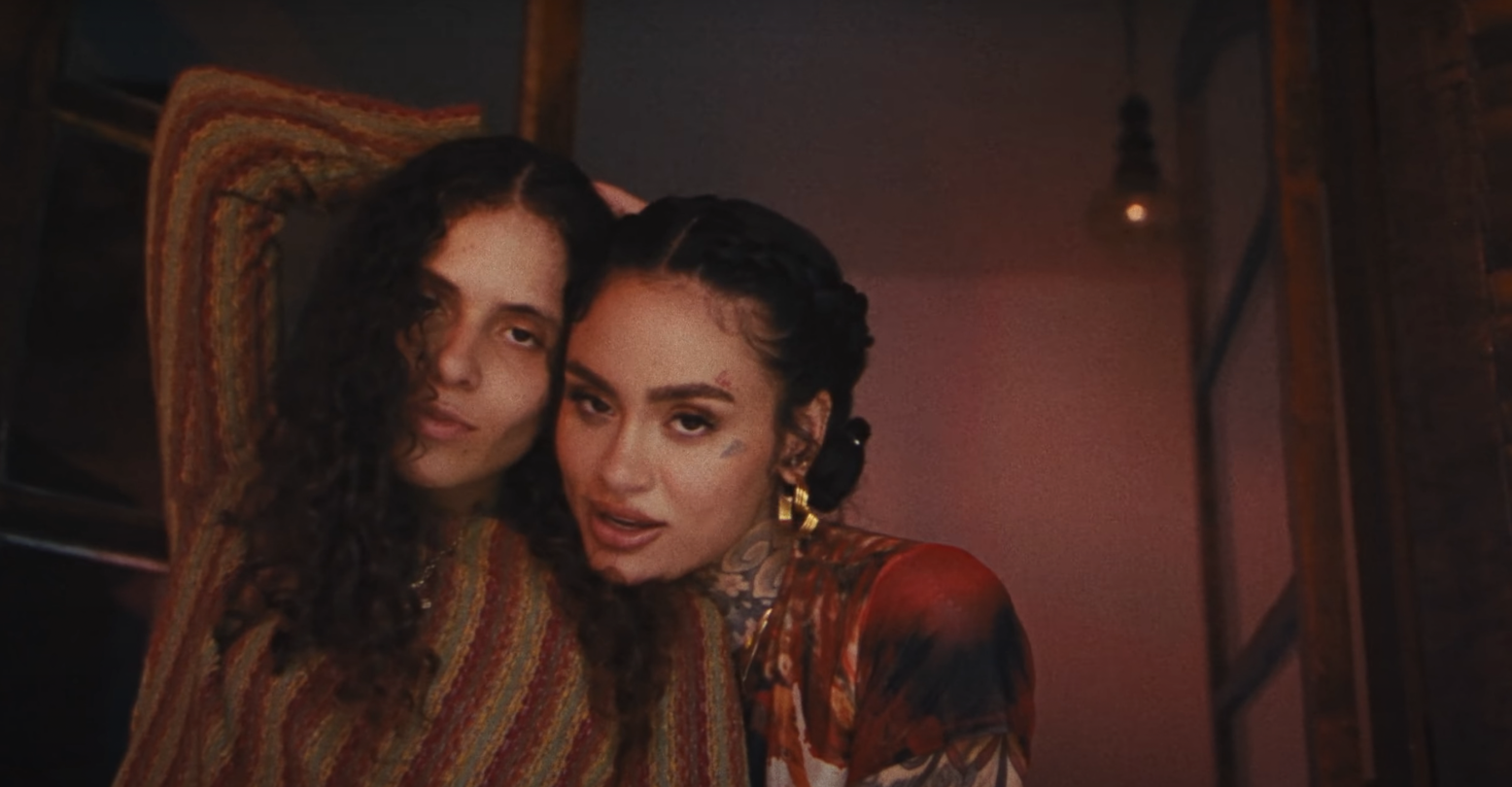 The wait is finally over: After months of canoodling and Instagram posts, Kehlani and 070 Shake have made their official music video debut as a couple. Fresh off the recent release of Blue Water Road, Kehlani jumped behind the camera to direct the album’s latest video for “Melt” – and just when the project couldn’t get any better, the R&B superstar called on their beau, 070 Shake, to co-direct and star.

Of course, when Blue Water Road first dropped, there was bound to be some sort of speculation as to which songs—if any—were about Kehlani’s public trysts with the renowned rapper. Well, let’s just say the new video for “Melt,” makes it crystal clear that the dulcet love song was very much written about and for the genius behind 2020’s Modus Vivendi.

The video itself is built on a chemistry that manifests without words; from their very first meeting—the moment Kehlani snakes past 070 Shake playing chess in a bar—the two are inexplicably linked. Tables apart, they each take a single shot in perfect synchronicity. Suddenly, the pattering percussion of “Melt” kicks in like rain, and as 070 Shake catches Kehlani eyeing her from afar, the video is in full swing. In spirit, the two are never separated again.

Seemingly attached at the hip for the rest of the video, Kehlani sings about the kind of connection that runs beyond the surface:

“If I move too quick past you, I would think it’s my reflection / being this close isn’t close enough / I wonder when they see just one, do they see us two?”

Sporting all kinds of color-coordinated outfits, the pair have no trouble conveying that the physicality of their relationship is much like the melting of two souls into one body.

Scene by scene, “Melt” rolls out more like a collection of candid clips than a music video. With plenty of stolen kisses and close-up shots, Kehlani and 070 Shake conjure up an atmosphere of intimacy that makes it feel as though the camera isn’t even there. Even while being recorded, their public displays of affection remain unexplained and intensely private. As Kehlani doubles over with laughter in 070 Shake’s arms, the instrumental track of “Melt” keeps their secret joke safe. In that sense, the project is more than a music video; it is a declaration of love.

Prior to the debut of the video, Kehlani announced its release with an Instagram post; the caption of which was topped off with, “iLoveyou.” 070 Shake was quick to respond back, “I love you is the closest thing words can translate to what I feel for u.”