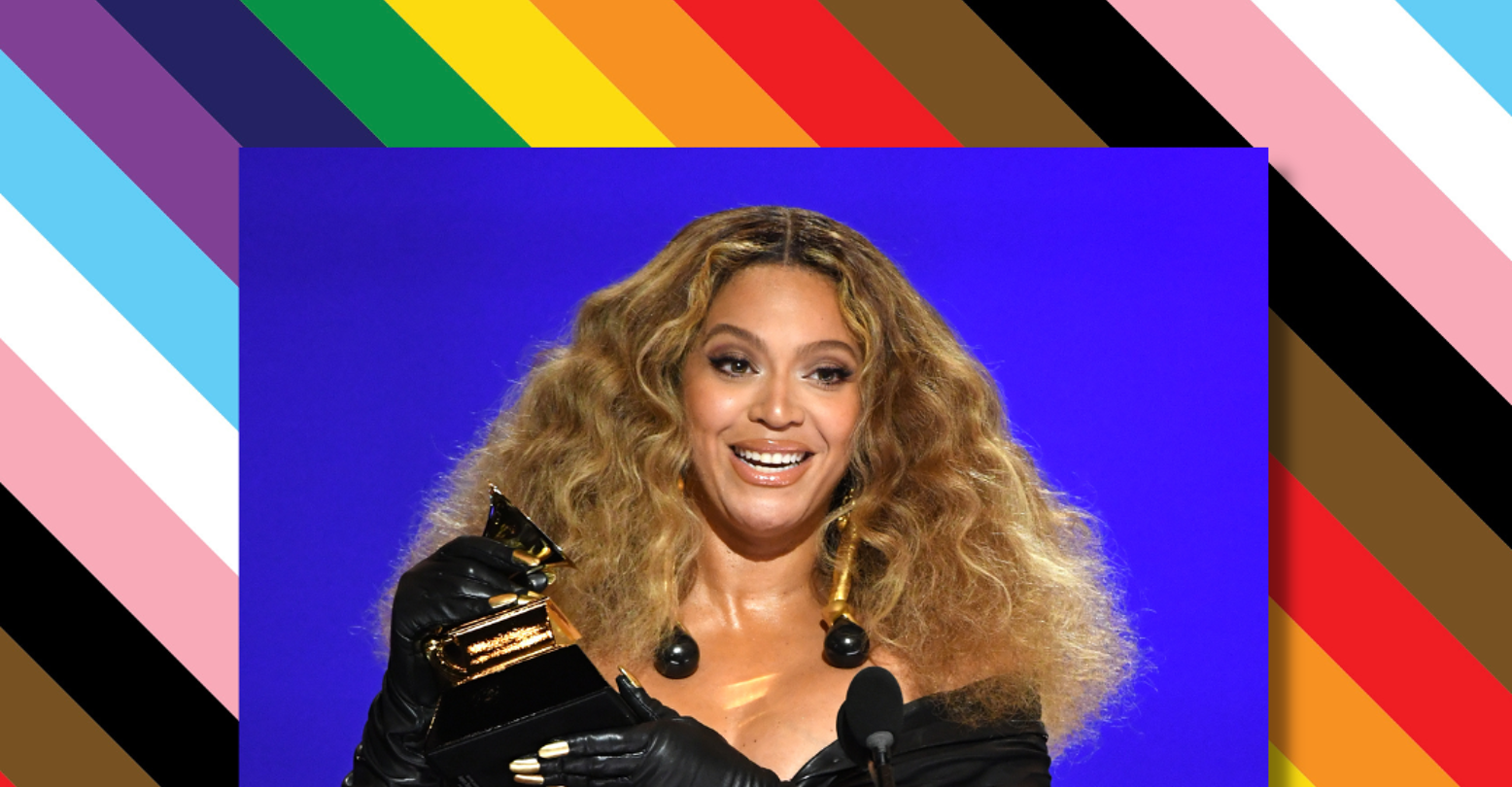 So, how many times did you listen to Beyoncé’s Renaissance this past weekend? We lost count. Queen Bey’s latest album was released on Friday and we have never seen an album take over conversations online the way that it did this weekend – well, besides Beyoncé’s Lemonade. The album laid down the roots of its cultural impact and has become one of the most talked about albums of 2022.

As everyone keeps talking about it, more fun facts keep popping up about Renaissance. One in particular came from the Beyoncé fan account @BlackIsKing on Twitter.

The account pointed out that Beyoncé highlights the colors of the pride flag in the lyrics of “Cozy” off of the new album. But not just any pride flag, but rather the progress pride flag created by queer nonbinary artist and graphic designer Daniel Quasar. Check out the lyrics below.

Dance to the soles of my feet

Gold fangs a shade God made

Rainbow gelato in the streets

Now listen to the lyrics and get into Beyoncé’s allyship.

Beyoncé really said “I believe that harmonies are colors” on “Cozy” https://t.co/pnvgp7MfF3 pic.twitter.com/FcD9mGlMYg

The pride flag was recreated by Quasar in 2017 and 2018 to included the brown and black stripes and trans flag stripes to emphasize the Black, Brown, and trans communities within the LGBTQ community. And in “Cozy”, as well throughout Renaissance, Beyoncé is placing LGBTQ folks front and center.

The album took much of its direction from house music. The dance inducing genre gets its origins from Black and Latinx queer nightlife, with sounds resonating in Chicago, Illinois and echoing out in New York City. DJs like Ron Hardy, Frankie Knuckles, and Larry Levan pioneered a musical sound that pieced together elements of disco, R&B, and synthesized pop into what we know now as house music.

Renaissance is a non-stop celebration of self, life, love, and community and many LGBTQ folks can get behind that.

this woman… ugh i love her sm https://t.co/UHFFgXAyqQ

Im weak, the easter eggs in this album are endless and I’m LIVING https://t.co/U2o1WIydYK

Nah. Wait. This is fire. The intention behind the music and lyricism. https://t.co/1DSMktfYoi

Every time I think I'm ready to go listen to something other than #RENAISSANCE I see things like this and get pulled back in pic.twitter.com/7EOu1luVwI https://t.co/8i5LbzTRzO

This makes me bump Cozy up in my personal rankings even further 😭 https://t.co/o8ZK0TWgCy

We love to see it.