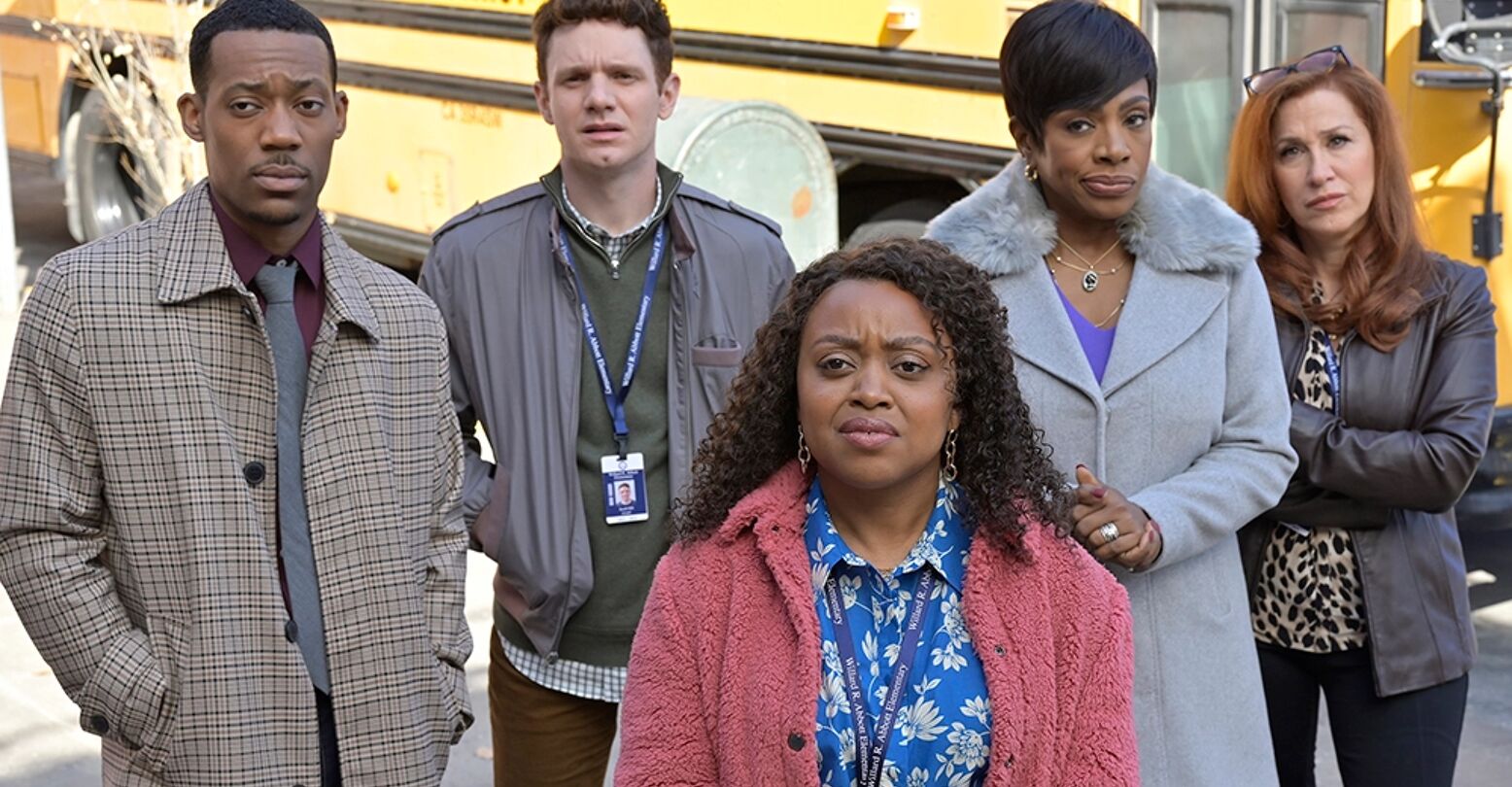 Another night with unlimited access to any and all streaming platforms: and yet browsing isn’t really necessary because one option outweighs them all. Time and time again, viewers find themselves returning to a singular series – the one show or movie franchise that clicks on with the comfort of coming home.

Given how much of our life is spent at the workplace, it makes sense workplace comedies take the cake as the most popular comfort shows. Standing the test of time, sitcoms set in the office like “The Office,” “30 Rock,” “Parks and Recreation,” “Scrubs,” and “VEEP” persist far past the air date of their series finale. Through memes, direct quotes, and YouTube compilations, audiences keep these shows alive in pop culture.

While these classics continue to survive, other countless productions never get off the ground simply because of low viewership. “Don’t Trust the B in Apartment 23″ starring Krysten Ritter, “Great News” by Tina Fey’s protegee Tracey Wigfield, and Victor Fresco’s “Better Off Ted” come to mind as just a few of the promising sitcoms that met a tragically early demise.

Regardless of their quick cancellation, many shows have made it onto a streaming service to be born again into cult classics adored by new audiences. The once-dead “Arrested Development” was even resuscitated for new seasons by its unparalleled posthumous popularity. Essentially, the life and death of an entire show seems to lie in the viewer’s sweaty little palms.

Since mourning the last episode of NBC’s “Superstore” last March (2021), the televised world of workplace comedies grew quiet in wait for its next slice of life sitcom. Patience was only met with more silence, and the world is stuck wondering if pop culture’s era for workplace comedies is finally over. Even VICE muses that perhaps, “‘Superstore’ Was the Last Great Workplace Comedy.” And then one fateful Tuesday night in early December, the pilot of “Abbott Elementary” aired on NBC.

Now rolling into 2022 with brand new “Abbott Elementary” episodes, it’s safe to say that the workplace’s presence in comedy is safe; the drought is officially over – and internet icon Quinta Brunson has everything to do with it.

As the creator and lead of the Warner Bros-produced series, Brunson is the relentlessly optimistic second-grade teacher Janine Teagues. Serving up Matilda’s Miss. Honey vibes, Brunson’s fictional life at Abbott Elementary is caught on candid camera when a documentary crew sets out to share the day-to-day reality of Philadelphia’s underfunded and outnumbered public school teachers. Just like Brunson in real life, Teagues hails from the Phildaphelipa school system herself; and in light of her own success as a teacher, she’s determined to pay it forward by giving her students the same opportunity to succeed.

Teaming up with fellow teachers Tyler James Williams (“Everybody Hates Chris”), Lisa Ann Walter (The Parent Trap), Chris Perfetti (“Crossbones”), and Sheryl Lee Ralph (“A Black Lady Sketch Show”), Brunson’s character takes on everything from unfairly delegated city budgets to inept principals (Janelle James) and beyond. The boundaries of which extend to include a fair share of vomit from adorable second graders who casually follow the act up with a nonchalant, “I threw up.” Of course, Teagues then positively affirms the student, “Great communication skills!” The camera crew zooms in on Quinta’s haphazard smile with perfect comedic timing.

“Abbott Elementary” is a feel-good kind of show. Like Amy Poehler’s Leslie Knope of Parks and Recreation, Janine Teagues is a civil servant devoted to serving a cynical world that finds delight in stacking the odds against her; and so, we watch with teary eyes and a full heart as Teagues finds hilariously clever ways to surmount the insurmountable.

In the span of the very same episode that warmed your heart, “Abbott Elementary” dares to take on the systematic warts of Philadelphia’s underfunded public schools. Embedded within a one-liner about Teagues taping Barack Obama’s picture onto an old textbook page is a reminder that her means of educating are too outdated to even meet the demands of a modern curriculum.

As the pilot written by Quinta Brunson comes to an end, the most experienced teacher at Abbott Elementary, Mrs. Howard (Sherly Lee Ralph) offers Brunson’s Janine a piece of advice that is key to understanding the office dynamic of NBC’s latest and greatest workplace comedy. Hitting the essence of the show at its core, Mrs. Howard explains more to the audience than anyone else: “ teachers at a school like Abbott – we have to be able to do it all. We are admin, we are social workers, we are therapists, we are second parents – hell sometimes we are even first.”

With no subtlety, “Abbott Elementary” has the courage to say: this is the harsh reality predominantly Black students and teachers in Philadelphia are dealt, time and again. As much as the show’s challenges are built around the dark truth at hand, so too are the resolutions offered. It is only through community: by banding together despite their differences, that all of Abbott Elementary’s teachers make due; and it is only through the extra efforts of their devoted teachers that the students find warmth and success when wrapped in the cold-blooded arms of a government institution.

For the first time, Quinta Brunson breaks ground with workplace comedy in which Black lives are placed center-stage, not saved for a special episode on diversity problems in the workplace. Watch Abbott Elementary on ABC Tuesdays at 9 EST because for all the right reasons, it deserves a career as long and as fruitful as its legendary predecessors.