Today, I conducted a little experiment. I left my Grindr app opened all day to collect as many messages as I could. As I sit here writing, I’m looking at 20 messages. Ten of them begin with “Hey,” five of them open with “Hi,” and the others are a mix of nudes and a compliment.

I’m flattered, and I don’t mean to sound ungrateful, but how boring, right?

If my average-looking self is receiving 20 messages a day, imagine how many messages the hottie you’ve been hitting up for months is receiving. Probably in the 100s.

You have to stand out – yes, even if you’re keepin’ it casual.

Here are five pick-up approaches that have proven successful for me over the years. Take what you like and leave the rest.

Pose a question based on their profile

Your goal is to spark a conversation and get the other person talking. Find something in their profile and ask them about it.

“Hi, who’s your favorite Will Grace character?” or “You’re a NY native? Where in the city were you born?”

Be creative with your compliments

If you notice his eyes, chances are everyone else has, and it’s possible he’s been getting compliments on them his whole life. So, saying “nice eyes” or “I love guys with blue eyes,” will probably make him roll them at his screen. Same with calling him sexy or hot or handsome…soooo original.

Compliment his smile: “Wow, you have a beautiful smile. Your father must have been a dentist.” Or if he’s standing there shirtless with nothing but a towel: “Wow! That’s a lucky towel!”

See what I mean? Be creative, be witty, show some charisma.

Ask him what his three biggest turn-ons are

If you’re looking to cut right to the chase and you get the sense that he is too, you could go with the stale, “Looking?” or you could try something more original. Ask him what three things turn him on the most. This is a more sophisticated way of asking him what he’s into sexually. It also forces him to say something more than just “bottom.”

It’s a little off-putting when a person messages you and bombards you with question after question. Unless this is the beginning of a cops and robbers scene, let’s make the conversation a two-way street.

Try introducing yourself first. You know how to do that, right? Say your name, where you’re visiting from and what you’re after. This is called “leveling the playing field.”

Use an emoji or Gaymoji

This is my go-to trick when I come across a profile that makes me a little misty down there. I shoot him a message with three heart-eyed emojis. It’s a goofy way of saying “Holy shit you’re hot!” If his profile really knocks me down, I might send three engagement rings. Don’t be afraid to be silly, and again, charismatic. 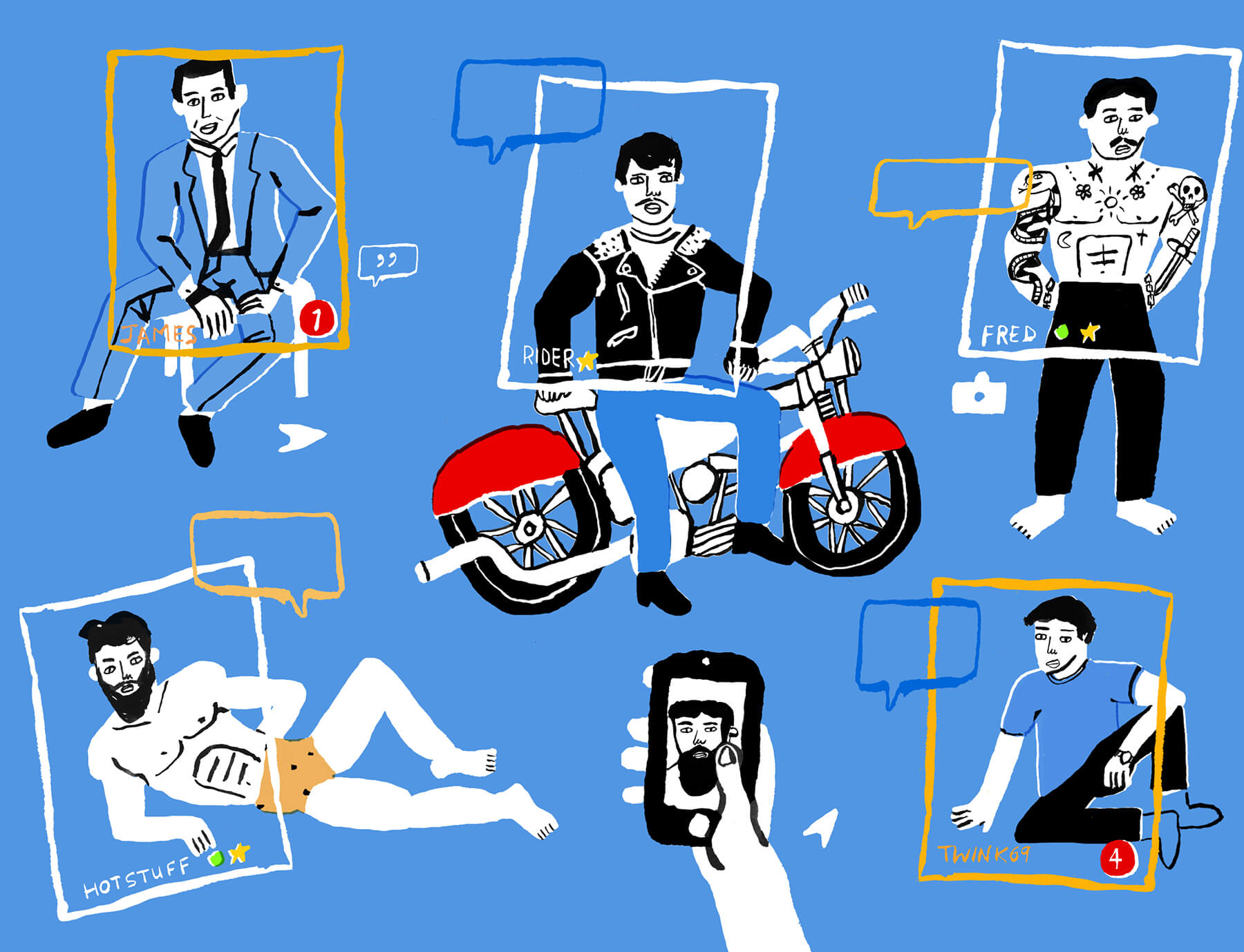