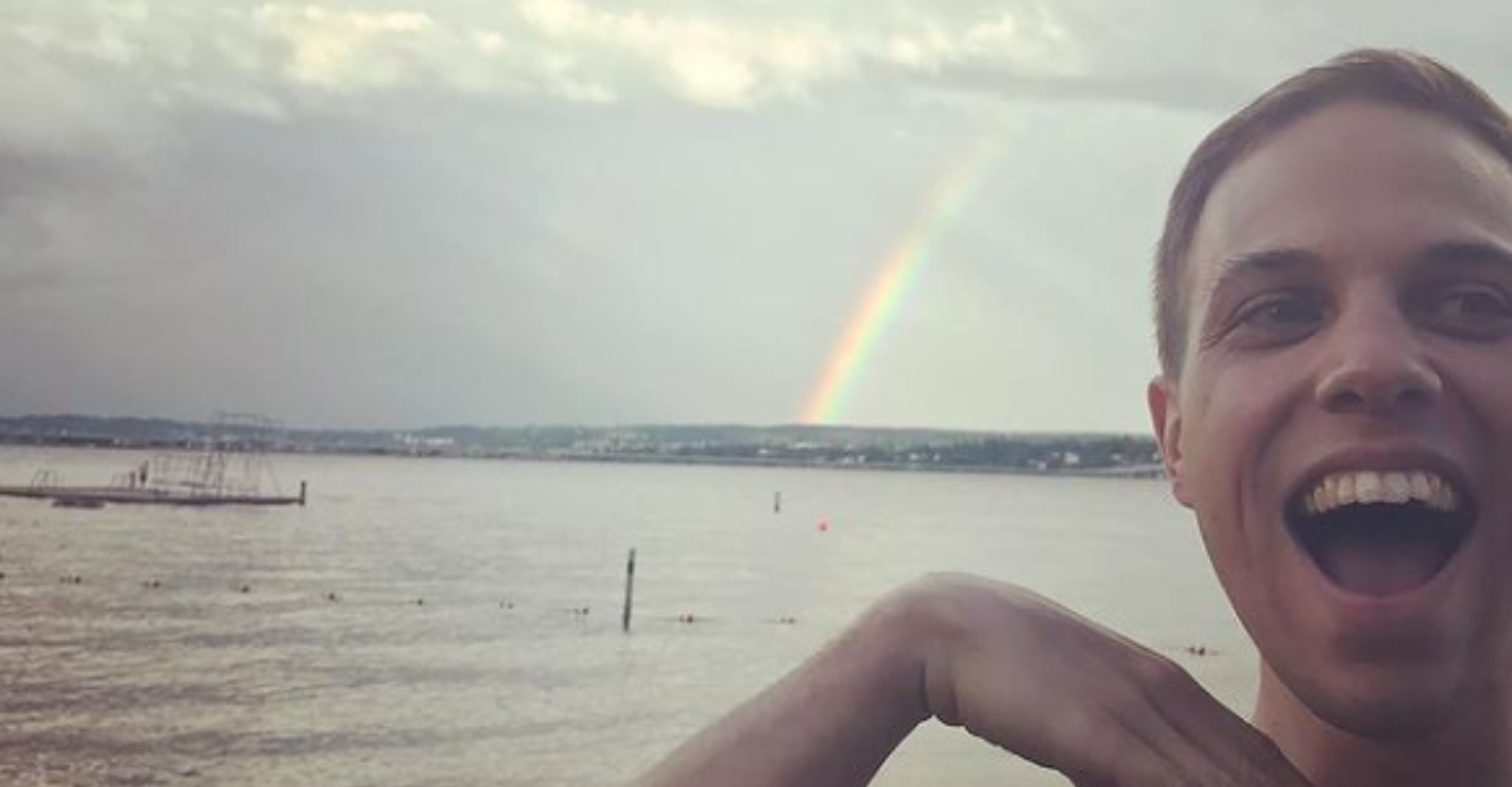 It’s funny. Now that I’m 30 (with my hair thinning, dear god please help me!) I didn’t think I would care so much. After all, isn’t worrying about stupid stuff what your 20s are supposed to be for?

Nonetheless, I do still care about what people think of my disability, especially those who (hopefully) want to sleep with me. But I’m trying not to—which is why I decided to do a little experiment: For one month, I would put my disability in my Grindr profile for all the world to see.

Of course, the thought of doing this made my anxiety soar faster than a Britney Spears song racing up the charts (btw, #FreeBritney). Typically, I would wait until I have been chatting with someone for a while before exposing that part of myself. Plus, I’ve never been a fan of putting “I AM DISABLED” on anything before someone meets me. For me, the word “disabled” is so loaded and full of different meanings that I try to wait a bit before throwing it around.

I decided to do a little experiment: For one month, I would put my disability in my Grindr profile for all the world to see.

So, I came up with a compromise: Instead of putting “Cerebral Palsy” on my profile (which ugh, it sounds so clinical anyway), I would put “I walk kinda funny” with the disability emoji. Surely, that would get the message across! And to keep myself honest, I came up with three rules for myself:

2.) I would not bring my disability up until someone asked and…

Hitting “Save” after updating my profile on that first day, I braced for the worst. I had heard horror stories from other, braver people who showcased their disabilities on dating apps. How long would it take for someone to notice, or bring it up? What would they say? An hour passed. Then two… and still nothing.

In that time, I received plenty of taps (many of which I tapped back, because I am a gentleman, duh) and messages. And not. One. Person. Said. A. Word.

Before I knew it, my 30 days was up, and still nothing–save for one guy, DeafBi, who tapped me but did not respond to my messages, go figure!

Had I rigged the system? Were people just so evolved that my disability meant nothing to them? Or, more realistically, did people simply not read bios? For all my years of internal turmoil on whether to disclose my disability to potential suitors, I had finally worked up the courage to do it, and here I was, with nothing to show for it. It was anticlimactic beyond measure.

Putting my metaphorical lab coat away (this was an experiment, after all), I decided to remove my disability from my profile and go back to the way things were (a.k.a. giving nothing but taps and avoid speaking to each other at all costs).

Had I rigged the system? Were people just so evolved that my disability meant nothing to them? Or, more realistically, did people simply not read bios?

If this taught me anything, it’s that photos are king, and words really hold next to no value on dating apps. You can be the most hilarious person ever in your bio, or admit to being a complete psycho murderer, and no one will ever see it! And it makes sense, I’m guilty of it too. Most of the time, I’ll go through a guy’s pics, scroll down to his position (compatibility is key, kids!) and then chat him up. And who knows, maybe this would have played out differently on another app, like, say, Tinder?

My experiment also made me realize I still possess a ton of privilege when it comes to my disability, in that you can’t really tell I’m disabled based on my photos alone. Now, had I put “I walk kinda funny” in big bold text on one of my photos, perhaps this would have been a different, sexier story entirely.

No matter the case, here’s to less obsessing, and more tapping. ♦