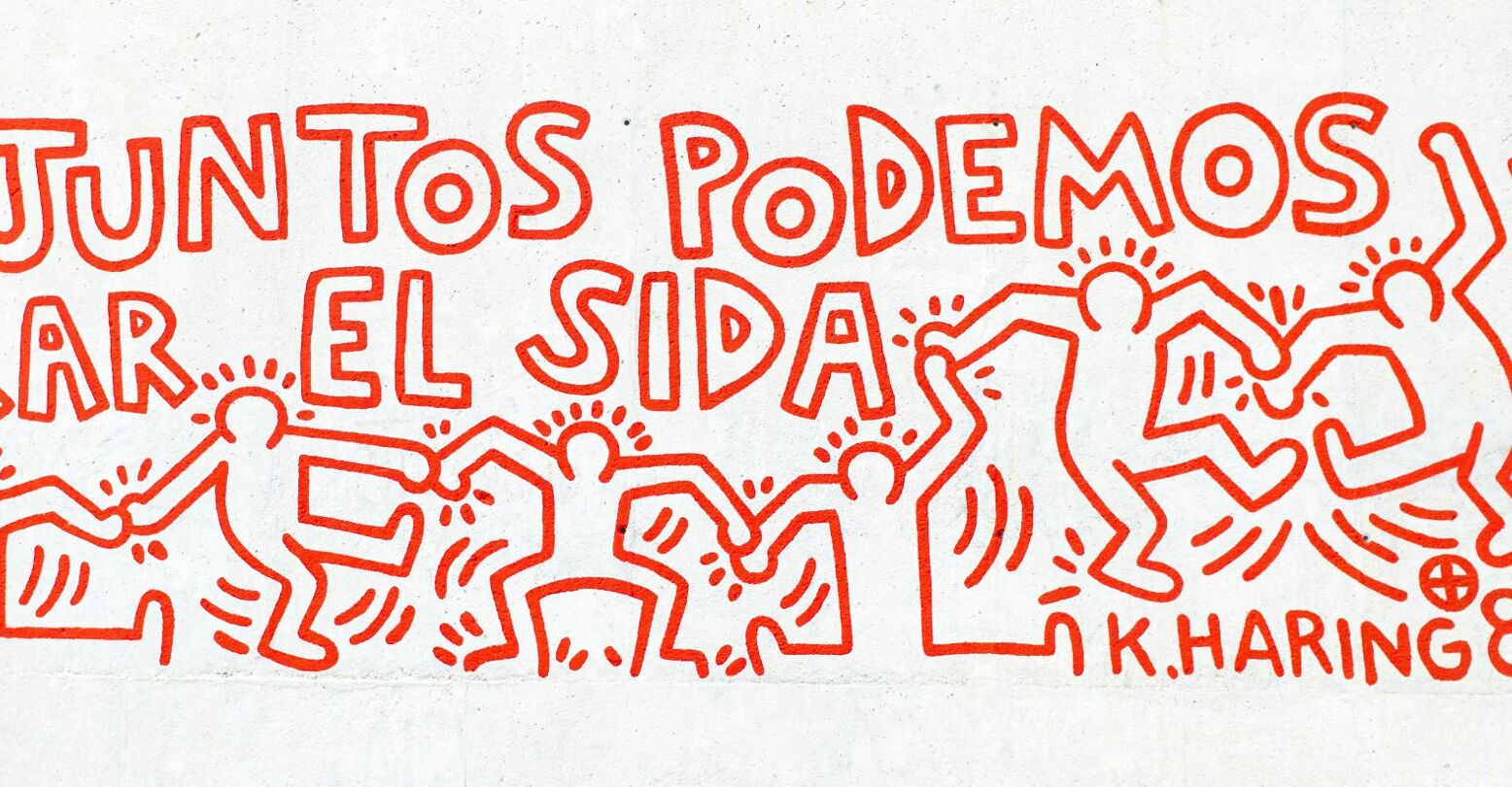 Last February, I hosted a karaoke night in Brooklyn, and one of the attendees I met that night invited me to a bar in Harlem after the event ended. I had been to the bar before: the last time I was there, I was working as a photographer for someone’s casual-but-professional event. The bar seemed to match the vibe, but was also queer-friendly.

I liked the idea of going back, so I ended up going after the event. I couldn’t stop home, so I lugged my camera and other items I had bought with me that night with me, figuring that the bar wouldn’t be packed or restrictive like the last times I visited.

Boy, was I wrong on both counts. I had to have all my belongings checked before coming in, and it was packed. Shoulder-to-shoulder, back-to-back packed. Remember what that was like? Can you even imagine?

So yeah: imagine what it’s like coming from an event you’d put on, rolling into a packed bar, carrying expensive equipment, and hitting everyone in your path. Then, having to find the person that invited you amidst that. Not a good start to the night, especially when the night had clearly already gotten started for most of the people there.

I should mention that I already wasn’t a crowd person, especially a crowd-of-mostly-drunk-people crowd person, after already doing a lot of #extrovert behavior as the face of a 3-hour event. I’m not shy of interacting with people, but many people have a time limit on their stranger-presenting front. This was on a Thursday night, and normally I would have work the next morning, except I had this week off of work.

It was also cold out, even for a February in New York City – but very hot in the bar, in addition to being stuffed with people.

I was myself, albeit a drunker version.

It took nearly an hour to get there, get the bartender’s attention, and order one drink – let alone a few for everyone else, to save trips – in the loud, tight space. It was a whole other bout trying to hold the drinks, poured all the way to the top with tiny straws in proper bar fashion, while maneuvering away from the bar. The downstairs bathroom stalls had lines going all the way up the stairs.

As typical in environments such as these, people inadvertently touched other people, and other said people were oddly unhappy with this, and then people’s people caught wind and came to their people’s defense. The room was shortly getting hotter, literally and figuratively.

This may sound like it qualifies as a bad night out, and maybe in the before times it was, but even at that time – which was just weeks before the rising rates of coronavirus infections would force governments to shut down bars – it was the best place to be. In that moment, I felt community.

I was myself, albeit a drunker version. Not “stumbling around drunk,” but “talk to someone for two full minutes before you realize they’re the guy you were last involved with before they told you they were leaving the city” drunk. I didn’t worry about my belongings for a moment because I didn’t fear any of the people I was around, although I didn’t really know a single one. There’s something about being metaphorically at home in a place with your community, where no one is out for any reason other than living their life, and nothing else before or after matters.

Needless to say, all has changed a year later. We’re all physically at home, trying to capture community in every way other than physically.

And everything matters, now more than ever.

We’re all physically at home, trying to capture community in every way other than physically.

As a bisexual person, I already struggled to find community in even the most inclusive settings. I just naturally clash among people still holding to heteronormativity, and sometimes queer places are not safe for Black people, or younger people, or people attracted to more than one gender, and I happen to be all three. I’m also just a walking rebel. I really don’t like being someone I’m not, especially for the sake of others.

I didn’t grow up staying in one school for long or being allowed to branch out and having access to people like me. I had a hard time maintaining relationships with people, in part due to all the other issues in my life. Transitioning into adulthood, I didn’t have a stable income or groups of friends, so I didn’t go out often or build sustainable foundations for maintaining healthy, consistent relationships.

So even though I live in my hometown, which happens to be one of the most diverse cities in the world, have a network of people around me, have a successful career that has blessed me with the ability to live in a place of my own & independently of anyone else’s support, I am more alone than ever. Although I consistently work with, live with, and know plenty of LGBTQ people, I am lacking in community more than ever.

I know that after a year where physically gathering is a deadly risk, I’m far from alone in this regard. LGBTQ people were struggling in trying to exist in society before, and a pandemic that wiped out our economy, our gatherings, our ways of life, and so much else definitely drastically affected that. Not everyone’s community comes in the form of physical locations, but for those who do access safety in bars or businesses or places for leisure, there may not be a time like I had again for weeks, if not months, and in less populated places, years. Ballroom communities immediately come to mind, for example.

While a lot of other things can be accessed and conducted safely via Zoom and digital measures, LGBTQ people are not always safe in digital spaces or the spaces they’re connecting from. We’re more likely to be harassed, or censored, or have our access revoked altogether, from social media or communication platforms. Yes, vaccines have arrived and their accessibility is increasing, but above all, they are not the end-all to ending infections, particularly if enough people are not willing (or able) to get them, or if resistant strains continue spreading.

Equivalents of whole metropolitan areas, states, tribes and ethnicities are no longer alive. Most of us are sleeping on these facts, night after night, on our own.

For people privileged in social or financial means, a return to normal also comes sooner than it does for the people who are struggling financially, and/or simply don’t have a network of people to return to. Even if all the health risks that come with COVID disappeared next week, I doubt that bar in Harlem would look anywhere near the same. I don’t just mean smaller crowds, but crowds of people who are less safe, less secure, more fearful, or more scarred aren’t necessarily the same. Even further, already marginalized people like LGBTQ disabled people or those with other health risks like HIV-positive people or those that rely on sex work do not suddenly have their plights remedied.

I know it’s depressing to admit all this, but the most difficult fact to sit with is, on top of all the hardships that come with maintaining community, there’s 500,000 less of us in this country and 3 million less in the human race, just because of one viral infection. Equivalents of whole metropolitan areas, states, tribes and ethnicities are no longer alive. Most of us are sleeping on these facts, night after night, on our own. We wake up to it and live through it, working and “going on” as if this is just a casual happening. In the rush to return to and maintain this society’s dated, misguided notion of ‘normal’, it’s as if there’s no one and no time to sit and really acknowledge this. Certainly, there’s no adequate why.

So I don’t know when, or how, I’ll find a group and place where I’m comfortably me, or at least comfortably queer. I have no idea when or how all of us will be able to. No, this thing called life didn’t get any easier, and no one can say it was meant to. But we can find a community again, even when it feels like we won’t, even when we don’t expect to, like I didn’t before walking into that Harlem bar on a Thursday night in February. As Rod Serling once said in similarly unprecedented times, “I think the destiny of all men is not to sit in the rubble of their own making but to reach out for an ultimate perfection which is to be had. At the moment, it is a dream… at this hour, it’s a wish. But we have it within our power to make it a reality.” ♦