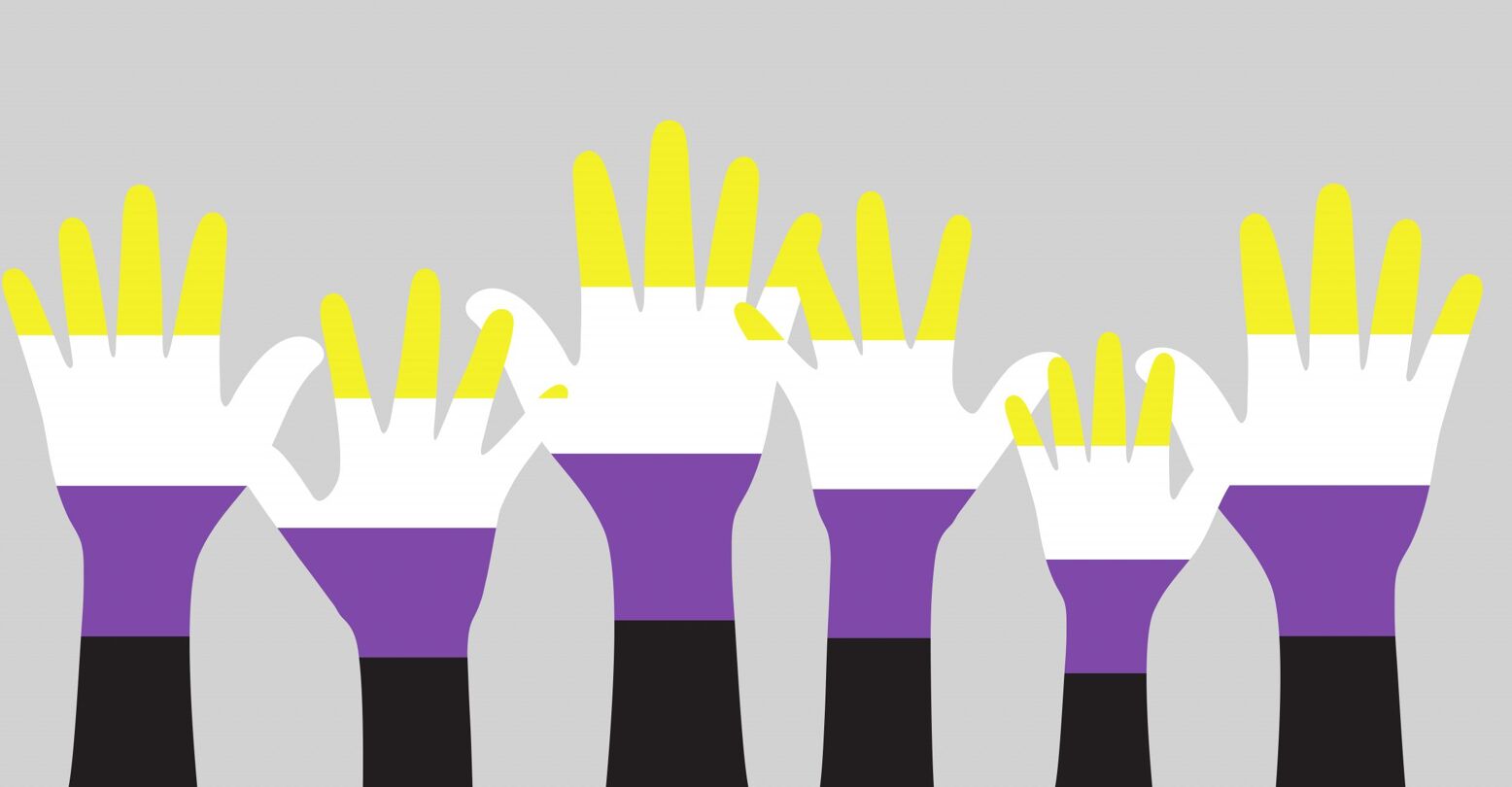 In honor of July 14th’s International Nonbinary People’s Day, the Trevor Project has shared research which found that one in four LGBTQ youth identify as nonbinary.

This was part of the organization’s 2021 National Survey on LGBTQ Youth Mental Health, which sampled 35,000 LGBTQ youth ages 13-24 through targeted social media ads. The Trevor Project has said that it is their most diverse sample to date, with 45% of respondents being POC and 38% being trans or nonbinary.

In addition to the 26% who identified as nonbinary, 20% reported that they were questioning. “Nonbinary” was defined to survey participants like this: “Some people describe themselves as nonbinary when the way they think or feel about their gender is beyond exclusively male or exclusively female. This can include but is not limited to, identifying as having no gender, having a gender somewhere between male and female, having a mix of male and female, or identifying outside of male and female gender identities.”

According to the report, “When asked about ways other people can make them feel happy or euphoric about their gender, nonbinary youth overwhelmingly responded: having people in their life use the correct name and pronouns to refer to them.” At the same time, respondents with no one in their life who respected their pronouns had attempted suicide at a rate 2.5 times that of those with people in their life who did. It’s even more interesting to consider that while identifying as queer and nonbinary is on the rise for Gen Z, Evangelical Christianity is on the decline. A recent study shows that white Evangelicals, who made up 23% of voters during the Bush years, have declined to 14.5%.

As America’s population changes, it’s our job to adapt. The summary concludes by celebrating the diverse, evolving language that nonbinary youth use to describe their experience. It also goes on to recognize that more work must be done to educate parents, teachers, and social service workers to affirm nonbinary people. In short, as the study puts it, “Understanding and respecting the pronouns of nonbinary youth can be life-saving.”