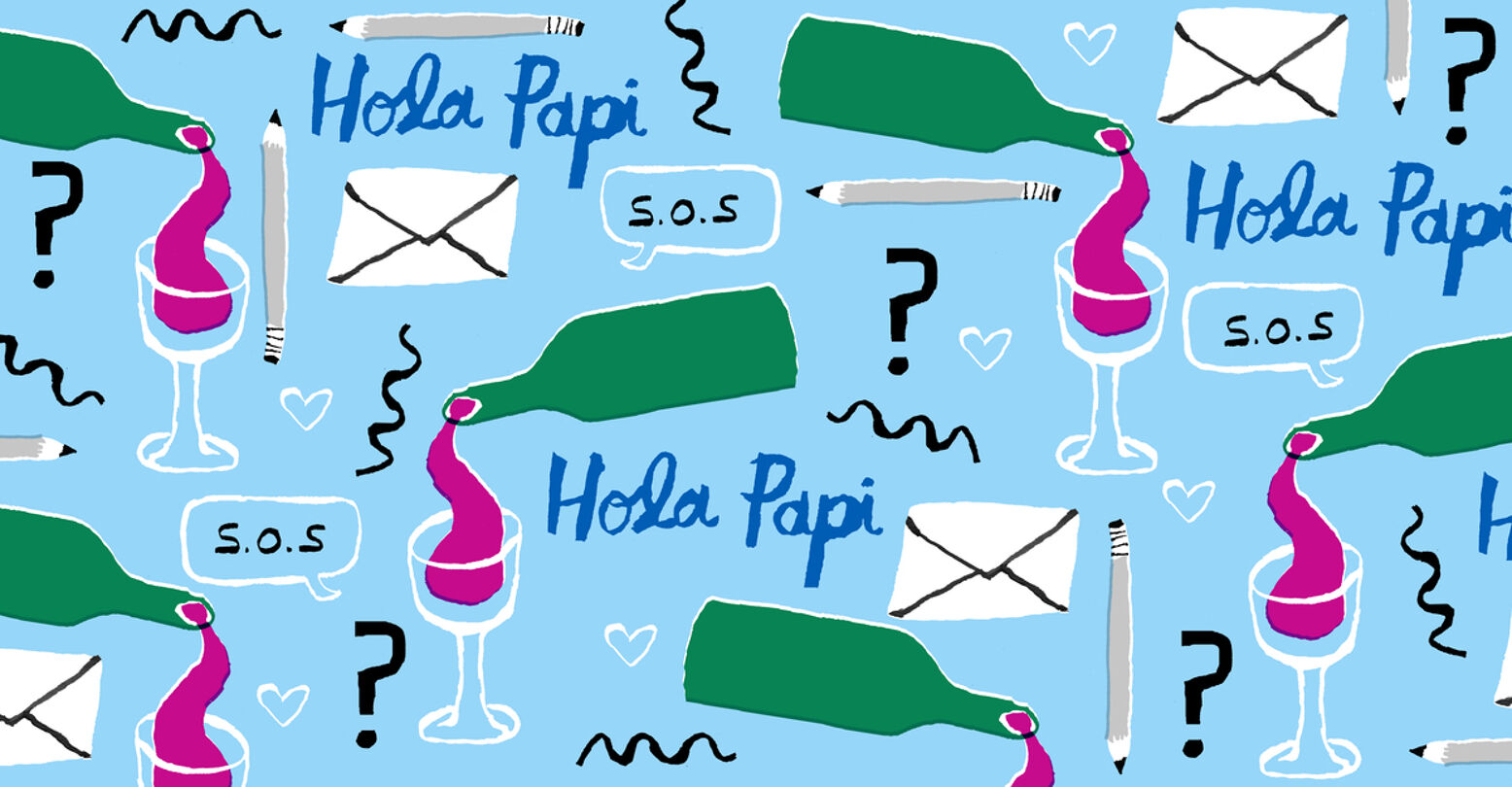 In this week’s Hola Papi!, the advice column by writer, Twitterer, and prolific Grindr user John Paul Brammer, a reader writes in for dire help: he’s not like all you gays that love Drag Race and hooking up, he’s COOL.

And due to being so cool and #masc4masc he can’t find a date or a man he wants to ride off into the sunset drinking beer with. Thank goodness Hola Papi! is here with some thoughts.

I don’t know what to do. I want to date, but all the gay guys around me are obsessed with hooking up and RuPaul’s Drag Race. All they do is party, but all I want to do is stay home and watch sports.

I’m not one of those guys who like to post shirtless pictures. I respect my body. I don’t “sound gay” and come off as very “straight-passing,” and I’d like a potential partner to be the same. I’d also like gay friends, but I just don’t relate to gay people.

What is a guy like me to do in this shallow gay world?

We here at Hola Papi! (And by we I mean me. I recently fired all my interns because they were stray cats and their grasp on human dilemmas was tentative at best), receive a lot of letters asking for guidance on the gay experience. But, far and away, this is the most common question.

In fact, I receive this question so much I decided to put all these letters in a blender with a bottle of tequila and set it to high. So what you’re reading is a sort of “Not Like Other Gays” smoothie. A puree, if you want to get all Iron Chef about it, of, like, fifty letters.

I cherry-picked the worst parts of these letters because I am fundamentally lazy and it makes it easier to respond to. If you wanted intellectual rigor, then maybe you should have looked for it somewhere other than your Grindr inbox. I am not the Ta-Nehisi Coates of “Top or Bottom?”

Anyway, Cool Gay, please don’t take what I’m about to say too personally. As I said, this isn’t one letter or one person I’m responding to. It’s the general crux of the “I’m not like those homos” sentiment I’d like to address. Now that that’s out of the way, let’s begin.

Look, I get it. We all get it. You’re not like other gays. You don’t do hookups, you “make love.” You don’t count yourself as part of “the scene.” Which scene? It’s not abundantly clear. Perhaps it’s the one in The Devil Wears Prada, where Meryl Streep is going off about cerulean.

While the rest of us were out being sluts in nothing but our jockstraps on a rainbow pride float and huffing poppers, you were studying the blade.

You prefer sports bars to gay bars because you’re “one of the guys,” and by “guys,” you mean your straight guy friends: sentient bottles of Axe body wash, the ones that double as shampoo. The kind of straight men who whoop when “Don’t Stop Believin’” comes on during happy hour at Applebee’s where everyone is wearing the same baggy bootcut jeans that they paired with, blind guess here, Sperry’s, or some other brand of boat shoes despite your location in a landlocked state.

You probably let these randomized Sims make gay jokes at your expense, which is a point of pride for you and something you like to brag about on your date with whatever hapless twink stumbled into your orbit, the sun of which is probably something deeply depressing, like rejection by your father.

In any case, if this twink catches you on a good day, you’ll end up back at your place despite your firm “no hooking up on the first date” policy, a policy which you have so helpfully included IN ALL CAPS on your Grindr profile where you routinely exchange nudes after an unceremonious “Sup?”

If this twink is lucky, you’ll stimulate his prostate with a few fingers before rejecting his offer to cuddle afterwards because intimacy terrifies you almost as much as the thought of having to deal in a meaningful way with your self-loathing. All this, because you derive a sense of uniqueness from being a “straight-passing” homosexual, despite the fact that heterosexuality is both common and, let’s face it, pretty dull.

To make a long story short, Cool Gay, the problem isn’t that you feel ostracized by the gay community. That’s a very valid concern, and one we have all felt from time to time. The problem also isn’t that you’re struggling to find a man. This, again, is something anyone with an attraction to men can relate to and something we could probably bond over.

The problem is that you have chosen to frame your struggle as something that makes you superior to other gay people who do enjoy the things you have written off as shallow. You believe it sets you apart in a way that makes you better or more special. This, despite the fact that thinking you’re “not like other gays” is so pervasive and so ubiquitous that the number of “I’m not like other gays” letters I’ve received is enough to fill several copies of The Velvet Rage.

It raises the question: If there are so many gay guys who “aren’t like other gay guys,” then why aren’t you all dating each other? Or could it be that your problem isn’t really with other gay guysafter all, plenty of gay guys play sports and hate Drag Racebut with yourself?

Cool Gay, I believe your struggle isn’t that you’re just too unique to find someone.

I believe your struggle is that you have been taught all your life that being gay is bad because feminine things are bad and therefore you are bad because you are gay. It’s an insidious cycle. We are taught to hate ourselves, and then we project that hate onto others who embody the traits we were socialized to reject to score cool points from people who wouldn’t like us if they knew who we really were.

I’m not saying “mean gays” don’t exist. I’m not saying you have to love and accept every gay guy or every aspect of the gay community or that I’m going to strap you to a chair and force-feed you every single lip sync for your life until you understand how important Chi Chi DeVayne is and how she was robbed. I’m saying defining yourself in opposition to an abstract concept of a monolithic “shallow gay community” says more about you than it does about the community in question.

And hey, I firmly believe in the first commandment: Read not lest ye be read. So let me just say, Cool Gay, not only was I one of those masc4masc gays when I first came out, but I still have a lot of work to do in unpacking my internalized homophobia.