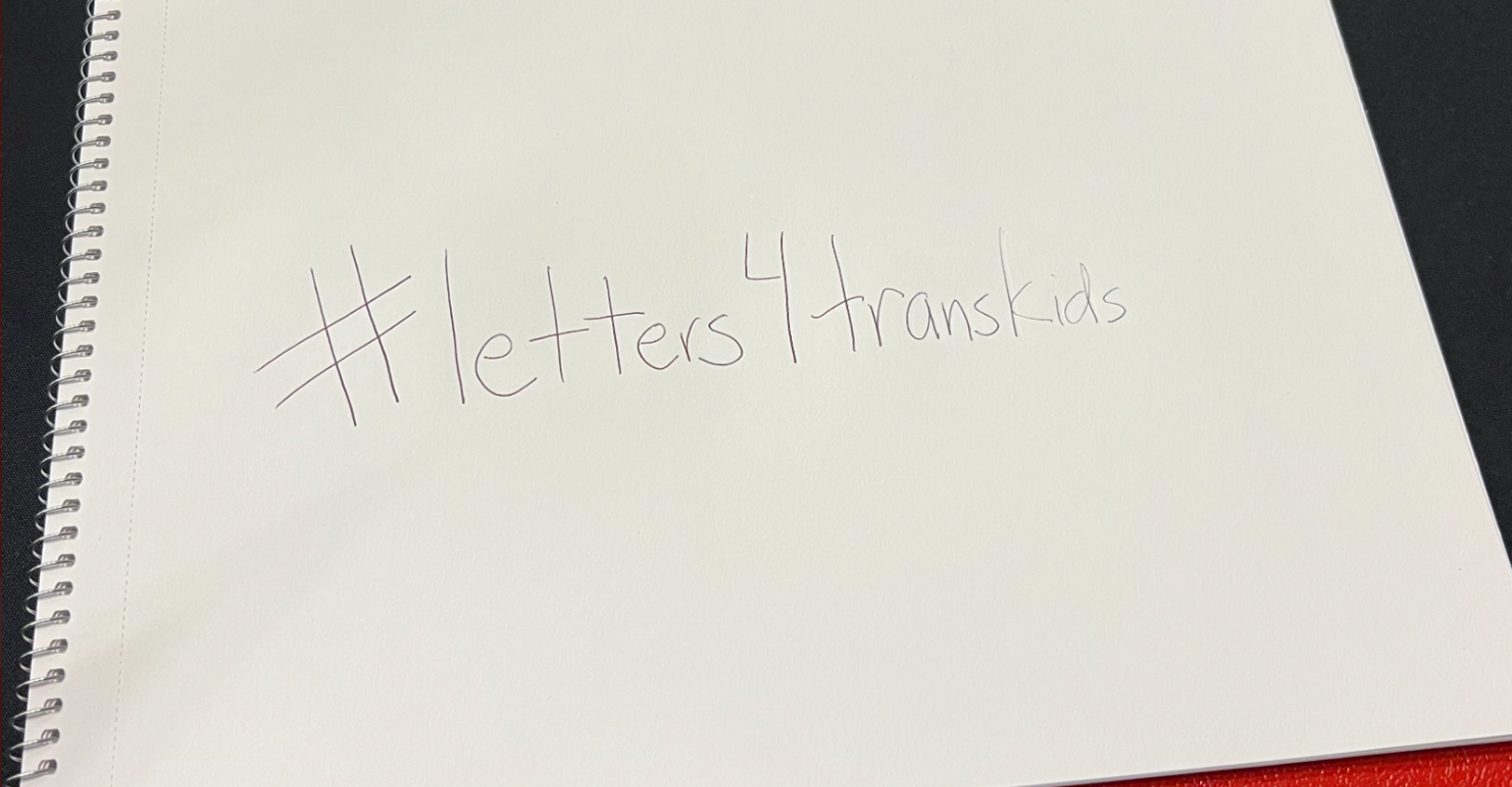 In the past few months, we’ve seen an alarming number of anti-trans bills pop up across the country in states like Texas, Alabama, North Carolina, Tennessee, and South Dakota. And they’re not going away. What conservatives are calling a “culture war” is in fact just a concentrated attack on the lives of trans kids across the country, and trans adults are fighting as hard as they can to make sure kids don’t have to live in a world where their existence is criminalized and under constant attack.

Journalist Ina Fried has taken the call to duty one step further by launching #letters4transkids, an initiative that asks adult trans folks and allies to speak to kids who are struggling to envision their future amidst a torrent of anti-trans violence and legislation.

So far, Fried has received emails, videos, Instagrams, and even Tumblr posts reminding trans kids just how special they are.

It’s been a rough time for trans and nonbinary youth. I wanted to find a way to show them support and #letters4transkids was what I came up with. I hope you will join me by posting a message of encouragement to these amazing young people and tagging it #letters4transkids (1/7) pic.twitter.com/vVAyd0nis1

INTO spoke to Fried over email about the importance of being there for trans kids right now, and how we can help them see past the hate into their bright future.

Why did you start #letters4transkids and how long have you been planning on doing the project?

The idea first came into my head almost a year ago but this year’s wave of anti-trans legislation was kind of the last straw. for me to be like, yeah, I need to do this.

As a journalist, I can’t really wade into the politics. But as a trans woman, I also couldn’t just sit by and let trans and nonbinary kids hear only the message of those who want to make their lives harder.

What’s something you wish you’d been told as a kid?

I actually had a fair amount of support as a kid. I didn’t figure out I was trans until I was 17 and in college. But I also didn’t grow up knowing that being trans was something that existed.

What’s something you find surprising about the younger generation of trans kids?

Well, it’s not surprising, but the next generation is amazing and fierce. When they have supportive families and communities, trans and nonbinary kids are thriving. To me that is what’s hardest, to know that when they have love and support and opportunity, these kids can thrive and be happy. And too many don’t have that and are struggling mightily.

What does receiving a letter from a friend/ally/elder do for kids in states where trans rights are under attack?

A bunch of letters can’t replace having access to affirming health care or being able to fully participate in sports and other activities. But hopefully these letters will help kids see that there are people who wish them well and support them on their journey.

What’s something you wish every trans kid could hear right now?

I want every kid—trans, nonbinary, gender-questioning or none of those—to know that they are loved and appreciated for who they are. It can be hard to find your place in the world, but there is a place for you, whoever you are. There’s only one you and I want you to be the best, fullest you, whoever that ends up being.

It feels a little dystopian. On one end we have the most representation we’ve ever had on film, tv, media… and in the other, thousands of bills threaten our very existence. This is a reminder of our power. And that we have each other 💙✨ #letters4transkids pic.twitter.com/DTp7zUMGO3

It’s been a hard time for trans & non-binary kids. 🏳️‍⚧️ Here’s a fantastic idea by @inafried. Let’s write youth letters so they know they are loved & affirmed, wherever they are. ❤️ #letters4transkids

I didn’t come out to myself til I was 19. It occurs to me that if you already have the awareness you sre trans- that is a level of self-knowing that is at once terrifying… and hopeful. I admire it. #letters4transkids /1 pic.twitter.com/tyeB0O3Eok

My handwriting is horrendous so I wanted to leave a little video instead #letters4transkids pic.twitter.com/fsYAjtKJVN