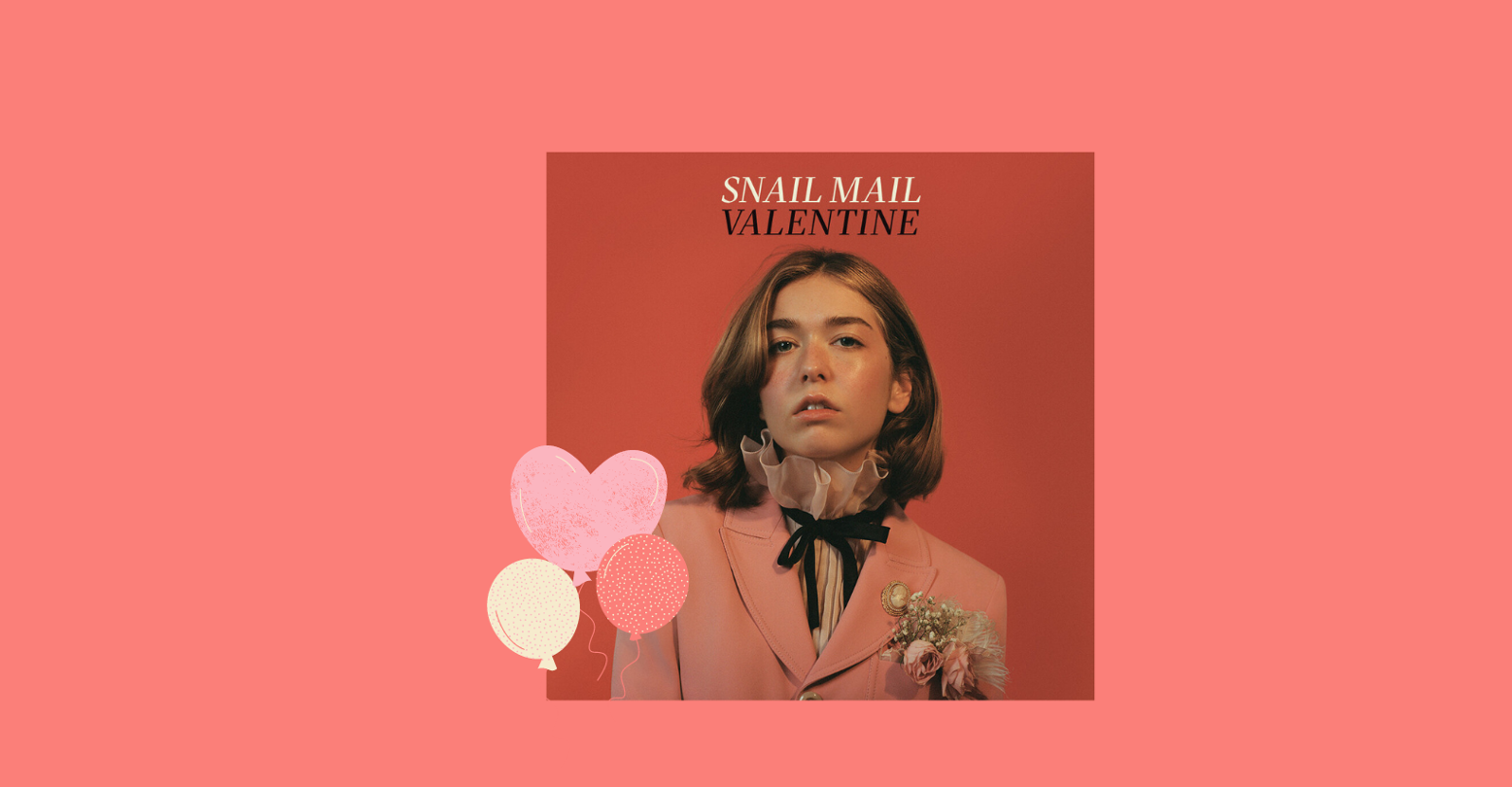 Solo or coupled, Lindsey Jordan of Snail Mail may always be tenderly known as the lover. Stamping her style on every hand-written poem of Snail Mail’s Valentine, L.J is the solo artist responsible for the hit LP’s profound lyricism. Brought into the world in November of last year, Valentine is a chillingly coercive collection that insists on leaving nothing left unsaid – no matter how much it hurts.

Not even two full songs into Valentine’s critically acclaimed tracklist and L.J. is already twisting the knife in on “Ben Franklin.” Sparing the feelings of absolutely no one involved, she hits us where it hurts with lyrical confessions like, “Sometimes I hate her just for not being you.”

Against the album’s 2021 release date, L.J. made it known yesterday—on February 14th of all days—that she isn’t quite finished with her legendary Valentine era just yet. As the clock struck midnight, Snail Mail blessed her Instagram fans both sleeping and awake with a new, never-before-seen look at the unreleased demo of Valentine’s titular single.

Initially named Adore You – Valentine Demo, the original recording dives deeper into Lindsey Jordan’s lyrical language than ever before. The stripped-down demo reveals a mastery of the written word. She riffs off looped lyrics with raw vocals and, for a moment, fans familiar with Snail Mail’s discography are brought back to the charmingly scratchy sounds of her earliest works on 2016’s Habit EP.

L.J. made it known, on February 14th of all days, that she isn’t quite finished with her legendary Valentine era just yet.

Truly giving fans what they want, L.J. trickles into the once-revered track with a new sound. Lyric by lyric, chord by chord, the demo moves with the speed of ignition; almost as if L.J. lights a flame but cannot bring herself to put it out – no matter how close its tendrils draw near. With a sunken gut, we watch as L.J.’s original track Valentine is reworked from the position of that which once was, to that which never will be – we listen as she is willingly engulfed by the misleading warmth of a memory long turned cold.

In place of Snail Mail’s massively popular lead single, comes a song long-forgotten and lovingly titled Adore You – Valentine Demo. While we ache to look away from the remains Snail Mail purposely unearthed, Lindsey Jordan’s terrifyingly calm sense of dread lures us back in with the lull of a love everlasting.

Featuring new lyrics, Adore You – Valentine Demo comes to an alternative ending that departs from the album’s version of Valentine. Unfamiliar with what the future held in store for her,  L.J. the Lover plans to forgo death’s organic ending in favor of a forever in her lover’s permanent embrace. Leaning unabashedly on the certainty we reserve for death, she swears confidently at the sky, “not even scared of getting old now / ‘long as it’s us two / Fuck being remembered, honey / I adore you.”

Hanging onto her past by the thin thread of a moment nearly lost, Lindsey Jordan finally has no choice but to let go with the release of Adore You – Valentine Demo as the final piece of Snail Mail’s Valentine era. No longer heavy with the secret discography of an unreleased heartbreak homily, L.J. found her way over to NYLON – in her back pocket is the hope that fans will embrace her weightlessness as eagerly as they have the hurt that once left her anchored. Digging for the exclusive scoop, NYLON fires off a round of relationship questions to get some solid advice on Valentine’s day from the “Valentine” singer herself.

Starting off just a little shy, Lindsey Jordan prefaces her heartfelt advice with the fact that she is, “by no means a love expert.” Expert or not,  L.J. hands down her relationship wisdom to adoring fans with the tender consideration of a best friend.

First and foremost, the singer/songwriter breaks down the basics on how to start a conversation with a crush. When it comes to getting your flirt on, L.J. suggests slipping in some sincere compliments, “I like to be upfront and just tell them I find them attractive or just ask them to get a drink or coffee or whatever, but if that doesn’t feel comfortable, you could try going up to them and starting conversation with a polite compliment! Everyone likes to be complimented!”

The conversation may have crawled to a casual start; but, finding certainty in love’s chemical equation is no easy feat. Luckily, Lindsey Jordan dives right in when asked to name a few relationship “green flags.”

Finding certainty in love’s chemical equation is no easy feat.

Guided by hindsight, Snail Mail offered up some characteristics to look for in a healthy partner, carrying as many fans up with her as possible while she heads toward clarity. “Sometimes green flags can be misleading, but a couple of early indicators of a keeper could be that they listen to you, that they remember things about what’s going on in your life and ask questions, that they are open to calmly talking through conflicts and working through them together as a team, and so many more. Make sure that they are emotionally capable of treating you how you deserve to be treated.”

Of course, the number one question for Lindsey Jordan, Snail Mail’s certified lover, is: “How do you get over a breakup?”

Citing what has to be the same advice she must have followed all those months ago, before the catastrophically cathartic birth of Valentine, L.J. recommended pursuing a passion project: “Let yourself cry, surround yourself with loved ones, allow yourself to be annoying, and talk about it as much as you want, listen to the songs you listened to together, and feel everything! It’s also helpful to immerse yourself in your projects/passions, exercise, and fill your days with routine self-care.”

I’ll admit that listening to Lindsey Jordan’s heartbreak on Valentine never gets easier, but loving her creative process while she grows as an artist couldn’t feel more natural.♦