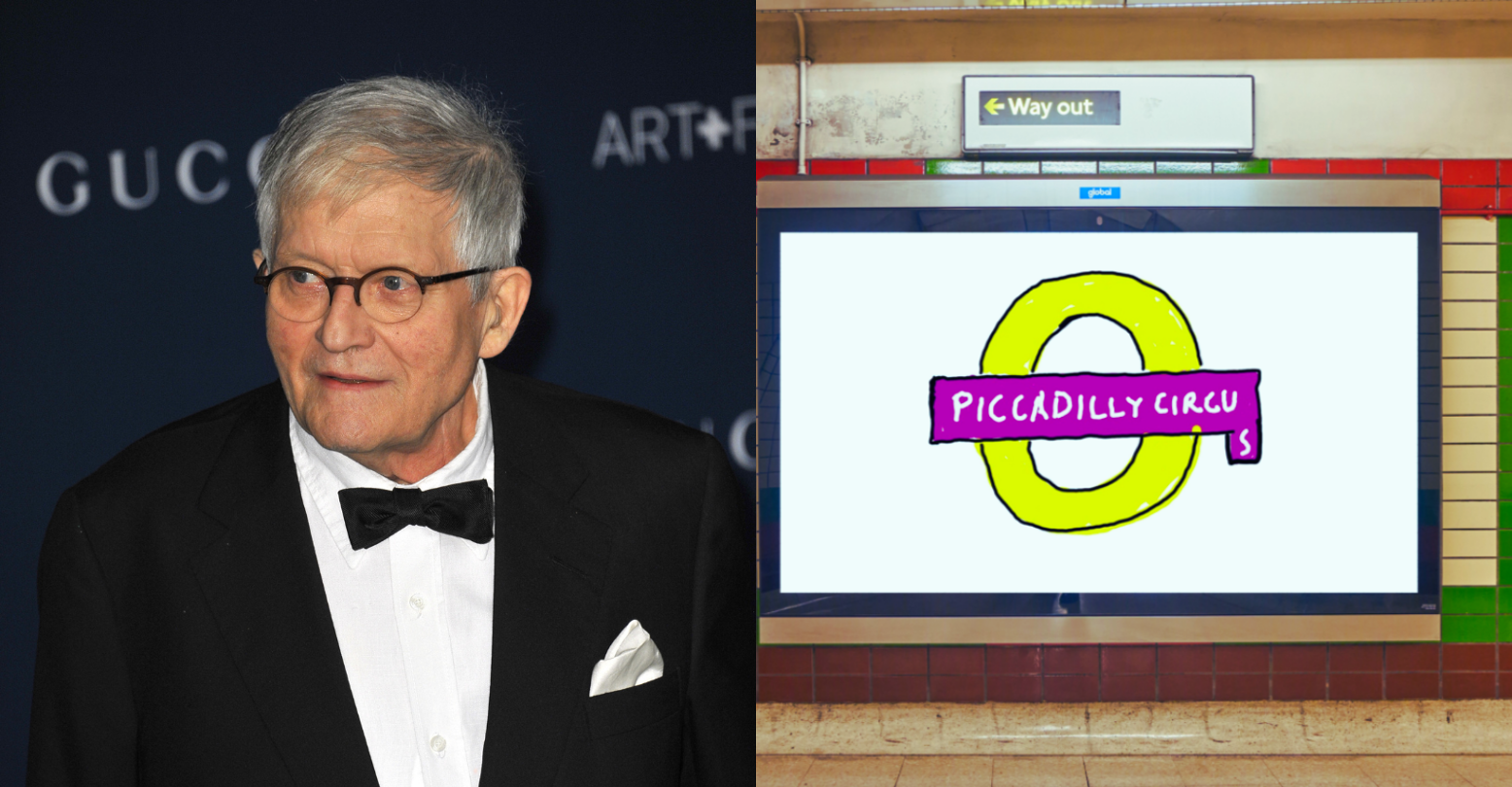 David Hockney is a British national treasure. As an out-gay artist, he’s been making work since the 1950s centering queer love and lush, brightly-colored interiors. And dachshunds.

So imagine the British public’s surprise when Hockney—who was recently commissioned to do original public artworks for the British Rail—unveiled a less-than-inspiring piece on Tuesday as part of London Mayor Sadiq Khan’s #LetsDoLondon campaign.

It’s a lot more Cy Twombly than David Hockney, and the work left viewers feeling uninspired. Some even speculated that the legendary artist simply slept on his deadline.

London: “David, you said you’d have something to us by today?”

London: “David? Are you there?”

david hockney, as he realises the art submission deadline he forgot about is in one minute: pic.twitter.com/PTizW8hFJ1

While others felt that they—and their small children— could have done a better job.

Others pointed out that some less famous artists could have really used this commission.

I love David Hockney, but can’t help but feel as though they’re are plenty of artists in London that could’ve really needed this job.

The unfairness of it all!

Proves that once an artist has made their name, they can turn out any old shite for a small fortune…. https://t.co/UEhKDGg2PA

Did @MayorofLondon contact the wrong David Hockney? I feel like there’s a primary school kid feeling really pleased with himself right now https://t.co/Xo6SMKsdOZ

Next week, Hockney does the Trafalgar Square lions… pic.twitter.com/3SHH0oHAaN