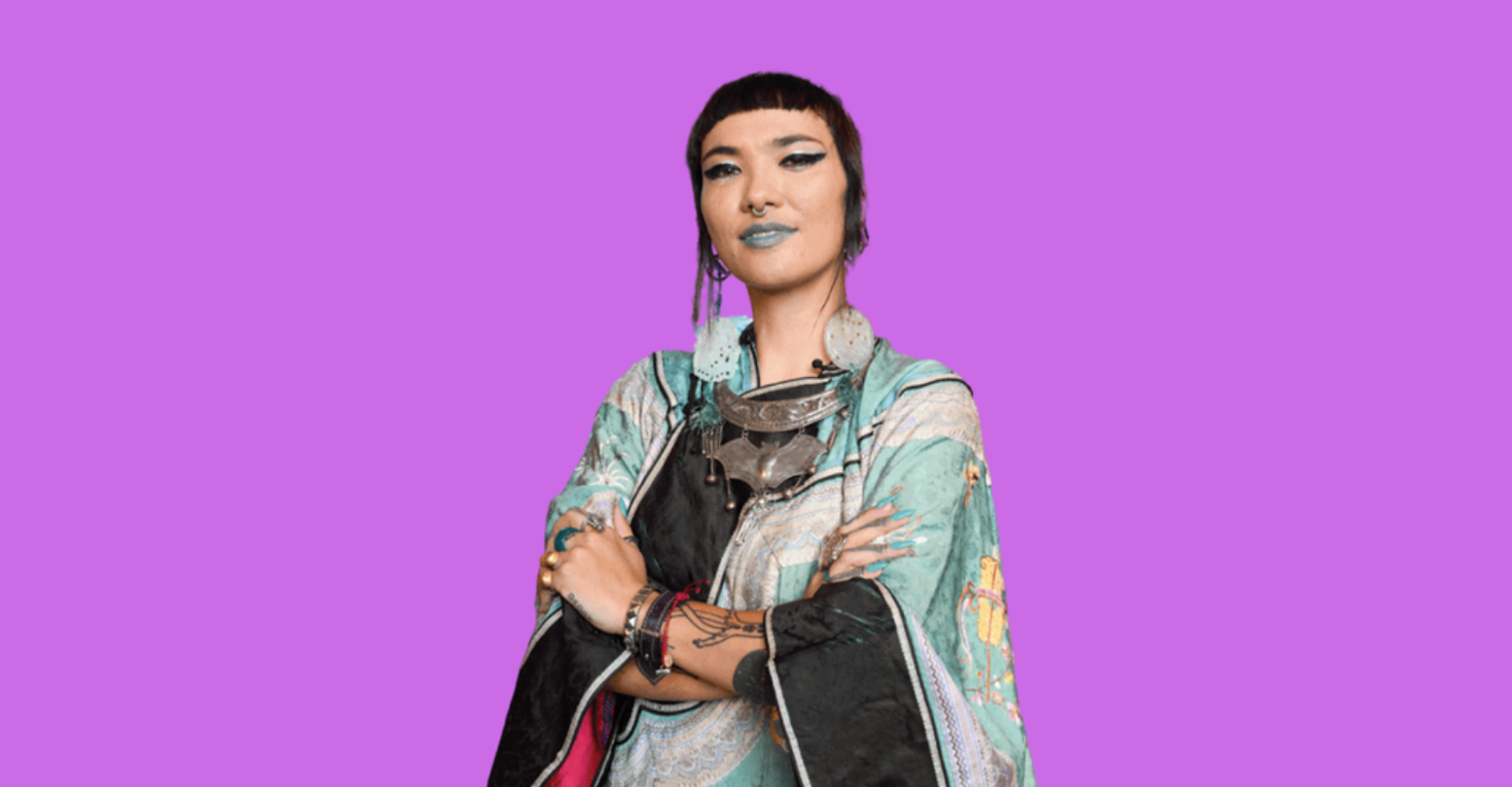 Lauren Ys—a Los Angeles-based artist known for their colorful, mind-bending murals—recently came out as nonbinary, and they spoke to The Advocate about how art enabled their self-discovery.

Although adventurously psychedelic, Ys’s art has always been explicit in its expression of queerness and identity. This past year, they collaborated with Restorative Justice for the Arts to create a mural in LA’s Chinatown bearing the message “Stop Asian Hate Crimes. Protect Our Elders,” in the wake of rising anti-AAPI violence. They also created the mural “Queer to Stay,” in partnership with The Human Rights Campaign and Showtime.

But like everyone else, their year was also defined by lockdowns, social isolation, and self-reflection, and this led to their coming out. They explain: “I was forced to interrogate a lot of my identity that had been sort of frozen in a premature state while I was pursuing my career, and once I slowed down and gave time to my personal relationships, my writing, my community involvement, and my own mind — all heightened by the sort of pressure cooker created by the protests and election — I think everything just sort of warmed up and unraveled inside of me.”

From the very beginning, art has always acted as a way for them to process their thoughts. Recalling how they got into drawing, they say, “I’ve known from a very young age, simply because I really have to do something tactile in order to process my experiences and thoughts. I’ve never been able to move through life in a passive way, I need to chew on things and translate them through some kind of mark-making.”

One of the first personal experiences their art allowed them to explore was their own queer identity. “I processed a lot of my confusion about sexuality and gender through drawing — drew a lot of R-rated things in my notebooks in high school, which was my way of accessing queerness from a young age,” they recall, “and it took me many years after that to realize that exploring queer themes in my public work was not just a personal admission but a real and valid contextual conversation that may also help others see or find themselves.”

Besides queerness and gender identity, Ys also credits everything from Chinese art to Korean horror to Lil Nas X as sources of inspiration. They go on to describe their plans to develop their inspirations further in the future: “I am hoping to expand on the rotating installations I’ve been making, getting deeper into Chinese mythology, and exploring my gender identity more through painting.”

In addition to blessing us with incredible murals, Ys also gives back to the community by helping other artists in need. “My partner and I run an art space for LGBTQ+ BIPOC artists,” they explain, “and every now and then give out micro-grants funded by any work we do that is related to the queer community.” They encourage interested artists to contact them on Instagram.