“Lou Reed is more interesting than satisfying to me,” says Ezra Furman.

It’s a puzzling statement on first blush, considering that Furman, the prolific songwriter behind one of the year’s best records, Transangelic Exodus, has just written an entire book on Reed’s most acclaimed album, Transformer. The book is part of the 33 1/3 series, Bloomsbury’s short books about albums.

While he’ll readily admit that Reed is the most important musician in his own growth as a queer artist, there’s still a deeper sense of uncertainty that lingers in Furman’s voice as he describes his idol, in part driven by the painful consequences Reed faced living as a repressed queer artist in the rampantly homophobic ‘60s and ‘70s.

“With this record, I just feel that the misery of being queer is a repressed theme,” Furman says. “If you go a little deeper it’s so miserable to be queer in 1970, you know?” 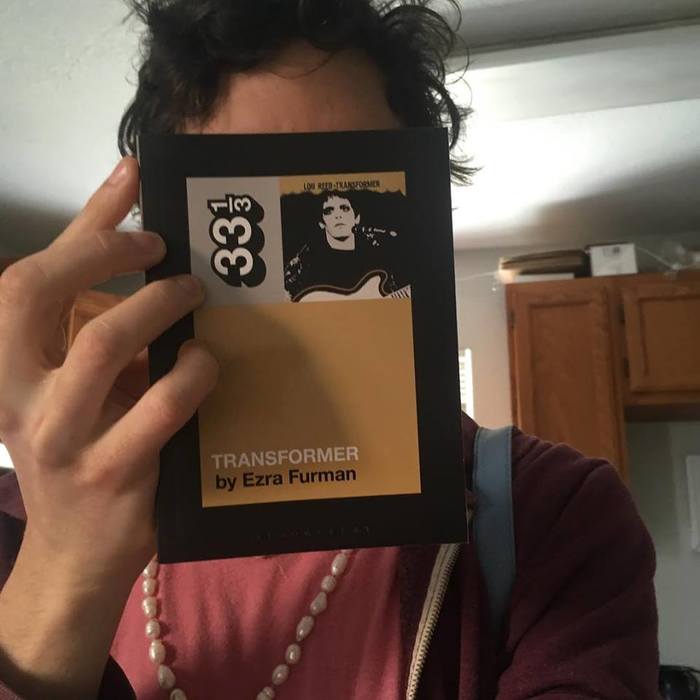 By the time Reed made Transformer in 1972, at age 30, he’d already lived a turbulent and remarkable life. Coming out to his conservative Jewish parents at the end of high school, they’d make a fateful decision: force Reed into electroshock therapy, an experience that would change the rest of his life, scattering his ability to write at length and pushing him instead towards songwriting.

After leaving Syracuse, where he studied journalism, creative writing and film directing, Reed drifted into the burgeoning underground New York arts scene. That’s where he’d meet the other members of the Velvet Underground, who soon came to define avant-garde music as the house band for Andy Warhol’s Exploding Plastic Factory. Yet after a string of abrasive, cutting-edge recordings with the band and a growing notoriety as one of the most daring musical groups of the late ’60s, Reed decided to quit the band abruptly in 1970, moving home to the suburbs to work at his father’s company and marry a nice Jewish woman, temporarily living the heteronormative fantasy that exists so fleetingly on the song “Perfect Day.”

Having discovered the band and been transfixed by their gritty realism, David Bowie would soon pluck Reed out of his unsustainable, repressed life, co-producing the album that would make him a subversive star with songs like “Vicious” and “Walk on the Wild Side.” But that same sense of repression would continue to haunt Reed throughout his career, something Furman eloquently captures when describing Transformer.

Furman reveals the heartbreaking consequences of this self-denial, quoting an interview where Reed reflects on the experience of staying trapped in the closet. “I resent it,” Reed said. “It was a very big drag. From age 13 on I could have been having a ball and not even thought about this shit.” It’s a sensation that’s reflected on Furman’s recent track “Compulsive Liar,” where he sings, “The longer you stay in there, the more you’ll get distorted/The more contorted all your lies will have to be.”

“I really feel for him, and I feel the same way in some ways,” Furman says. “I’ve spent so much time in anxiety about how the world sees me, or how people close to me see me, what strangers think. Sometimes it’s just like, ‘God, this is such a waste of time!’”

Composing Transangelic Exodus in the wake of writing the book, Furman gave several tracks, particularly the dress-wearing ode “Maraschino-Red Dress $8.99 at Goodwill,” a sense of creeping paranoia, inspired by the torturous experiences Reed faced as he sought a path towards self-definition. Still, in spite of the harmful consequences of never being able to settle down, perhaps unable to ever fully understand himself in a world viciously trained against queer people, Furman still finds in Reed a kindred spirit, one constantly searching for a more authentic sense of self-definition, even if that quest produces endless anxiety and doubt.

“As I became obsessed thinking about Lou Reed, I saw him as this more free person,” he says. “But the more I learned about his life, the more I realized he was paranoid and hurt and trapped by his refusal to settle on a coherent self, or maybe an inability to do so.” 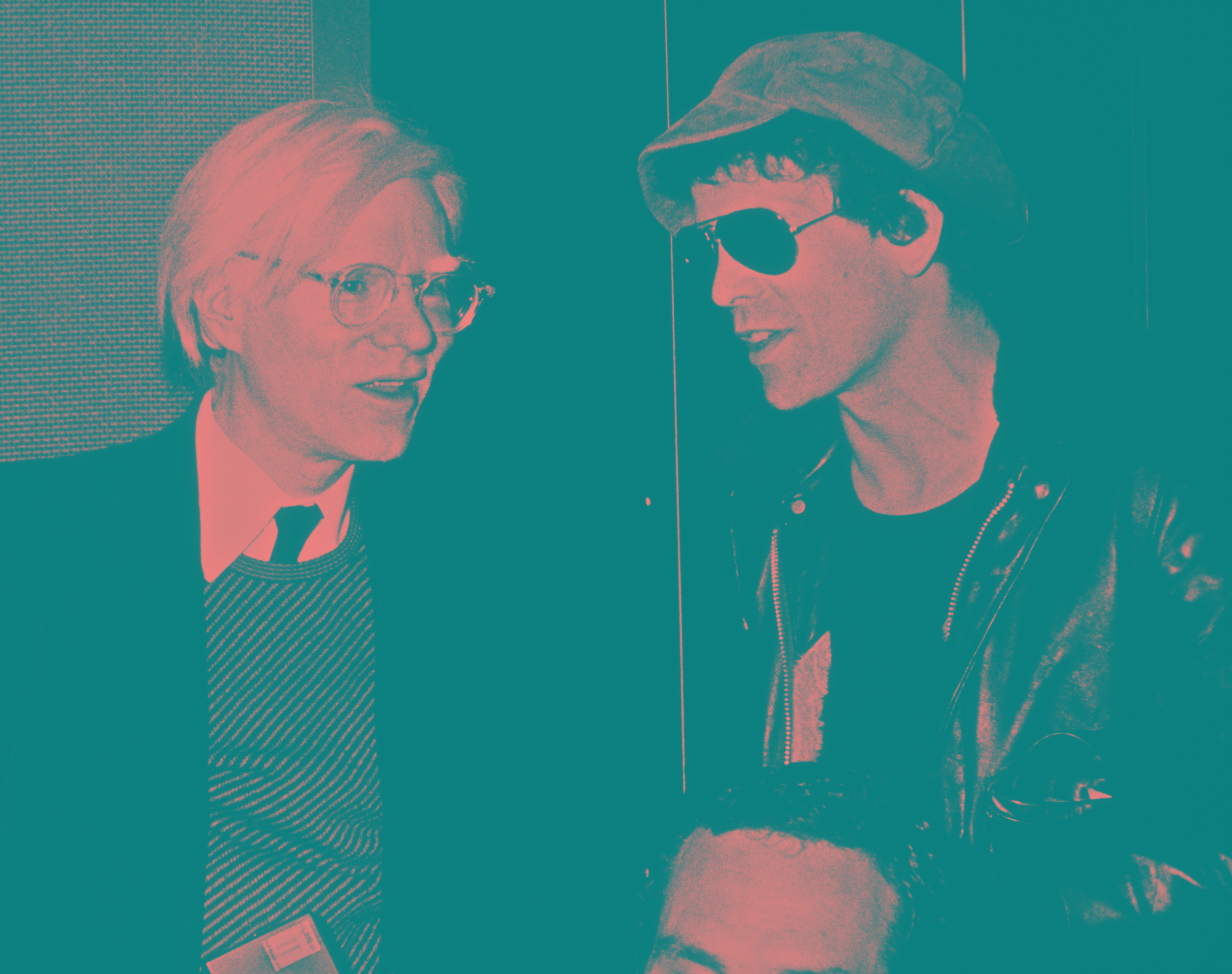 Furman’s own path away from repressing his queerness has been intimately bound to Reed’s life, crystallized in the music that appears on his new album. Furman first discovered the Velvet Undergroundas a closeted teen, offering him a sense of escape from “playing sports while bitterly lamenting my lack of athletic ability, and memorizing Eminem’s homophobic rap lyrics.”

Just a few years later, he and his band Ezra Furman and the Harpoons found themselves playing at South by Southwest, as part of a day-long tribute to Reed. After a solo rendition of one of VU’s quintessential tracks, “Heroin,” the two met briefly backstage, a defining moment where Furman’s musical career “reached its peak and entirely justified itself,” he writes. The two would only chat for a moment, the understandable sensation of being overcome by the moment pushing Furman to the edge of speechlessness. It’s a scene of brutal, helpless starstruckness, Furman undercutting himself as Reed complimented his performance while half-jokingly asking if he was doing heroin at the time. But it’s a perfect scene to close the book, a central moment in Furman’s musical and personal growth that’s only blossomed further as he’s come to see himself with greater clarity.

Furman didn’t start wearing dresses in public for several more years, still trapped in ever-present feelings of self-doubt that haunt queer people everywhere. But as he continues to grapple with Reed’s impact on his life, in print, on vinyl and on stage, it’s remarkable to see the place Furman has grown into today, becoming a person Reed would surely admire. Writing both the book and his new album last year at age 30, Reed’s age when he produced Transformer, Furman has come a long way from the repressed self that first discovered a way out half a lifetime ago, still on a wayward journey towards freedom that’s a lifetime in the making.

“The Velvet Underground opened a door in my teenage head that was an escape hatch from a suffocating self that didn’t work for me anymore,” Furman writes. “From his voice and music, I intuited a way of being human, of being real, of being free, that allowed me to survive.”