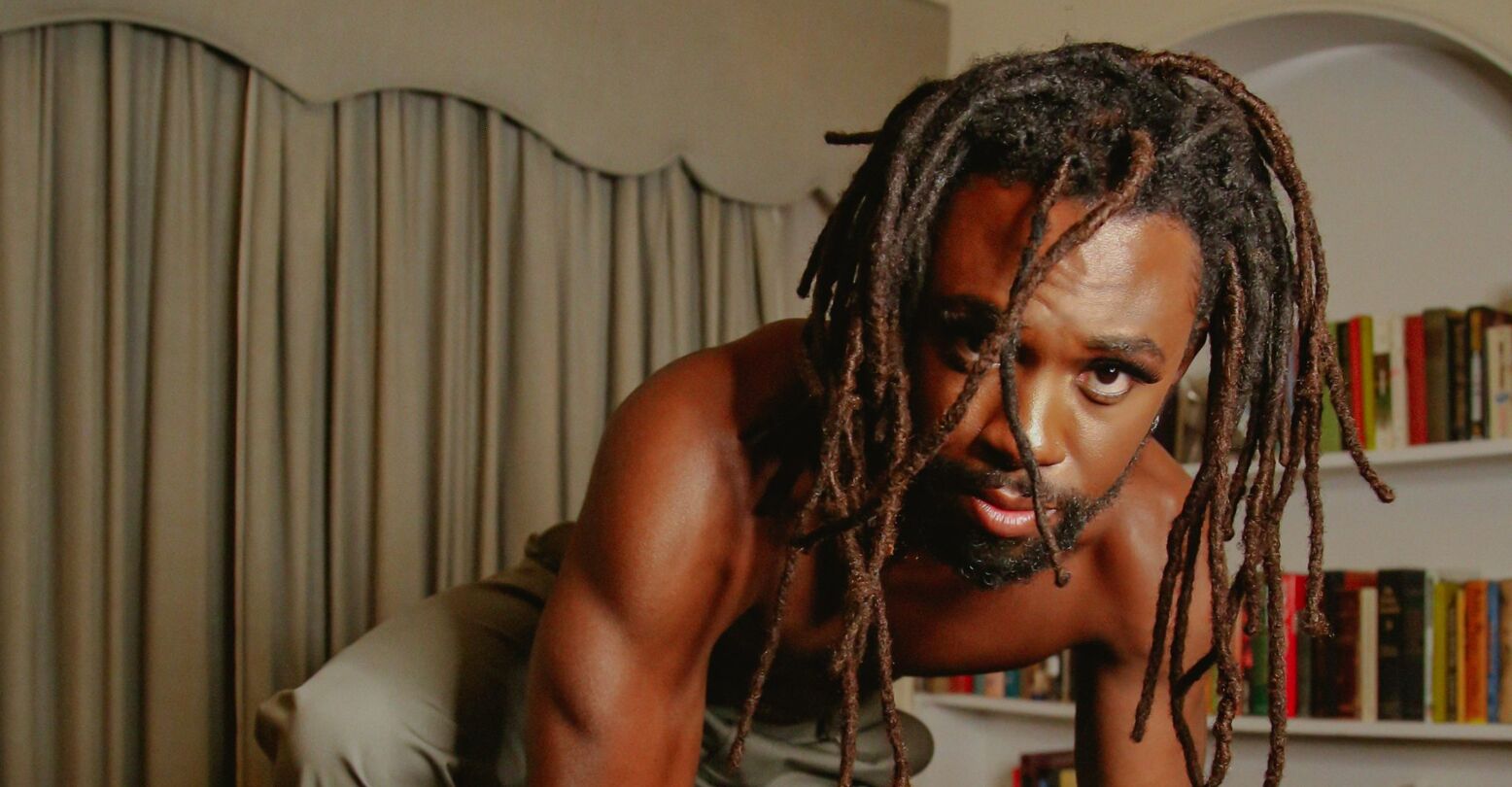 To be a Black and queer person on this earth often means you’re on a constant quest to find any place of safety. Often, the spaces that exist to meet this need—churches, shelters, police stations, and the very homes we grew up in—can be the most dangerous and unwelcoming.

On his new album ‘Sanctuary,’ Lazarus Lynch invites listeners into a joyous, uplifting, spiritual, and unapologetically Black and queer space filled enough positivity and affirming messages to fill the hearts and minds of Black, queer people who were told were undeserving.

“My life can be whatever I want it to be, whatever I create it to be,” Lynch sings on a soulful, gospel-infused track called, “My Life Can Be, Pt. 1.” On the track’s sequel, he can be heard speaking directly to listeners about it loving himself completely, particularly his Black, femme body, “even when society says I’m not worthy of love.”

These aren’t just lyrics in a song. Over the course of his career, he’s lived them out by simply living out loud and showing up as himself.

Lynch is an acclaimed chef also known as “Son of a Southern Chef.” He’s a two-time winner on Chopped, host of Snapchat’s first-ever cooking show, and this year became the first Black, queer chef to ever cook at the Met Gala.  All while rocking a beat face, gold hoops, manicured nails, Reeboks, or a six-inch leather boot.

“Food and music are quite similar to me in many ways,” Lynch tells me in a conversation over Zoom. “It was music that kept our ancestors strong and kept them going when they were singing in the fields. And they made meals out of nothing to physically keep them going and those recipes carry memories and stories and power and even melodies as well that we hold on to and draw from when we need to remind ourselves of their struggles to draw from to keep going today.

On “Footsteps,” Lynch sings, “Please Lord, hold my hand. I want to do your will. Please take me as I am,” a desire many Black queer people have who grew up going to church with family, but as we start walking in our own truth, walking with the Lord becomes difficult.

Lynch, who grew up singing in church, believes being queer and spiritual can exist in harmony.

“The cages and the dogma of religion has taught people that we are not enough and that we are unwelcome,” he says. “I am going to reclaim my journey and make it work for me and seek to explore the spirit that exists inside of me, and externally, find community that uplifts, and supports, and celebrates one another.”