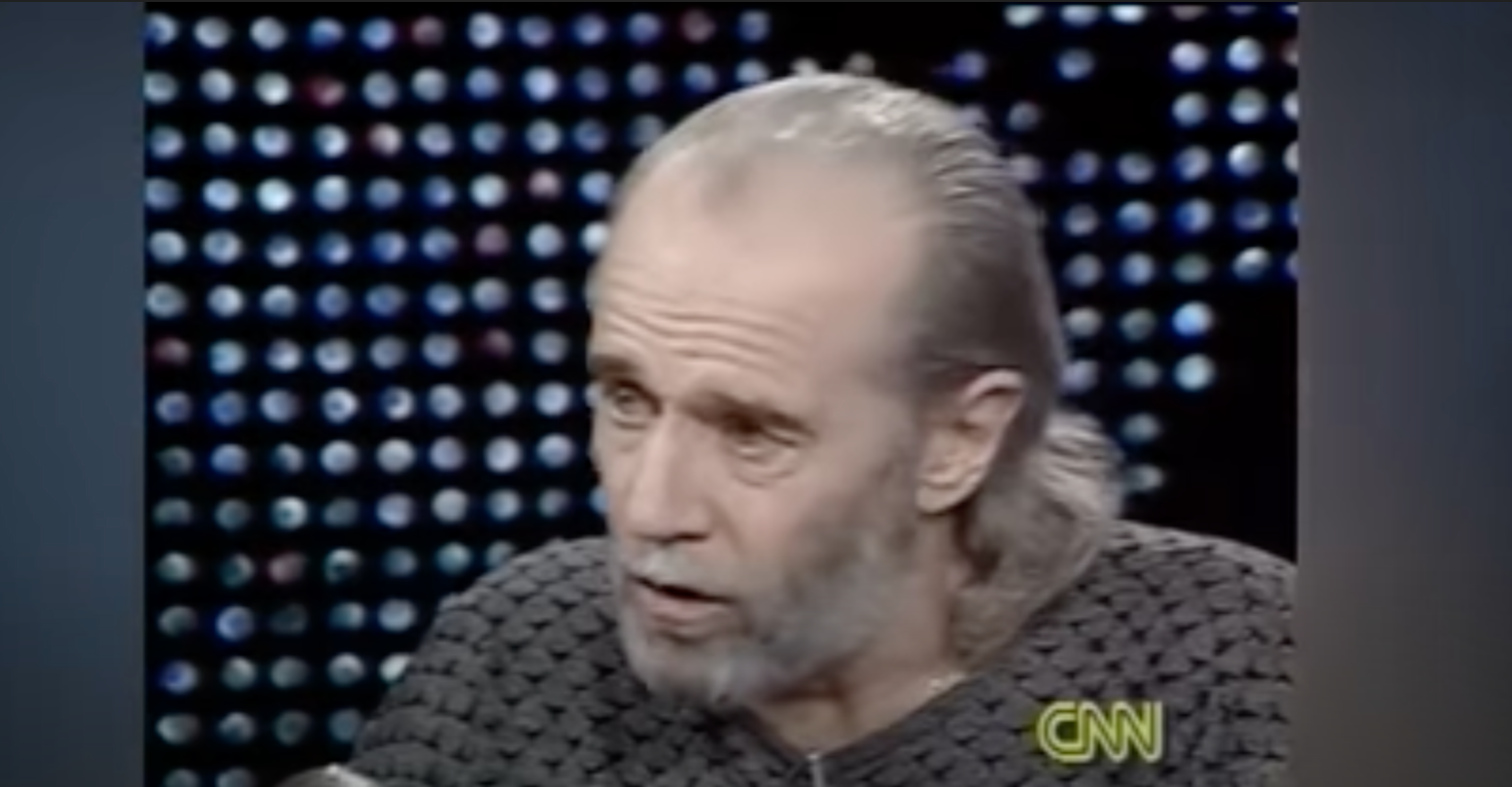 Legendary stand-up comedian George Carlin may have left us in 2008, but he still has plenty to teach us. Especially in an era when the merits of “mean” comedy are still being disputed!

After the epic shitstorm following Dave Chappelle‘s transphobic, anti-gay stand-up special “The Closer,” the culture is starting to look a bit more closely at what constitutes “fair ground” in comedy. Most comics—like Hannah Gadsby, Nish Kumar, and James Acaster—are fully in the camp of “hey, how about let’s not hurt people who are already hurting?” While Chappelle, well—he’s doubling down on his transphobic opinions while playing the victim. And sadly, he’s not the only one looking foolish: lately, Caitlyn Jenner has made her support of Chappelle public, to absolutely no one’s surprise.

Dave Chappelle characterized trans people as white folks who benefit from white privilege more than we’re disenfranchised by being trans.

His biggest supporter today is a conservative trans woman who murdered someone with her car and walked because of her fame/wealth/whiteness.

Luckily, when the present seems shitty, we have history to remind us that all things keep repeating, for better or worse (definitely WORSE.) Yesterday, a 1990 clip of George Carlin during a Larry King interview resurfaced. In it, the comedian takes then-fresh-faced young comic Andrew Dice Clay to task for “punching down.” Although you might think you know all Carlin’s talking points, what he says is surprising and historically aware. He’s saying it, too, more out of protection for Dice Clay than out of a need to censure him.

“His targets are underdogs,” Carlin says of Clay. “And comedy has traditionally targeted people who abuse their power. Women and gays and immigrants are…underdogs.” He goes on to say that he believes Clay’s “core audience” at the time were young white men who were looking for permission to laugh at and hate on marginalized groups. He also says that Clay should “be careful” because, as a Jewish comedian, his fans could so easily turn on him as a marginalized person as well.

Now comes the very interesting part: “A lot of these guys aren’t sure of their manhood,” Carlin explains. He says that they’re threatened by women, by the idea of being gay, and by the (false!) idea of immigrants coming to “steal jobs.”

“That’s the core of what’s happening at these [shows.]” Says Carlin. “A sharing of anger and rage at these targets.”

Well, these you have it. As the years go by, the targets may change, but the hatred will stay the same. That’s why it’s our job to stay vigilant, and keep holding people accountable.