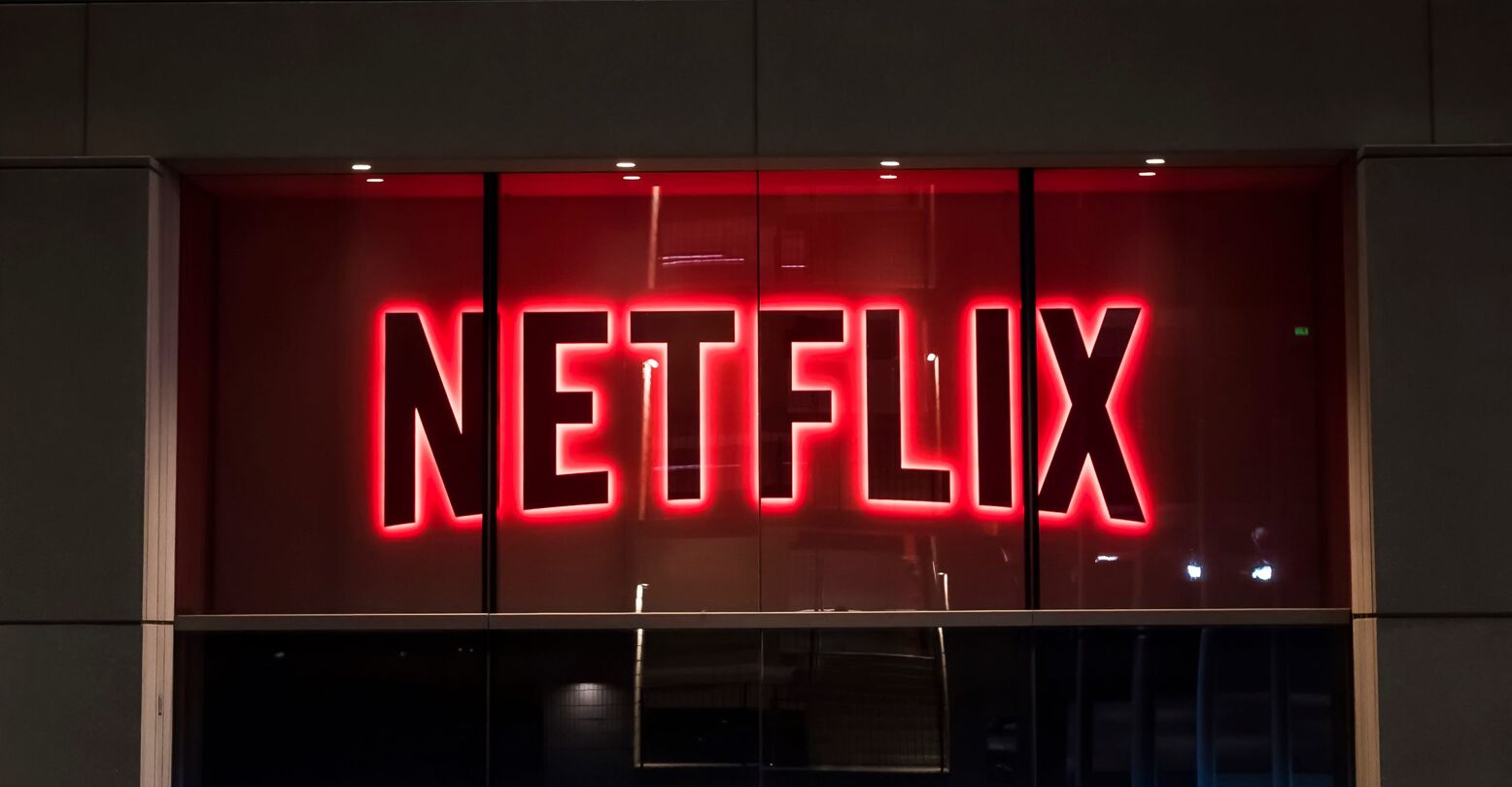 After The Closer, Dave Chappelle’s latest comedy special was released on Netflix, several people that work with or work at the streaming service spoke out about the controversial remarks Chappelle made in the show.

One of them was Terra Field, who is a trans queer woman and a software engineer at Netflix. “I work at @netflix,” she wrote in the first tweet in a thread on October 6. “Yesterday we launched another Chappelle special where he attacks the trans community, and the very validity of transness – all while trying to pit us against other marginalized groups,” she said.

“You’re going to hear a lot about ‘offense’. We are not offended,” she proclaimed. Yet, Netflix was by her statements, as she has now been suspended by the mega-streaming company.

The Verge reports that the special has ignited “significant controversy inside Netflix,” and that it has culminated in Netflix attempting to do internal damage control. But then the company suspended Field, not explicitly for her viral thread, but “allegedly for trying to attend a meeting she wasn’t invited to, according to people familiar with the matter.”

According to the Verge, one other trans employee has decided to quit over Field’s suspension. Netflix declined to comment on the record for their story. INTO has previously requested comment about Chappelle’s special from Netflix, but has yet to receive a response as of this writing.

Field is far from the only person affiliated with Netflix that has denounced their decision to further platform Chappelle. Jaclyn Moore, a trans woman who is the showrunner for the final season of the Netflix series Dear White People, tweeted she will boycott the streaming service until they stop releasing “blatantly and dangerously transphobic content.”

Since Moore tweeted that, she has been subjected to transphobic abuse for days online, had several photos of her put side-by-side with Chappelle and innocuously posted by publications for no apparent reason, her words taken out of context, and receive the brunt of hatred from incited transphobes-turned-Chappelle fans.

While being interviewed by the Hollywood Reporter, Moore had derogatory slurs yelled at her from complete strangers on the street. “I’m literally getting yelled at now,” she said, “Where was I?”

She told the publication, “[Chappelle] says, ‘Please stop punching down.’ I don’t know in what world trans women control the universe because from where I’m sitting, Dave Chappelle has all the specials, all the money, all the things. I just want my friends to not get killed.”

Moore takes issue with Netflix because “I worked for Netflix for four years, and I told my coming-out story for their Pride [content] this year. In doing that, I said, ‘This is a place that cares about us and our community.’ Now, watching [The Closer], it’s really hard for me not to feel like I can no longer confidently say that.”

While the company hasn’t had the courage to defend the special publicly, co-CEO Ted Sarandos answered an internal Q&A by email on October 8, stating, “Several of you have also asked where we draw the line on hate. We don’t allow titles on Netflix that are designed to incite hate or violence, and we don’t believe The Closer crosses that line.” (You can read all of Chappelle’s anti-trans remarks, including one where he literally labeled himself “Team TERF,” here.)

Sarandos bravely states in the internal message, “It never feels good when people are hurting, especially our colleagues… You should also be aware that some talent may join third parties in asking us to remove the show in the coming days, which we are not going to do.”

He then shielded him and the company from any responsibility for the transphobia promoted by Chappelle by pointing out they offer trans-affirming content such as the original show Sex Education and the award-winning documentary Disclosure, which they have licensed from the producers.

Another employee at the company dismissed Sarandos’ cop-out, telling the Verge, “You can’t do a carbon offset for bigotry.”

GLAAD, the National Black Justice Coalition, and other LGBTQ orgs have condemned Netflix, but the streaming service has remained mum on the controversy.

You can see Field’s full thread below.

I work at @netflix. Yesterday we launched another Chappelle special where he attacks the trans community, and the very validity of transness – all while trying to pit us against other marginalized groups. You're going to hear a lot of talk about "offense".

We are not offended 🧵

The problem is that people are responding to something we never said. We aren't complaining about "being offended" and we don't have "thin skin". You try going to a pharmacy and having them call you "sir" in front of everyone while you pick up your estradiol. "Thin skin" 🙄

So who does this harm? Why don't we go over the list of some people from the US who aren't offended by Dave Chappelle's special.

Samuel Edmund Damián Valentín, a trans man, was killed on January 9th in Puerto Rico. He wrote on January 1st about the new year to come and finding justice in it.

Samuel is not offended.

Dominique Jackson, a Black trans woman, was shot to death in Jackson, Miss. on January 25th. She was remembered fondly by friends.

Dominique is not offended.

Alexus Braxton, a 45-year-old Black trans woman, was killed on February 4th in Miami. Friends and advocates said her name as they released balloons to remember her life.

Alexus is not offended.

Siblings Jeffrey “JJ” Bright, a 16-year-old trans boy, and Jasmine Cannady, a 22-year-old non-binary person, both from Ambridge, Pennsylvania, were killed on February 22. Jasmine loved to dance and "they cared deeply for their friends"

Diamond Kyree Sanders, a 23-year-old Black transgender woman, was shot to death in Cincinnati on March 3rd. "Diamond was a traveler, known to be in New York City one week and New Orleans the following week"

Diamond is not offended.

Jaida Peterson, a 29-year-old Black trans woman, was killed on April 4 in Charlotte, NC. A vigil was held on April 9th to remember her.

Jaida is not offended.

Remy Fennell, a Black transgender woman in her 20s, was shot to death on April 15 in Charlotte, NC. N.C. Remy's aunt said, “She was a vibrant young transgender woman who was just trying to make it & was doing it."

Remy is not offended.

Natalia Smut, a 24-year-old Black and Puerto Rican transgender woman, was killed on April 23 in Milpitas, California. Friends and community members organized a vigil for Natalia, with more than 100 people attending.

Natalia is not offended.

Tiffany Thomas, a 38-year-old Black transgender woman, was killed on April 24 in Dallas, Texas. Tiffany is being remembered as someone who had a “big heart, who was “funny” and “stayed laughing."

Tiffany is not offended.

Jahaira DeAlto, a 42-year-old transgender woman, was killed on May 2 in Boston, Mass. She was a well-known and beloved transgender advocate, advocate for survivors of domestic and sexual violence, and member of the ballroom community.

Jahaira is not offended.

Sophie Vásquez, a 36-year-old Latina transgender woman, was shot and killed in Georgia on May 4. She is remembered as “the kindest person on the planet” and as someone who was “truly beautiful inside and out."

Sophie is not offended.

Serenity Hollis, a 24-year-old Black transgender woman, was shot and killed in Albany, Georgia, on May 8. Her mother asked for justice for her.

Serenity is not offended.

EJ Boykin, who also went by Novaa Watson, was killed in Lynchburg, Virginia on June 14. He had just recently celebrated his 23rd birthday on June 10 and was studying at Morgan State University. It appears EJ was also the parent of a young child.

EJ is not offended.

Taya Ashton, a 20-year-old Black trans woman, was killed in Suitland, Prince George’s County, Maryland on July 17. According to social media, friends and family held a vigil and balloon release to remember Taya.

Taya is not offended.

Tierramarie Lewis, a 36-year-old Black transgender woman, was killed in Cleveland, Ohio on June 12. Due to misgendering and misnaming from local officials and a lack of media coverage, her death was not reported until recently.

Pooh Johnson, a 25- year-old Black trans woman, was killed in Shreveport, Louisiana on August 23, 2021. Johnson was an accomplished makeup artist under the name Titanizer.

Pooh is not offended.

Briana Hamilton was a 25-year-old Black transgender woman who was fatally shot in Chicago, Illinois. On social media, her mother described her as an “amazing person who touched so many people hearts with her presence and her memory will forever live on.”

Briana is not offended.

38 members of our community who are dead because our society devalues trans people and trans experiences. 38 people who just wanted to be themselves. 38 people who in many cases struggled with not having the means to transition the way they wanted to, but did it anyway.

That these 38 people died for the crime of being themselves? That actually *does* offend me.