While all my friends were at junior prom, I was in bed with my crush watching Bernardo Bertolucci’s 2003 film The Dreamers. I’d seen it before, several times, and yet at the first shot of a busy Parisian street, I knew we’d made the right decision.

Bursting with hormones, we watched the characters — a brother, a sister, their shared lover — fall in love, have sex, watch movies, re-create movies, go to protests, avoid protests, and fulfill just about every adolescent fantasy of two artsy teenagers who would someday be queer, someday be trans, and had no interest in going to prom.

Earlier this week, Bertolucci passed away at the age of 77. The first wave of tributes was met with a backlash of tweets and articles reckoning with his behavior. He won Oscars, but he also defended Kevin Spacey. He has films in the Criterion Collection, but he also ruined actress Maria Schneider’s life. 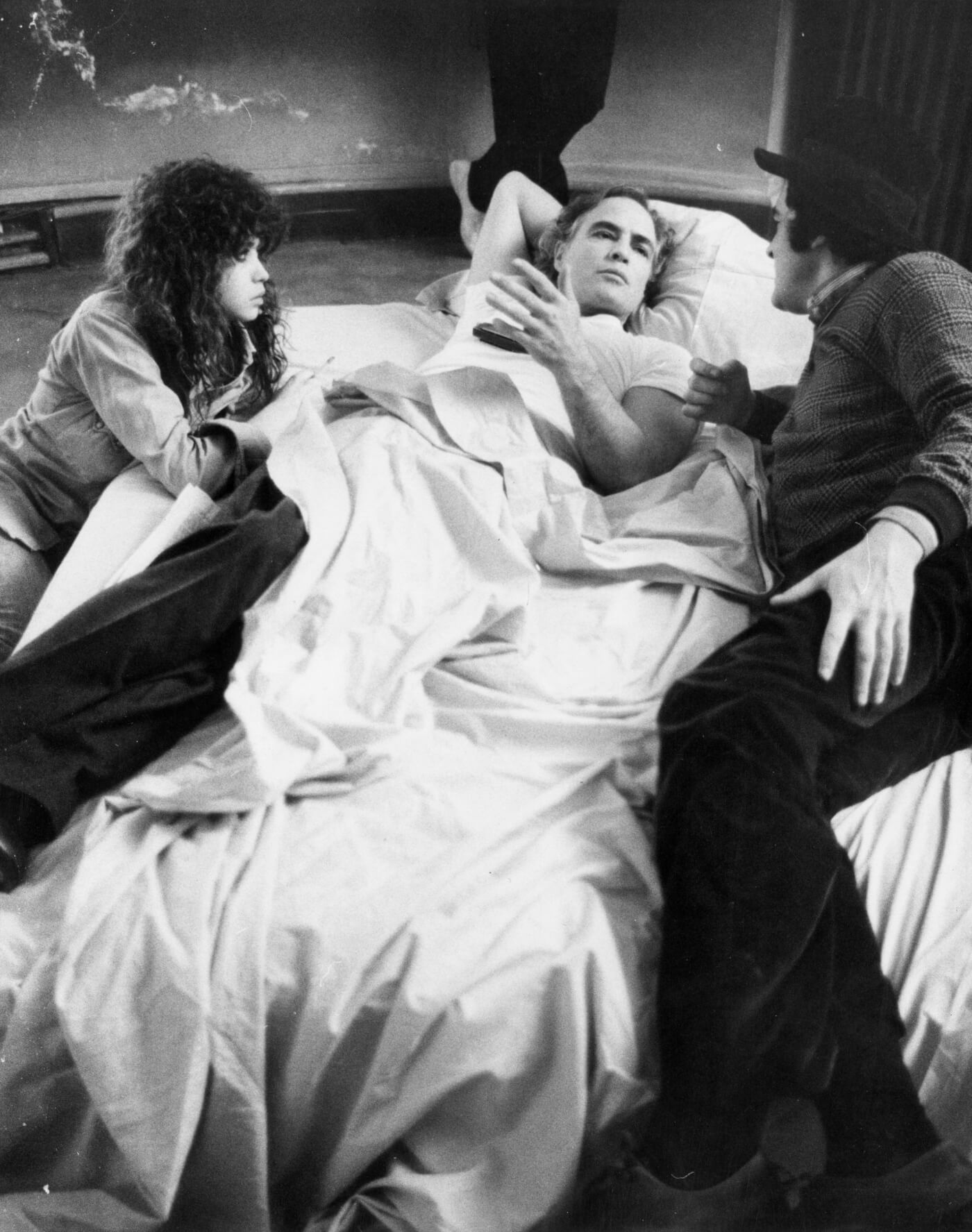 The latter transgression, the abuse of then 19-year-old Schneider on the set of Last Tango in Paris, only made it to people’s consciousness two years ago when an interview with Bertolucci resurfaced. He admitted to treating Schneider horribly on set, saying he “wanted her reaction as a girl, not as an actress.”

Schneider had always been very clear about how she was treated and the effect it had on her life. During a detailed 2007 interview, Schneider reflected on the experience, saying, “The whole scandal and aftermath of the film turned me a little crazy and I had a breakdown.” But the film community didn’t seem to care when she said it. She died in 2011.

Once this story began trending on Twitter, the facts vanished. Due to a poorly worded tweet from Jessica Chastain, the already horrific truth was twisted to imply an actual unsimulated rape took place on screen. People — celebrities and otherwise — reacted in outrage. But lost in the sensationalism was a true story much more indicative of the daily abuse seen in the film industry.

The scene in question was going to be complicated to film under any circumstances. Marlon Brando was significantly older and more famous than Schneider. Their characters had already shared multiple consensual sex scenes. And it escalates from consensual to non-consensual very quickly. To execute this scene safely would require discussion, blocking, and the full involvement of both actors. Instead, Bertolucci and Brando didn’t even tell Schneider their now famous idea to use butter as lubricant. When she found out, she was angry, but as a young actress unaware of her rights she didn’t realize she could refuse. Later, she recalled feeling “humiliated” and “a little raped.”

This scene is brutal even without that knowledge, and it’s unwatchable now. It’s also the movie’s most famous moment and therefore Bertolucci’s. When Schneider passed away, you could find the scene on lists of best sex scenes ever, worst sex scenes ever, and most controversial sex scenes ever. Only recently has the word “sex” been rightfully replaced with rape. 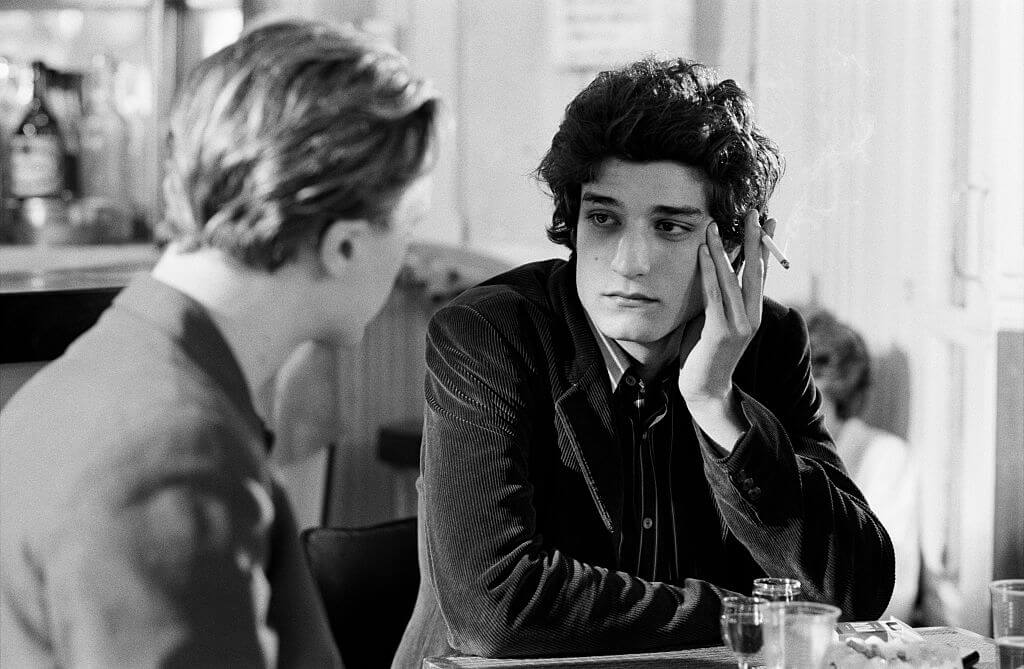 The Dreamers is about an American, played by Michael Pitt, who meets a French brother and sister so hot they make incest seem acceptable. Eva Green and Louis Garrel are so perfectly attractive with their facial symmetry, wavy hair, and softly chiseled bodies it’s a testament to their talent how human they feel. As they invite the American into their home, they invite us all. To look, to taste, to touch, to be. The film is technically about the ’68 student riots and French New Wave cinema, but it’s really about Green and Garrel and sex.

The film is officially heterosexual. There was a sex scene between Pitt and Garrel in the original script but Bertolucci cut it because it was “too much.” He could not, however, cut the sexual tension between these two. All three actors ooze sex and the film consummates enough of it. They take baths together, they walk around naked, they smell each other’s rancid wine breath, and they argue about cinema with an intensity of eye contact that can only be compared to fucking. And when Pitt and Green’s characters do actually fuck, she bleeds. We see the blood on his hands and on their bodies. And later, his head resting in her lap, we see her pubic hair curled around his lips.

Bertolucci’s most well-regarded film, 1970’s The Conformist, also hints at homosexuality with a repressed male lead and a suggestive dance between two women played by Stefani Sandrelli and Dominique Sanda. This moment isn’t even about the women. It’s about further emasculating the male protagonist and arousing a male audience member. And yet it’s easily the most explicit inclusion of queer women you’ll find on any male-approved canon of great 20th-century arthouse film. On the aggregator site They Shoot Pictures, Don’t They?, The Conformist still ranks at #84. After a decade of film culture supposedly reckoning with inclusion, it’s joined only by David Lynch’s Mulholland Drive and queer filmmaker Chantal Akerman’s Jeanne Dielman (her most pointedly heterosexual film). Bertolucci’s work also has the messiest sex, the widest variety of sex, and the greatest celebration of sexual taboos in any canon-approved director’s work.

While Bertolucci’s films undoubtedly provided fantasy fodder for straight teens and old pervs, the unity of experience around The Dreamers feels explicitly queer. Maybe it’s as simple as the sexuality between the two men or the polyamory or the outsider status the characters take on, but as a lesbian who was mostly in it for Eva Green’s manic pixie jeune femme, the bluntness of the sex, the nudity, the fluids, were just as important.

When you’re 14 and know your body is not right and your sexuality is not as society says it should be, an alternative is exciting no matter the lens through which it’s provided. There is a moment in Last Tango, before the butter scene, where Brando’s character asks to have a finger in his ass. This consensual moment shows Bertolucci at his best: playing with gender dynamics and bluntly showing underrepresented aspects of sex. He was not a queer filmmaker, consistently dismissing homosexuality throughout his life, but these qualities in his work were deeply important to me as a queer cinephile who had few known alternatives.

Bernardo Bertolucci was your cool uncle who told you about sex when nobody else would. He’s the one who made jokes that you didn’t understand but knew you shouldn’t be hearing. He talked to you like an equal and that made you feel grown up. But you were a kid and he was an adult, and he should have known better.

Bertolucci’s death should also be the death of those like him. There are too many great queer filmmakers for a generation of teens to be learning about lesbian sex from Blue is the Warmest Color. But it’s easy to see how that might happen. Again we have an abusive male director (in this case Abdellatif Kechiche) abusing his lead actresses in pursuit of authenticity. Again the film community awarded this work more than any made by a queer woman about queer women.

It’s not enough for queer filmmakers to exist. They need to be celebrated, shown on cable, and featured on streaming sites. As a teenage cinephile in the 2000s, nobody was saying I had to watch The Watermelon Woman — they were waxing poetically about Bertolucci. Imagine that difference in sex education.