David Hockney’s 1972 painting Portrait of an Artist (Pool with Two Figures) sold for a totally insane $90.3 million at a Christie’s auction in New York Thursday night. According to Art News, the buyer participated in the auction via telephone, with the skyrocketing sale taking just 9 minutes in total. Hockney, a British artist who has long called Los Angeles home, is 81 years old. 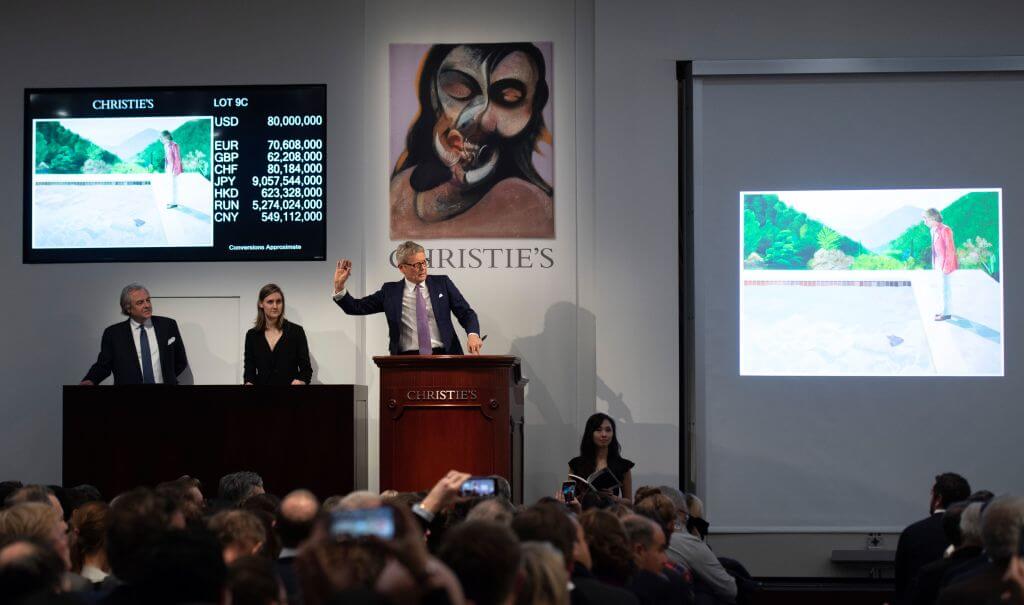 The painting is considered a classic example of gay representation in art, as it features Hockney’s then-boyfriend Peter Schlesinger — an artist who met the Hockney while still a student and subsequently became a muse featured in several of Hockney’s works.

The pair’s relationship was so high-profile in the art world, a quasi-documentary film focused almost entirely on the Hockney and Schlesinger’s breakup — using the pool painting as a central theme. The 1974 film A Bigger Splash, which BBC said “seems to anticipate elements of reality TV by three decades,” originally upset Hockney so much with its revealing intimacy that he tried to offer filmmaker Jack Hazan 20,000 pounds (just over $131,000 today) to destroy the film.

In Portrait of an Artist (Pool with Two Figures), Schlesinger is poised at the edge of a swimming pool, gazing down at a man swimming towards him, nearly naked but for a pair of white underwear. The painting is a realist depiction of a photograph Hockney took of Schlesinger in 1972 while the pair were visiting a friend’s house in St. Tropez, France. 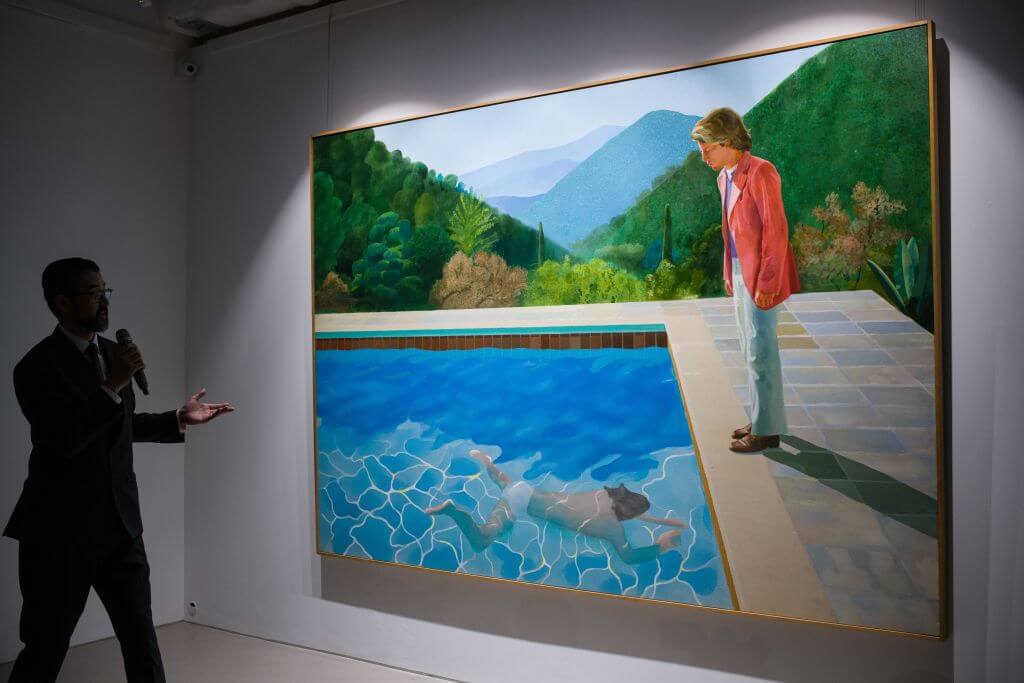 But despite the storied history behind the painting, Hockney himself will not see any proceeds from the over $90 million sale of his intimate artwork. In 1972, Hockney told CNN, his New York dealer sold Portrait of an Artist (Pool with Two Figures) for $15,000.

“I thought it was a lot of money at the time, but within six months, it was sold again for $50,000,” Hockney told CNN, explaining that he felt ripped off and bitter about the original sale.

Imagine how the artist feels today, watching as his intimate painting of a former lover nets an ultra-rich investor nearly a hundred million bucks.

Christie’s has not released the name of the painting’s buyer. But a representative for the auction house confirmed to CNN that “the artist will not be financially benefiting” from the massive sale.