“It’s automatic,” sang 15-year-old Hikaru Utada in her debut single, spontaneously kicking off an unforeseen chain of events that signified the power of representation.

True to its namesake, “Automatic,” with infectious melody breezily cruising on a light R&B beat, was a perfect pop confection. As the sole focus of a video that’s delightfully of its time, tomboyish Utada busted out some cute, awkward dance moves in front of a yellow armchair. The unlikely combination of sounds and visuals, booming with individualism uncommon in the then idol-crazed Japanese music scene, not only succinctly launched Utada’s career to stratospheric stardom but also inspired young girls to embrace their identities despite a society that demands them to be feminine and acquiescent.

One of them was Rina Sawayama — then a Japanese-born British misfit in her early adolescence, now a pop star.

Such is the all-too-familiar story of the struggle first- and second-generation Asian immigrants face when they look for representation in the mass media of their Western homelands. Many resort to neon-color-haired anime characters whose races are ambiguous, while others, like Sawayama, see themselves represented in the works of artists hailing from the countries where — Asian immigrants are inquired, often in a derogatory tone — they’re “really” from.

The dilemma lies in the fact that these works, more often than not, are created for domestic audiences rather than for those living in the West, leaving the latter feeling like perpetual outsiders. Such is an example of the conflicts that Asian immigrants endure constantly, and for those in the queer-Asian intersectionality, life in the hyper-heteronormative Asian culture can be especially difficult to navigate. Having lived through various violent push-pull dynamics, Sawayama comes to terms with her identity in “Cherry,” a maelstrom of anxieties packed into a three-minute-long radio-ready pop song.

While it’s hard to tell from the upbeat sonic palette, “Cherry” is in fact punctuated by a great deal of self-doubt. There are lyrical allusions — such as “When they tell you that you’ve got to stay the same / Even though you’re not yourself / And you’ve got somebody else” — to Sawayama’s struggles with her racial and sexual identity, informed by her experience growing up with conservative parents and as an Asian student in the predominantly white student body at Cambridge University.

At the beginning of the song, a phone conversation, one of the most prevalent tropes used in contemporary music to imply intimacy, is curiously cut short before Sawayama can say the name of the person she wants to speak to. Before long, in the same fashion as her queer female peers, she nonchalantly reveals her love interest’s identity, singing, “Down the subway / You looked my way / With your girl gaze / With your girl gaze.”

That she publicly came out as a pansexual when the single dropped was not a surprise, but the confirmation provided closure to both herself and her queer fans. Sawayama said in the coming-out interview with Vice, “I just need to get myself out there and not worry. Because a lot of these people must be going through these feelings.” 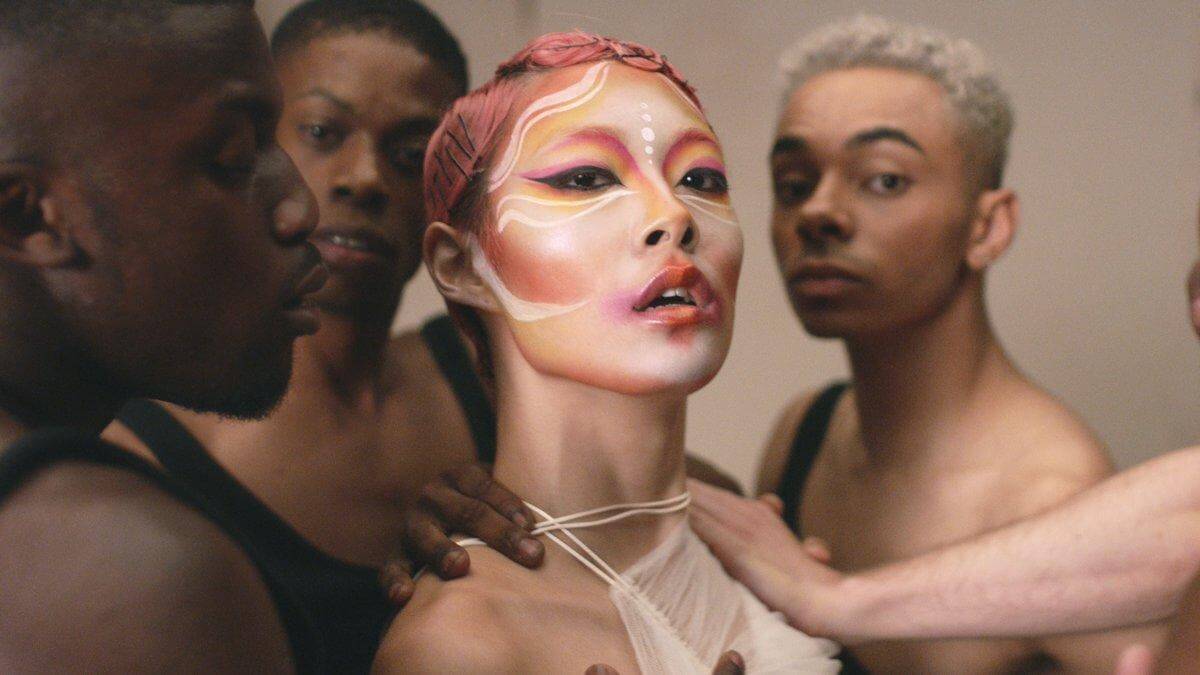 Sawayama’s determination to be true to herself, despite all the hardships, is most evident in the song’s musical elements. Here, those who are remotely familiar with J-pop music would instantly recognize the disco-tinged R&B beat that some of Japan’s biggest female artists such as Utada and Namie Amuro helped popularize in the late ‘90s. The sonic homage Sawayama pays to her Japanese heritage doesn’t stop there: Sawayama delivers the majority of the verses in such a distinct staccato cadence that it’s not hard to imagine them being sung in Japanese language where all syllables are pronounced with even length. The contrast between the sharp rhythm of the pre-chorus and the fluidity that the chorus introduces makes for a euphoric release of tension. This is “Cherry” at its most exhilarating, the celebratory moment of the liberation from all the turmoils, conveyed to maximum effect both lyrically and musically.

Hidden in plain sight is the fact that the song title reads as a combination of two cultures in which Sawayama grew up. For people in the West, the first thing that comes to mind when “Cherry” is mentioned is a fruit, which is widely used in pop music or other art forms to carry strong sexual connotations, oftentimes hinting at sexualized parts of the female body. On the other side of the world, the cherry blossom or sakura is a flower that has a delicate emotional connection to Japanese people. Its sheer beauty is so ethereal that it represents the most vivacious season of the year, yet so fleeting it solemnly reminds people of the passage of time, inspiring some of the nation’s most poignant art.

Sawayama’s “Cherry” turns the male gaze of the word’s Western definition on its head by presenting it in the context of female-female infatuation, while — besides the fact that Sawayama used sakura emojis in all of the single’s marketing collateral — likening the quest for her identity to different blooming stages of cherry blossom. In the extremely aesthetically pleasing music video, donning a close-cut hairstyle that resembles flower petals, Sawayama triumphantly vogues and sashays alongside black and brown dancers while little by little, transforming herself in the most colorful, spectacular fashion. The peak bloom, as the final chorus soars, reveals Sawayama’s face adorned in pink, white, and gold. 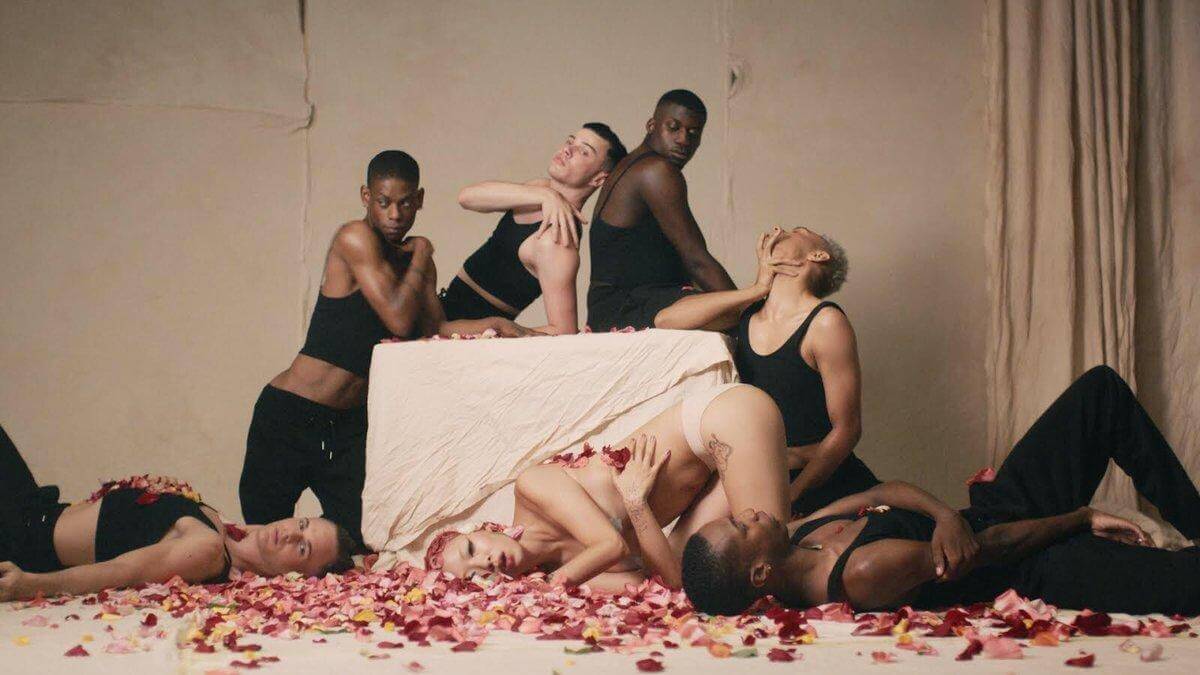 With “Cherry,” Sawayama’s journey to embrace her identity comes full circle. “Cherry” is to many queer Asians what “Automatic” was to the young Sawayama. Its nuanced message and unabashed image of pop stardom give those struggling at grasping for their own identities an affirmation that it will be all right. It’s in the jet black hair and facial features you inherit from your mother and father. It’s in the attraction to the people that they don’t approve of. Your identity is valid. Let it blossom.