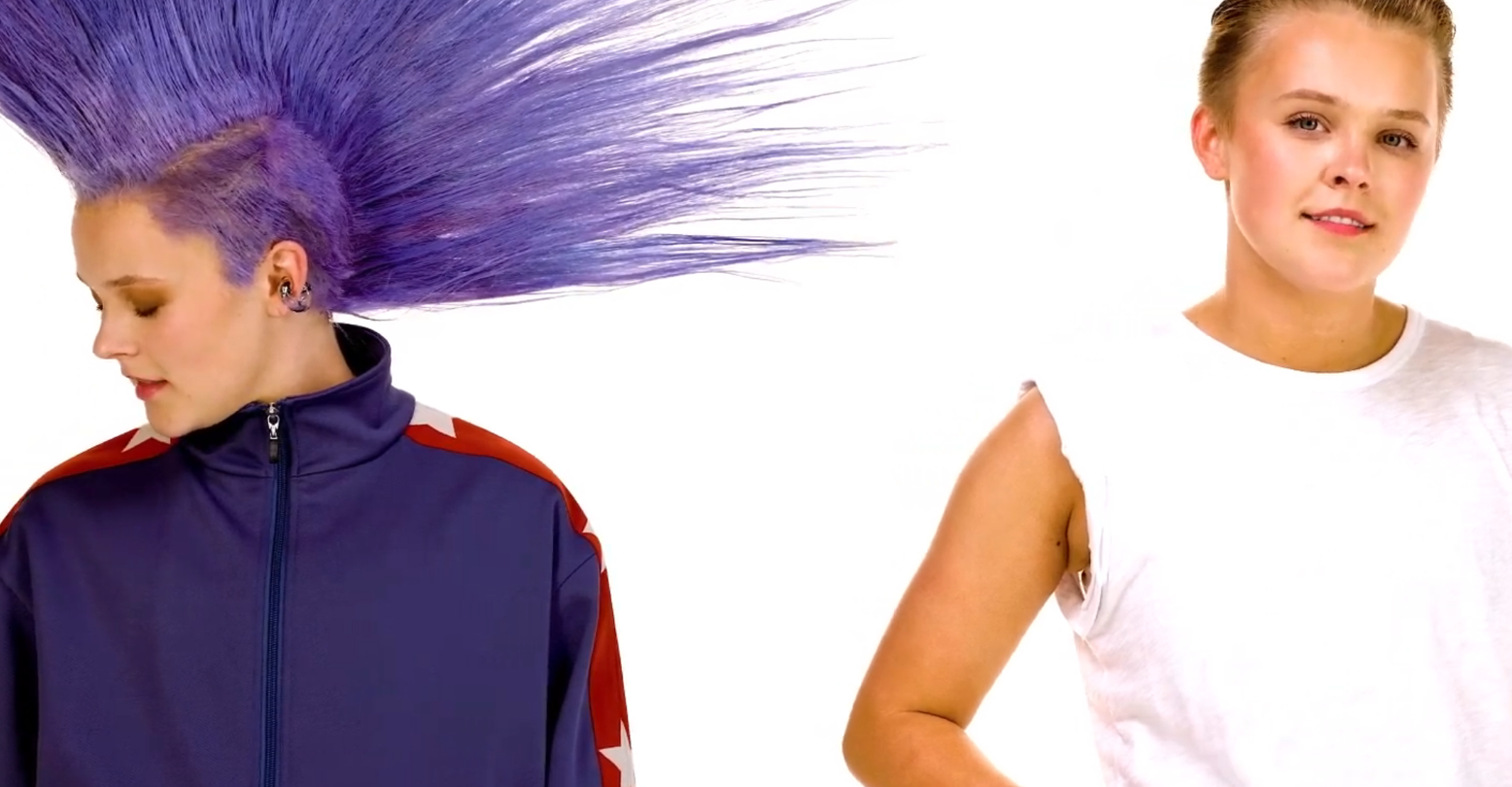 Remember back in 2010 when Lady Gaga debuted her male alter ego Jo Calderone? Well THAT Bruce Springsteen/Little Steven hybrid has nothing on JoJo Siwa’s new look.

In Paper Magazine—and quite crucially, in collaboration with Google Shopping—Siwa debuts a gigantic blue mohawk, a dressed-down classic 90s butch look, and heart-eye contacts in a stunning photo spread. Honestly, she looks awesome. I don’t care if it IS spon-con!

Don’t worry: there’s also a personal essay to go along with these baba-LEWKS. “My deep love affair with fake nails began with an Instagram post featuring a set of mile-long acrylics,” writes Sandra Song, Paper’s contributing editor. “They were black with pops of silver foil, and I vividly remember thinking about how glamorous I’d look with an absolutely beautiful pair of my own. Without further hesitation, I Googled “long press-on nails,” clicked on the first result and paid for the expedited shipping from Australia. Now I’m known as the “girl with the nails,” and it’s all because of an impulse decision to try something new.” Song also waxes poetic about the resurgence of “androgynous beauty looks.” “Think classic male Americana icons from the 1950s, whose influence can still be spotted in looks sported by contemporary pop stars. It seems that there’s always a new way to interpret this tough, suave masculinity that never goes out of style.” Cue the Taylor Swift song, because JoJo is serving Harry Styles by way of James Dean in these photos. And it’s awesome.