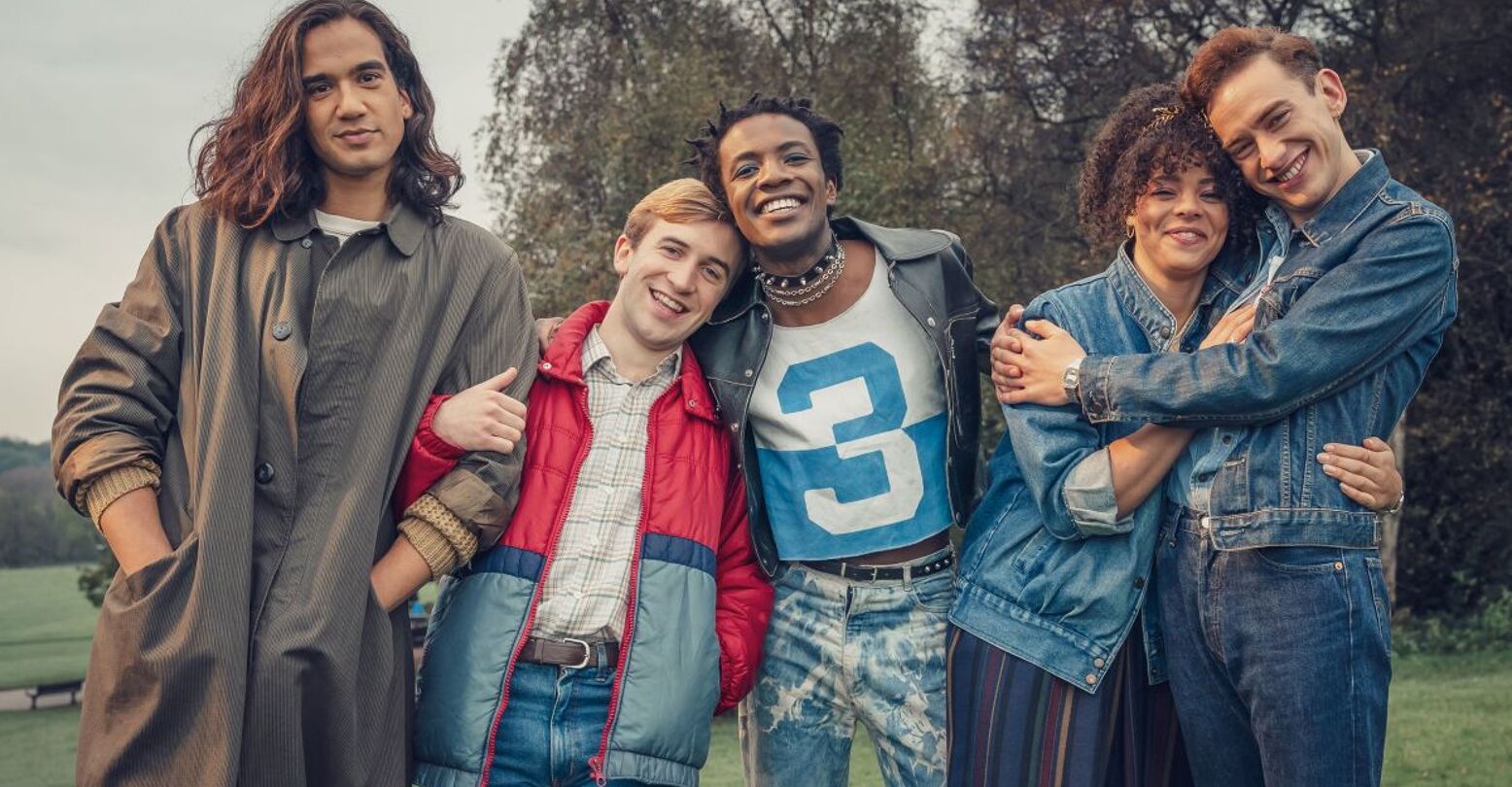 If you fell in love with It’s a Sin and the wonderful residents of the Pink Palace earlier this year, first off, get in line. We’re all obsessed. But if you’re on that next-level fan obsession, you probably don’t have to be told what “La!” means.

On the show, it becomes a running joke when Olly Alexander’s Ritchie Tozier appears in drag and promises the gang a song. The “song” that follows is a simple “La!” which of course delights the crowd. It’s also something of an inside joke, Alexander famously being the front man of the UK band Years and Years, thus capable of much more complicated vocal stylings than that. But the simple “La!” grows, as the series continues, into one of those inside jokes that stays with you and your friend group, taking on different, richer meaning as time wears on. For the short-lived community of the Pink Palace, “la!” becomes a way of checking in, a way of asking “are you okay?” without having to actually ask. It’s also a greeting, an acknowledgment, and a heartbreaking reminder to the audience that most of these characters are just not going to make it out of the early years of AIDS crisis okay, unscathed, or even alive.

Keeping this in mind, indie UK brand Phillip Normal paid tribute to the show by creating a “La!” t-shirt earlier this year. But he didn’t stop there: partnering with the UK-based HIV and sexual health charity the Terrence Higgins Trust. As of today, total sales of the “La!” shirt have raised a whopping $500,000 pounds for the cause.

This isn’t just an amazing story about how a show created a shirt that created a new awareness of education about and aid for folks living with HIV. It’s a reminder that the best art isn’t content to remain in the world of fiction or fantasy. Russell T Davies’ It’s a Sin busted streaming records, raised awareness, and genuinely seems to have changed minds about a crisis that’s very much still ongoing.

And if you’re wondering, yes DUH the shirt is still available. But be warned: there is a backlog. As per the website, £17 from the £25 shirt goes toward the Terrence Higgins trust, which is a pretty hefty chunk of the entire sale. Not to mention the shirt is, just kind of perfect. It’s one of those items of clothing that can instantly signal to other queer folks that you know what the fuck is up.

It’s a Sin hasn’t stopped changing the world yet, and I’m pretty sure it’s going to keep on changing it as long as we keep talking about it.