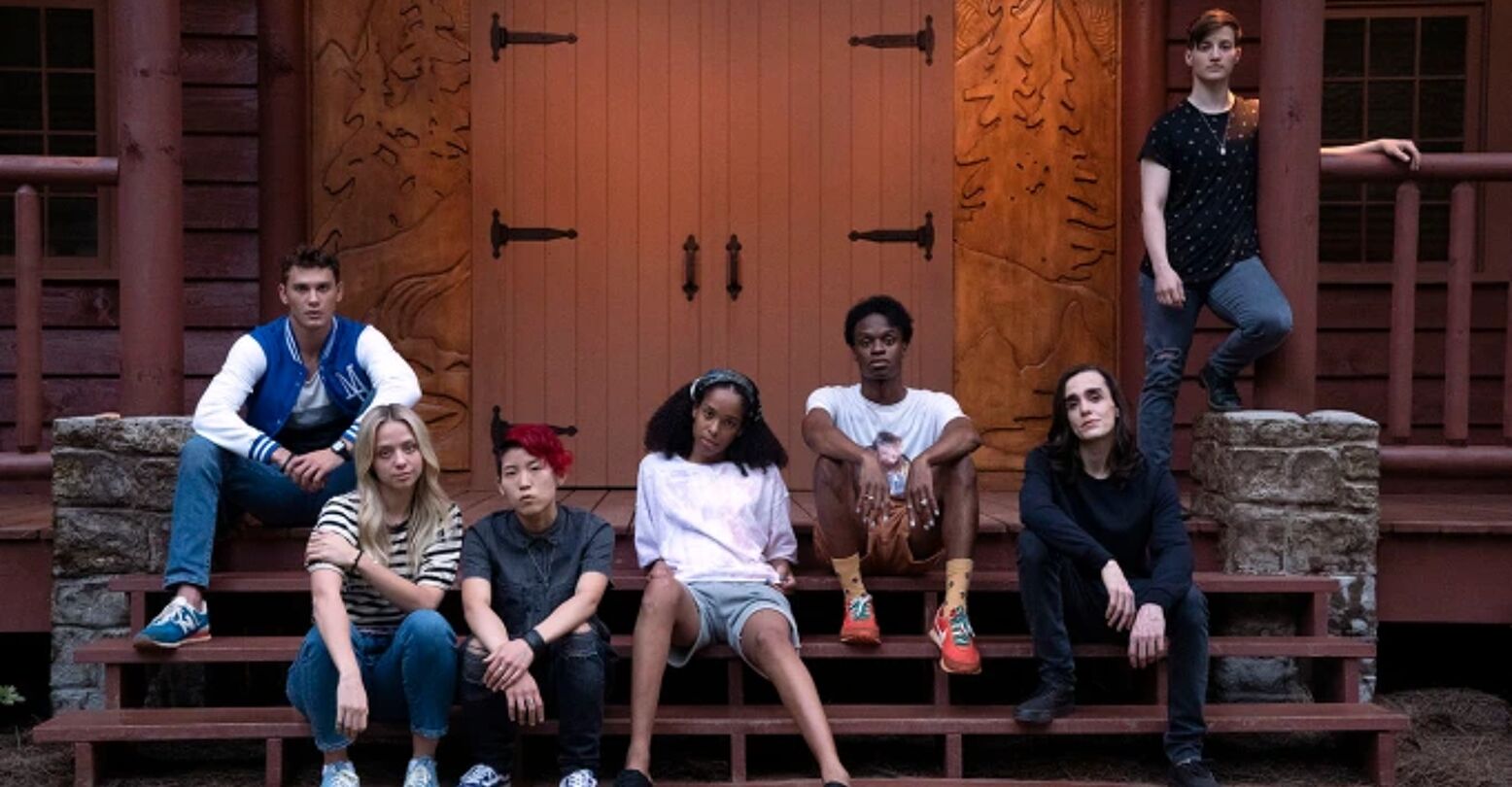 Peacock’s new queer thriller They/Them (pronounced they-slash-them) is quickly approaching and to add more anticipation to the mix, the first teaser trailer was released and let’s just say, they’re really leaning into the “slash” of They/Them.

This new thriller tells the story of queer and trans youth sent to a conversion therapy camp, where they then contend with a killer who’s ready to take out each camper. Honestly, it’s a nightmarish situation.

The teaser starts off with a wide shot of the campers, while camp director Owen Whistler (Kevin Bacon) says “This is a safe space”. That was clearly a lie. As the teaser continues, the next frame shows the entryway to Whistler Camp, the presumed name of the conversion therapy camp, before the image is slashed in half.

The slash remains and subsequent images are spliced together, showing queer joy from the campers, disturbing images of camp counselors, and eventually showing the mysterious killer who will be terrorizing the camp grounds. If being sent to conversion therapy wasn’t already a nightmare, you have a killer slashing bodies and taking names.

The directorial debut of gay playwright and screenwriter John Logan features Theo Germaine, Quei Tann, Anna Lore, Monique Kim, Austin Crute, Cooper Koch, and Darwin del Fabro as campers. While Carrie Preston and Anna Chlumsky join Bacon as camp staff, who all of them can only be referred to as another big bad in the film. I mean, you’re literally running a conversion therapy camp and don’t expect to be named a villain?

Anyway, the reactions keep coming in for this LGBTQ horror film and its clever title.

WAIT THE TITLE IS SO GOOD

Fucking amazing title! I’m not gonna get over it, it’s so creative! https://t.co/VaNsJtffsk

All I ask is for the non white queers make it to the end. 🙏🏾 https://t.co/yaW4aHDsMg

Can’t get over how genius the title is like I love it😭pic.twitter.com/e1SiOWqEBi

nothing they will make with elaborate gorey makeup and effects in this movie will be as scary as a safe space turning out to not be safe personally https://t.co/UdOj3hkyqE