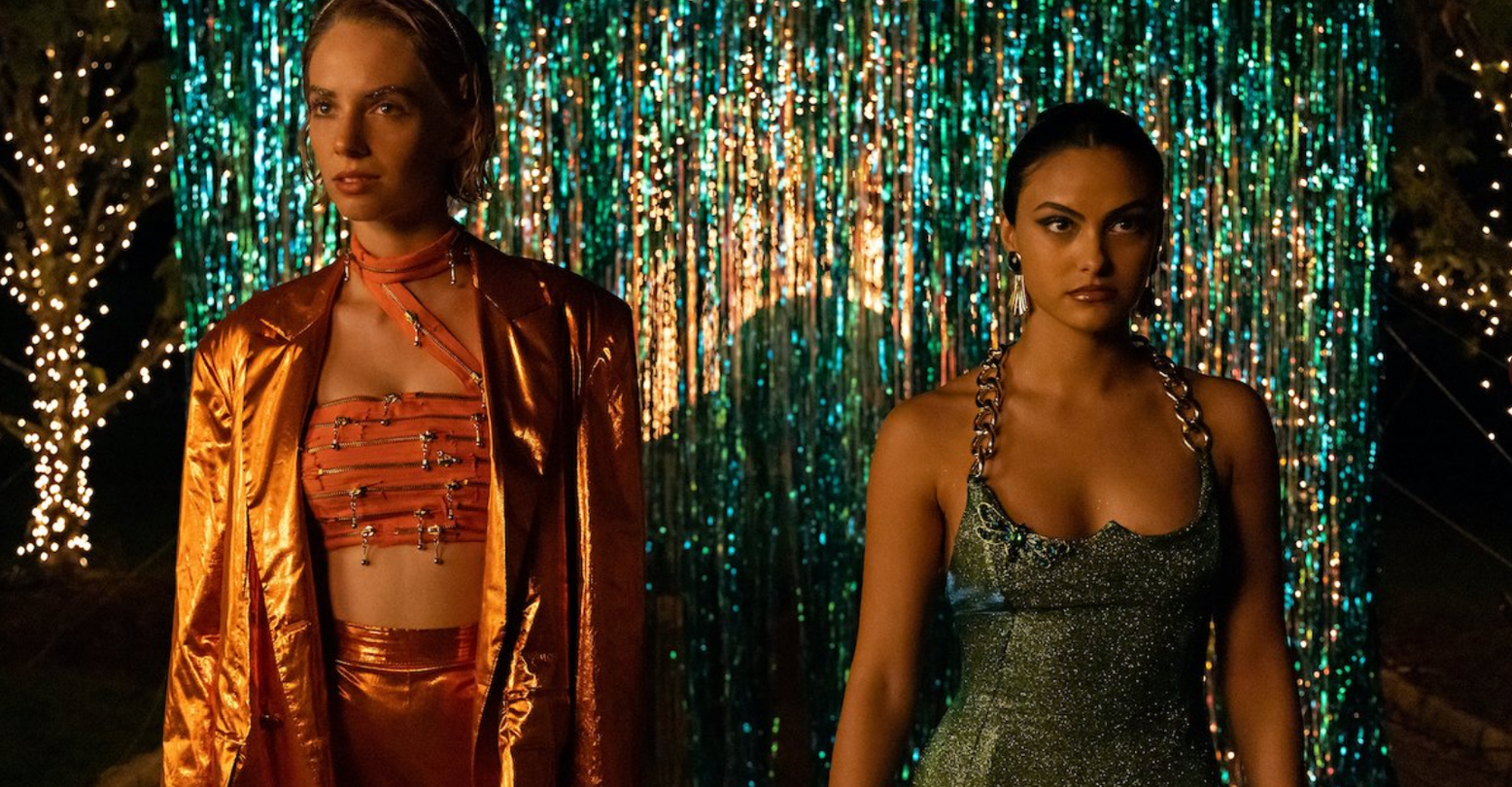 Netflix has unveiled the first look at its upcoming dark comedy Do Revenge. The film stars Maya Hawke (Stranger Things) and Camila Mendes (Riverdale) as high school students looking for payback, and the first photos reveal that there’s more to their relationship than a mutual desire for revenge.

Don’t get mad. Get plotting.

Do Revenge is directed by Jennifer Kaytin Robinson, fresh off the heels from co-writing Thor: Love and Thunder. In an interview with Elle, she described her inspiration for the film, saying she had asked herself, “What would it be like to take the fun, thrillery stakes of a Hitchcock movie and put it in high school?”

Mendes stars as Drea, a popular girl whose ex-boyfriend Max (Austin Abrams from Euphoria) leaks her sex tape. Hawke plays Eleanor, a transfer student who is outed to her entire school when another girl starts a rumor that she tried to kiss her. The two team up to plot their revenge, and as the first images show, sometimes the enemy of my enemy is more than my friend.

But in case the photos were not evidence enough of a central lesbian love story, Robinson herself settled the matter on Twitter. Responding to a fan asking whether the film is gay, Robinson tweeted a simple “yes.”

Robinson has also stated that the chemistry between Hawke and Mendes was so palpable that she reorganized the entire production to accommodate their schedules. “It had to be Maya. And so, the movie was supposed to take place in Los Angeles; we moved it and shot it in Atlanta so we could shoot it at the same time as Stranger Things. And I rewrote it and reset it in Miami. … They were so perfect that we legit moved the production, because if we waited for Maya after Stranger Things, we would’ve lost Cami. And if we had Cami in L.A., we wouldn’t have Maya. I was like, ‘Nope, it has to be both of them.’ So we moved the whole movie six weeks before production.”

While the film gleefully explores the idea of revenge, it is not looking to paint anyone as entirely heroic or villainous. “There is the comment on, not necessarily cancel culture, but accountability versus the way that we tear people down without the right information potentially, and the way that we lift people up without the right information potentially,” said Robinson. “And then on the other side of that, it’s also [about] the way in which we deal with trauma. So, focusing on what happens and how it happens and why it happens and then how we deal with it.”

At the same time, Robinson made the film just hoping viewers will have fun with an exciting thriller. “We want you to have a great fucking time,” she said. “That’s what this is. That’s what it should be. We’re not trying to solve world peace. This is not some big political statement. It’s just a really fun movie that looks cool and stars a bunch of really excellent actors who are at the top of their craft, and are also just gorgeous.”

Do Revenge will be available for streaming on Netflix September 16.