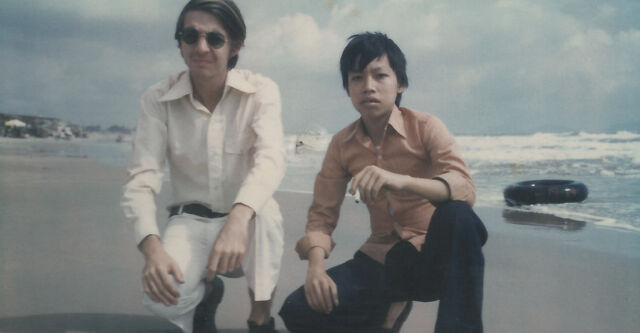 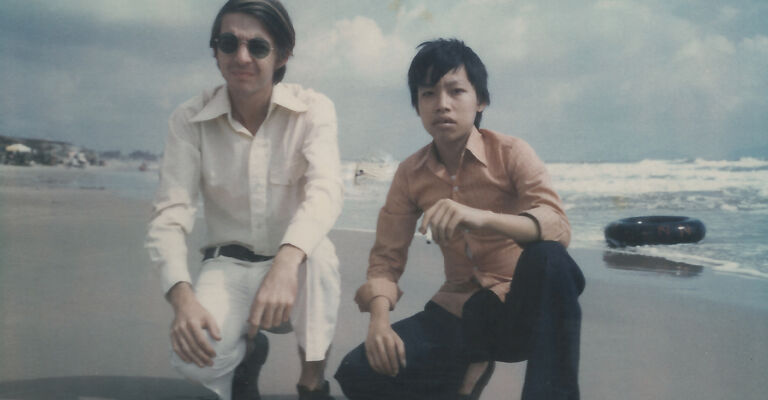 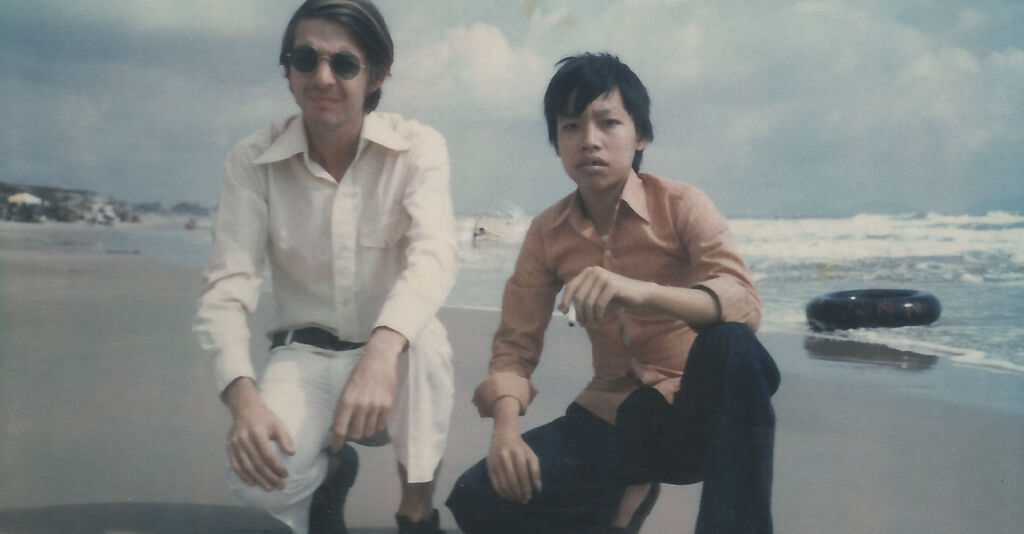 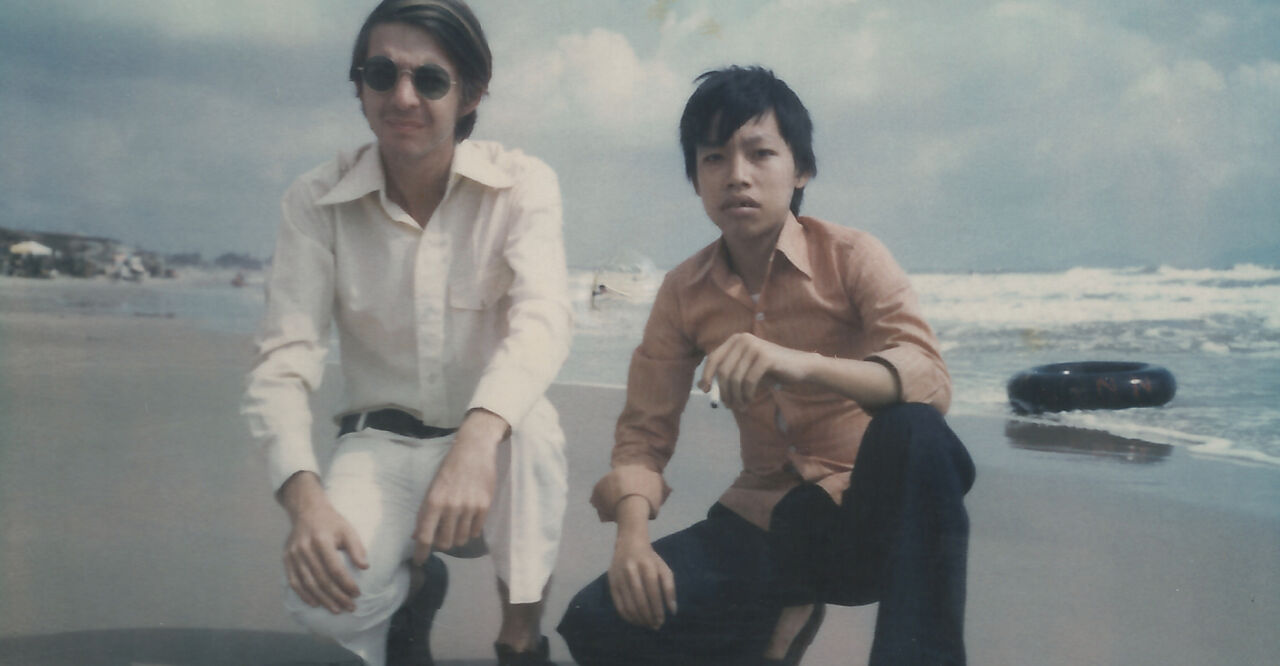 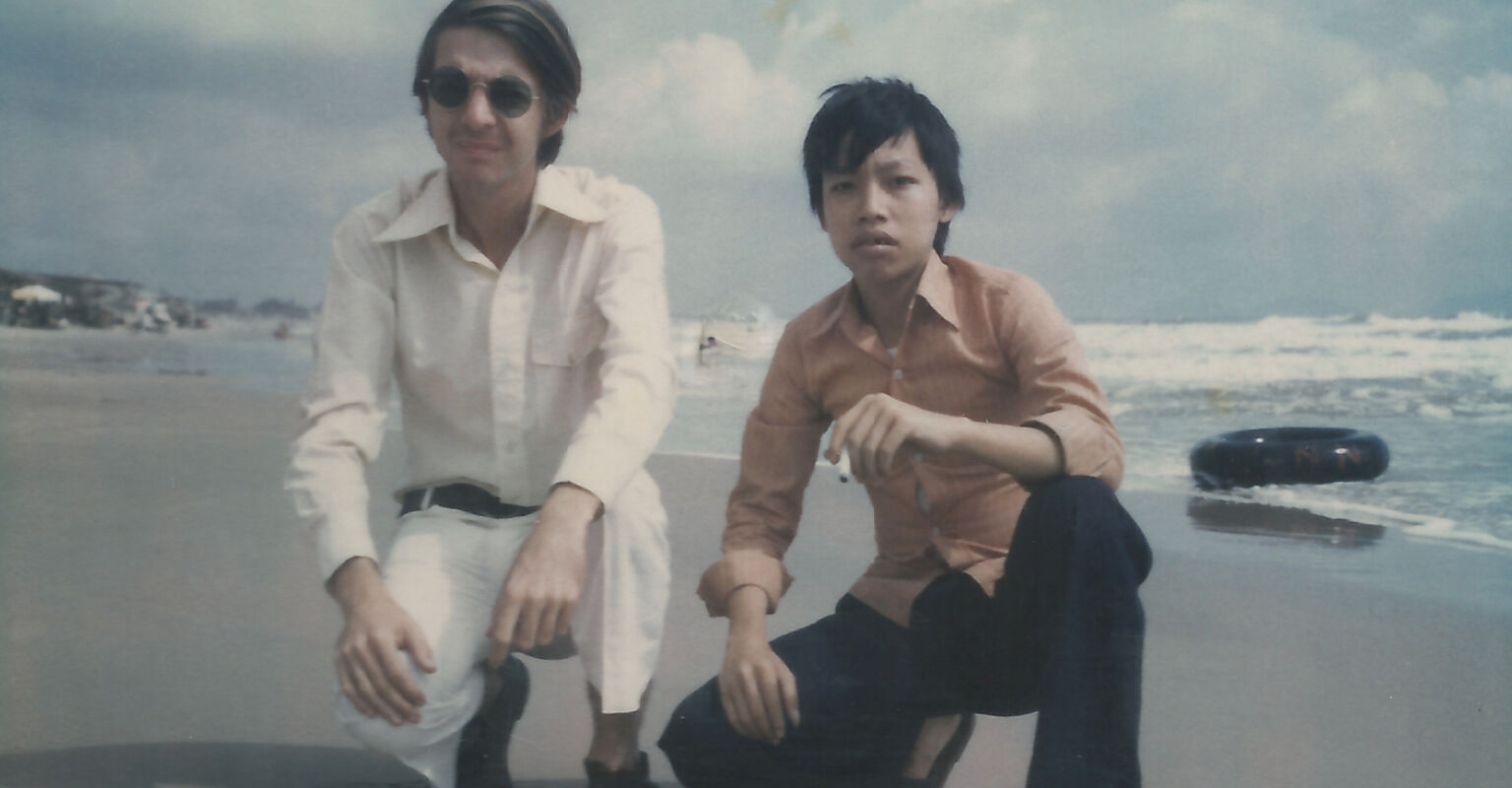 Jimmy in Saigon is a thoroughly engaging and poignant portrait of youth and (queer) dissatisfaction with Nixon’s America and the lengths people will go to find freedom, be it through resistance to authority, or finally letting the past rest.

The new documentary by filmmaker Peter McDowell follows him as he searches for answers about his deceased older brother Jimmy. As a drafted soldier and member of the counterculture, Jimmy fell in love with Vietnam during his service and returned as a civilian after his tour of duty ended, disappearing into the country during the final barrages of the war. He subsequently passed away, leaving many mysteries about his last days still left to be uncovered, including a potential male lover.

While the film inevitably (and perhaps unintentionally) evokes a well-worn fable about American soldiers disappearing into the jungle, what makes this one stand out is the attention McDowell pays to demystifying the stories about his brother. As a close relative, he is able to gain insights into the dynamics of his family without being exploitative. The subjects (both living and dead) are given silence if they so choose. The homophobia of the surrounding culture becomes visible through subtext rather than said out loud.

What is perhaps strange is how a film that touches on queer life spends so little time discussing the impact of the war on the gay community. However, that isn’t the point. Jimmy in Saigon is an incredibly insular film, focusing on Jimmy alone. Peter’s leads on his brother’s life are sparse to begin with, and become sparser as he gets closer to his brother’s legacy. Furthermore, it quickly becomes apparent how difficult it is to find clear answers in a place with as many destroyed documents as the former state of South Vietnam.

What is perhaps strange is how a film that touches on queer life spends so little time discussing the impact of the war on the gay community.

In such a place, it is easy to impose our own desires. Even Peter himself admits that a major part of his motivation in the project was answering if his brother was gay such as himself, and projected his own desires onto Jimmy. In the end, doing justice to one’s memory requires us not to air their secrets into the world. We can attempt to make approximations, but they only serve as placeholders for a truth lost to time. History is what exists in the tension between these two forces and it’s what Jimmy in Saigon understands perfectly. It’s empathic documentary work at its strongest.

By contrast, the premise for When Men Were Men feels like it was conceived of by a Tumblr fanfiction author roughly a decade ago. All the elements are there: transmasc coming of age, theatre gays, homoerotic wrestling, and Ireland. While the setting can’t really be helped, the other elements coalesce into another solid entry in the genre of Queer melodrama focused primarily on homophobia and discrimination.

The film follows Kieran, a young trans man as he struggles to overcome the prejudices of his rural Irish town. After running out on his parents in the midst of a particularly nasty fight, Kieran crosses paths with Egan, a new boy who has just moved into town. The growing tension between the two, coupled with Kieran’s discomfort with being cast as Billy Elliot in his theater troupe, forces him to confront his own wants and desires, as well as the biases of those around him.

While When Men Were Men never really breaks free from the tropes of the genre (for example, lingering shots of Kieran staring at his reflection), the film gets closer to something more intimate in its second half. The film moves away from focusing on straight homophobia directed towards Kieran, and instead focuses on the damage his own internalized homophobia wrecks on himself and those closest to him. The trap Kieran falls into is that he tries to replicate the forms of masculinity embodied by the cis men around him, and only through embracing his queerness can he survive.

The film’s many elements coalesce into another solid entry in the genre of Queer melodrama focused primarily on homophobia and discrimination.

However, Kieran does not have many allies to begin with, and these cathartic moments do not have much foreshadowing to begin with. They come quickly and incredibly hard, punctuated by screaming followed by tears. The ultimate trap of unhealthy masculinity is suppressing your internal desires for the sake of those around you. What When Men Were Men understands is the double bind gender norms place on trans people and in particular the silence demanded of them not to speak on either gendered experience.

Ultimately, I wish When Men Were Men had more to say about masculinity. While there are certain moments that touch on the larger cultural environment in which Kieran and Egan find themselves, they are fleeting. Instead, the film argues more strongly for men to embrace their vulnerability and trust those around them. Simply because someone confronts you, it does not mean they are hostile.♦

Jimmy in Saigon and When Men Were Men premiere at Frameline on June 19.