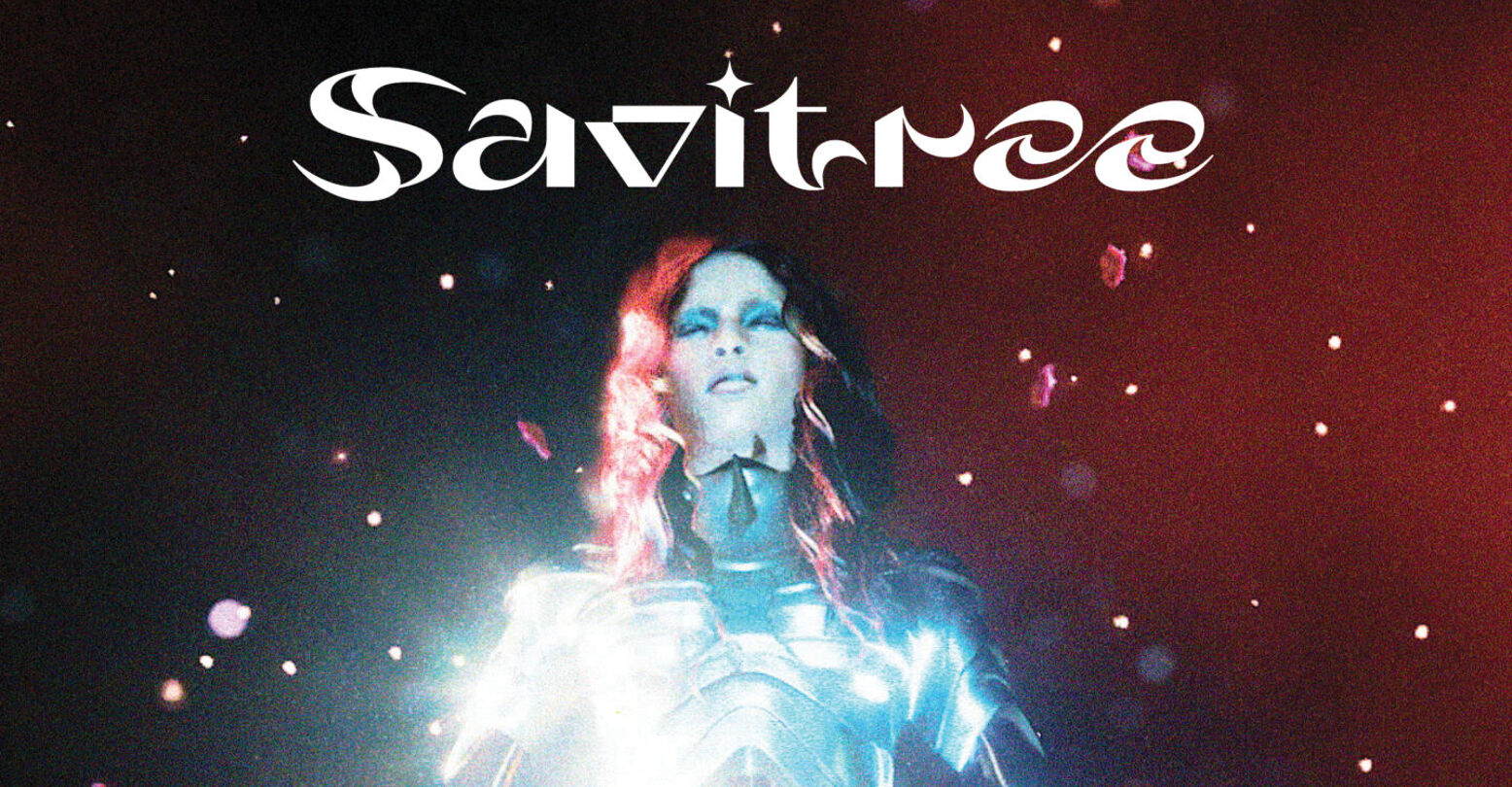 For many within the LGBTQ community, chosen family is all that we have. And within these families comes beautiful narratives of queer and trans folks. Richie Shazam knows this all too well. Aside from modeling with her chosen family in Converse’s Pride campaign this year, the model, photographer, and now filmmaker premiered her debut film Savitree, as part of Converse’s Pride campaign and as a part of the Tribeca Film Festival.

Converse’s Pride campaign this year focuses on found family, a concept that Shazam is all too familiar with. Her new film centers around her identity, the life that she has made for herself, and the family she found along the way – which includes designer Briana Andalore, actress/model Julia Fox, and her partner artist Ben Draghi.

Besides the Tribeca Film Festival, the film will premiere at select events throughout Pride month and the rest of the summer before releasing to the public later this year. Ahead of her film debut, INTO was able to speak with Shazam about her Savitree and what found family means to her.

What does found family mean to you?

For me, it’s an integral part of my identity. I would not be the individual I am without that love, support, and acceptance of my family. And for me, finding people, finding individuals that love and support [me] and there isn’t judgment. It’s rather like, “let’s amplify one another”.

And it’s like the real ethos of the word. It’s like survival. I needed these individuals to help me get through my passage. And I think that, for me, is something that I want to continue to do for people and vice versa.

And I think that found family is my community, my loved ones and the people that I ride for and that ride for me. And we’re here for the journey and we are constantly evolving and changing and finding people that are there and that want to hold your hands on this crazy life that we live.

With your trajectory in photography, many can assume that film would be a natural progression. But why did you choose film as your next creative endeavor?

I think, to be honest, my whole identity as an artist sort of happened unexpectedly. Like, my intention was just sort of to work. And so I didn’t know what it was going to look like. But my found family helped me to better articulate my vision and own my artistry. So, it’s kind of like all of these things working cosmically together.

Being a storyteller, there’s so many mediums for one to use. In my abstract brain, I see things in movement, whether it’s the photograph that I’m making, whether I’m modeling something, it’s all about movement and giving that sort of beautiful fluidity and transcending things. It’s like knowing that there’s a power behind it.

And I just felt when Converse approached me about creating a film, I just felt really excited. I’ve never been one to turn down something. I commit and I give 150% and then give all of my being to whatever I put my name on. And this, for me, just felt so right because it was about telling my story. And for me, the biggest added bonus of it is that I got to create a film about my found family with my found family.

What was your favorite moment from being able to create this wonderful queer experience within this film?

[There is] nothing like it. And I think I was just, like, creating sort of post pandemic, like us all getting cute together, collectively being present, like, IRL. Those things are so important, especially in telling the story. I think it definitely wouldn’t have been possible if we were like, in the past. I don’t think it could have happened.

And it’s cool because I think about my identity and really finding myself through the bonds of sisterhood and through intimacy. And I think that also knowing my journey is different than my sister’s journey. We’re all different people, but we all support and give each other the tools necessary to express ourselves. 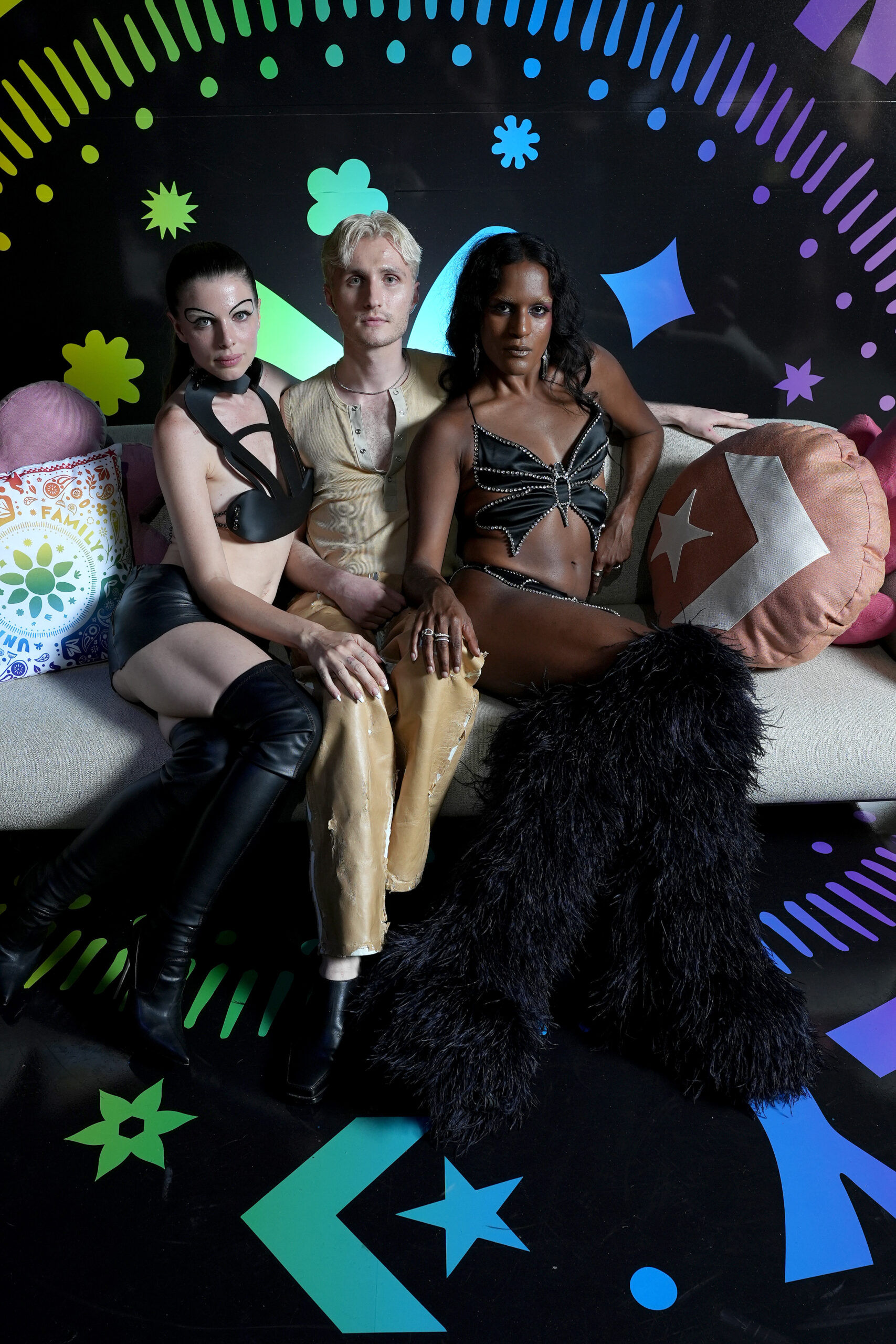 What impact do you hope to leave with your viewers, after they see this film?

I hope to give hope to people. I think, in the calamity of the country and everything that’s happening, I think that art is such an integral way to convey messages, and I hope that it should serve as a vehicle for vulnerability and for people to really be more warm with each other, and to really have more compassion and to have a sense of humanity.

And I think for me, it’s like I want to continue to grow and to build and have the autonomy to be the director of my dreams and ambitions. And I want people to also feel that way as well, that they too, can do this. I want to inspire people from all generations and all walks of life. Just believe in yourself.

And you can also be of service too. It’s funny because I think that it’s not like a one way street. It’s like, it’s both ends. You go to always be of service and help people. And that’s how I live my life and how I want to build communities. Like being of service, but also being able to have people connect with me and bond with me and us working collectively.