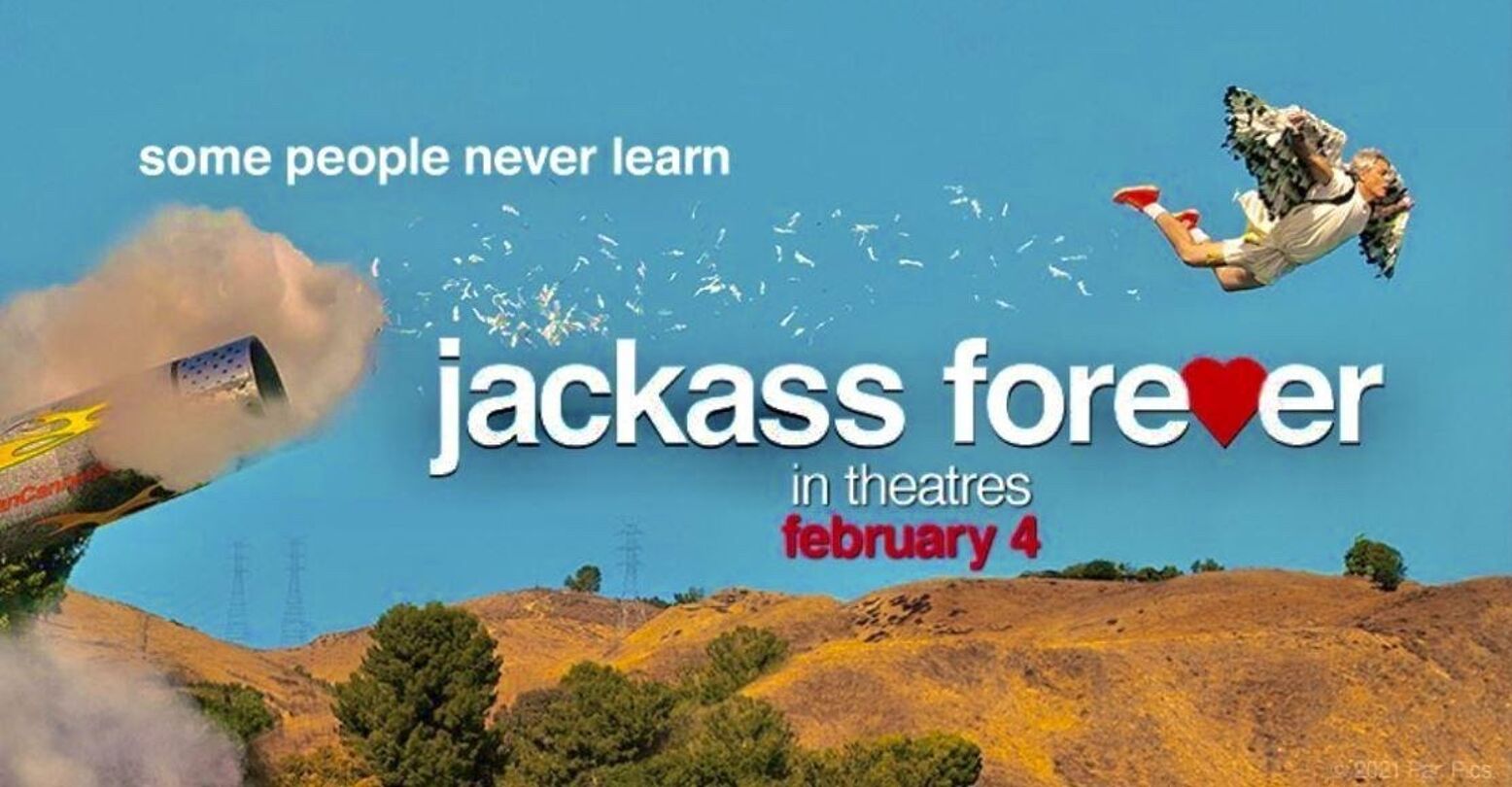 You wouldn’t think that a show dedicated to pranks, dicks, and balls would be destined to become a trans classic, but here we are. It’s 2022, and what can I say, trans and nonbinary people are really feeling Jackass Forever.

If you’re somehow not aware of the Jackass phenomenon, let me enlighten you: “Jackass” was a Spike Jonze-created TV show from the early oughts that followed a group of fun-loving dudes—namely Bam Margera, Johnny Knoxville, and Steve-O (a transmasc name if ever there was one)—as they played public pranks on each other, often involving dicks and violence. It was about friendship, dude culture, and fucking around in public. The show also predated the Ashton Kutcher phenomenon “Punk’d,” a show about tricking Hilary Duff into believing it was inappropriate to wear heels while driving a car.

Fast forward 20 years later, and Jackass Forever, a documentary about the crew and the phenomenon of the show itself, has officially hit theaters. And trans folks are reminiscing, hard. We’re remembering what it was like to watch a group of men so aggressively entwined in a violent bromance subject each other to new rounds of hilarious torture. And how, you know, weirdly hot it was.

still can’t believe i talked to one of my biggest crushes last week 🤪 pic.twitter.com/Rg9uwnHCZm

INTO contributor Niko Stratis wrote about this phenomenon for Bitch:

Comedy can be dangerous or whatever and also be full of joy and heart and the best evidence of that is Jackass, which ICYMI, I wrote an essay about for @BitchMedia https://t.co/PRKyszlqbD

“The Jackass guys were so at home in their masculinity, but when they shoved and slapped and goaded each other, it felt playful rather than angry. They worked together to outdo one another in painful slapstick, eager to see how far the others could go,” Stratis writes. “The desire to be more aggressively masculine than the guy standing next to you doesn’t mean anything when the man standing next to you is also being shot in the balls with a paintball gun.”

Honestly, it’s true. We love us some Johnny Knoxville in this community.

Maybe. The answer is maybe.

my review of jackass forever: is jackass the reason i’m trans???

all the trans mascs logging in tonight to reminisce how the jackass crew made them into the dudes they are today pic.twitter.com/DWe5TsSW8O

I want to be steveo on jackass but it’s trans girls n dykes https://t.co/XIqtCebnxp

The girls are calling for an all-trans reboot, and honestly, why the hell not?

pitching “all trans jackass reboot” to my horrified friends. my spirit will not be broken. my dreams are valid