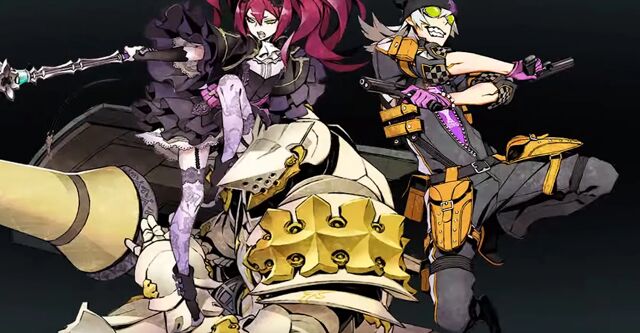 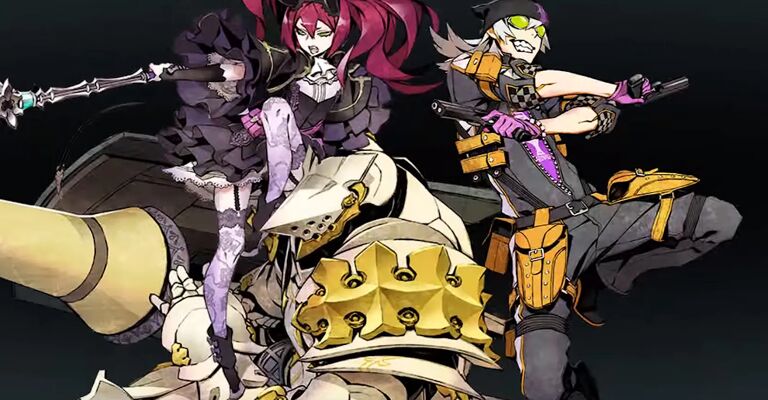 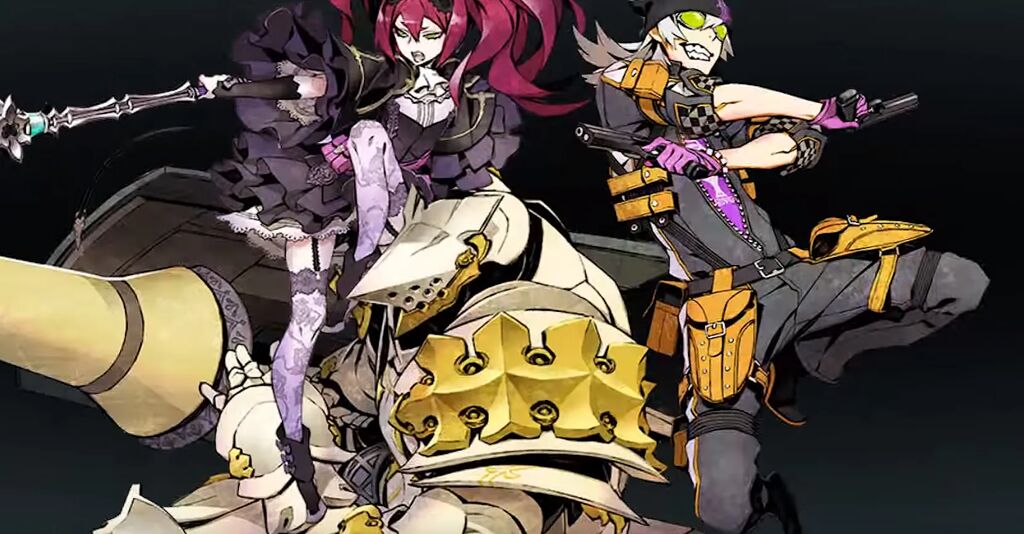 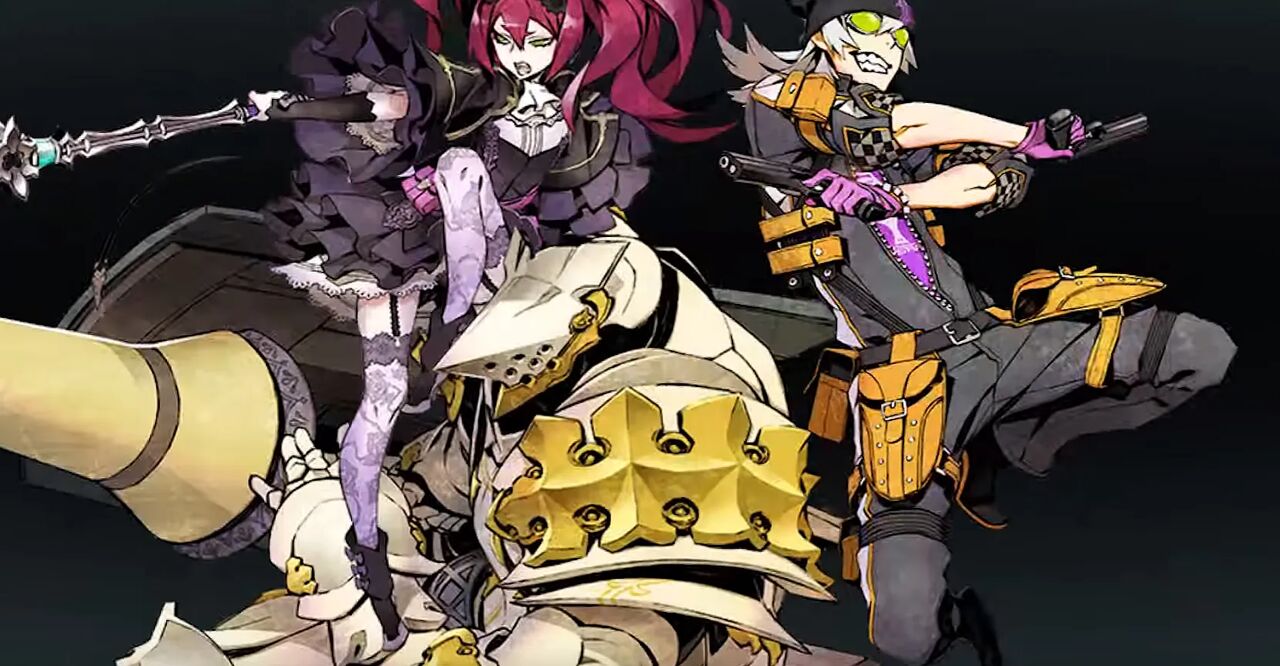 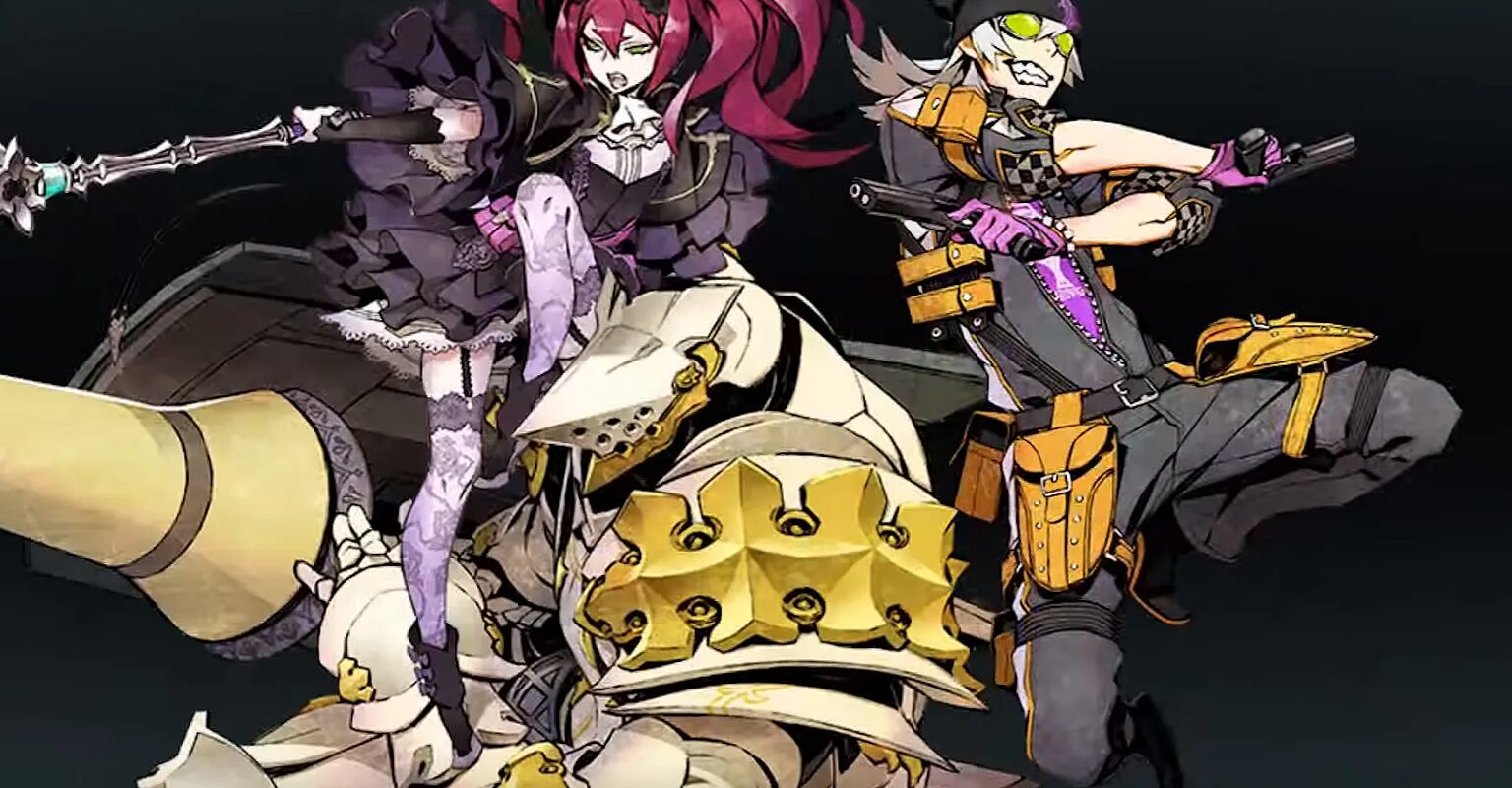 Recently, Nintendo announced that the 3DS Eshop will be shutting down by March 2023. One of the many digital games that will be unplayable without an expensive physical copy is 7th Dragon III: Code VFD. The dungeon-crawling role playing game was developed and published by Sega released in 2015. The game’s premise involves being chosen to join an organization called Nodens to time-travel and fight dragons threatening the world in various locations.

One of the reasons I bought the game is because I came to love dungeon-crawling RPGs after playing Etrian Odyssey Untold II, and it had interesting-sounding job classes like “God Hand” and “Agent”. I also heard from a Twitter mutual that it had queer-friendly features: that turned out to be true in more ways than one. Not only does the game allow for the exploration of queer identity through its character customization feature, but you can also do so through dating.

When you first begin 7th Dragon III, you can make your character avatar by choosing from a selection of character portraits, their voice, and their job class before giving them a name. A special aspect of the character portraits is that they aren’t tied to a particular job class, so you can have a “God Hand” be a girl wearing a blue bow-tie, white blazer, and skirt or “Samurai” looking like a dapper male butler. Although the character’s grunts and occasional lines are voiced in Japanese, you have 20 male and female voice actors to choose from. You also unlock more character portraits as you progress through the game and gain access to more job classes.

The Importance of Canonically Gay Characters, or: Why I love 7th Dragon III https://t.co/kfs32eCk9n pic.twitter.com/YOKwNnFYIo

Upon making my first character (I named them Hikaru) I gave them the blue bow-tied female character portrait and a low, slightly gruff voice to make my ideal nonbinary femme character. I also made them a “God Hand” because it had both healing and offensive capabilities. When I finally started the game, I was delighted to notice that despite choosing a female character portrait, I was addressed with “they/them” pronouns by an NPC (i.e. non-player character). This is particularly notable given that you have to create three characters to form a party and can designate any one of them as the leader. Later on, I had to make a second party and made an effeminate-looking Atlantis male character named Yue. Upon making them leader, I was still addressed with they/them pronouns.

I was delighted to notice that despite choosing a female character portrait, I was addressed with “they/them” pronouns by an NPC.

Despite the vast character customization options available, it’s possible that some players might still find the game limiting. One particular thing I noticed while choosing voices is that most of the choices are high-pitched female or deep-voiced male voices.  This might be off-putting to some transgender and nonbinary players who want their voice to sound a particular way. Most of the character portraits also feature a mostly youthful and thin appearance, with the youngest looking being a pre-teen and the oldest looking being a mid 40-50s male (there is no female option). As a player of color, I would’ve also liked to see more brown-skinned character portraits than light-brown pre-teen “Duelist” and the light-brown Atlantis “Rune Knight” and “Mage”.

Every now and then I stop and remember how SEGA blatantly and openly advertised 7th Dragon III as a gay dating sim. pic.twitter.com/g1T883Cqj6

Although I was mostly satisfied with the character customization, I was also surprisingly delighted by the game’s inclusion of certain explicitly queer NPCs. One of them is Noden’s director, Juiletta, who is implied to be gender-nonconforming or transgender due to the fact that he prefers to be called Juiletta over his deadname. There is also a sidequest involving Juiletta and a male NPC named Sakurai, who initially crushes on Juiletta because he looks like his deceased boyfriend. While it would’ve been nice to also have some explicitly queer female characters, the game’s dating feature makes up for this in spades.

-7th Dragon III, with… basically the entire cast! Almost every NPC is dateable and any protagonist (you can change your MC from your party) can date them regardless of gender! Additionally, a side quest sensitively handles a gay soldier handling the loss of his boyfriend! pic.twitter.com/vYD59pu5zF

After accepting bentos,  getting the IDs of various NPCs and upgrading Nodens to include a swanky bar hangout known as the Sky Lounge, you gain the ability to go on dates with any NPC regardless of gender. Doing so enough times allows you to gain powerful armor and equipment for yourself and your party members to use in the main storyline. During these dates, you’ll see brief dialogue exchanges between yourself and another NPC. At the end of the third date, you’ll see suggestive dialogue and a “fade to black” that implies you and the other character have sex.

While going on these dates, I played as my nonbinary-coded female character Hikaru and my nonbinary coded male character Yue. As Hikaru, I courted Ulania, the beautiful queen of Atlantis. As Yue, I dated the stoic yet protective Atlantis rune knight Eigur. Through these dates, I was able to explore my bisexuality within a fictional setting. I have long suspected that I was romantically and aesthetically attracted to a mix of femininity and androgyny, and dating Ulania and Eigur allowed me to see if that might be true. Of course, I also wanted to make sure I had enough new equipment for all nine of my party members, so I also dated other male and female characters.

Since the release of 7th Dragon III, there have been other RPG games with queer romance options and gender-inclusive characters and customization. The indie RPG Ikenfell has two non-binary characters that use they/them and Ze/Zir pronouns, while Animal Crossing New Horizons lets you wear whatever you want regardless of gender. There is also the lesbian road-trip RPG Get In The Car Loser! as well as the Greek mythology-inspired RPG Hades, the latter of which has a bisexual main character with male and female romance options.

Other than Miitopia (which has since been re-released on the Switch) and Fire Emblem Fates, there aren’t any other LGBTQ+ friendly game offerings on the 3DS. This makes 7th Dragon III a hidden gem for LGBTQ+ video game players who are fans of role-playing games. In its almost ten-year lifespan, the 3DS library had a plethora of role-playing games: but 7th Dragon III will always be a personal favorite. ♦