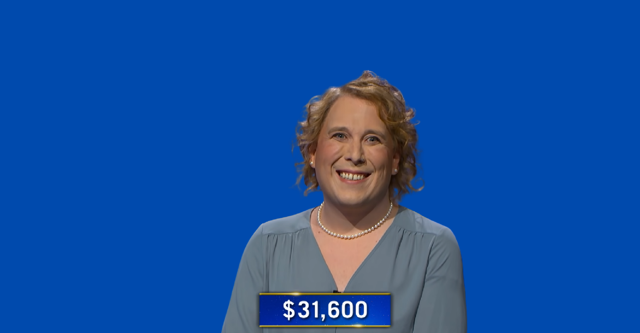 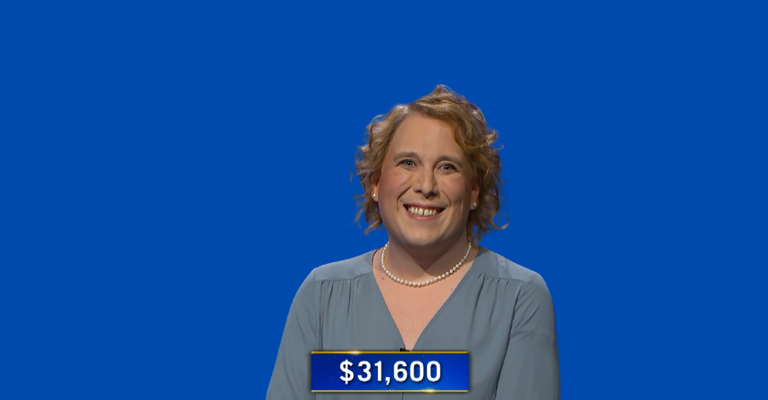 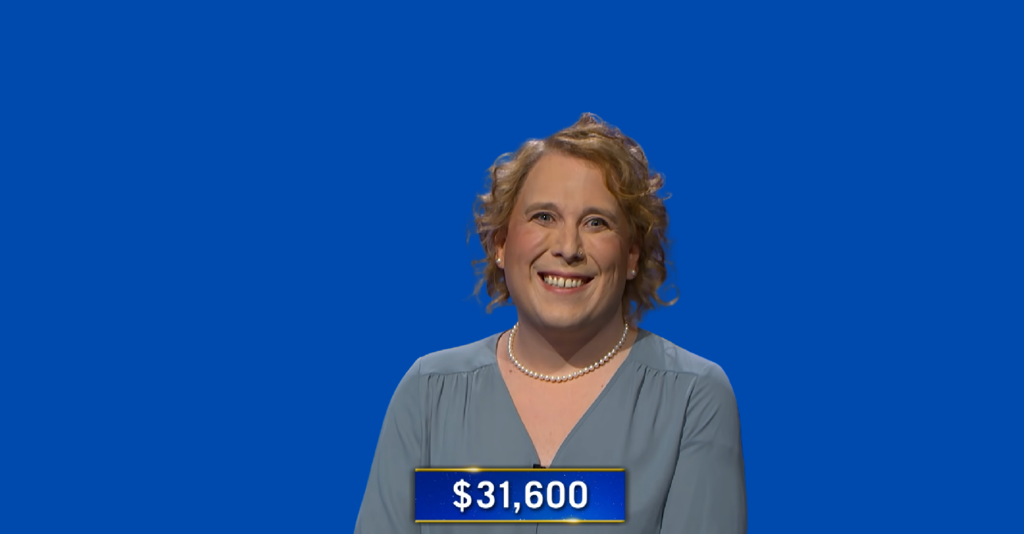 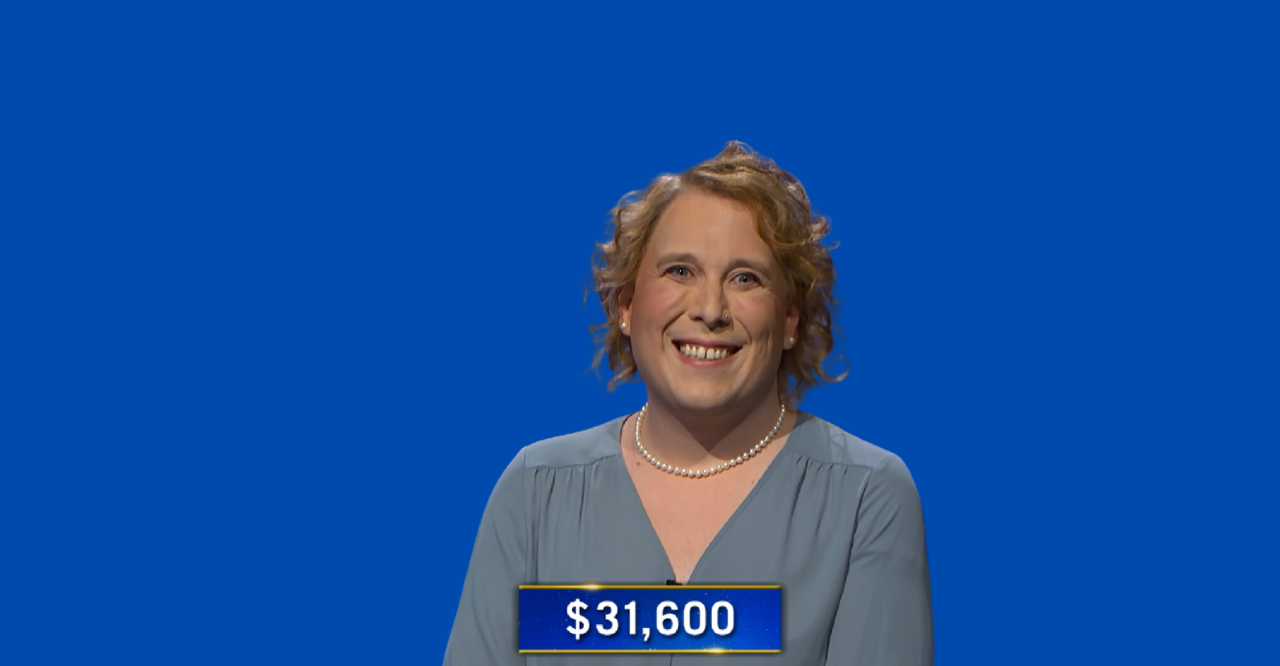 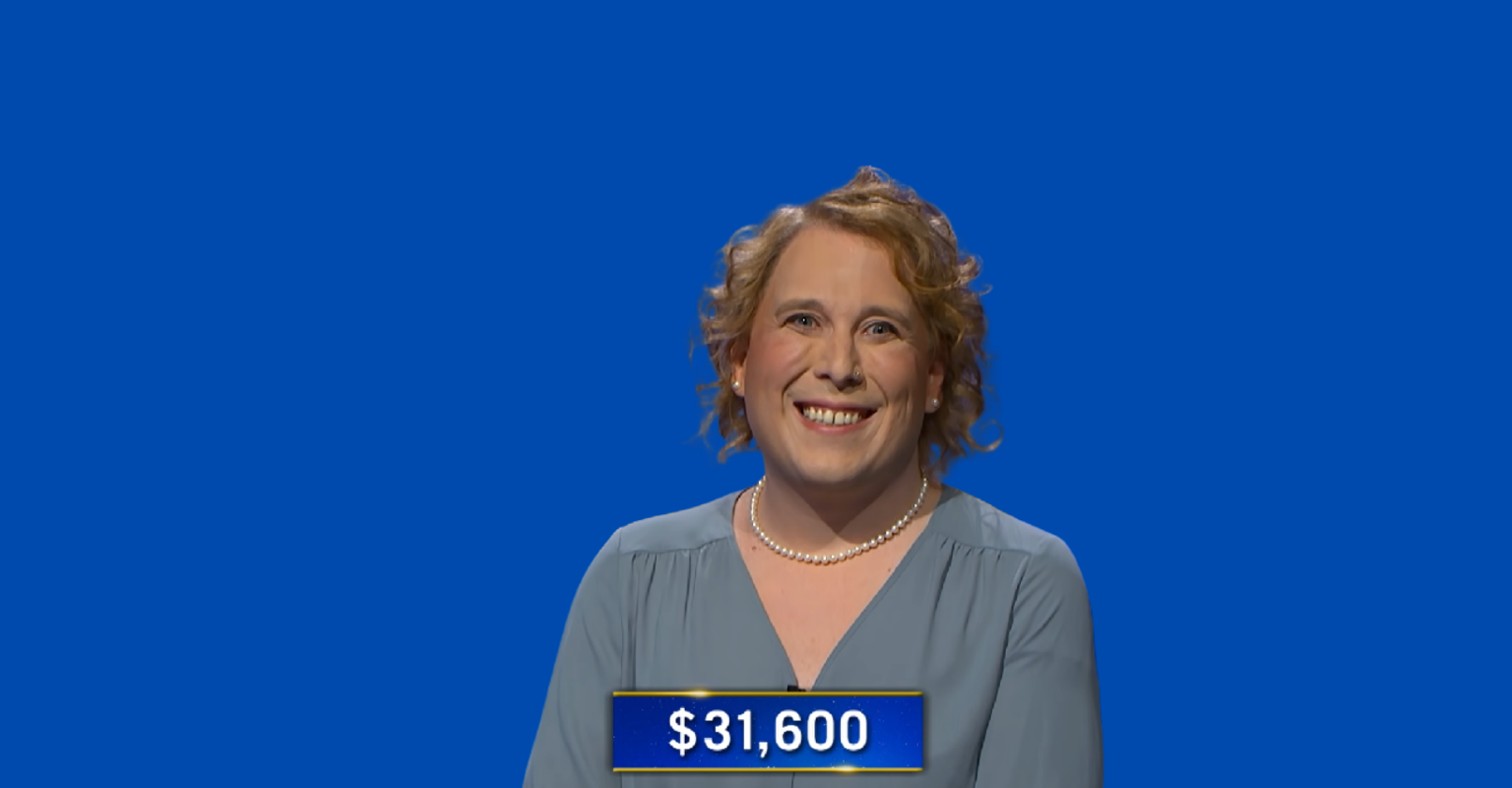 Amy Schneider always thought she would be good at Jeopardy! With 8 wins now behind her, it’s safe to say Schneider has officially qualified to compete in this year’s Jeopardy! Tournament of Champions. Win or lose, Schneider will make history as the first trans woman to ever enter television’s biggest battle of wits.

When the time comes for the Tournament of Champions, 15 of Jeopardy’s top contestants will duke it out for the ultimate title – and a lot of cash. But first, each contestant must win five consecutive titles to qualify and given Amy Schneider’s 8 game winning streak, she will most certainly be making an appearance—possibly alongside other Jeopardy! phenoms, Matt Amodio (38 wins) and Jonathon Fischer (11 wins.)

Following her fifth consecutive win on November 23rd, Schneider celebrated her entrance into the Tournament of Champions with an op-ed in Newsweek. In addition to detailing her winning strategy, the potential champion also took a well-deserved moment to bask in her success. Amy Schneider’s uninhibited display of pride alone is reason enough to celebrate; but even more exciting is the way Schneider’s self-love sets a precedent for trans visibility on and off screen.

Contrary to her seemingly scientific winning streak, Schneider wrote in Newsweek that she really only had one strategy going into the game, “The only strategy I really had was that if I came up against a category I thought I would be weak in—for example, popular music—I would get it out of the way first. That way, if there were any doubles in that category, they would come up when there wasn’t as much money to be wagered.”

That’s not to say she was ill-prepared: As an avid Jeopardy! fan herself, Amy Schneider specifically recalls being inspired by the show’s previous trans contestants like winner Kate Freeman back in 2020. As much as she has been inspired, Schneider hopes to do the same for others, “I hope I have given them the opportunity to see a trans person succeed. Until very recently trans people didn’t see themselves doing much out in the world, so to actually see something like this happen really opens your mind up to possibilities.”

Upon breaking open new doors for herself, the 8-time Jeopardy! winner leaves a clear path for others to follow behind; and 295,200 dollars in winnings aside, Schneider clearly had her eyes on a much bigger prize come the 38th season’s Thanksgiving episode.

Introduced by host Ken Jennings, Amy Schneider’s opening sequence aired November 25th with a subtle yet powerful nod to the trans community. Placed level with the camera’s line of vision, Schneider donned a pin of the trans flag. Prior to the episode’s airing, Schneider tweeted out a thread explaining her very deliberate and fashionable accessory.

In regards to the perfectly placed pendant, Schneider made sure to note that her act of visibility purposely coincided with the upcoming holiday season, “Thanksgiving is a holiday that is all about family. And that can be hard for anybody who has been ostracised or otherwise cut off from their family, a group which, sadly, still includes a disproportionately high number of trans people, especially trans youth and trans people of color.”

“So, it felt like a good time to show my membership in, and support of, a community that might be having a hard time right now,” she explained before concluding the thread with links for donations to two organizations she holds dear: Trans Lifeline and the Transgender Law Center.

On a lighter note, Amy Schneider divulges she plans to use some of her winnings to travel with her girlfriend. And as much as she wants to win the Tournament of Champions, she knows that her run on Jeopardy! kicked ass regardless of the tournament’s outcome. “Whatever else happens going forward, there’s no way this can’t be called a successful run.”