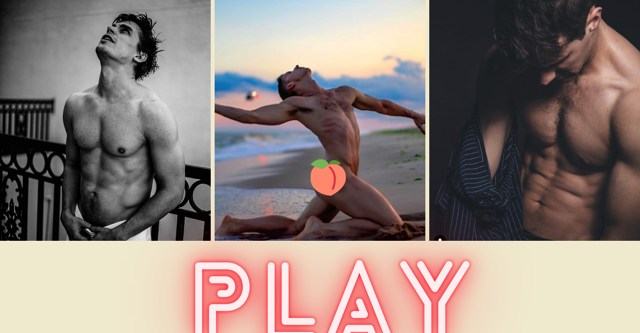 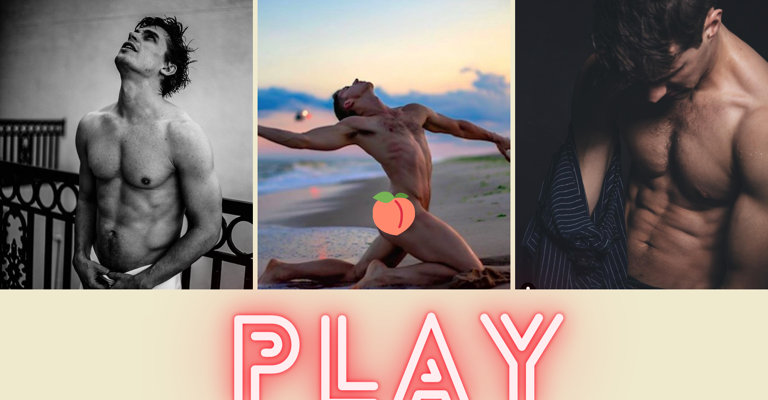 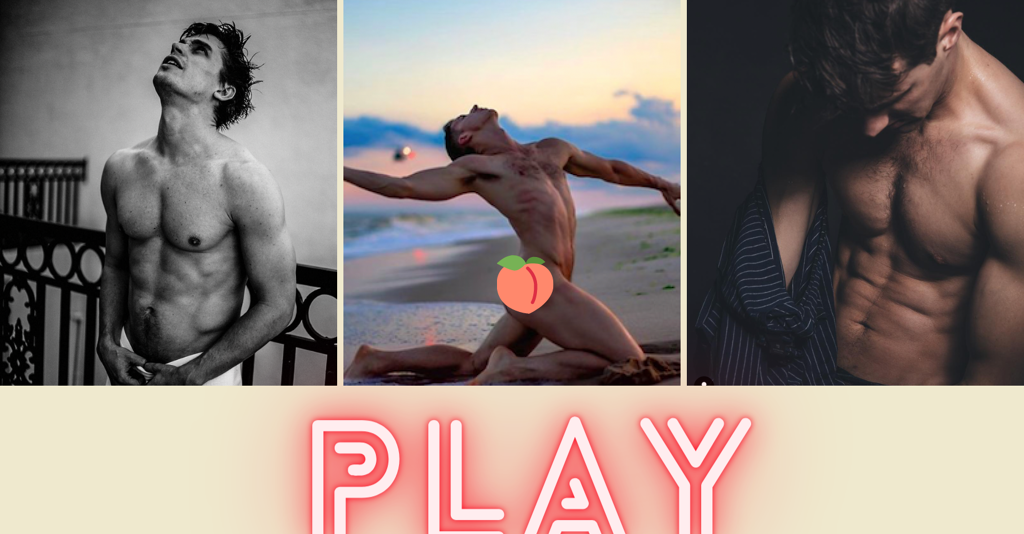 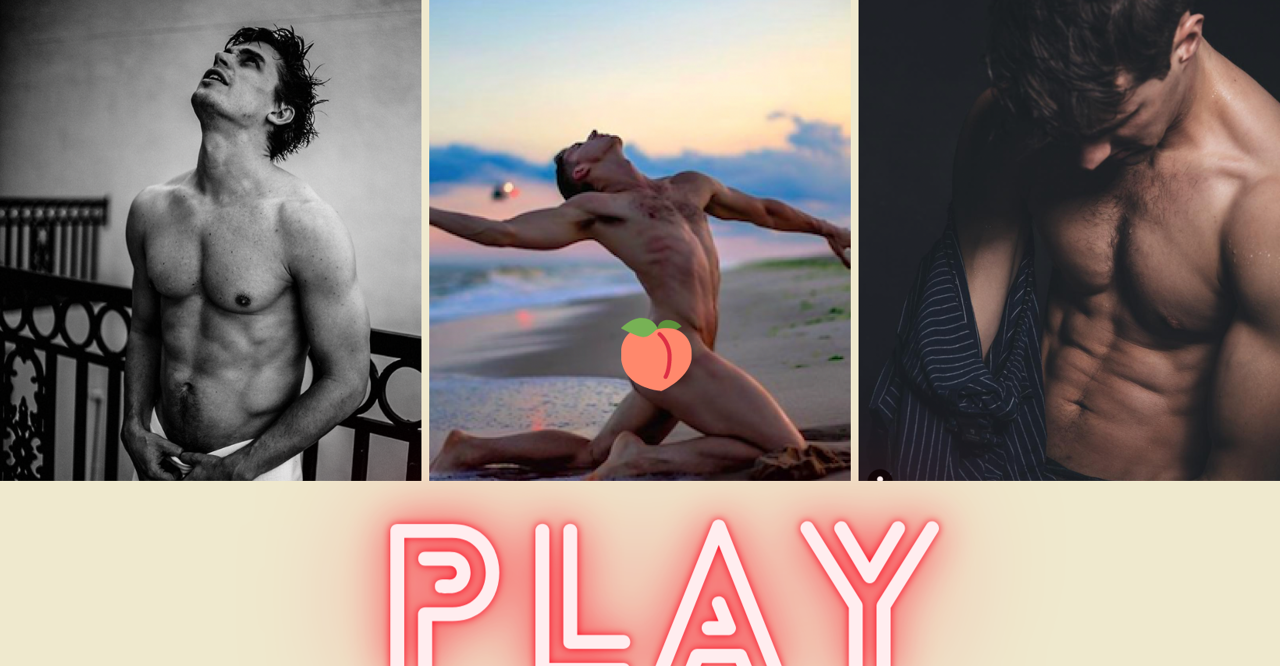 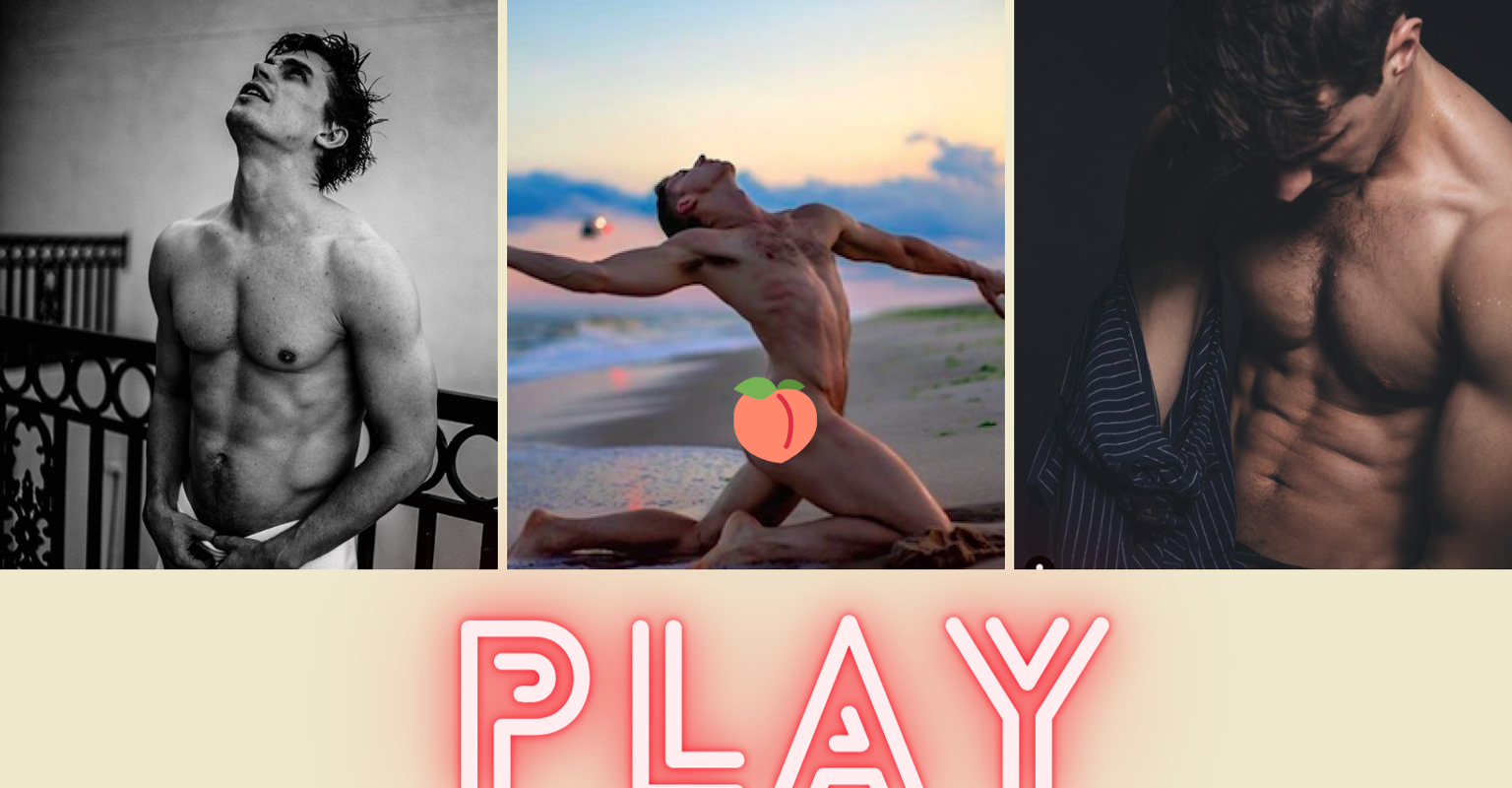 I’m barely on Instagram, but whenever I dip my toes into its silty waters I feel I owe myself a scalding, second baptism. When I do hop on the app, I (a weak fag who has deeply internalized oppressive beauty standards) pollute my free time by hate-scrolling through Instagay feeds. The digital intersection of capitalism and vanity, Instagram is a haven for the Gaytriarchy: it’s a channel to flaunt shirtless pics, sculpted bodies…and captions that simply don’t add up.

Sometimes coy, often offensive, and always nonsensical, these captions — per my 20+ years of reading and conjuring images based off text — in no way correspond to their thotty photographs. An example in the style of what I’ve witnessed might be as such. Image: shirtless man. Caption: Save the elephants. What? Such incongruous image-caption pairs make Andrew Keenan-Bolger’s insufferably punny posts feel like a marriage of image and text so holy even Fred Phelps would consecrate it. As I encountered more and more absurd captions tied to titillating pics, I decided to put my hours of scrolling to use because if one thing’s certain, I don’t love the Gaytriarchy but I do love gaymes.

Remember those middle-school vocabulary tests where you’d have to match a word in Column A with its definition in Column B? The following game is like that, except you have to pair the conventionally attractive shirtless white man with his inane caption. A picture’s worth a thousand words; or, thirst traps only need a phrase plus emoji to make you consider chucking your phone at the nearest cinder block. First, see the images numbered below; following them will be caption options. Match the pic to the post, and don’t fuck it up.

“I cannot express how devastated I am about Ms. Franklin’s passing. The Queen of soul, one of the most iconic singers I have ever listen [sic] to. Growing up I have always loved Ms. Franklin. She has inspired me and taught me everything I know about girl power, and how to be a feminist, and stand up for yourself. Ms. Franklin you will always have my #respect!!!!! Love always!!!!!!!!!!”

CAPTION D
“Yesterday was a sad day for France but remember that everyday is a sad day for our planet earth 🌏 let’s be respectful and grateful for what we have, everything is temporary.”

“April is World Autism Month, and we’re inviting friends and neighbors around the world to come together to pledge to go blue to increase global understanding and acceptance of people with autism. #autismawareness #spectrum #blue”

“Perspective and duality. As @[redacted] captured this moment a week ago, a rescue helicopter passed overhead on a mission (the lights in the sky). Nothing exists in a vacuum – the world spins madly on.”

“If you can gaze into the future,

(Life is a breeze)

Seeing trouble from a distance,

But it’s not that easy.

It’s the future I can see.

It’s so mysterious to me.”

“Last day of hotel jail! …but I’ve grown accustomed to my kennel. Getting worried I’ll be too afraid to leave the cage.”

If you got 0 to 2 correct: That’s fine! Honestly, who can blame you? You might just be the sanest of all of us: there were negative context clues to go off of in these pictures, and all of these captions were entirely interchangeable.

If you got 3 to 5 correct: You either guessed pretty well, or you have a decent sense of the dark arts. Do you post sexy pics to raise awareness for our increasingly prolonged hurricane and forest fire seasons? Do you?

If you got 6 to 8 correct: I’m going to recommend you take a break from Instagram. The app will never tell you such — it needs your thumbs and eyes! capitalism, remember? — but as an unlicensed professional with therapist-face I’m going to say you’re too keenly able to decipher illogical caption-photo pairs, which may warp future reading comprehension skills.

If you got all 9 correct: She’s an icon, she’s a legend, and she is the moment. And…I’m scared? You should probably do something with this superpower, and make money off of it. Please send a portion of all royalties to my public address, @wjmcentee.

* Caption was updated presumably due to backlash; original screenshot below:

^ Caption was updated presumably due to backlash; original screenshot below:

Billy McEntee is a Brooklyn-based writer whose articles have appeared in The Washington Post, Vanity Fair, Travel + Leisure, and others. He’s a Theater Editor at The Brooklyn Rail and his short film “Lindsay Lindsey Lyndsey” will be released in 2022.