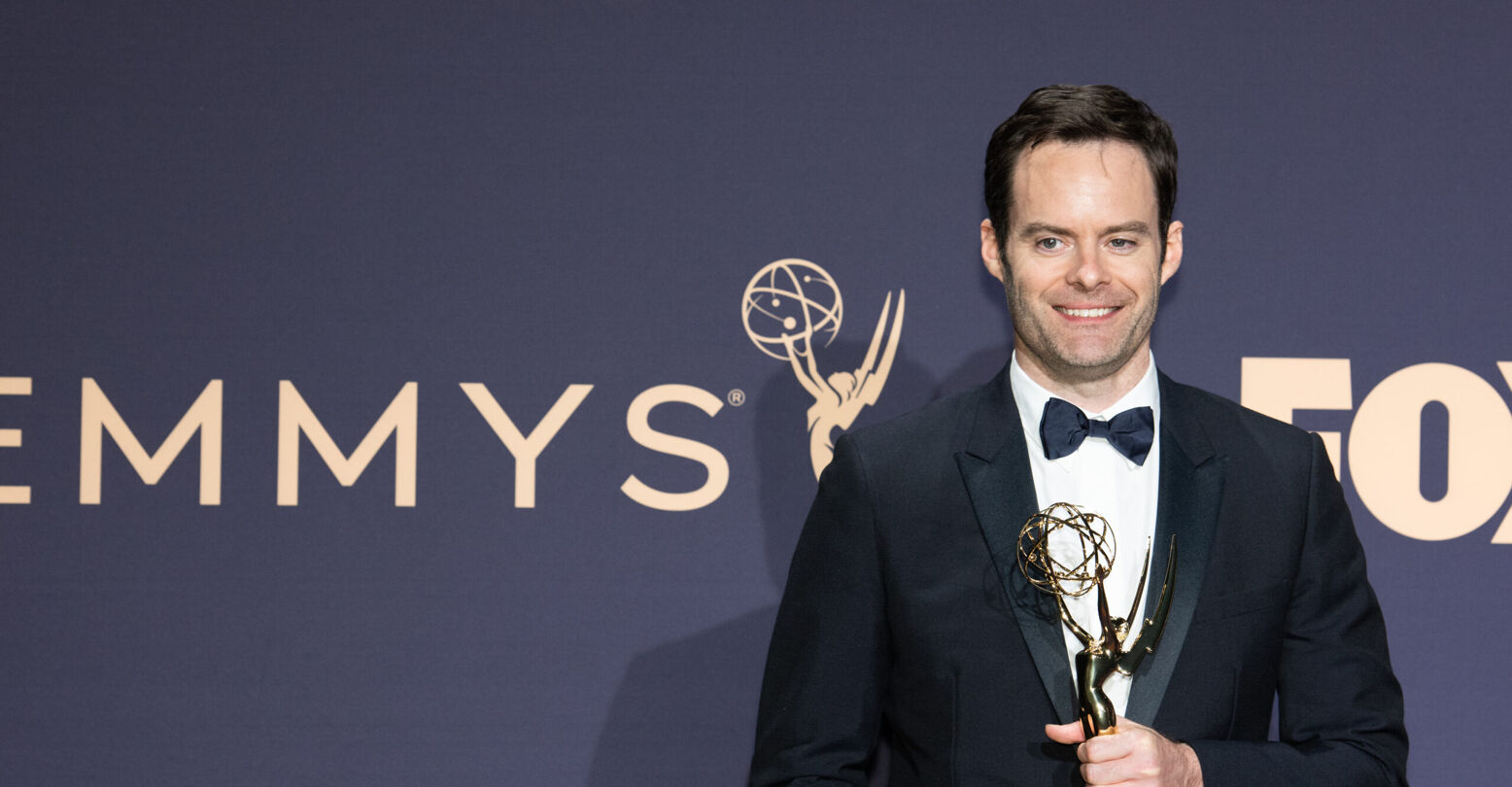 I’m proud to declare that I’ve had a gigantic crush on Bill Hader dating back years. 2015’s Trainwreck got me hooked, but it was 2014’s The Skeleton Twins, in fact, that fully did me in. First of all, he played gay, which is definitely problematic but in the case of this movie, also extremely hot. Bill Hader in drag? Stefan could NEVER.

And then, in 2018, the television miracle that is “Barry” came along and utterly did me in. If I thought I had a hard on for Hader before, it was nothing compared to the chills that went up my spine after watching that man cooly and casually kill everyone standing in the way of becoming one of Gene Cousineau’s star pupils. The show was hot, the script was sexy, and the performance? Ripped, hunty.

Well, I hate to break it to everyone, but somehow, Bill Hader just got sexier. Last night at the Emmys, Hader pulled off some absolute king sh*t. He was one of the (extremely few) celebrities to attend the ceremony wearing a face mask.

We stan a King who keeps COVID in mind.

Bill Hader (seated next to 76-year-old Henry Winkler) is virtually the only person in the Emmys crowd wearing a mask. https://t.co/O2vx7xt38X

Is it just us, or did Bill Hader just say disability rights? Well, not quite: the reason for Hader’s adherence to mask etiquette is simple. He has an autoimmune disorder that makes him especially susceptible to COVID’s long-term effects:

this article explains he has an autoimmune disorder and has been consistently masking even on sets where no one else is https://t.co/b1Item2Rg0

This is why he’s often the only person wearing a mask on the “Barry” set. But Hader wasn’t the only one doing good at last night’s award show. Selma Blair’s presentation of the night’s final award, along with a broader commitment to making the evening accessible than we’ve previously seen at Hollywood events, was noted with pleasure.

Tonight’s Emmys ceremony is a win for disabled people.

Obviously, we still have a long way to go when it comes to making events accessible for everyone. And it’s certainly a step up from last year, where the makers of the Emmy-nominated film Crip Camp couldn’t even get onstage and had to file an ADA violation.

When you’re watching #Emmys tonight remember that they cared so little for disabled nominees that they had to file an ADA violation to have access. The stage was not accessible to the filmmakers of #cripcamp #cripthevote #DisabilityTwitter

Obviously, it should go without saying that award shows have needed to do better for the disabled community for quite some time now, and celebrating the one person who showed up wearing a mask is not the same as actually doing the work.

We shouldn’t be celebrating Bill Hader for being the single person wearing a mask in a packed room.

We should be asking why no one else was. And why the event was packed. And indoors. During a pandemic.

That said, thanks Bill, for the visibility anyway.

But we’re still pretty glad he showed up and showed respect.