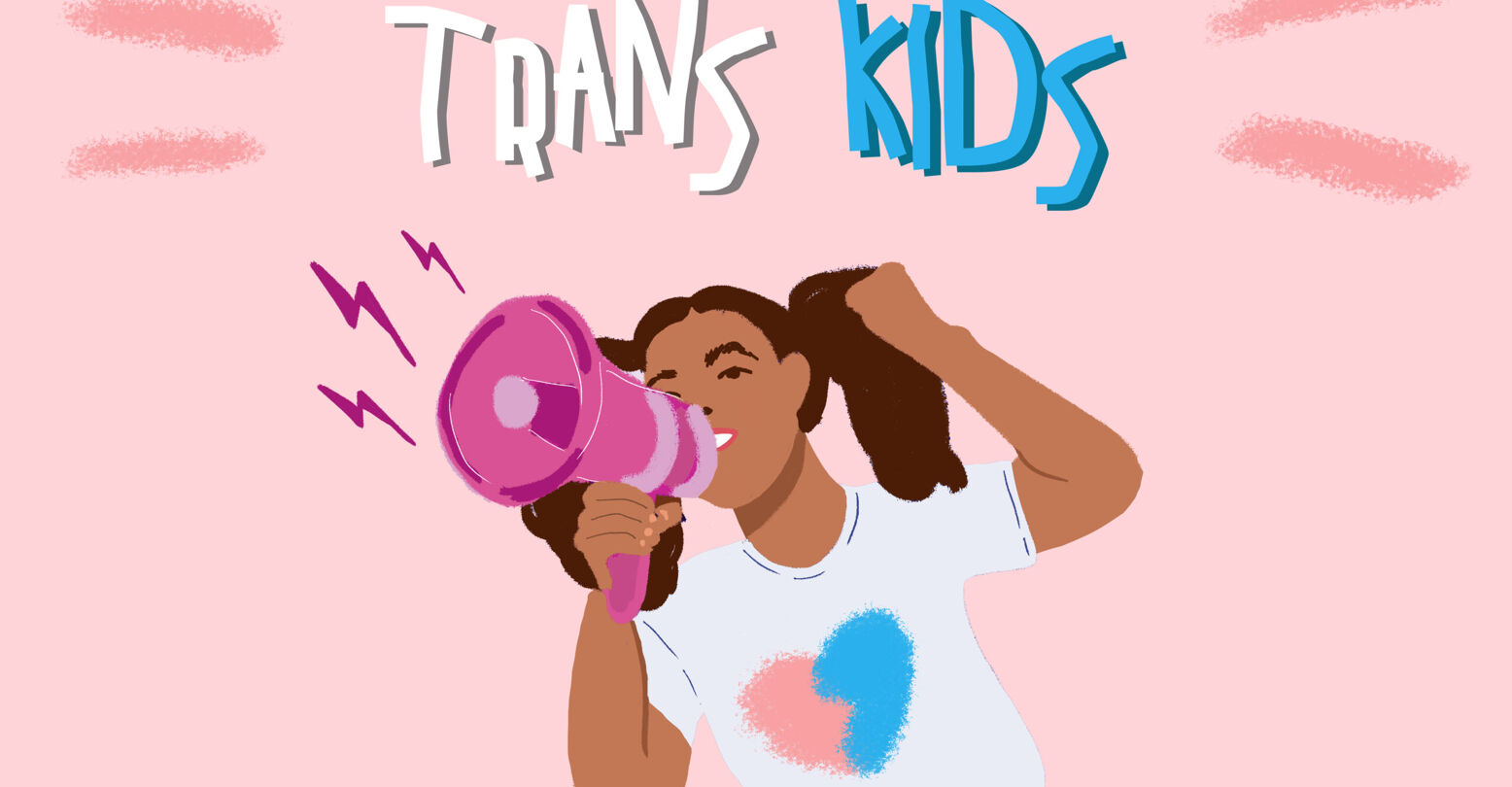 Trans rock musician Lenny Zenith took a long time to find a place where he felt safe. “I dreamt I was a kid desperately trying to find a state where my family and I could feel safe–and there were none left,” Zenith explained in a recent press release, “except California.”

Zenith was lucky to find gender-affirming care as a kid growing up in New Orleans. But today’s climate, in which over 15 states have launched targeted attacks on trans youth, is somehow even less hospitable. In Alabama, a new bill criminalizes gender-affirming care and the doctors who provide it, following Texas’s lead, a state in which parents who are trying to help their trans kids access care are under threat of investigation for child abuse. In Kansas, it’s now okay for teachers to misgender students in class, and in other states like Florida, Tennessee, and Louisiana, trans and queer kids are facing an intolerant environment in school.

It’s normal for trans adults to feel outraged, disgusted, and helpless right now. Lenny Zenith is using his art to do something about this wave of attack against trans kids and their supportive families. His new single “Where is Safe” premieres on Facebook Live on May 27th, 8-10 PM EST, at which time Zenith will talk with leading experts in trans civil rights and legislation to talk about protecting our youth.

100% of proceeds from the song’s premiere and downloads will go toward the ACLU, which is currently suing Texas Governor Greg Abbott, the state of Arizona, and other anti-trans factions in states across the nation that have decided to criminalize the transition of minors.

“I feel so deeply, deeply sad, fearful and angry for trans kids and the families that love them who are trapped in states where they are being targeted not only with such harmful laws, but the hateful rhetoric they enable,” Zenith said in a press release.