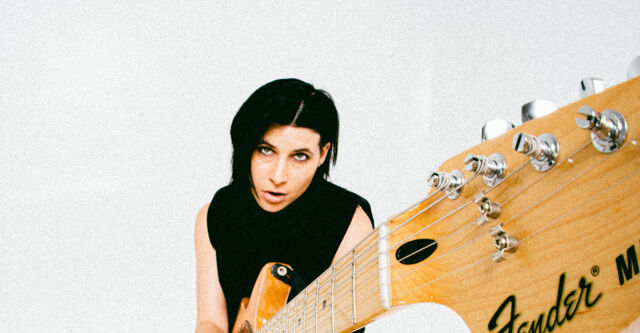 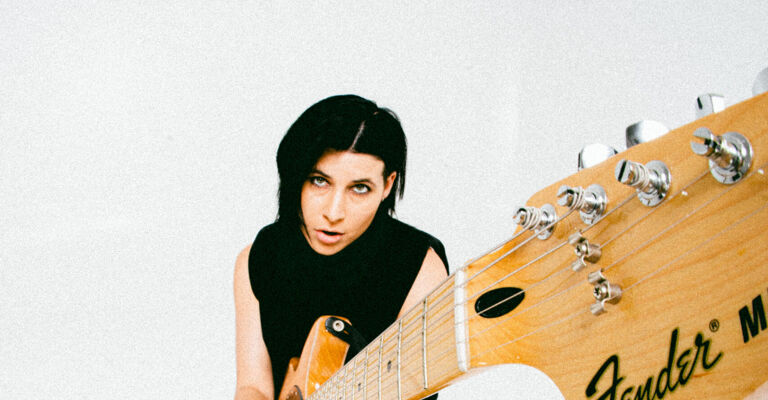 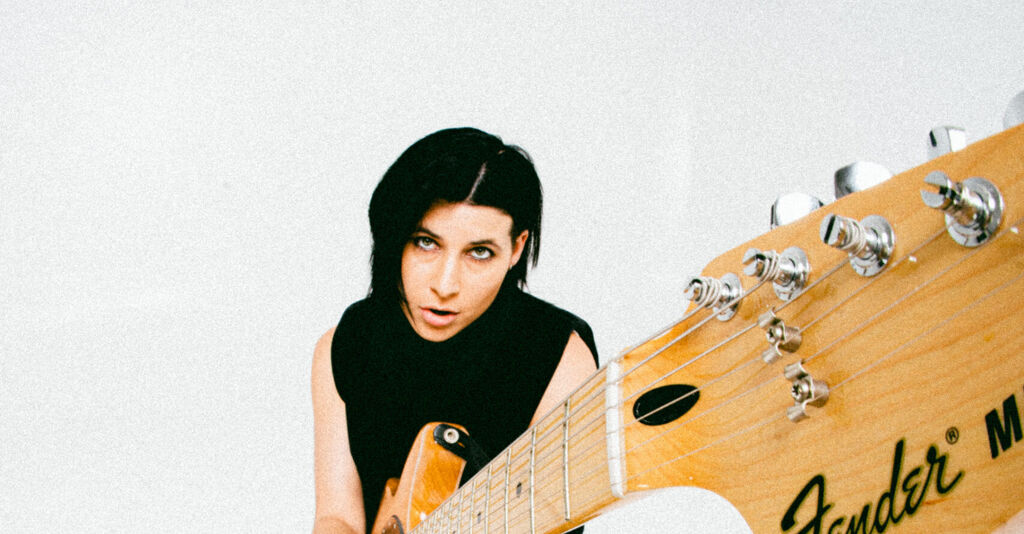 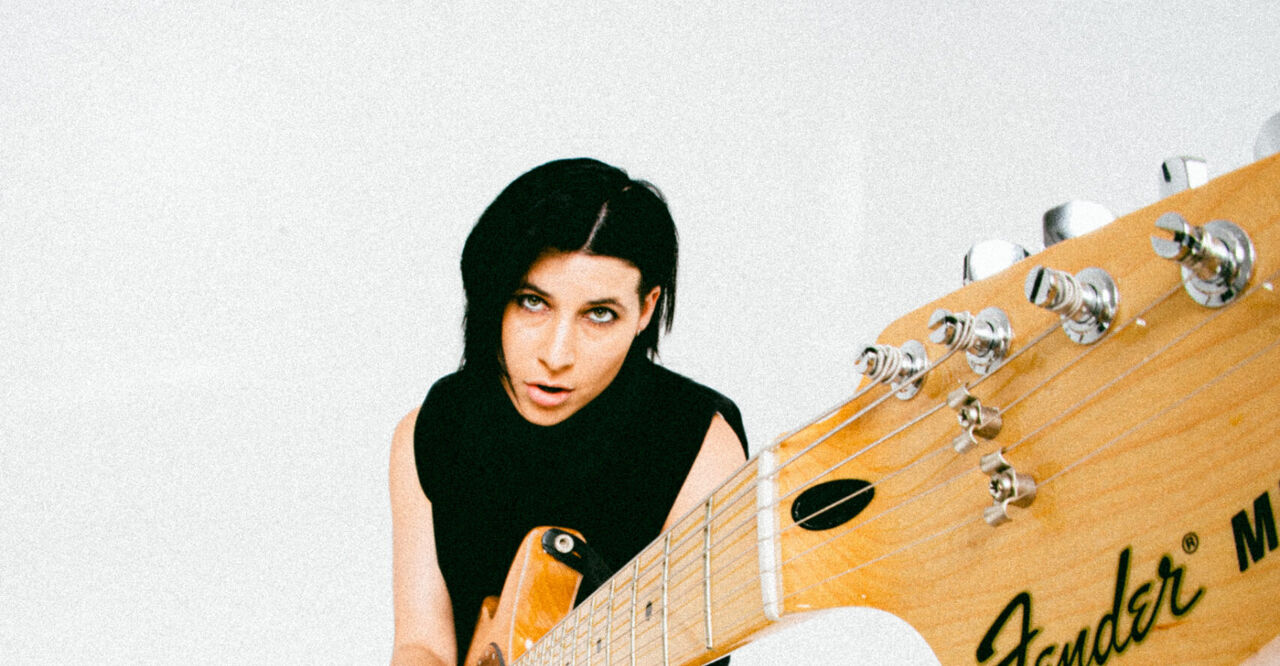 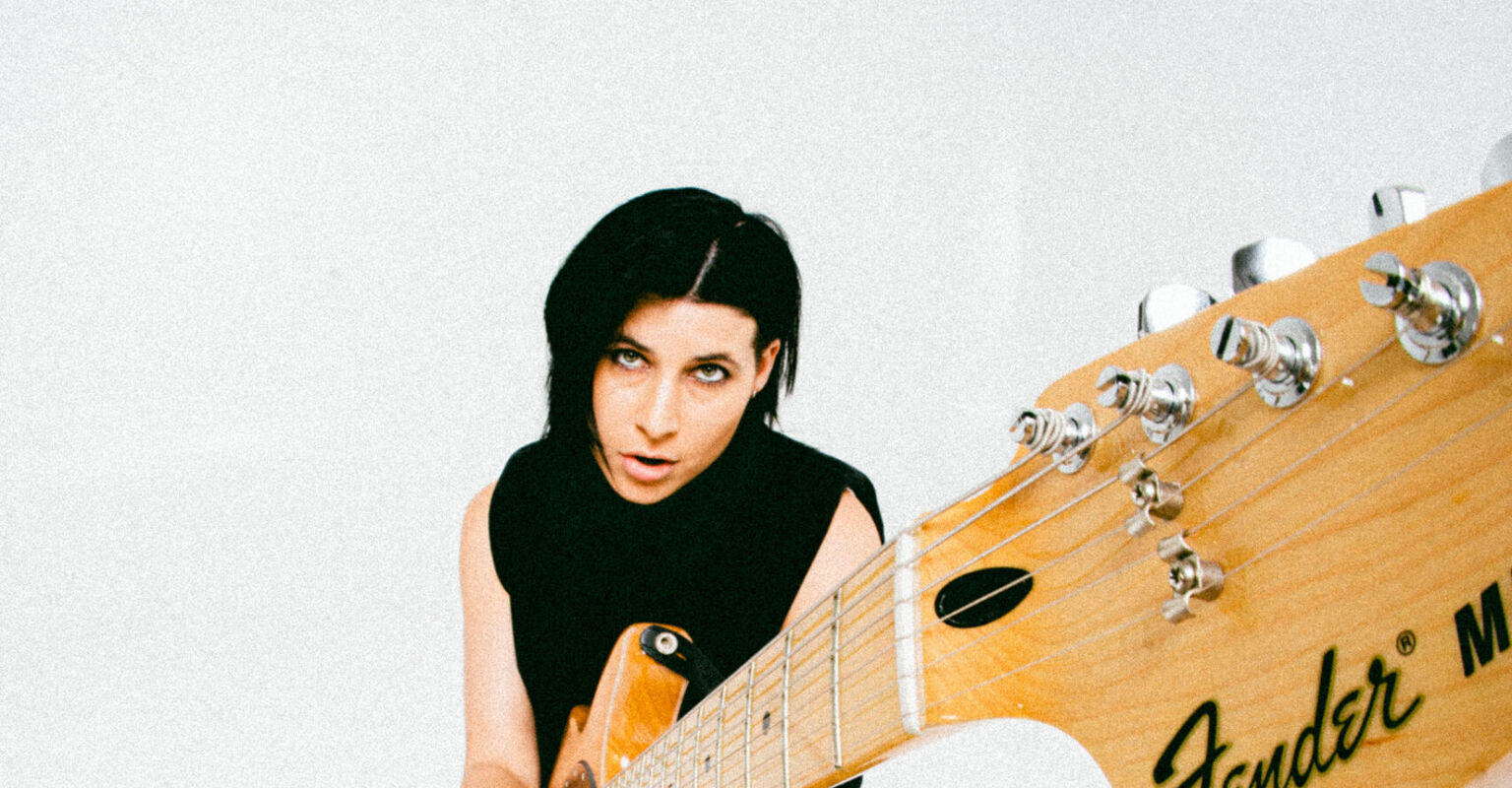 Alexa San Román grew up in the music industry. At 15 years old, the multi-talented musician joined rock band Love, Robot, first as a guitarist and then as the lead vocalist. From there, she formed the alt-rock duo Heirsound, putting out three EPs before disbanding.

Now, after a five-year hiatus, San Román is back, for the first time as a solo artist. Under the moniker SAN ROMAN, she’s exploring her identity as an individual, starting with her debut single, “Stay Where You Are,” off her upcoming album “Messy.” INTO sat down with San Román to talk the inspiration behind the song, breaking out of her comfort zone and channeling hard times into a killer album.

INTO: Hi Alexa! What’s the story behind “Stay Where You Are”?

SAN ROMAN: Basically, this song was the last one of my upcoming album. It kind of just snuck in at the end there. I picked up that new guitar that’s in the music video, which is the Ben Gibbard signature Mustang from Death Cab for Cutie. And the second I got my hands on it, I basically sat down and was noodling around and then started playing the chords. And all of a sudden, I was in that zone where the whole song kind of just fell out. And I was like, “Oh no, is it too late to get this thing on the album?” But I think I snuck it in right at the last moment.

The song itself comes from a place of dealing with people around you, whether it’s friends or family, that dump their trauma on you and expect you to pick up the pieces of their life. They’re not putting in any work, they’re not going to therapy, they’re not looking at themselves and figuring out what they need to change. That’s kind of a recurring theme around me and has been in the last couple years where I’ve been writing this album. I’m sure everyone can relate to such people around them.

Definitely. And speaking of your upcoming album, “Messy,” what other themes does it explore?

The last couple of years for me have been a really tough place. I stepped away from music for a while. And in 2018, I lost my grandmother, and that kind of was the spark of a few years of a really, really tough time where it was just death after death: different friends, family members, all my grandparents, in the span of a few years. So in addition to stepping away from music and my old bands and everything, I just kind of went into my own cave and was writing my own music by myself for the first time.

I had always been in bands, collaborating with other people. And this was a moment for me to take a step back, get back to my roots of why I started doing music in the first place, which is for my own therapy, an outlet and a place where I could go by myself and just write out what I was feeling, cry it out. Music has always been there for me in that way, so it was nice to just go into my own world, not really talk to anyone about what I was doing, and just write out my feelings as I went through all these things with my grandparents and my best friend’s father, all these people I lost around me during this time period.

The album is super focused on grief and coming out of that, as well as looking at my childhood and growing up and realizing I’m not a kid anymore. This album is definitely super emotional and inward-looking, and with a hint of sarcasm, because you know, at a certain point, you’ve got to laugh about it. It’s like, “Wow, this is really bad, but I’m just gonna watch a movie and call it a night,” because what are you gonna do?

I think a lot of people have been in that headspace the past few years, and not to be a pessimist, but things aren’t really getting better.

So yeah, you just have to start laughing! I want to touch a little bit more on this being your first solo project. How does it feel to finally be a solo artist after being a collaborator for so long, and how do you think that’s reflected in the music?

I grew up in bands. I was 15 when I joined my first band, Love, Robot, and that was something that I grew up through. It was very collaborative — it was very much me and a bunch of bandmates, and we’d all have band practice and write songs together and this and that. So my comfort zone was a group and bouncing ideas off other people. Being solo was something that I never thought of, because I was so used to being in groups, and I love that collaboration.

So I was in a band with a bunch of people. Then my next project was just a duo, me and one other person. And then after that, it was just me by myself. And I was like, “Okay, you know, I think it’s time for me to fully do this for myself,” because I had this thought of being 80 years old and looking back and realizing I never gave it a shot for just me to put my heart out there with no one else’s input. I know I would regret that if I never did it.

Amazing! And since you took a hiatus from music for about five years, was it intimidating coming back into the industry?

I mean, I’ve kind of been in the shadows watching, so it’s not like I was ever fully fully away. But it was definitely scary to start getting the ball rolling and doing all the things, like uploading the song to Spotify and seeing “Okay, your release is scheduled.” I was like, “Oh, wow. Okay, it’s been a while.” So I hope this goes well, and I am very, very excited to finally be back on the horse. It just feels like the most genuine stuff that I’ve written in a very long time, because it came from such a real emotional place.

What has the fan response been like so far?

It’s so interesting to see how many people that have been following me for the past few years piped up when I put music out. And that just encourages me and says to me, “Hey, if even one person is out there that connects to this, you’ve done something. You’ve made some kind of a difference in the world that helps somebody to get through something.” And that to me means the world.

And what do you hope that people take away from your music?

I hope that it can help them get through the same emotions. For me, when I am in an upset place and I put on my go-to music, I can tell that they were also in that place. And as much as some might say you shouldn’t sit around and wallow in it, sometimes you need that moment to just cry it out and to really feel that emotion and just let it out. And I can only hope that other people put this on and they’re like, “Yes, I’m going through this too right now. She said it exactly how I feel it.” And that’s music. That’s what I love about this. Right? That’s the whole point.

Yeah, storytelling. A really good song feels like it got into your brain.

Right! And circling back to the song and the album and the themes on it — for me, this has definitely been an album that comes from the heart and something that I am doing for me, and not really putting music into the world for anybody else, or for the purpose of gaining anything.

I’m just finally like, I have all this music. I just hope to get it out to the world so that anyone can connect to it. And that’s really as far as I care for it to go. Like I said, if it touches one person, it’s done something in the world. And for me, that’s what it’s all about.

“Stay Where You Are” is now streaming on all platforms. 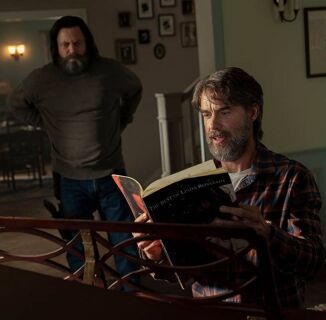