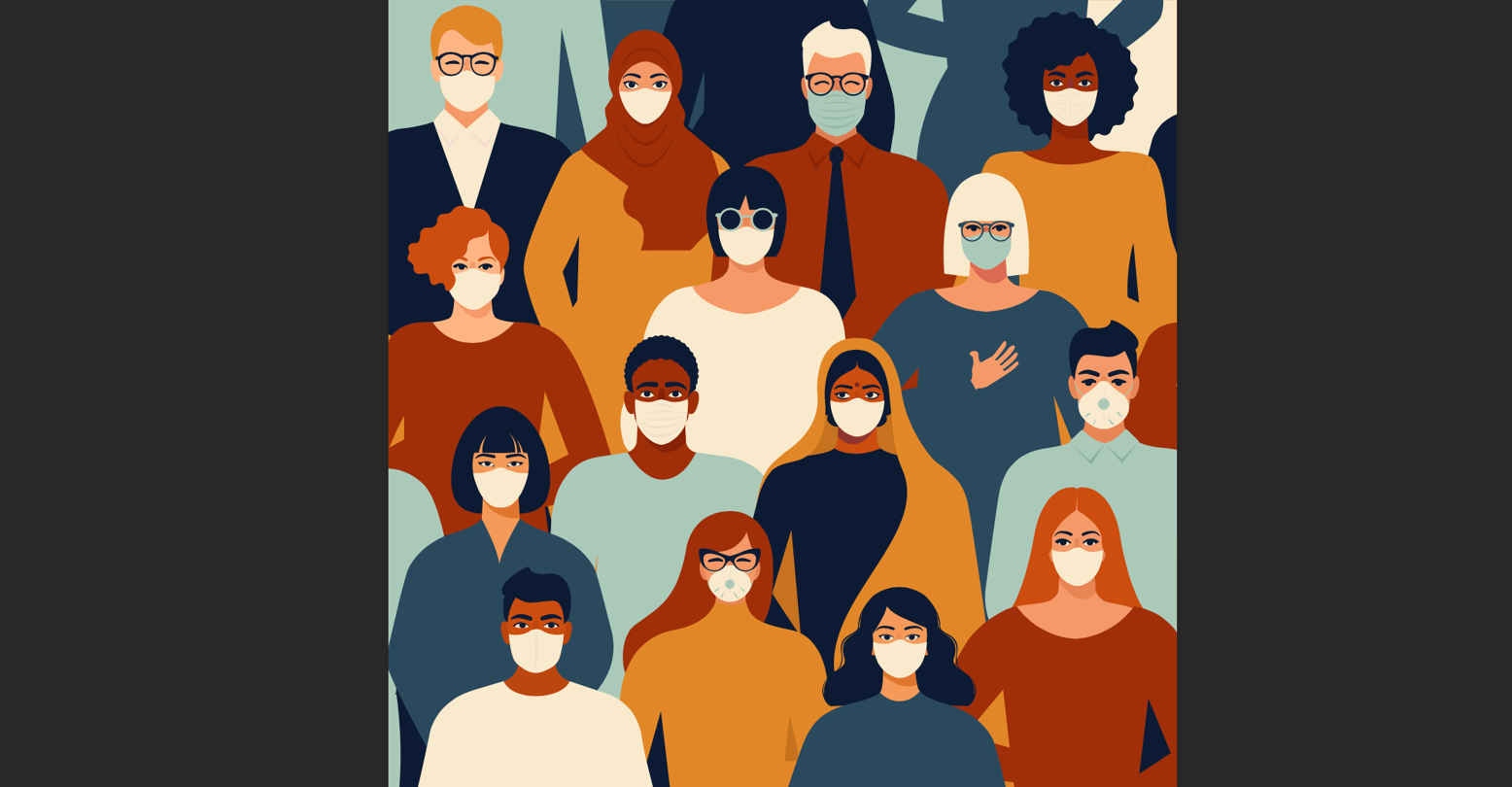 What do you do when a pandemic is raging and Twitter is flooded with SOS calls for oxygen cylinders, ICU beds, and steroids? Easy: get out into the dating scene.

I personally responded to the crisis by deciding to go on a date during the peak of the disastrous second wave in India, and ended up with a scratchy throat two days later.

Over next few days, all seven of us living in the house—me, my elderly parents, brother, his wife and kids—tested positive for COVID-19, running high fevers and battling fatigue.

The guilt of being the source of virus for my family, mixed with my fear of complications especially for my co-morbid mother, made me imagine the worst. But along with that, in the little moments of relief arose this desire to know why I acted so carelessly. How did someone like me, who has always been cautious about safe sex, turn weak-kneed at the worst possible time? Was it just stress of living in a lockdown, or gays do have a need for sex greater than straights, which makes them more vulnerable to health risks like COVID and HIV?

I feel sex is essential for me to feel connected and validated. However, this desire doesn’t find much expression at home. Many Indian families—mine included—tend to ignore homosexuality after disclosure, making queers withdraw and maintain secrecy. Such an arrangement is dangerous especially during the pandemic when many of us have moved back to live with our parents. Even though I am out to my parents and siblings, they never ask about my love life. This is in sharp contrast to just two years back when I was feigning to be straight and they were eager to know if I found any girl for matrimony.

How did someone like me, who has always been cautious about safe sex, turn weak-kneed at the worst possible time?

Even after I came out, my mother kept bringing matches of girls referred by relatives hoping that I might change my mind. My brother, whom I expected to be more progressive, asked if I would rather marry my best friend (who he didn’t know is a lesbian.)

This all-pervasive heteronormativity has been tough to negotiate. A couple years back, I stormed out of a wedding anniversary of a cousin when the couple games began. I realized that I would never be part of this celebration even if I had a partner because of social disapproval around same-sex relationships.

It’s tough to ignore the importance of a family in Indian culture. We look out for each other because government support is scant, despite high taxes. Queers are not allowed to marry, and it may take a long time for the support community in India to have cultural leverage similar to a heterosexual setup. Its embryonic semblance shrank even further during the pandemic, being restricted to webinar dates or video calls.

Conventional family spaces, though substantive, often make us feel left out. This alienation becomes more pervasive when you don’t have an independent living arrangement. The pandemic impacted the assertive capacity of LGBTQ folks here, as many of us are forced to live with homophobic families and can’t date to compensate for the lack of emotional support at home. Thankfully, my family did not reject my sexuality but they definitely avoided it. It felt like I never came out.

I have had three sexual encounters during the last one and a half years of the pandemic. I had known all of them for some time through chats and telephone calls which helped build trust that they are following some sort of safety protocols.

My family did not reject my sexuality but they definitely avoided it. It felt like I never came out.

My first pandemic date was with a doctor who came with a COVID-negative report, which made it easy to say yes. We went for a drive, and he suggested a place in the woods. We ventured in, kissed, and felt each other before I dropped him back at the hospital. The second date came at the end of the first wave earlier this year. G lives with his elderly parents and sanitized his hands every 15 minutes on our first date, much to my annoyance. He didn’t want sex, but he was keen on getting a full body massage. I jumped at the idea of connecting with a male body without sexual favors. And I love giving an oil massage. We had a good, sensual experience as my fingers sent ripples through his skin and a meditative instrumental score played in the background, allowing him to relax.

The third date was the most ill-planned. The second wave was at its peak when my brother and his family came to stay with us for a month. The already-restrained living felt more limited. I couldn’t find time for friends and had to attend to escalated familial duties. A cousin was about to get married in two days, the fact of which dominated all our conversations. The feeling of an oppressive heteronormativity became more intense. Now that I look back, I see that the third date was my escape, my rebellion against the denial of identity and a heterosexual family setup.

I jumped at the idea of connecting with a male body without sexual favors.

A. had just moved to my city and came with high recommendations from common friends. It seemed my wish for a long-term relationship could come true. But there was definitely a dilemma: Should I go out at a time when things are at their worst? He was living alone with minimal social interactions, my mind argued. Plus, he had a negative test report from a few weeks back. It should be safe, I thought.

I lied at home about an official meeting and drove to his place. We decided to keep it safe and went for a drive. An hour later, a connection was already established as he opened his heart to me. I had to drop him off at home, but went in for tea and biscuits. We sat in the courtyard and the muggy evening made him lose his shirt. I gasped. His stocky body and warm smile was inviting. We ended up on the bed, kissing passionately. My mind was frantically flitting between the risks of infection and the possibilities of love. It remained a half-hearted experience.

“You seemed too controlled,” A. texted me later that night.

“Yes, I was scared but also craved you,” I replied.

Even after my family tested positive after a few days, A. didn’t show any symptoms. He didn’t get tested, either. He felt guilty nevertheless at the possibility of giving me the virus. Yes, I had the most intimate time with him, which makes him the prime suspect, but the virus could have come from anywhere else.

Can I be absolved of risky behavior? No.

Am I taking refuge in my marginalized queer identity to rationalize and defend my actions? Maybe.

The only way I could deal with this guilt was to proactively care for everyone at home. Consulting the doctors, arranging medicines, scheduling tests, monitoring oxygen levels, ordering food and managing the house while dealing with my own mental and physical health was exhausting to say the least. But it was also cathartic, especially when all of us sailed through with only some minor hiccups.

The bigger issue, however, remained to be resolved: the only answer to that was to move out. Having an independent home set up would not only help assert my sexual identity, but also keep others safe from the repercussions of my bad decisions.

In past, I contributed to my own de-sexualization at home. Avoidance of discussion on love life after coming out is one of the strategies employed by us queers. A study done at Tulane University, Louisiana, found that lesbian, bisexual or queer Latinas used it to minimize rejection and preserve familial bonds. “Avoidance after disclosure strategy occurs when the respondents do disclose their lesbian, bisexual, or queer identity to family members and then become complicit with them in rendering the disclosure unheard. With this strategy, families and participants choose to separate the sexual nonconformity completely from family life,” the study explained.

Sex talk has always been a tough cookie to swallow for Indian families, and homosexuality scores much higher on the awkwardness quotient. But we know the only answer is to keep pushing.

A friend who faced a similar dilemma made it a point to talk to their family about it. Whether it’s the need to refuse heterosexual marriage, have a live-in partner, or announce his recent engagement, he discusses all topics with his parents. “I refuse to be other-ed. Some of my friends say I am being harsh on them but if my parents know about what’s happening with their straight children and grandkids, they need to know about me as well,” he said. “I update them with all the news around gay rights. They did not respond well initially but now it has become a routine. Recently, my father told me the news about the court judgment that banned conversion therapy. To think that he didn’t talk to me for months when I came out, it’s a big turnaround.”

I, too, mustered the courage to tell my parents that I will be moving out of the home. Indian parents are quite used to their kids moving out for work, but it’s a different matter when it’s in the same city and not for professional purposes. Mostly it’s to do with economics and the desire to be taken care of in old age.

“You will spend too much on rent and food while this big house will remain underutilized,” my mother said.

“But I need to be able to live independently,” I replied. “And it will be safer for you because I need to go out for work.”

“I don’t see any logic in this,” she said. “We can partition this house to ensure physical distancing.”

“I need to look for a man which isn’t possible while living here,” I finally muttered.

My parents were silent for a while before my mother asked, “Is there someone?”

“Not yet, but living independently will increase chances of finding someone.”

They agreed, reluctantly. It’s not perfect progress, but it’s progress all the same.

Lightbug is a story collector who daydreams about a homo-normative world. He is on Twitter at @gaylores