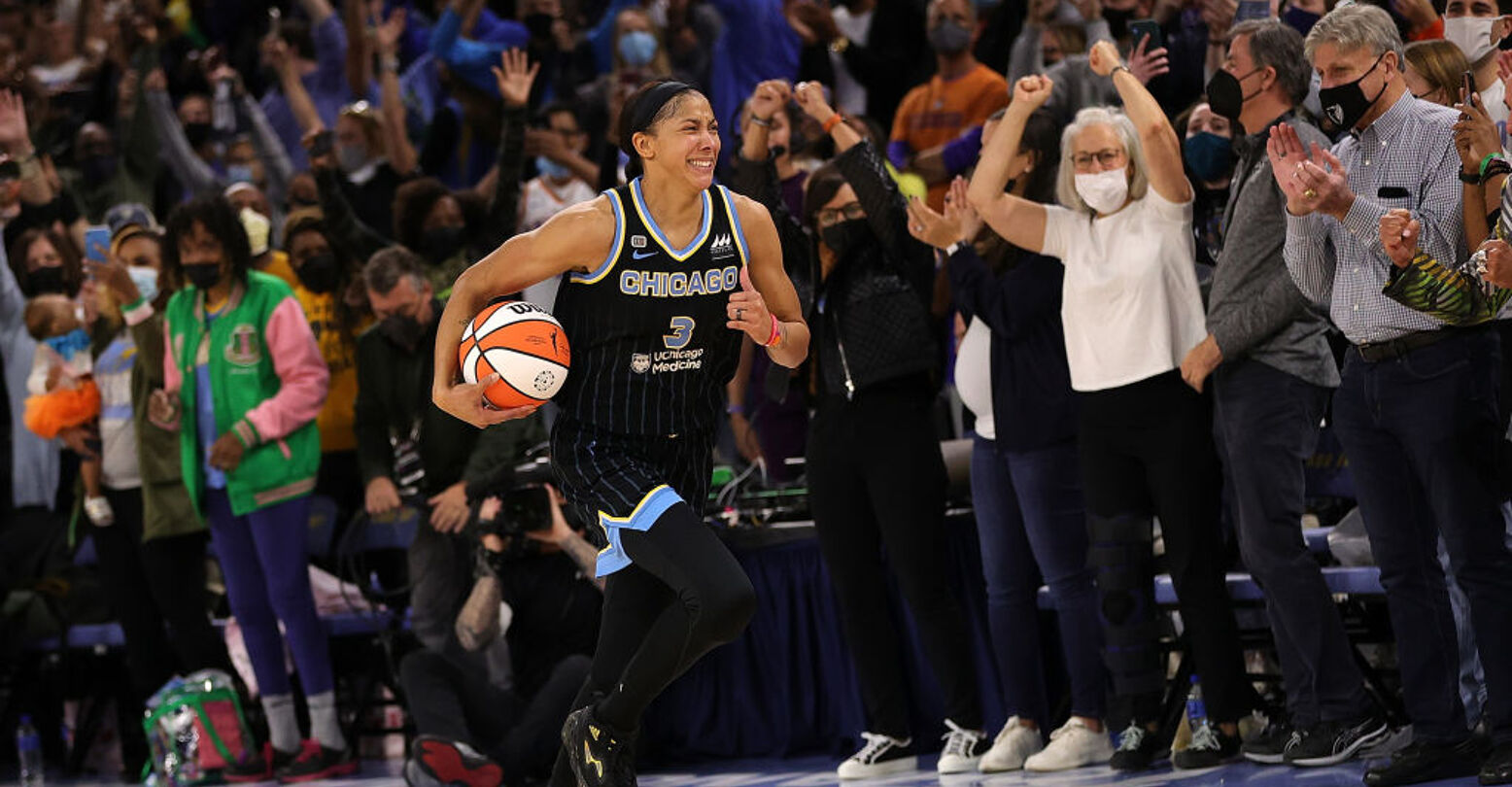 The recently out WNBA star Candace Parker has just been awarded The Associated Press’s Female Athlete of the Year for the second time. She adds this most recent award to her two Olympic gold medals and two WNBA championships.

Her first Female Athlete of the Year award came in 2008, following her rookie season with the Los Angeles Sparks. This past year, she was traded to her hometown team, the Chicago Sky, leading them to their first ever championship win.

“There was something about going to where you started playing the game,” Parker told the AP. “It’s exciting to play in front of the people who first saw me pick up a basketball. To win at home, I’m just now recognizing it a little bit. How special that really is. Something that is top on my list.”

The road to this year’s championship was far from easy. At the start of the season, Parker had to sit out due to an ankle injury, and the Sky lost seven out of their first nine games. Conspicuously, once Parker was off the bench, they started winning again.

Following the news, Parker made it clear that the success was not hers alone but stemmed from the support of her wife and daughter. “I’m really thankful for those who made my journey and the people who supported me making it as smooth as possible,” she said. “My daughter, my wife, my immediate family, we rolled with it. We wanted it. Things are going to get hard, but stick with it.”

WNBA Commissioner Cathy Engelbert added, “You couldn’t write a better story than the one of Candace Parker bringing the WNBA championship to her hometown in her first season with the Chicago Sky. On top of her accomplishments on the court and in the studio, she has continued to be a leader and role model to many, including working moms around the world.”

Parker is the only WNBA player to have won Athlete of the Year and the third female basketball player overall—after Sheryl Swoopes in 1993 and Rebecca Lobo in 1995. She sees the accomplishment as more than a trophy for herself but as recognition that attitudes towards the WNBA are changing.

She explained, “The more visibility we get as a league, which seems like it is coming, the more we’ll see. If you see it, see … more and more talented players … that are capable and deserving. This next wave of athletes that are able to have their career followed from the time it starts till the end are going to change the face of the WNBA.”