Hey listen, I never thought I would take a trip to Baltimore (on purpose), and actually like it. It’s not that I had a preconceived notion about the city, but it just was never on my radar.

But with its close proximity to cities we love (NYC, D.C., Philly), a weekend escape to Baltimore is actually worth exploring. What once was a city tarnished with a bad reputation of being crime ridden, Charm City has cleaned itself up and is quickly rebranding itself as a more visitor friendly destination. 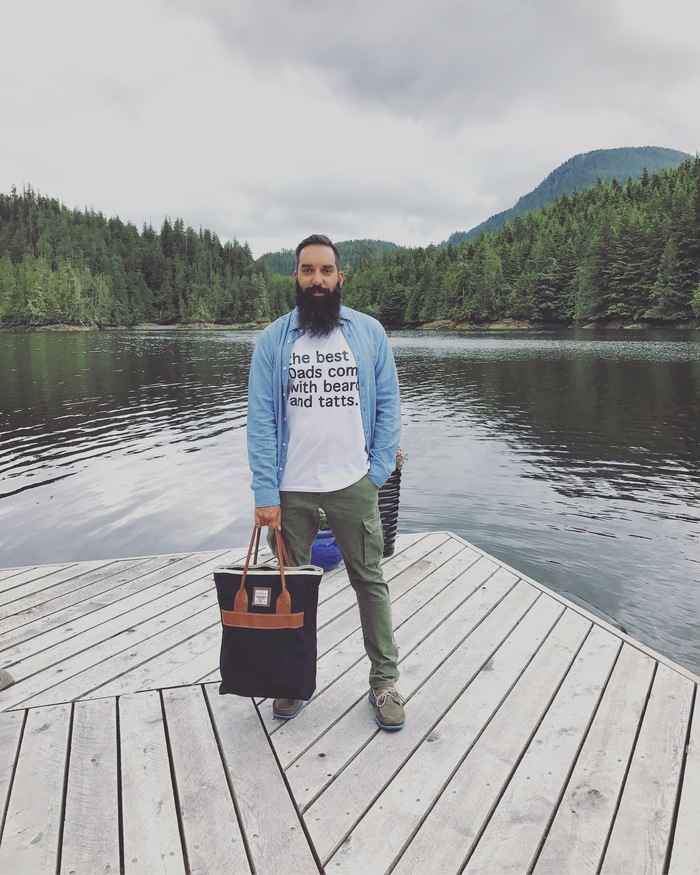 My first stop on my Charm City tour was the American Visionary Art Museum, a most odd collection of absurd art. The official museum description says, “the museum specializes in the preservation and display of outsider art,” with outsider being the key takeaway from that statement.

It’s one of those places that one can get lost in while easily questioning what they are actually seeing. In one of the exhibition rooms, I found myself surrounded by a larger than life works of art. The one that caught my eye in particular, was a 10-foot statue of the famous Drag Queen: Divine. “Divine” has a permanent home now at the AVAM, and is a showstopper, to say the least.

The gift shop was also a great time waster, as it’s filled with nothing but treasures and upstairs, in the main building is Encantada, a gem of a restaurant that focuses heavy on healthy eating, so expect lots of veggies and vegan/vegetarian options, although they do also serve more traditional options as well.

When traveling through domestic cities, I always try and find the best barbershop, since they are so on trend and it’s always fun to compare different shops around the country. I remember asking around and each time I did, I would always get the same referral, so I decided to carve out some time for a visit.

Opened in 2005 as a four-chair grooming shop, and reimagined in 2015 and reopening as a one-stop destination for those who appreciate the finer things in life, the QG can easily fill up an afternoon. The 6-floor classic department store includes a barbershop, tailor, clothing retail for both men and women, a cigar shop, spa and even an unpublicized speakeasy on the top floor with a food menu to pair with the extensive bar list. Of course I started my experience at the bar, with a stiff drink, while I waited for my barber.

When it was my turn, I was so pleased to see that that my barber was a female. This (besides the bar) was a good indication that this was a more progressive barbershop. After gabbing about our favorite pop songs currently on the radio and once my fade was beyond fixed, we made plans to meet up later that night, as she revealed to me that she was a lesbian and also moonlights as a bartender, so it was a match made in heavenas I love drinks and lesbians. 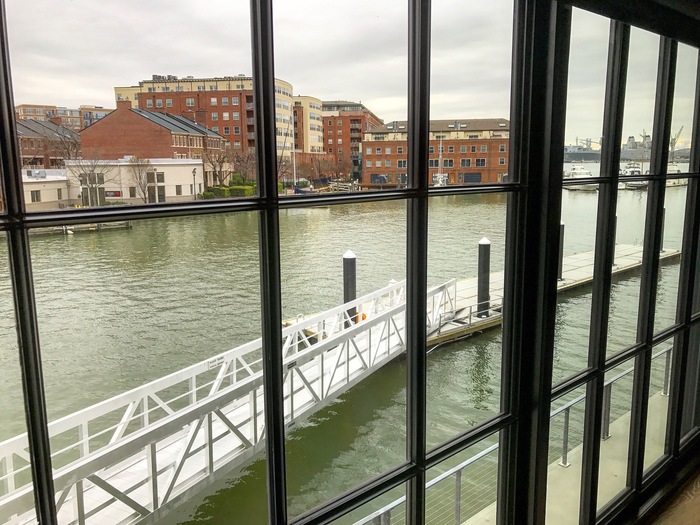 Needless to say, that evening was a success, as she was able to show off her barbering skills to her friends at the bar, while I enjoyed deeply discounted cocktails.

A visit to Baltimore wouldn’t be complete without a trip to the Hampden neighborhood, which once was a blue-collar mill town that has since risen as the epicenter of Baltimore hipsters. Made famous for its starring role in John Waters’ films and known as the place where everybody calls you “hon,” the centerpiece of Hampden is 36th Street, where you will find original shops, cafes and lots of randomness.

Café Hon is must and easy to spot, just look for the massive pink flamingo. For some really cool gift shopping, head to Brightside Boutique, it’s the kind of place where all the knickknacks sold will somehow speak to you, as they are all really kitschbut it also has stylish on-trend clothing. And if you have ever written fan mail to John Waters, you know that all his fan mail goes directly to Atomic Books, a much needed and iconic bookstore with a bar in the back. 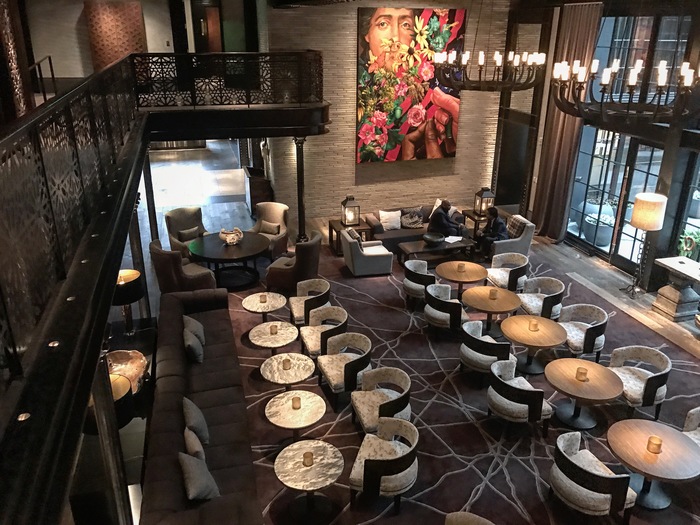 During my time in the city, I noticed that a lot of people had the same tote bag, it was a stylish one, so of course, I had to have one. Turns out, the bag is a local favorite and is also locally made. Inspired by their hometown of Baltimore and their surroundings, the owners sought out to create a product that could carry the goods of the traveling craftsman, made strong enough for delicate iPads to heavy hand tools.

The Treason Toting Company has expanded beyond the tote bag, and now has a storefront, making it convenient to see their products and spend some money. My bag has traveled the world with me and always gets me some compliments, so I’m definitely happy with my purchase. I’m currently saving up for the matching backpack.

Where I Stayed: The main reason I decided to head to Baltimore was to check out the new Sagamore Pendry Baltimore, which recently opened (late March 2017), and is part of a new luxury brand that comes from Montage International. This is their second hotel in the new collection and it’s a much-welcomed addition to Baltimore. What once was a dilapidated pier and community center is now a beautifully restored masterpiece, and the hottest ticket in town, for both rooms and dinner reservations. 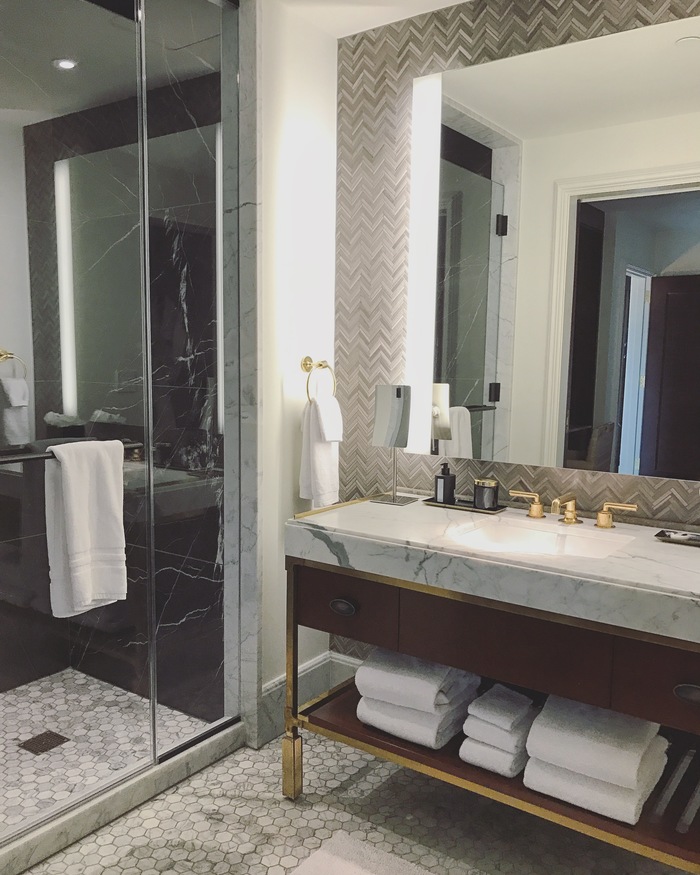 The 128-room property is just stunning, and the finishing details and artwork will have you mesmerized. The handsome décor is paired with a well-trained, top-notch, 5-star staff, which are always all smiles and eager to ensure everyone is having a great stay. The Rec Pier Chop House is the centerpiece of the hotel, and offers a progressive, seasonally focused menu. Additionally, the hotel has The Cannon Room, an American whiskey bar.

The hotel’s outdoor pool has cabanas, a restaurant/bar and is set right on the waterfront on the Inner Harbor, offering panoramic views of the harbor, marina and city skyline.