Our neighbors to the north were never of particular interest to me growing up, as we weren’t really taught much about them in school. Canada was always just a big place that supposedly was filled with extra nice people. Geographically, I didn’t spend much time understanding how massive the country and its territories are, and how close the great unknown was.

Over the years I began to take single city trips up to visit, with Toronto and Vancouver winning my attention, later followed by Montreal, which is the city that sparked my curiosities with Canada even more, mostly because it felt like a country inside a country.

This year, I dedicated a large portion of my time to take several different types of trips to Canada. I returned to Montreal for the winter festivities, spent a week in Toronto for pride week, and explored British Columbia including the Gulf Islands, Victoria and a special weekend chasing Grizzly bears in Nimmo Bay. Then there were the bigger trips. I spent two weeks driving through all of Alberta during the winter, chasing the best powder, and even walked across a frozen Lake Louise from shore to shore. Over the summer, I joined an expedition and sailed through the Northern Passage and visited Inuit communities that seemed isolated from the rest of the world, although the massive glaciers and icebergs that surrounded them almost made up for their remoteness. I ended my year of Canada with the ultimate train trip across the entire continent, beginning in Halifax and ending in Vancouver, which provided me the privilege of seeing the colors of the fall foliage while passing from province to province on a bumpy luxury train.

The magic that is Canada is just above us, and it feels as if a whole new travel map has been opened up right in front of me. The difference between the provinces are incredible and although I spent a chunk of my year up north, I still crave more, mostly because there is still so much more to see. (Pro-tip: Keep it Canadian and flyWestjet. Splurge for WestJet Plus, a premium economy experience with extra legroom as well as elbowroom as each middle seat is blocked off.) 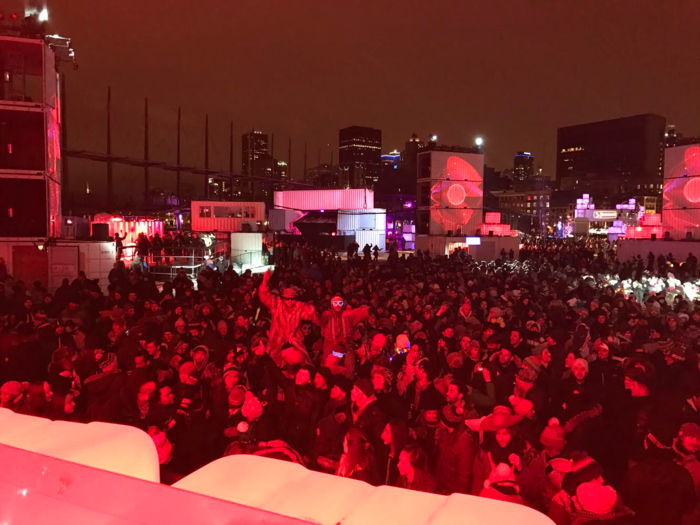 Montreal is cold during the winter, and they aren’t shy about it. Instead of closing up and hibernating, the city actually comes alive and has an abundance of season-specific activities, festivals, and parties to bring in tourism while embracing the cold.

My main attraction for flying to Montreal during the dead of winter was Igloofest, which celebrated its 10th anniversary in 2016. The Old Port fills up with folks from all over the world, dressed in their best winter clothes, to dance and party to sounds of international artists and DJs. I hadn’t been to any electronic dance music parties or festivals in years, so I was looking forward to reliving my past lives (my youth) dancing with strangers until late. I’m not going to lie, it was freezing, and the snow was coming down on top of us, but it was pretty spectacular. Also, there’s an indoor VIP area with warm drinks, so that helped. 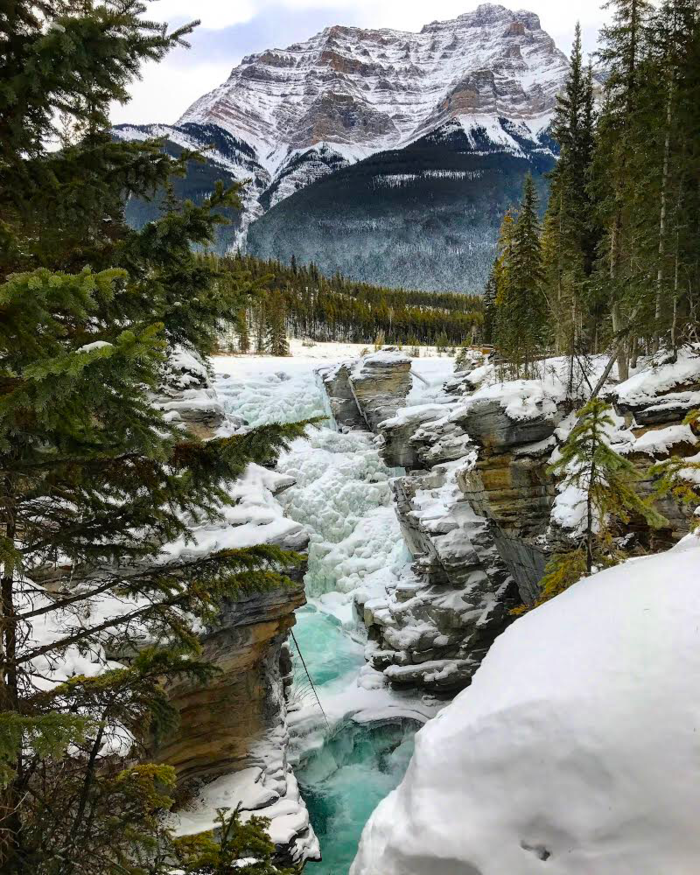 For lovers of winter sports, Alberta is probably already on your radar.

I personally didn’t know much about it until I signed up to road trip through the province with my Canadian bestie who was convinced that we would have a good time, which she assumed correctly. My only caveat with spending two weeks driving around in the freezing cold was that our accommodations were full on luxury, and so we booked our entire trip at different Fairmont properties in Alberta.

The trip started in Edmonton, where we checked out the Ice Castles, which are literally large castle-like structures made of ice and lit up by LED lights. Fairmont Hotel Macdonald was our home for the time there and the trip led us to Jasper National Park (Fairmont Jasper Park Lodge) where we kept pulling over to take photos of the incredible landscapes, and also might have picked up a young European snowboarding hitchhiker. Lake Louise (Fairmont Chateau Lake Louise) was where I trekked across the lake from end to end and bravely went snowshoeing at night, looking for predator tracks. And in Banff (Fairmont Banff Springs) we shopped, ate, and hit the powder.

Our trip concluded in Calgary (Fairmont Palliser, Calgary) where I was most impressed with the vibe of the citylots of beer, killer restaurants and a hipster-ish attitude that made me feel at home. 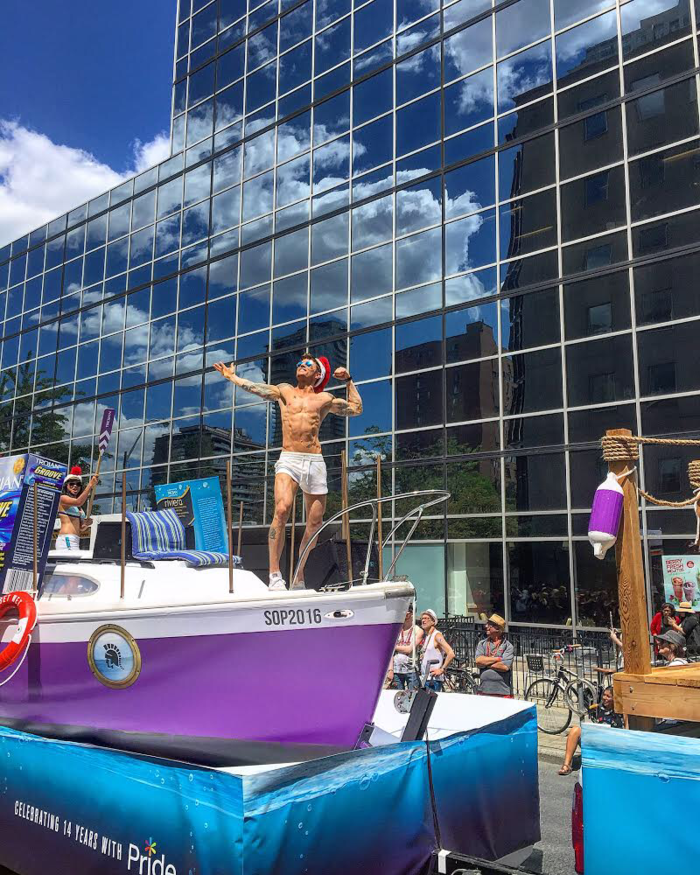 I’ve never been much of a Pride parade type of guy, butToronto Pride definitely appealed to me, mostly because there was a chance of seeing Justin Trudeau, which fortunately came true for me. Oddly enough, he was checked into my same hotel, so I was able to get a really good glimpse before the parade, where, once again, I was able to let my true fangirl screams come alive.

But beyond objectifying Canada’s Prime Minister, Toronto truly comes alive for Pride, and if you aren’t big into Pride for whatever reason, and are even slightly tempted to possibly attend one, this would be the one to go to. Even once all the festivities and parties are done and over with, you’re in the city during one of the best weather months of the year. 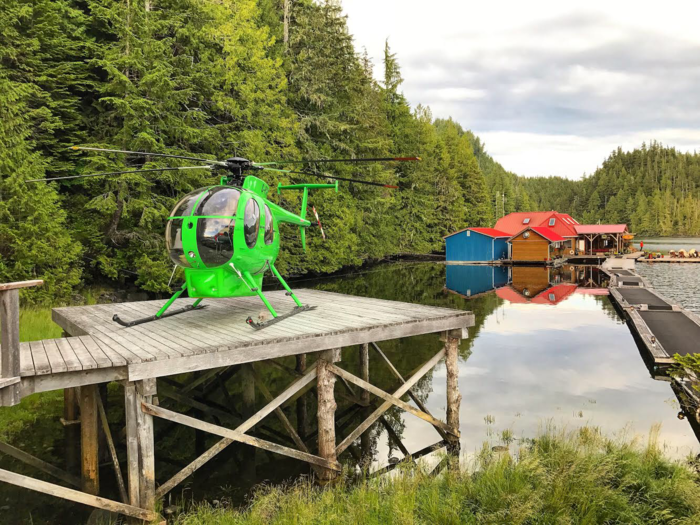 I think I spent the most time in British Columbia this year. Victoria in Vancouver Island is one of my favorite places up north, as well as the Gulf Islands that are nearby. TheFairmont Empress on Victoria alone is worth a trip, especially after their massive reinvention that has left the hotel even more glamorous than before. And it was actually on a trip to visit the hotel that I extended my time in B.C. for a wilderness adventure I didn’t know I needed. I think there’s an inner lumberjack within my soul, and after this particular trip, I was convinced that I needed more forest in my life.

Nimmo Bay Resort is an intimate family-owned and operated resort in the middle of the Great Bear Rainforest in British Columbia. What once was one of the premier fly-fishing lodges in this part of the world has been transformed into an extremely private luxury resort. Getting here is not easy, but it’s all planned for you at time of booking. Its remote location is only accessible by seaplane, helicopter, or yacht. Once there, the staff will spoil you and make sure that you get to do whatever it is you want to do. We spent a day tracking grizzly bear tracks, which included a private picnic on a bridge overlooking a river. Another day we spotted humpback whales and pods of dolphins that swam right next to our boat, letting us get arms reach away from them.

Back at the resort, which is only has nine cabins, the kitchen staff will make your tummy happy with incredible gourmet options and possibly the best homemade cookies and ice cream on earth. 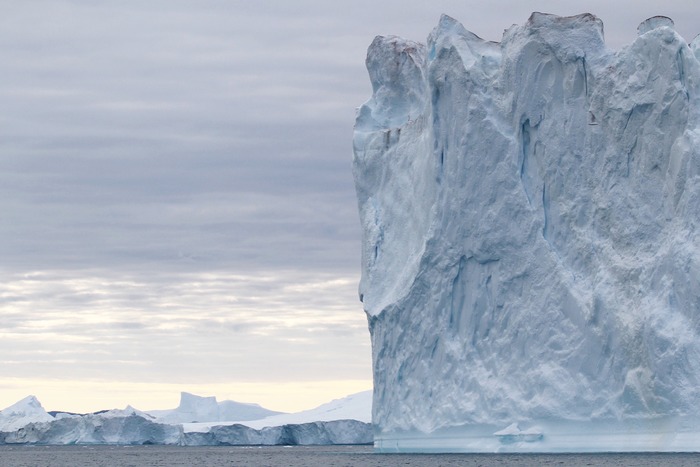 Starting at the top,Adventure Canada was my choice for visiting Greenland and the Northern territories of Canada. Their expedition style cruise was on the educational side, with daily lectures by incredible guest speakers throughout the journey. Each time there was a landing, there were experts on the ground to answer all your questions and enlighten you about what you were seeing. The ship itself was spacious, accommodating fewer than 200 passengers, with a variety of room options from bunk bed sharing to suites.

With an expedition, the daily schedule is more of an outline or suggested schedule as weather does occur and changes are to be expected. While we did have a couple changes to our original plan, the crew was quick to make it appear as if the change was planned all alongthat’s how professional they are. The most spectacular part of this trip outside of the nature (polar bears) and beauty, was getting to visit small Inuit towns and villages, where we were kindly welcomed, and getting to see how they livedeye opening for sure. 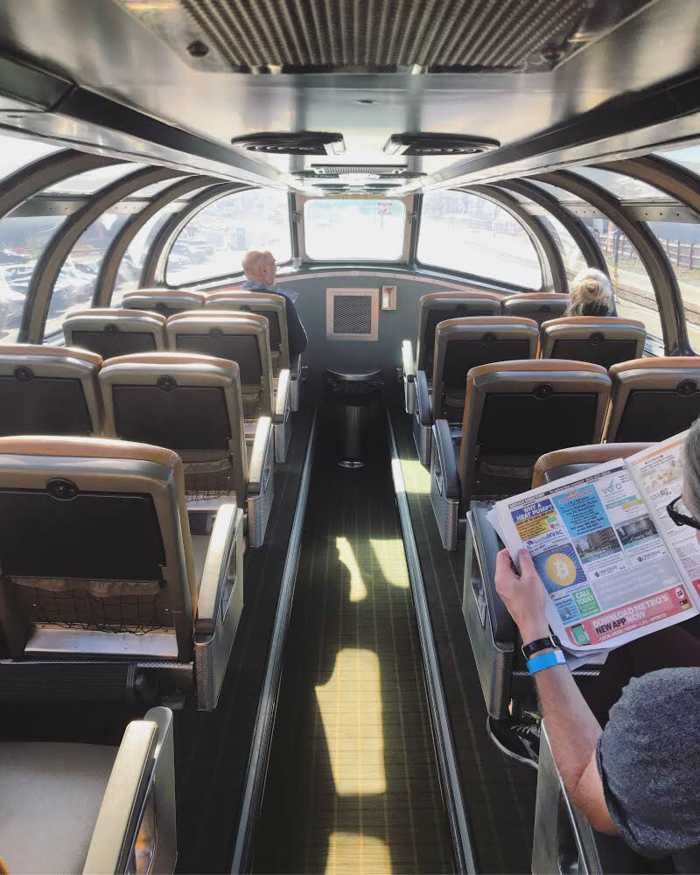 There’s something pretty spectacular about train travel that can be so inspiring and relaxing for the right traveler. From majestic natural landscapes to skyscrapers in bustling cities, Canada isn’t short of things to see, and an incredible way to see it all (or most of it) is by crossing the entire continent by train. Speed and punctuality aren’t synonymous with train travel, and that’s what makes it such a unique experience. What’s the rush?

Traveling by train is an adventure, one that should be planned carefully but with an open mind, because unexpected delays can occur at anytime during the trip. During our trip, we had a hiccup or two, butVIA Rail was quick to come up with solutions pretty quickly. The company also offers different classes of travel for their various rail lines, making the trip possible for virtually anyone. The sleeper cabins are pricey but worth it.

Planning a cross-continent rail journey isn’t an easy task, and thankfully VIA has specialists available to help. Additionally, they offer pre-planned trips for those who prefer to just pick a package and go. But for the more adventurous types, like myself, each segment can be booked individually to create a more personalized experience, allowing you to spend more time off the train and in different cities.