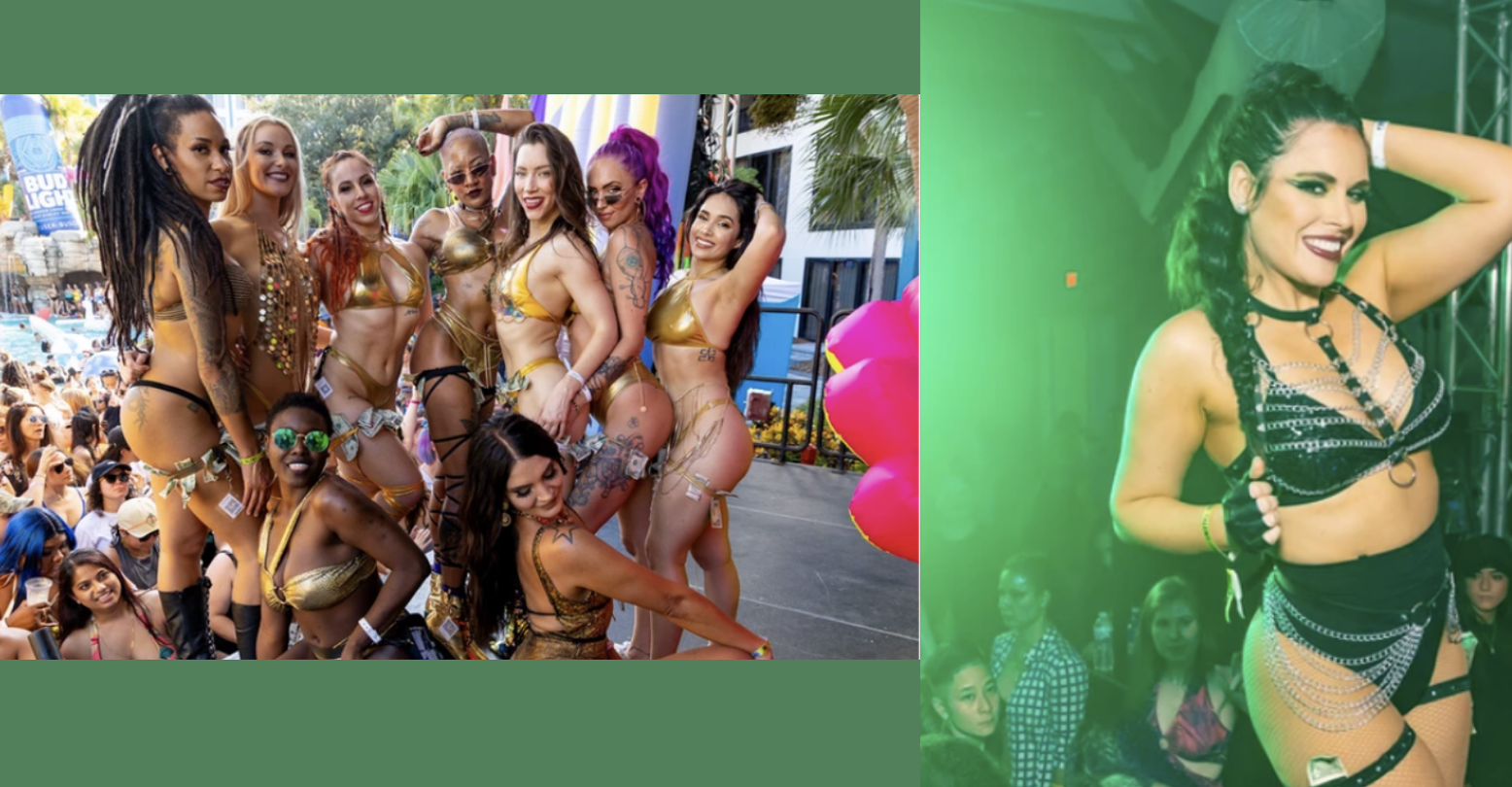 These are only a few of the highlights that make Girls of Wonderland (GIW) one of the most unique experiences and a rite of passage for so many people.

Each year, thousands of members of the LGBTQIA+ community flock to the city of Orlando, Florida, to celebrate freedom, creative expression, forging memories that follow them for the rest of their lives. It’s an experience that celebrates and embraces sexual choice in an open-minded, fun environment where anything could happen.

This year’s celebration was highly anticipated, and, as a longtime supporter of the event, changes were anticipated. To that end, the emphasis on public health and responsible guidelines were set in place from the start to ensure a fun and safe experience for everyone.

Instituted nearly two decades ago, GIW has attracted mainly the international lesbian community, though it is a safe and welcoming attraction for all. Attendees have traveled from more than 15 countries around the world including Canada, Sweden, Britain, France, Germany, and countless others who have made it their annual pilgrimage.

After nearly two years of delay spurred by the COVID-19 pandemic, GIW reopened its doors at an unprecedented fall time celebration with its headquarters at the Grand Orlando Resort at Celebration, Florida. The event took place between October 14-18, with activities sprawled all over the city.

Immediately before picking up tickets at will call, all guests had to provide full vaccination records with their photo ID, or a negative COVID test result. For those who didn’t want to play by the rules (and took to social media to complain), they simply were not able to partake.

These guidelines were communicated across the board by Pandora Events, the powerhouse lesbian event production company behind it all. Helmed by Amy Alonso, Alison Burgos, and Yesenia Leon, this group has led countless successful events all across the state of Florida and beyond.

The group, based out of South Florida, has produced some of the nation’s hottest soirees including Shedonism in Las Vegas, Aqua Girl in Miami Beach, Women’s White Party, and the official women’s events of Atlanta Pride and Charlotte Pride. They also produced monthly themed parties spanning from Miami to the Palm Beaches.

From day one, their organization has touted the mantra, “partying with a purpose,” supporting countless nonprofits and resources for the queer community. Some of these initiatives include the National Center for Lesbian Rights, the Aqua Foundation for Women, as well as HRC, Save Dade, National Voices for Equality Education and Enlightenment, and the National Gay and Lesbian Task Force.

GIW is a four-day-long series of concerts, comedy shows, after parties, and even celebrity appearances. Some notable talents from past shows included Nina Sky, Snow Tha Product, Stephanie Rice, cast members of the Tila Tequila Show, and countless others.

This year, attendants benefitted from in-person encounters with Haley and Murphy from Tampa Baes, a new Amazon series featuring women in the Tampa Bay lesbian scene, as well as Arienne Mandi, who plays Danie Nunez on the rebooted series The L Word: Generation Q.

Pandora Events is already planning their next GIW event to take place from June 2-6, 2022, giving plenty of time to recover and get ready for the next adventure.

“Girls in Wonderland is one of the main events I look forward to all year,” said Darjo T., a guest checking out at the hotel lobby, sadly dragging her luggage behind her.

Her friend, Valla P., piped up immediately. “Me too! I’m just glad we don’t have to wait so long for the next one. I’ll be back in June!”♦