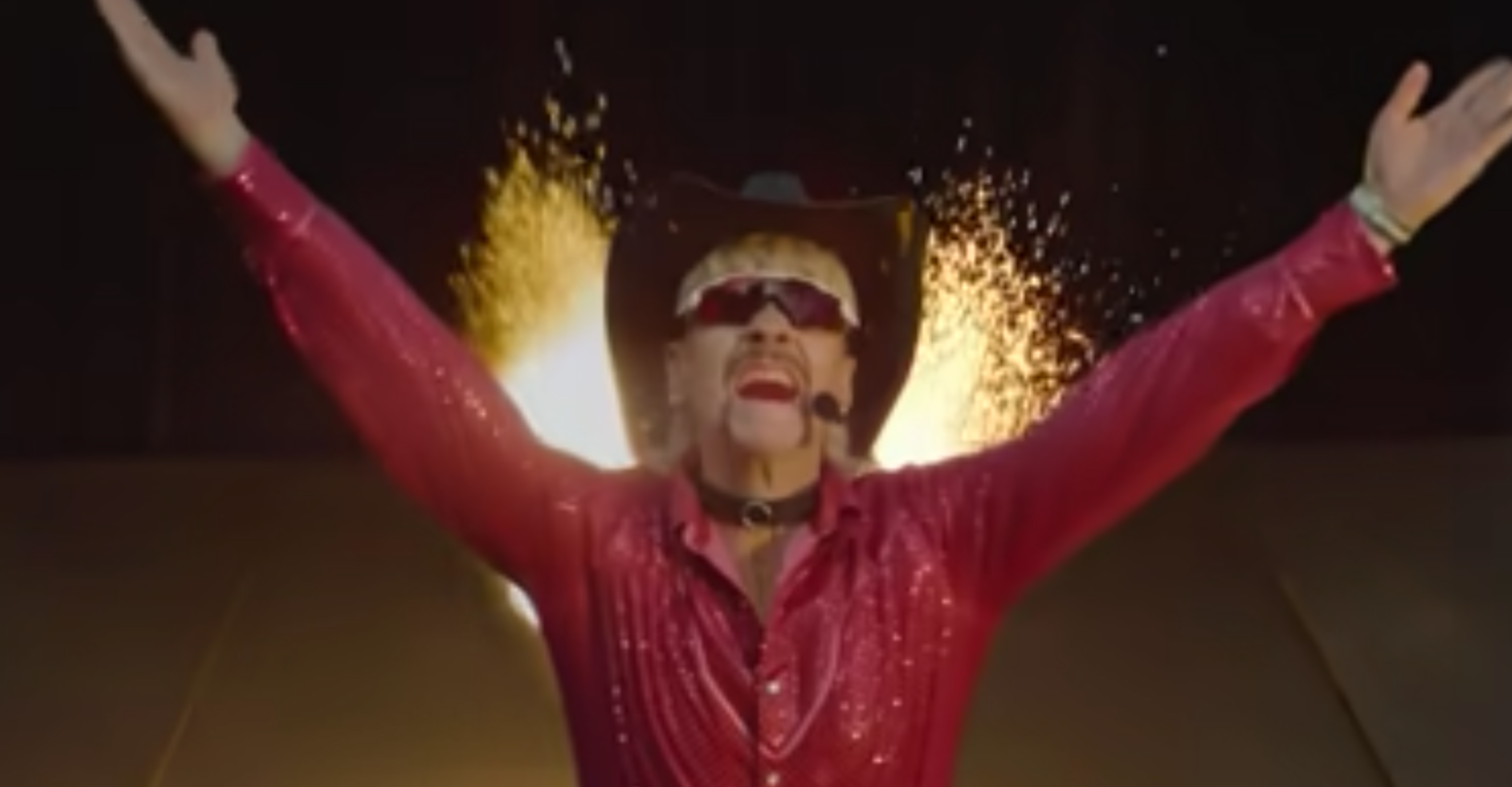 For the three of you who haven’t tuned into America’s trashiest true crime hit, the original documentary follows the deadly feud between rival tiger keepers Joe Exotic and Carole Baskin. Many of the documentary’s primary subjects are queer, including Joe (who had a polyamorous marriage to two straight men), Carole (who came out as bisexual after the doc), and Joe’s zoo manager Saff (who is trans and uses he/him pronouns, despite being misgendered throughout the doc).

The upcoming adaptation is not shying away from this aspect of the story and has cast queer actors in the roles—including John Cameron Mitchell as Joe, Kate McKinnon as Carole, and nonbinary actor Lex Mayson as Saff.

As for whether we’ll get any new insight on this bizarre story, the official synopsis sounds fairly close to the original documentary: “Peacock’s limited series follows Carole Baskin, a big cat enthusiast, who learns that fellow exotic animal lover Joe ‘Exotic’ Schreibvogel is breeding and using his big cats for profit. She sets out to shut down his venture, inciting a quickly escalating rivalry. But Carole has a checkered past of her own and when the claws come out, Joe will stop at nothing to expose what he sees as her hypocrisy. The results prove dangerous.”

But in a statement alongside the trailer, showrunner Etan Frankel promised new surprises in store, saying, “I hope that when people watch Joe vs. Carole, just maybe they’ll see these people that they thought they knew in a brand-new way.”

He went on to commend the actors involved: “We knew it would take two extraordinary actors to portray these larger-than-life people as the complex, three-dimensional individuals that they are.  John Cameron Mitchell is one of the most gifted and thoughtful actors I’ve ever worked with. He cares so deeply about the work, and his performance is breathtaking. And Kate McKinnon is simply remarkable. She is able to make us double over with laughter one moment and then break our hearts the next. It was an absolute thrill to watch these two exceptional actors morph into these roles.”

Look out for Joe vs. Carole when it premieres on Peacock on March 3rd.