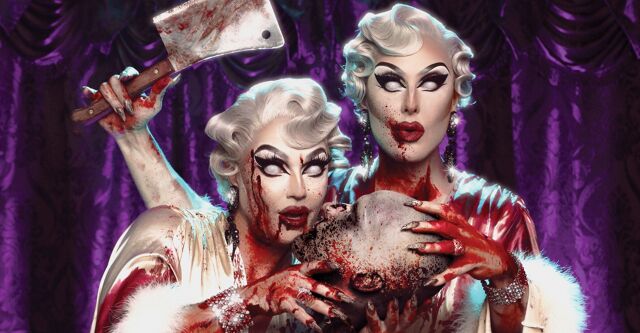 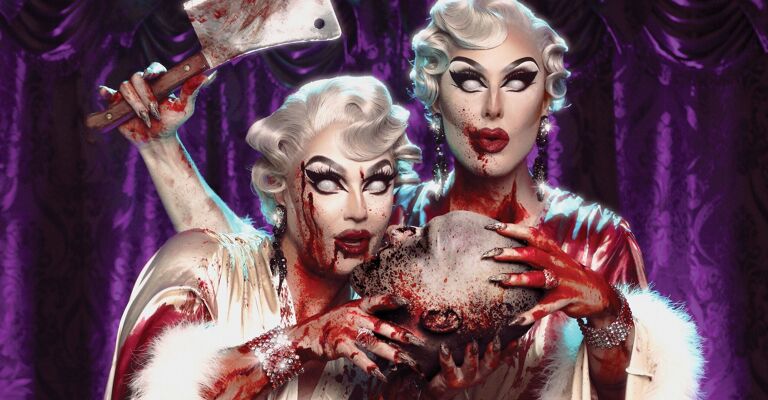 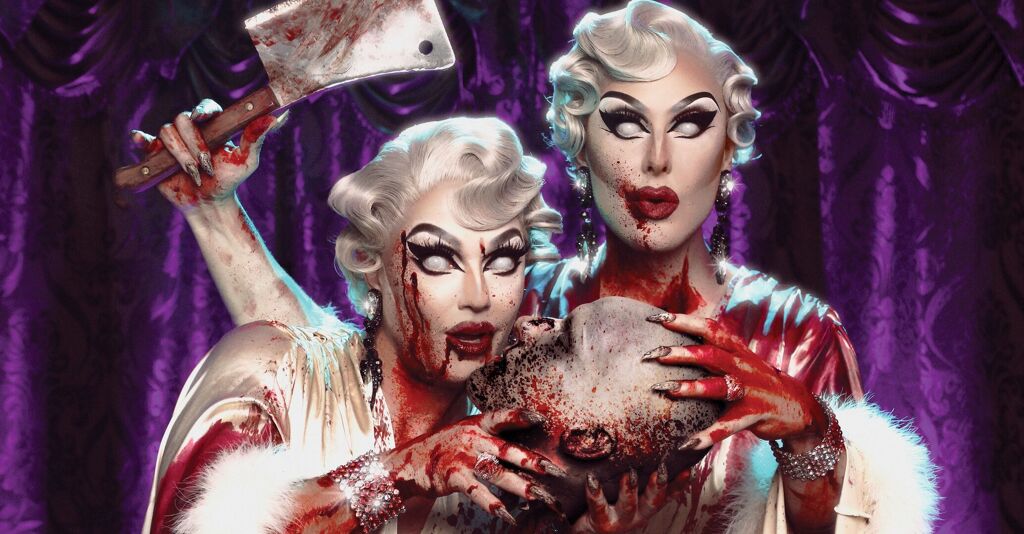 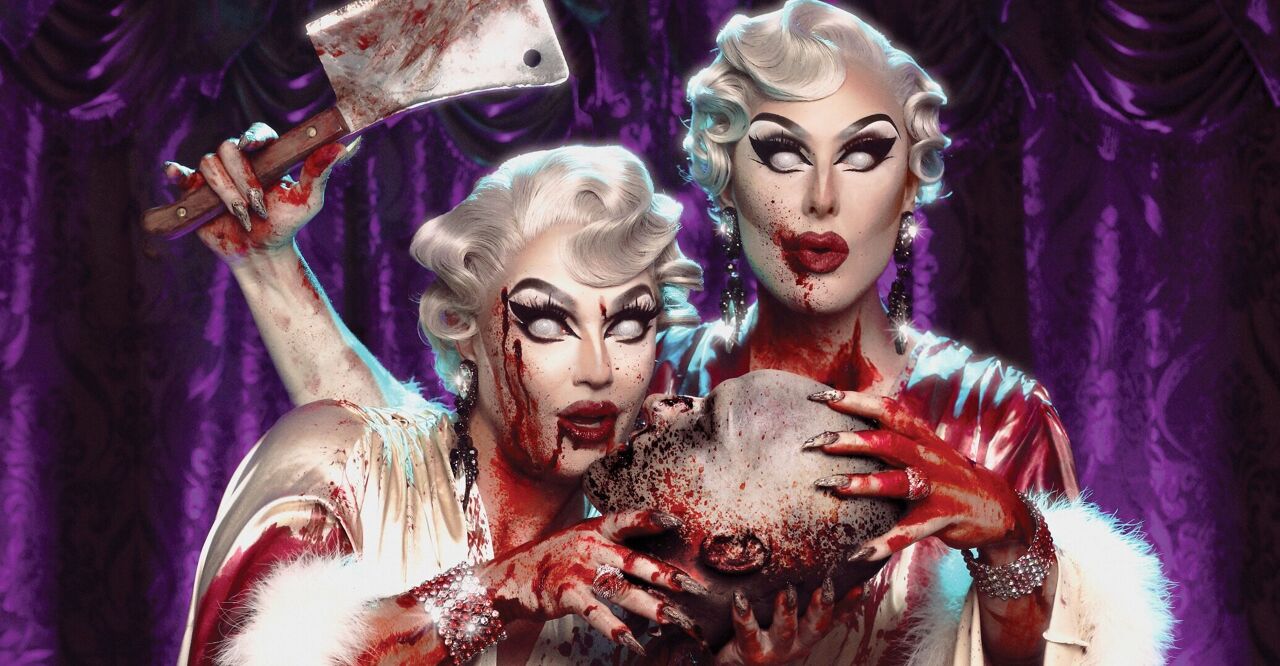 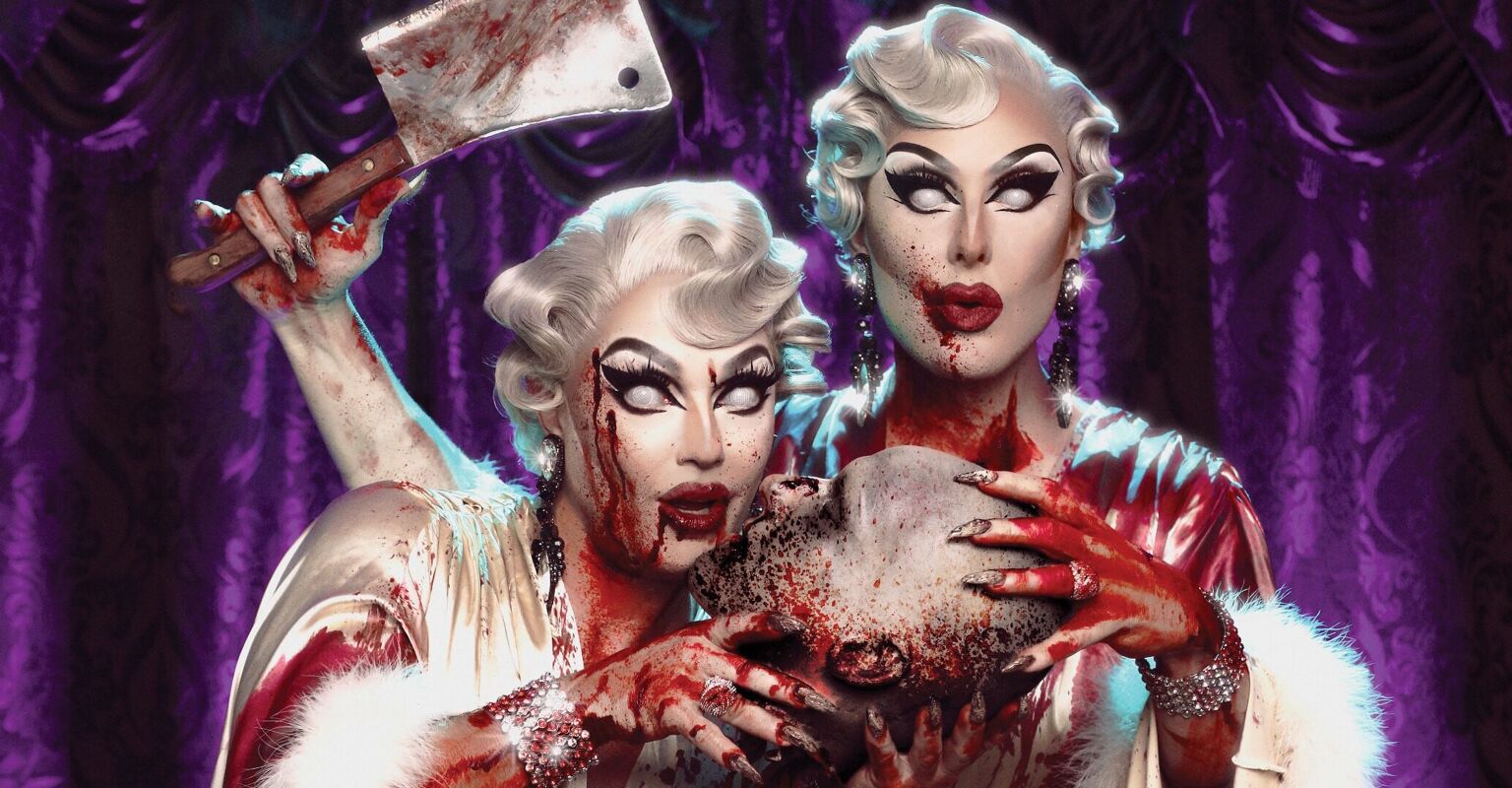 INTO sat down with the Boulet Brothers to talk what makes a Titan, why they don’t fit in at Hamburger Mary’s, and what they’re looking for in a Dragula winner.

Dragula has been going for four seasons now. What inspired you to create a Titans season? And why is now the time for that in the grand scheme of the Dragula cinematic universe?

DRAC: The biggest reason is that we feel like we brought these characters in from obscurity. We pick these drag artists who are uncelebrated, they perform locally in their town or whatever, not a lot of people are familiar with them. And then we bring them on the show, we get people passionate about their stories and their histories and their growth — and then the season’s done. That’s it. It’s almost like reading the first chapter of a great book, and you don’t get to see the rest of it.

So we’ve always felt like, “God, I really wish we could follow up with this story. What are they doing now, today? Where did their storyline go?” Now, with four seasons and then the Resurrection special under our belt, we felt like we had enough of a cast together that we could finally do that.

SWAN: We’re big fans, not only of these competitors — because of course, it’s why we cast them and choose to try to elevate and boost their careers and visibility — but we’re also huge fans of reality television. And there’s something magical about having someone come on their first season where they’re still TV virgins, and then when they return to television, there’s something empowered and transformed. How are they now that they’re cognizant of the fact that they’re these characters on TV?

And in terms of casting, what did you define as a Titan? How did you go about choosing these 10 artists?

DRAC: There’s a few things we were looking for in a Titans cast. One thing is growth: we want to see that they’ve had some elevation since the last time they were on camera. Another thing is that their stories are compelling enough that the viewers wanted to see more of them.

One of the qualifying elements in our mind is that we feel they have more to show that people didn’t get to see. In the instance of Yovska, when we first cast Yovska for Season 3, in our minds we were like, “This person is going to make it to the top three.” And just because of an unfortunate list of circumstances, they went home early. We know what their talent level is, but the audience may not.

The cast has referred to this season as “Gagula” because of how exciting it is. What sets Titans apart from previous seasons?

SWAN: For Drac and I, it was almost like this sadistic little playground. We were like, “It’s Titans, so we can do what we want.” I mean, we always do what we want. But we just felt an extra measure of freedom, and we took it. We kept the contestants off their center the entire time, from episode one to episode done.

DRAC: Part of what makes the show fun is that the competitors really don’t know what to expect when they come on for their first season. But these people have already been here, and I didn’t want them to come into this scenario thinking “I know how to game this system. I know what it’s like to film a season of Dragula.” Because when they got to Titans, they immediately discovered that they did not know what it was like. So we still get to see them on their feet and on their toes and in an uncomfortable space, which is exactly where we like to keep them.

Oh, I’m very excited to watch it. The trailer got everyone really hyped, particularly that clip of a contestant in a cage filling with water, which is absolute nightmare fuel. Speaking of, Dragula is notorious for its hardcore extermination challenges, which have been part of the show since the beginning. On paper, surviving these Fear Factor-style challenges might not necessarily seem like an indicator of the quality of someone’s drag. So why is surviving extermination necessary for a drag supermonster?

DRAC: Look, we’re not a traditional drag format, and we’re not traditional drag artists. The two of us came up in a different scene. We started our career at fetish parties and crazy Mad Max festivals in the desert. We would do events where we had piercing demonstrations and tattoos happening during the night and fetish stages, and we would do all sorts of circus tricks — we would walk on stilts and breathe fire. That’s the realm that we come from. We don’t come from the “5, 6, 7, 8” at Hamburger Mary’s, like, “Let’s get some tips and get the gig.” That’s just not our thing.

When we created Dragula, it was to celebrate other artists like that: people who would be more comfortable doing these sorts of things than doing a comedy challenge or some sort of Beyonce choreography. That’s just not our arena. So we wanted to make sure that the things we were asking them to do fit the style of show and the style of drag that we were trying to create space for.

SWAN: Also, we’re not just testing their drag skills. This is more about testing the individual. Do you have the punk spirit that we believe drag was born in and born from? How badly do you want it? And can you face the things that could potentially stop you from reaching the highest heights of your personal goals?

And while we’re on the topic of challenges, are there any themes that you haven’t dug into yet for a floorshow that you’d love to do in the future?

DRAC: Oh my god, there’s a ton. We have an ongoing list. The theme of the season helps us determine. This season, it’s Titans and we’re in the underworld, so we really want to pick our favorite challenges. We don’t want to do a ton of new stuff, but we want to interpret it. This season is a love letter to fans of Dragula. If you love the competitors, if you love the challenges, if you love the judges, this is just a huge celebration of all that. But of course we elevate it and change it so it’s not the same thing. But going forward, oh my god, there’s tons of floorshow themes that we’d like to do.

SWAN: This might sound lofty and crazy, but it’s true: we take cues from what’s going on in the world, or even what’s going on with social currents. Season Three, we felt very differently, and we wanted to lean into more highbrow horror, which was happening at the time. And then even Season Four was something different.

Now for Titans, we really decided that we are going to lean back into the roots of the show. We’re not going to be afraid to be deadly and cutting and cunty, but also stupid and funny and self-deprecating. And who knows what it will be when we come to Season Five and beyond? We read the moment and then create for that moment.

So on Titans, you’re rehashing some fan-favorite challenges, but taking them to another level?

Sounds fantastic! The line-up of guest judges this season is also impressive, including icons like Elvira, Harvey Guillen, and critic Joe Bob Briggs. In your wildest dreams (or nightmares), who would you have on as a guest judge that you haven’t had yet?

DRAC: I’d love to have Jamie Lee Curtis on for a Halloween challenge.

SWAN: That would be so major.

And at the end of all this, you have to pick a winner. Dragula has its three major pillars: filth, horror, and glamour. Does a Dragula supermonster have to balance all three?

DRAC: I think we may have different feelings about this. For me, I think it’s fine for them to lean into one or the other. I think you have to be able to do all of them, but you don’t have to actively do all of them.

SWAN: The world that we come from, it’s dark. Being queer in the world can be dangerous and scary and depressing and all these things. So instead of letting that cast a shadow on your life or try to ignore it, we celebrate it, and filth, horror and glamour are just the primary colors to paint that dark world. A queen like Biqtch Puddin’ is very different from Vander Von Odd, but they come from the same world, so you can have different degrees of those influences and win.

DRAC: I will say we don’t like to pick winners that are too similar. I think it goes back to our love of classic ‘80s cartoons and villains. You would always see the rogues’ gallery. It would be Cobra Commander and his squad, or Skeletor and Evil-Lyn, or the Injustice League, or whatever it might be. I love that they all always look different and they’re so distinct. I picture us like a pack of action figures, and I just want them to all be very different.

Well, I think you’re in luck with this cast, because they definitely each have their signature style.

DRAC: I hate when you see a cast of a show come out, and you’re like “I cannot tell you people apart. Literally, this is the same skinny twink in every picture.” I’m just not into it, you know?

Totally. Before you go, how would you sum up this season of Titans in one word?