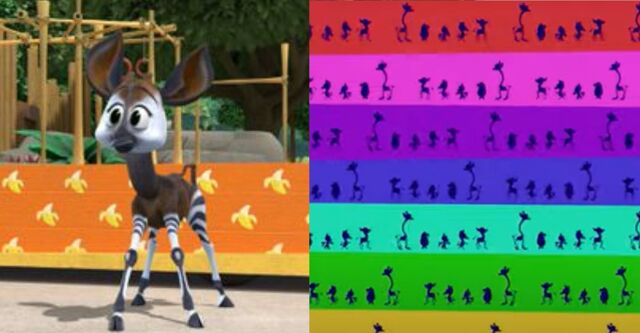 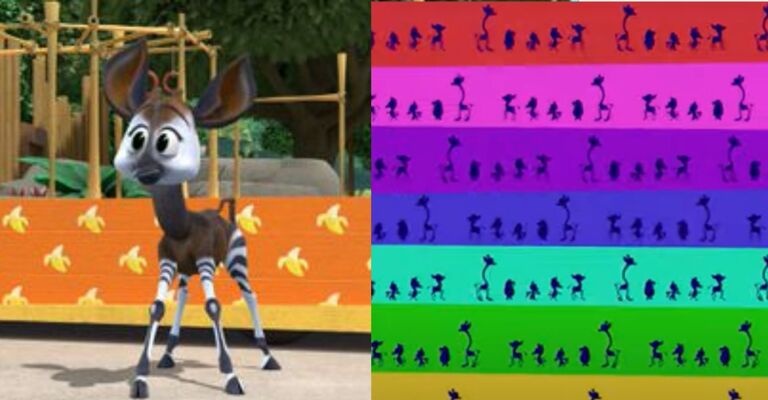 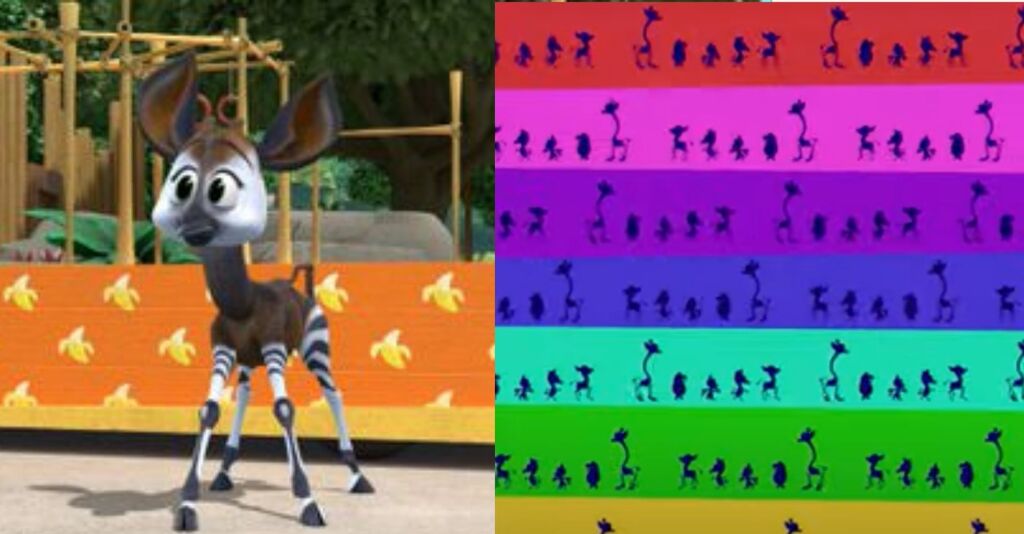 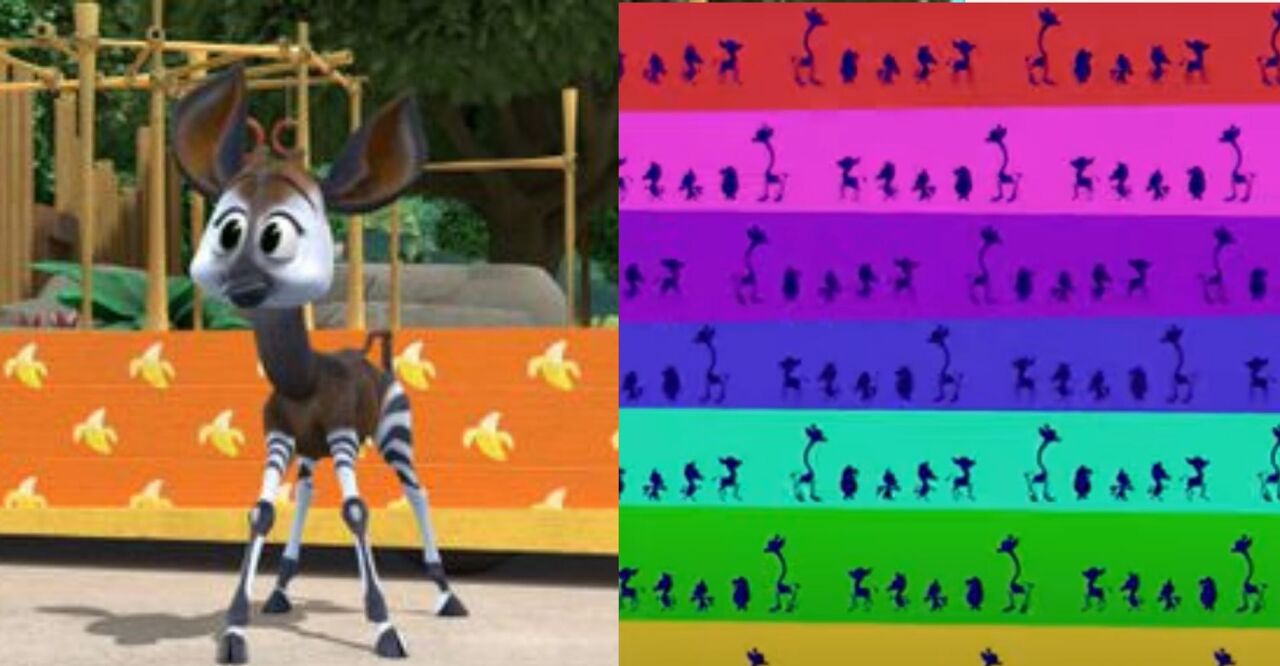 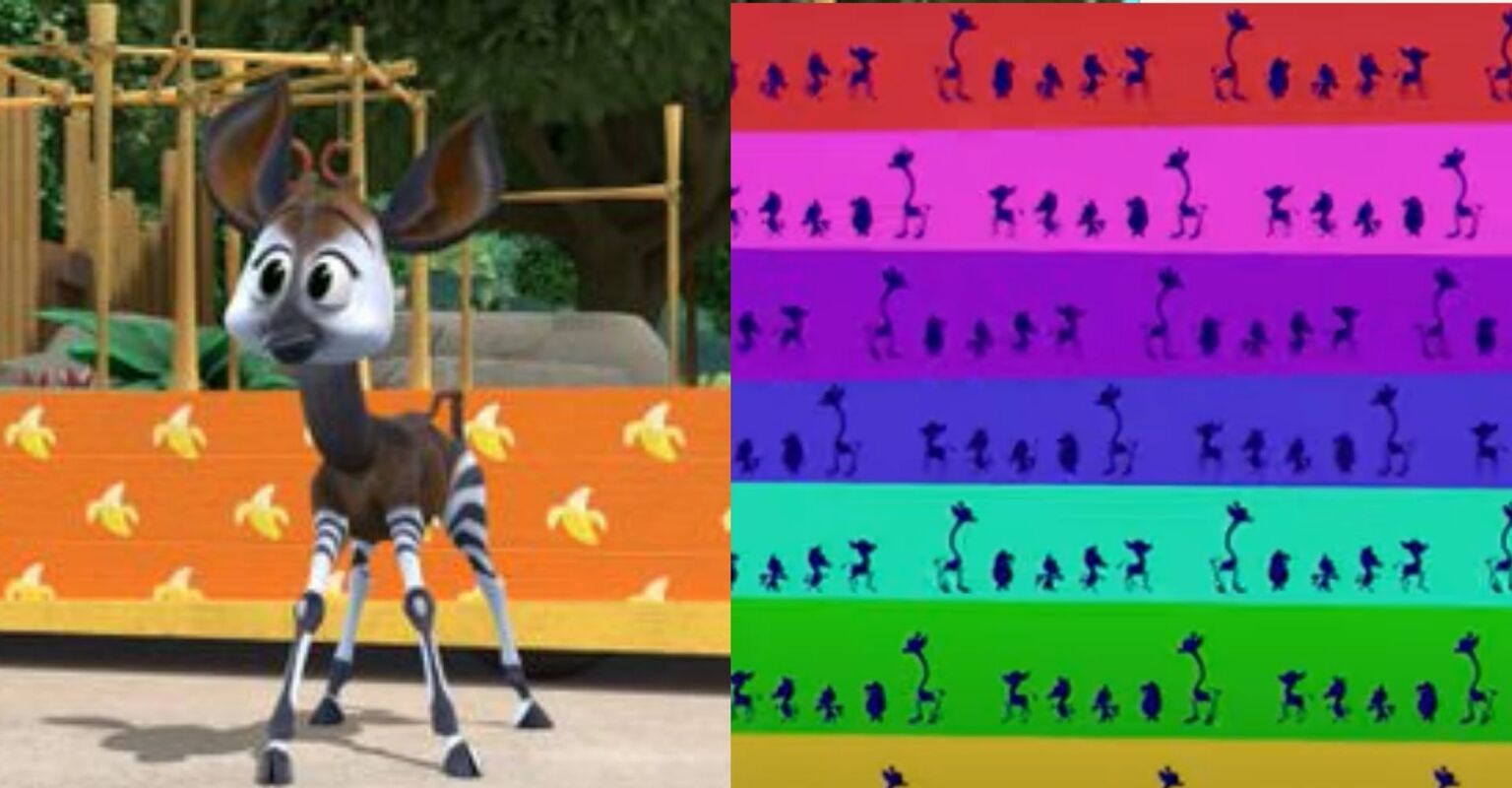 Neither Zebra nor giraffe, neither he nor she, but living happily in between, Odee is an okapi who loves who they are.

The Madagascar spin-off show “Madagascar: A Little Wild” features Odee, its first non-binary character, within the upcoming third episode of the third season, titled “Whatever Floats Your Boat.”

The designated animals gather around their respective floats, but when Odee arrives, Marty the Zebra can’t decide which float the okapi should ride on. As an Okapi, Odee has stripes that mirror those of Marty the Zebra, but they also have a long neck like a giraffe.

Before confusion ensues, Odee volunteers their own understanding of who they are:  “It doesn’t matter what we are, as long as we’re proud of who we are.”

With a script partly written by queer writers and consulted on by GLAAD, the episode helps maneuver the intricacies of identity in a visual way that’s easily understandable for an audience of all ages. By producing an articulate script that introduces a non-binary character to younger viewers, the show offers an important, clear message about the gender binary: you don’t have to choose between being this way or that, between being swaddled in blue or pink. The in-between is a great place to be.

They went on to explain how the character of Odee defies the need for any path predetermined by a gender binary, “I think seeing Odee and the care from Odee’s friends would have made me not feel so isolated,” Menas said.  “At times, I felt so isolated in my experience. I didn’t know I was non-binary as a kid. I didn’t even have that language as a kid. If I would have seen this when I was a kid, I don’t even know what I would’ve done.”

Seeing queer kids feel acceptance is the stuff of tears, and Menas gladly admits the episode brings up a lot emotions for them, “This kind of acceptance and love and celebration, I think, is the biggest takeaway from this episode. It’s just a beautiful thing. Makes me cry.”

Odee is more than a non-binary character on a TV screen: they’re a reminder of how much kids can benefit from seeing gender diversity in the world, and in media. Odee’s message couldn’t be simpler, or more universal: always be kind and be yourself when you can: you could just inspire someone to be their truer, kinder self.