Every summer, millions of LGBTQ people worldwide flock to various cities – usually in wealthy Western countries – for various Pride parades. Together, we march. We march to commemorate the trailblazing rebels of the Stonewall riots. We march in solidarity with queer communities still being persecuted in 72 countries across the globe. Although Pride is, first and foremost, a protest, the privileged among us can also celebrate the freedoms we do have with drinks, dancing, and countless events designed as tributes to all things queer and fabulous.

Although concerts and drag performances are often prerequisites at Pride events, few organizers have gone so far as to create entire festivals dedicated to LGBTQ people. A few notable European examples like Berlin’s YO! Sissy and Amsterdam’s Milkshake (which this year came to Sao Paolo for the first time) continue to fill this iridescent gap in the market, but other festivals worldwide largely prefer to relegate queer acts to one stage or one slot. Generally, bookers want to attract LGBTQ patrons, but not enough to create experiences tailored towards them.

With this in mind, I took it upon myself to explore the wondrous potential of committing to a wholly queer festival by taking my first trip to Milkshake. Billed as a truly inclusive celebration of LGBTQ talent and staged the weekend before Amsterdam’s official Pride parade, the event this year drew a crowd of approximately 30,000 revelers across two days, making it one of the biggest queer festivals in Europe. 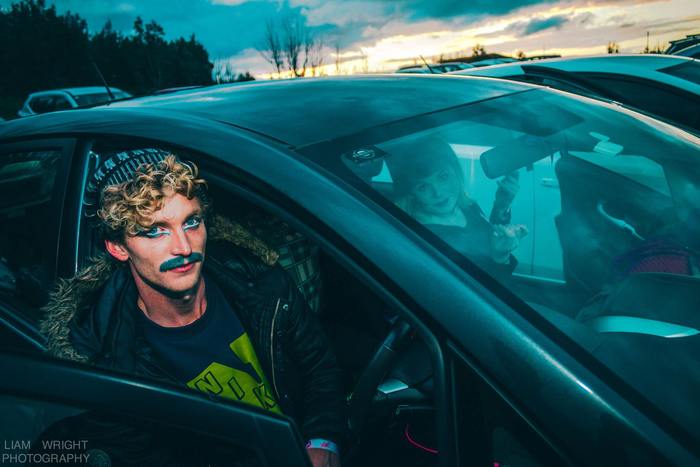 It’s not hard to see why. Drag queens on towering chairs waited at the entrance with megaphones to welcome party-goers; next to them was a large-scale artwork made up entirely of dick pics and crowned with a mechanical penis which thrust slowly in and out of sight. This was a fitting opening glimpse at a truly unique festival, featuring everything from vogue balls, drag bingo, and foam parties to the Village People and a bear ball pit. Here was a celebration of all things camp which was entirely judgment-free and, better still, soundtracked by throes of talented queer DJs (Shug La Sheedah and Sjeazy Pearl were just two examples) I wasn’t already familiar with.

YO! Sissy has been similarly successful. Inspired by the countless queer musicians that called Berlin their home, founders Scout and Pansy set out to create a fluorescent celebration of LGBTQ talent, performers, and vendors. The result is a festival which continues to grow in size and profitability without succumbing to corporate sponsorship. This lack of mainstream collaboration makes it easier to remain authentic and not compromise – an achievement which, given the growing popularity of queerness amongst advertisers, is not something many Pride events can claim.

There may be an appetite for queer festivals in Europe, but what about the United States? Although various examples do exist, – country-focussed Gay Ole Opry, California’s Luscious and Chicago’s punk-driven FED UP are just a few – it seems that Europe currently has a monopoly on the market. The organizers of New York Pride are looking to change this, recently expanding the city’s day-long Dance on the Pier into a weekend-long extravaganza: Pride Island. “We really felt it was a needed change to better reflect our diverse community,” explains Managing Director Chris Frederick. “While the Dance on the Pier was an institution, it never felt like it truly captured a wide variety of musical genres. We were excited to bring together a wide range of artists that could really speak to the modern LGBTQ attendee.” 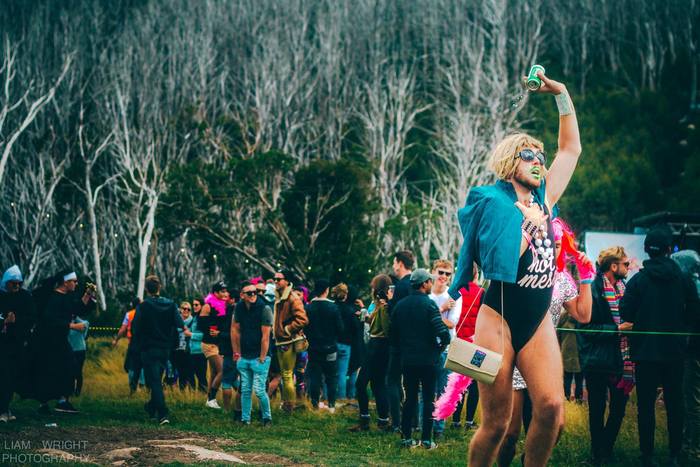 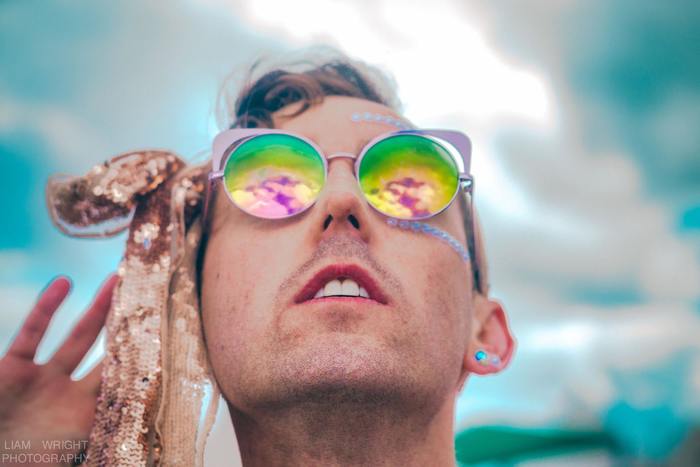 Dubbed a “cultural experience” on its official site, the three-day festival gathered queer artists and allies from around the world at a venue backdropped by the picturesque Hudson River. A series of grants were established to distribute profits amongst local communities, whereas a lineup brimming with high-profile names like Nelly Furtado, Years & Years, and even Patti LaBelle was designed specifically to appeal to everyone. “I’ll be the first to admit that I didn’t know much about indie and fringe artists before we started building out the roster,” says Frederick of curating the bill. “It really pushed me to discover more music, and I personally grew from the experience.”

Elsewhere, in Victoria, Australia’s beautiful Lake Mountain Alpine Resort, Gaytimes festival offers an experiential alternative. Alongside acclaimed DJs and musicians from around the world, a series of treatments, art installations, and yoga sessions are available to party-goers; the result is a queer festival unlike any other.

Conceived as the brainchild of co-founders Mason Browne and Anna Whitelaw, Gaytimes was born primarily out of frustration: “We shared an experience of navigating queer spaces that we didn’t necessarily feel comfortable in,” explains Browne. They decided to tackle this exclusion by taking matters into their own hands, creating Closet Party and a monthly club night, For Homosexuals and Those Who Love Them. “A couple of years ago we wondered how to evolve the event and the experience it held for people attending,” continues Browne. “We had previously fantasized about the idea of a music festival, but nothing concrete had formed. After a lot of discussion and scouting possible locations, we reopened the project, and I guess our little dream came true!” 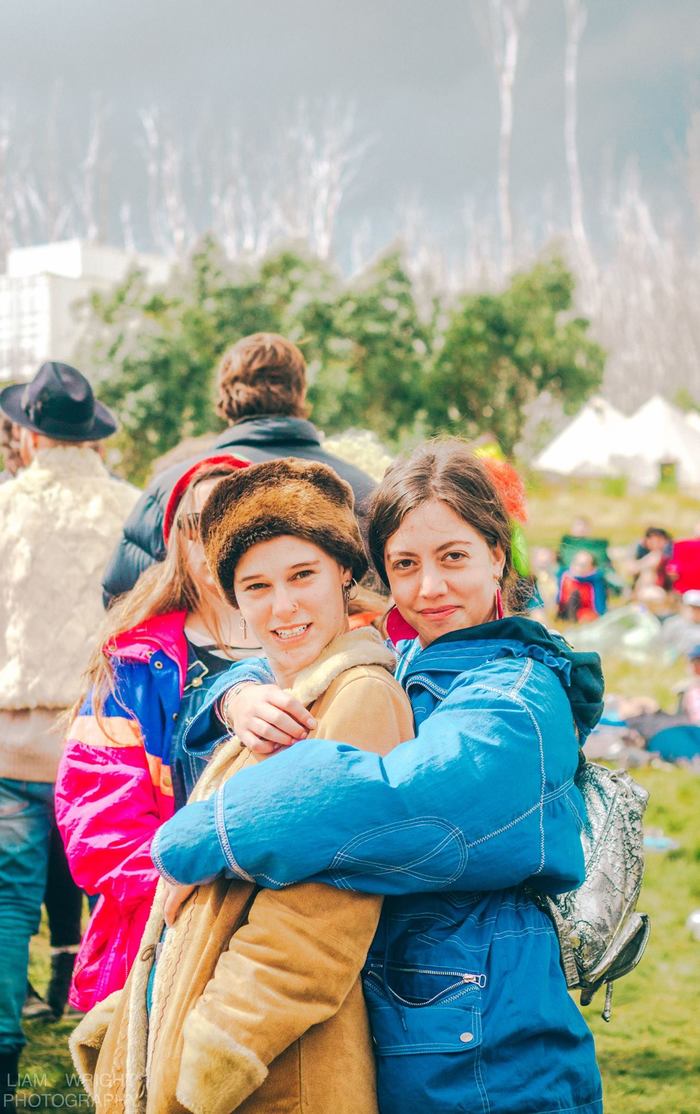 Although still in its infancy (the first was just last year), the organizers have continued to ask themselves what truly defines a safe space: “We spend a great deal of time on feedback, not all of it good, but always constructive,” says Browne of a series of changes introduced this year. “We, as a community, must navigate shame, homophobia, transphobiaA whole gamut of ill treatment. We now engage in many levels of consultation to make Gaytimes safer every single year. From gender-neutral bathrooms, extensive security, and staff and volunteer training to creating a dedicated accessibility charter, we will always be reviewing our best practice.” Admirably, they set an example by working with advocates – to whom Browne expresses gratitude; unlike many others, this is a festival designed for, modified by, and built alongside a genuine queer community.

These events also offer new experiences for underrated queer musicians to reap the credibility and exposure they deserve. Much of the music industry is still male-dominated, whereas press outlets often pigeonhole or sideline LGBTQ artists into categories dictated by gender and sexuality as opposed to similarities in style or ability. Queerness is profitable, yet the artists who identify with it aren’t necessarily receiving these profits; instead, bookers and labels often tokenize them, whereas mainstream artists preach solidarity in exchange for good PR.

“Each year we want to offer a platform for queer and gender-diverse artists to perform, and some of the best artists and selectors fit that description,” explains Browne. “Anna is a consummate programmer; she spends a lot of time scouting the scene and speaking with artists, DJs, friends, and complete strangers to find a fabulous array of talented artists. We then get to sit down and listen – that is the part I most look forward to.” 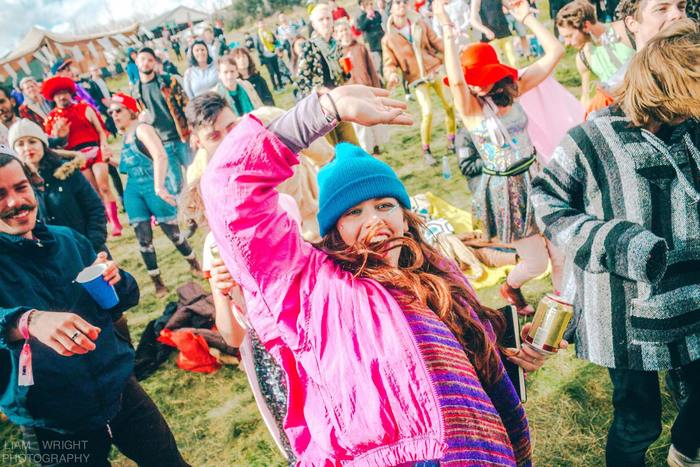 Browne also alludes to a myth which often derails conversations around events geared towards certain communities: that they are exclusive. Recent articles have been written about who should and should not come into these “safe spaces,” most of which are, perhaps subconsciously, tinged with misogyny. The purpose of these festivals should be to create an inclusive environment as opposed to one of exclusivity; in an ideal world, these events should be about attitude, not identity. “We don’t draw the line at our allies, and we don’t make apologies for that,” they explain. “It’s important for us to always strive to create an atmosphere of inclusion.”

These kind of LGBTQ-focussed festivals are still a relatively new phenomenon. One-day events have always been staples at Pride parades worldwide, but Gaytimes and Pride Island represent two distinctly different events looking to expand on these existing celebrations and offer a more in-depth experience. Hearteningly, they have both, according to their organizers, been met with hugely positive responses. “I had so many people reach out to me and say, ‘Thank you for creating something fresh and modern,’” says Frederick, before stating intentions to continue building on the momentum of Pride Island.

Browne is equally pleased with the reaction to Gaytimes, describing the joy both he and Whitelaw take in seeing joy on the faces of attendees. It isn’t the only queer festival in Australia – they namecheck Midsumma, Sydney Mardi Gras, and Tropical Fruits as other stellar examples – but it is new in the sense that it offers queer festival-goers “a frolic in the forest atop an alpine mountain.” Perhaps surprisingly, the founders don’t profit from Gaytimes, choosing to view it instead as a community-focused venture. “Anna and I take no profit nor pay from this enterprise, but, in place of that, we see smiling faces, mountain air, new friendships, partnerships, love, and memories – we hope that’s what brings people back. At the end of an exhausting week on the festival site, our heads may be nodding for some much-needed sleep, but you couldn’t wipe the smiles from our faces if you tried!” 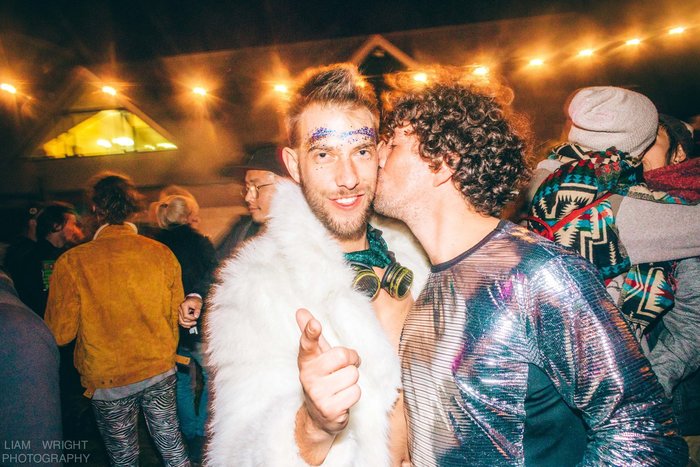 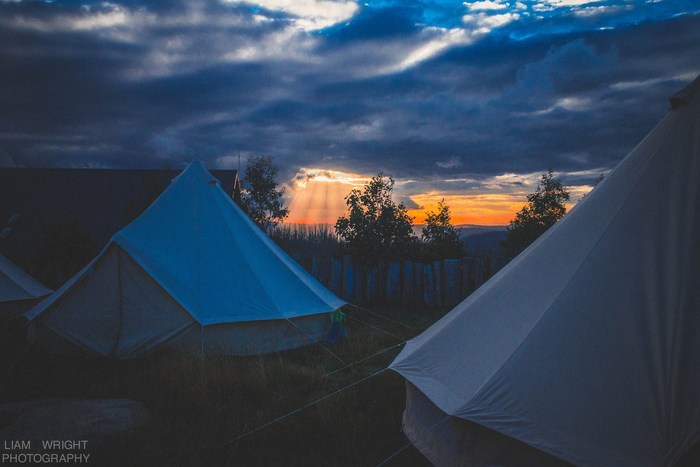