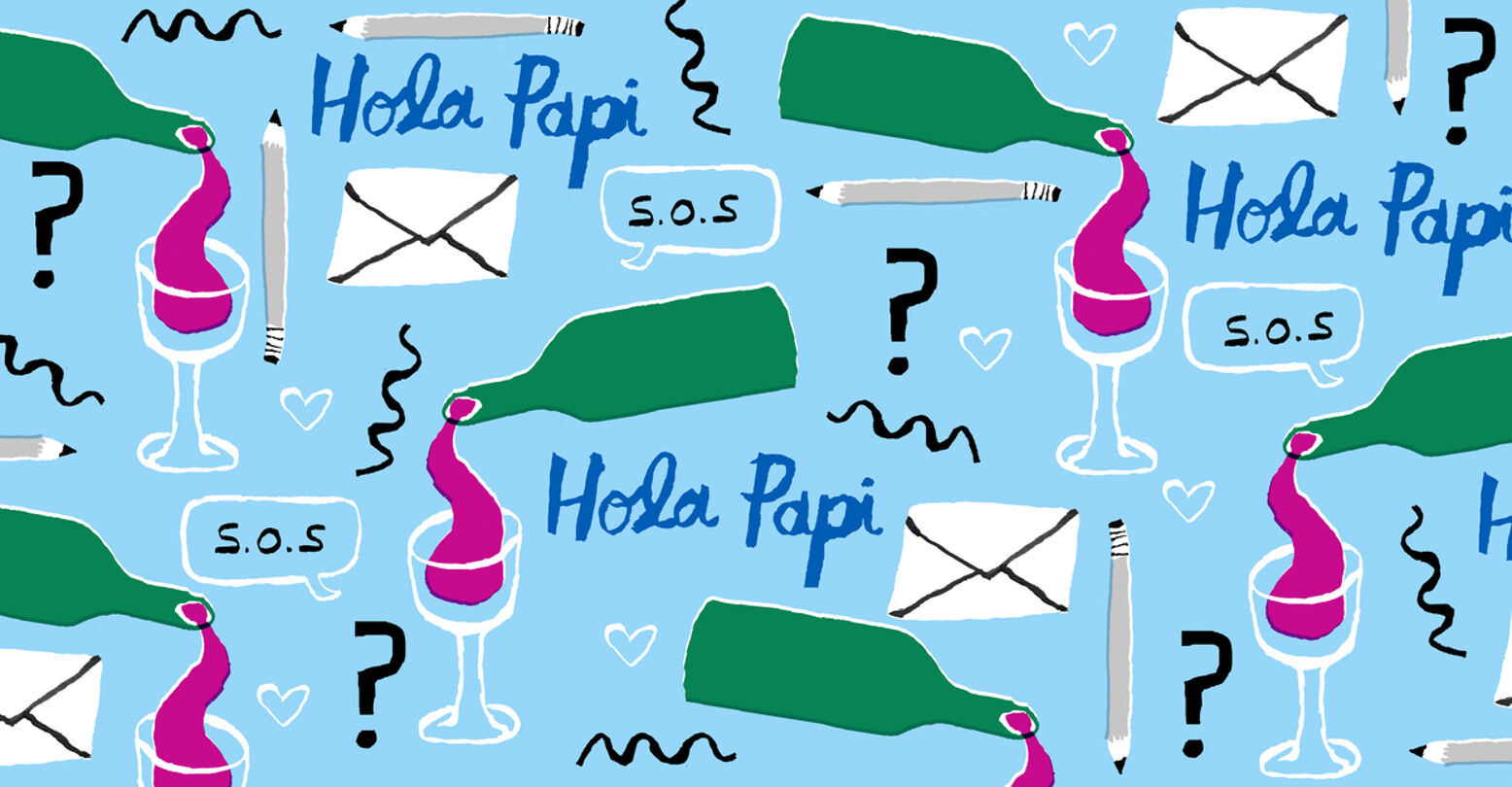 In this week’s Hola Papi!, the advice column by writer, Twitterer, and prolific Grindr user John Paul Brammer, a young reader has some queer high school drama and needs some #help.

While she has had a gaggle of queer lady friends to help her get through high school so far…there’s been a recent change. The gal pals that used to do everything with her now only stick together, and our dear reader finds herself clueless as to what is happening.

And she now feels that she’s being iced out because she’s just not queer enough. Thank goodness for Hola Papi.

A big midwestern hello from Indiana! I have some queer high school melodrama for you. I’m 16, and can’t help but feel like all of my queer gal pals are leaving me behind.

Over the summer, they all shacked up without telling me, leaving me confused and single (which isn’t their fault, but still). They made plans with me for winter formal, canceled on me at the last minute, and then proceeded to make plans without me and with the other queer gal-pals (I gave up and went to a debate competition instead). I also just found out that one of them had a birthday party without inviting me, and they don’t even know that I know about it.

This letter probably paints them in a really negative light, but I promise they’re not mean or doing this on purpose (I think). When they talk to me, it feels great. They’re always saying that they love my style and how I can make anything look like a trend. They don’t spread rumors nor do they gossip about anyone (gay or straight), and when I share classes with them, we always have a great time being gay and smartasses in the back of the room, and it’s always great to hang out with them.

But whenever someone more exciting (or gayer) comes along, they leave me, and I’m back to square one. I just feel like they never make an effort, and I’m always the one who’s trying to impress them, or god, I don’t know, just trying to be their friend.

Papi, is there something wrong with me? Am I not gay enough for them? I know that this may seem trivial, but it feels like the end of the world for me.

Ah, at lastqueer high school melodrama. I can literally feel my electrolytes replenishing, Isolated. Let’s sit together in the cafeteria and talk about the cool kids, shall we? Great. Let’s get into it.

It sounds like you’ve got a case of squad envy. The Cool Queers are cordial with you and like you well enough, but they haven’t invited you into the inner sanctum of birthday parties and winter formals.

Though I have to tell you, I think you made the right decision in going to the debate competition. Who wants to dance with teenagers when you could be fighting them for points? The choice seems obvious.

Anyway, I wish I could tell you this was exclusive to high school. But in my experience, while high school itself eventually comes to a merciful end, most people continue being high schoolers well into adulthood, and Cool Queer Syndrome persists.

It can all feel terribly intimidating. Especially when you feel like you’re a mediocre person adrift in a sea of excellence, just treading water and hoping against hope someone throws you a lifesaver. It can also be very tempting to seek approval from these people, because maybe their approval would mean you are worth approving of.

But friends aren’t supposed to work like that, Isolated. We shouldn’t be worried about being impressive enough, or good enough, or gay enough to be in a crew. Friends are supposed to be a refuge from those feelings.

Personally, in my best, healthiest friendships, we actively remind each other how uncool we are. Vehemently and creatively, I would add. If you can’t let your guard down among your friends, then are they really your friends?

Don’t get me wrong, I’m not saying these folks think they’re too cool for school and are excluding you because they think you’re some kind of irredeemable loser with bad clothes and heterosexual taste in music. You said they were nice, and while I don’t love that they’ve canceled on you a few times (at least a red flag), I’m willing to take your word on it.

Have you tried being upfront and just asking to be better friends? There’s no harm or shame in that, and if they are as great as you say they are, they won’t be cruel about it. I’ve done this to positive effect! Just said, “Hey, I’d like to hang out more.” I have good friends who started out that way.

But if they cancel plans again or aren’t receptive of being closer, then they’re not the right people for you to be close with, no matter how shiny and gay they are in your mind.

Sure, it would suck. But you can’t let other people be the stewards of your self-worth. You’ll leave high school at some point. You’ll go your separate ways with this pack. But what won’t change is that you’ll still be you, and you’ll still be charged with caring for and loving you.

I hope things work out for you and this group, mostly because I am pro Queer Girl Squad under any circumstance. But I hope even more that you are able to affirm yourself as gay enough and good enough with or without their validation.