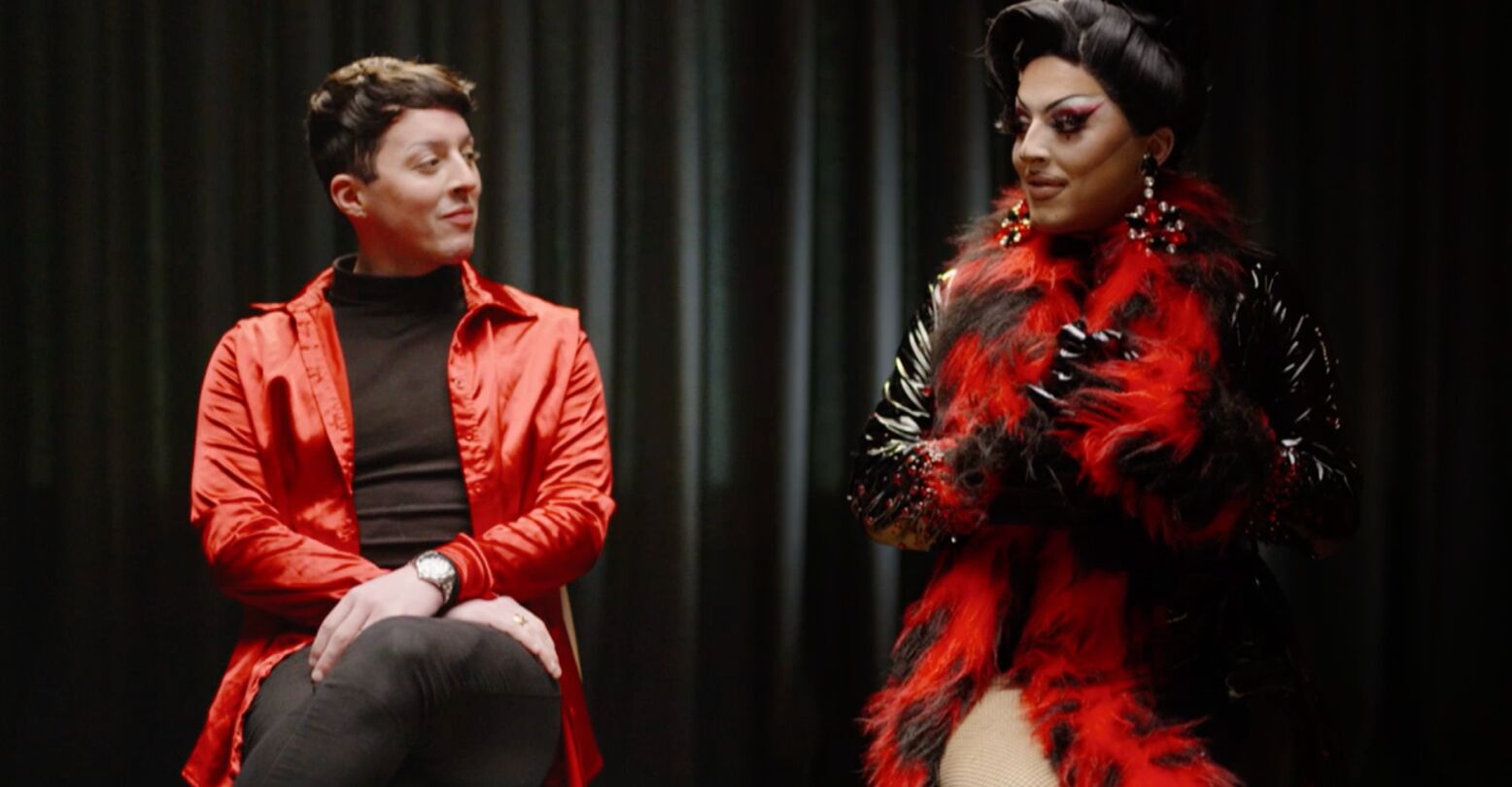 RuPaul’s Drag Race UK Season 2 was one of the most iconic seasons of the popular queer TV show to date, with its brilliant cast being largely responsible for its vast success. Queens like the eventual winner Lawrence Chaney, the people’s champion Bimini Bon-Boulash, and the lip-sync assassin of the season Tayce are only a few of the cast members who made it so entertaining. However, one queen that we sadly didn’t get to see enough of was Cherry Valentine, the second contestant to sashay away. However, we knew it wouldn’t be the last we’d see of them and they’ve proved us right by making their way back onto our screens with a new documentary, Cherry Valentine: Gypsy Queen and Proud.

Released on BBC iPlayer and airing on BBC Three from February 1st, Cherry, or George Ward when out of drag, uses the film to reflect on their Traveller upbringing, specifically within the Romani community. Ward briefly spoke about their childhood on the show, and for many viewers, this was their first exposure to a queer person from this background. The documentary allows them to explore their past more deeply and confront the homophobic attitudes associated with their community, all  whilst also challenging themselves to be proud of both their queer and Roma identities simultaneously.

Cherry uses the film to reflect on their Traveller upbringing, specifically within the Romani community.

The film begins with a light-hearted look back at Cherry’s time on Drag Race, accompanied by plenty of the Darlington queen’s infectious cackles that we’ve missed so much. Those who watched the drag reality show will know that when not performing as Cherry, Ward is a mental health nurse. However, they reveal here that they often used nursing as a means to hide from the other parts of their life and to keep them separate from each other. With a new desire to embrace all of who they are, Ward starts by telling their emotional coming-out story, including how they left their community at a young age due to their father’s unaccepting reaction. This helps to give the film the necessary context to understand Ward’s separation from their community and allows viewers to appreciate just why this is such a difficult issue for them.

Along the way, Ward talks to some familiar faces in the shape of their Season 2 sisters Lawrence Chaney and Asttina Mandella. The trio candidly discusses gender identity, body image, confidence, and race, and how their relationship with drag affects all of these things. Ward then rightfully turns their attention to other queer people from the Traveller community and spends the majority of the remaining runtime with them.

Ward talks to Ruby, a trans woman and Irish Traveller and the pair find some catharsis over shared experiences whilst also highlighting the challenges of growing up queer in their communities. Ward then goes on to discover Traveller Pride, an organization that they’re stunned even exists. The featuring of this group in the documentary gives it a much-needed platform to help reach those in Traveller communities who feel like there’s no one else like them. The importance of this group is further reflected in the film’s discussion of high suicide rates amongst the community.

The film makes queer people from the Roma and Traveller communities visible and confronts the stereotypes of their people in the process.

The film does excellently in making queer people from these communities visible and confronts the stereotypes of their people in the process. Gypsy Queen and Proud even sheds light on the experiences of Travellers who have faced unwelcoming behavior not only from their community for being queer, but from LGBTQ+ people for being Travellers. This is maybe the film’s best and most self-critical moment that shows just how much work there is to be done in creating safe spaces for queer people of all backgrounds. Some additional exploration of this topic would have been welcome.

Nonetheless, Ward’s film is a fine example of a queen using their Drag Race platform for good. Not content with their brief discussion on the reality show, Ward has delivered a more detailed exploration into queerness in Traveller communities. This is an important discussion that needs to be engaged with, and hopefully Gypsy Queen and Proud will simply be the beginning of an ongoing conversation that can benefit queer and straight people alike, positively enlightening their views of the Traveller community in the process. ♦